Since areas in and near the Thomas Fire burn scar were devastated so badly yesterday from heavy rainfall, I’m going to post more information on this event. First, my friend Bob Henson of Weather Underground posted his take, which is more technical than mine, showing more science as to why this most recent California tragedy occurred:

NASA offers a concise explanation as to why burned hillsides are such a flood risk. Not only do the fires consume leaves and other ground cover that would otherwise absorb rainfall, but they can also inhibit the water-absorbing capacity of the soil itself. As explained by NASA:

“Plants and trees have numerous protective chemicals with which they coat their leaves to prevent water loss. Many of these substances are similar to wax. Vaporized by the heat from fires, these substances disperse into the air and then congeal over the soil surface when the fire begins to cool. Like the wax on your car, these substances coat the soil, causing water to bead up and run off quickly. In general, the greater the fire intensity and the longer the fire’s residence time, the more hydrophobic the soil becomes.” The Thomas Fire was an exceptionally intense and long-lasting fire, as noted by California Weather Blog.

The fatal mudslide in Montecito was actually south (downhill) from the area scorched by the Thomas Fire, according to Santa Barbara County Fire Department spokesman Mike Eliason. However, any rainfall and fire debris flowing off the burned areas upstream would have headed down the hillside toward Montecito. The NWS office in Riverton, WY, cautions: “A good rule of thumb is: ‘If you can look uphill from where you are and see a burnt-out area, you are at risk.”

Unfortunately the death toll from this even has risen to 15:

What we know about the mudslides so far:

Unbelievable devastation… this is a drive westbound on Olive Mill Rd from Hot Springs in #Montecito. The lake at the end is the 101. #Ventura pic.twitter.com/twUc3ByrLX

Here is a summary of precipitation totals across CA and NV from our recent storm. Heaviest totals were along coastal mountains from the SF Bay Area through Southern CA. Notice the bulls eye of just over 6″ near #Montecito where a deadly mudslide occurred. #CAwx #NVwx #ThomasFire 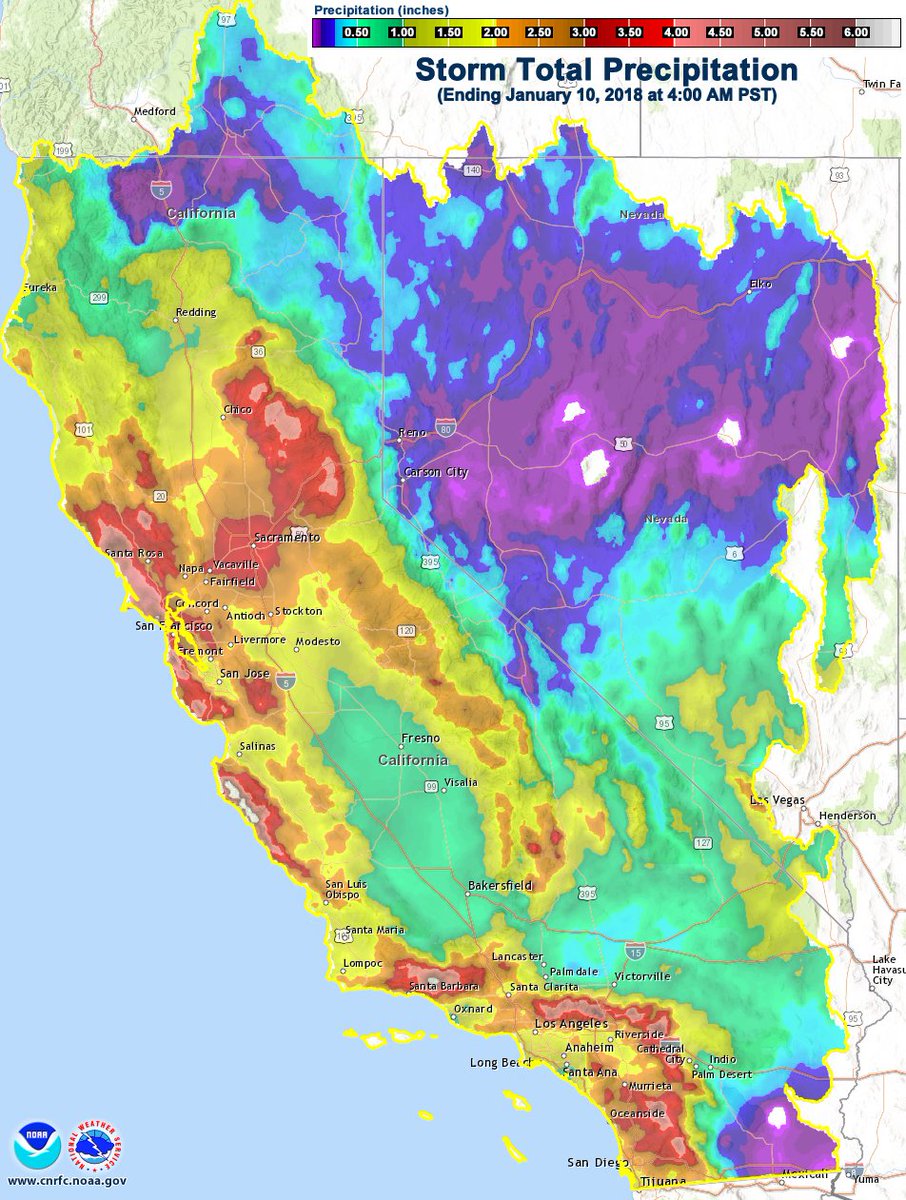 Believe it or not this heavy, intense rain event occurred during an overall dry pattern this winter due to a break in the dipole of a ridge aloft over the western U.S. and a trough in the East. Also, Southern California typically has a dry winter during a La Nina:

And just like that: drier and warm conditions return to much of California. SoCal will likely not see another drop of rain for next 7-10 days; NorCal may (finally) start to see some cooler systems that will bring modest Sierra Nevada snowfall around day 6/7. #CAwx 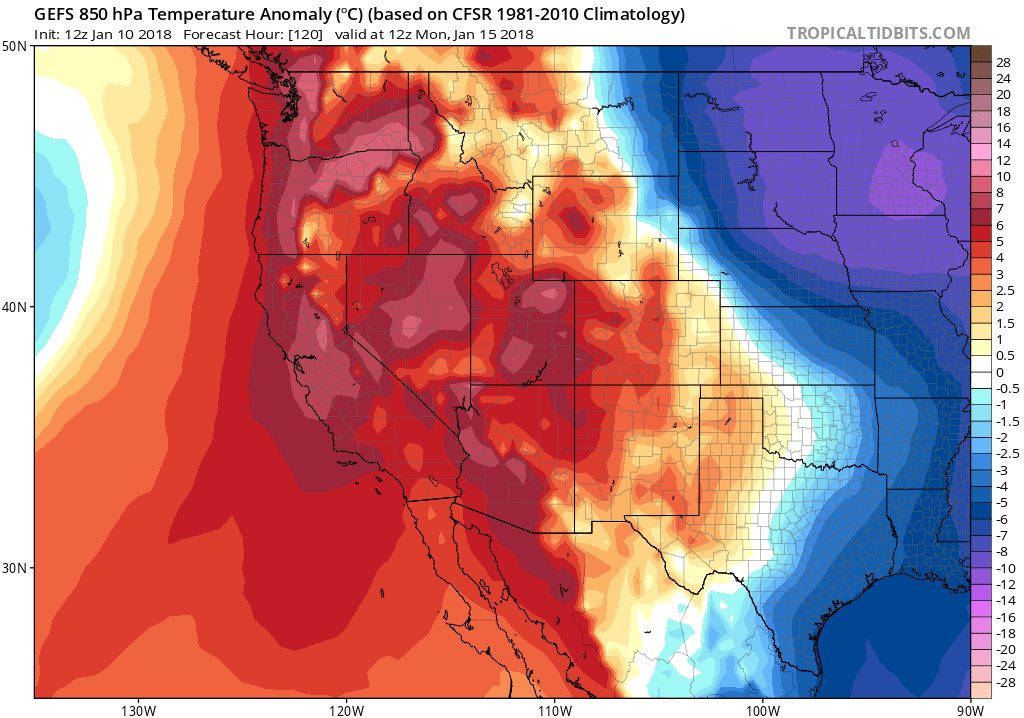 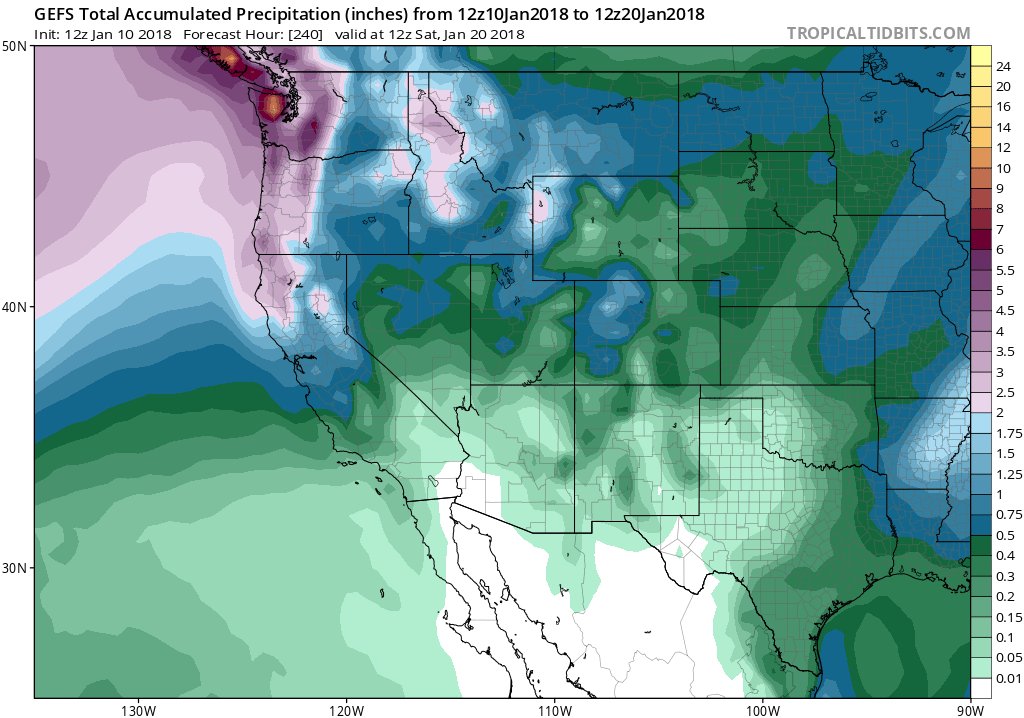 Short bursts of heavy, intense precipitation are what can be expected in association with climate change in semi-arid locations around the globe like Southern California. At least there is a silver lining here after this dark cloud has passed. Dry, warm weather will allow residents to recover.

Oh, and here is some more good news: 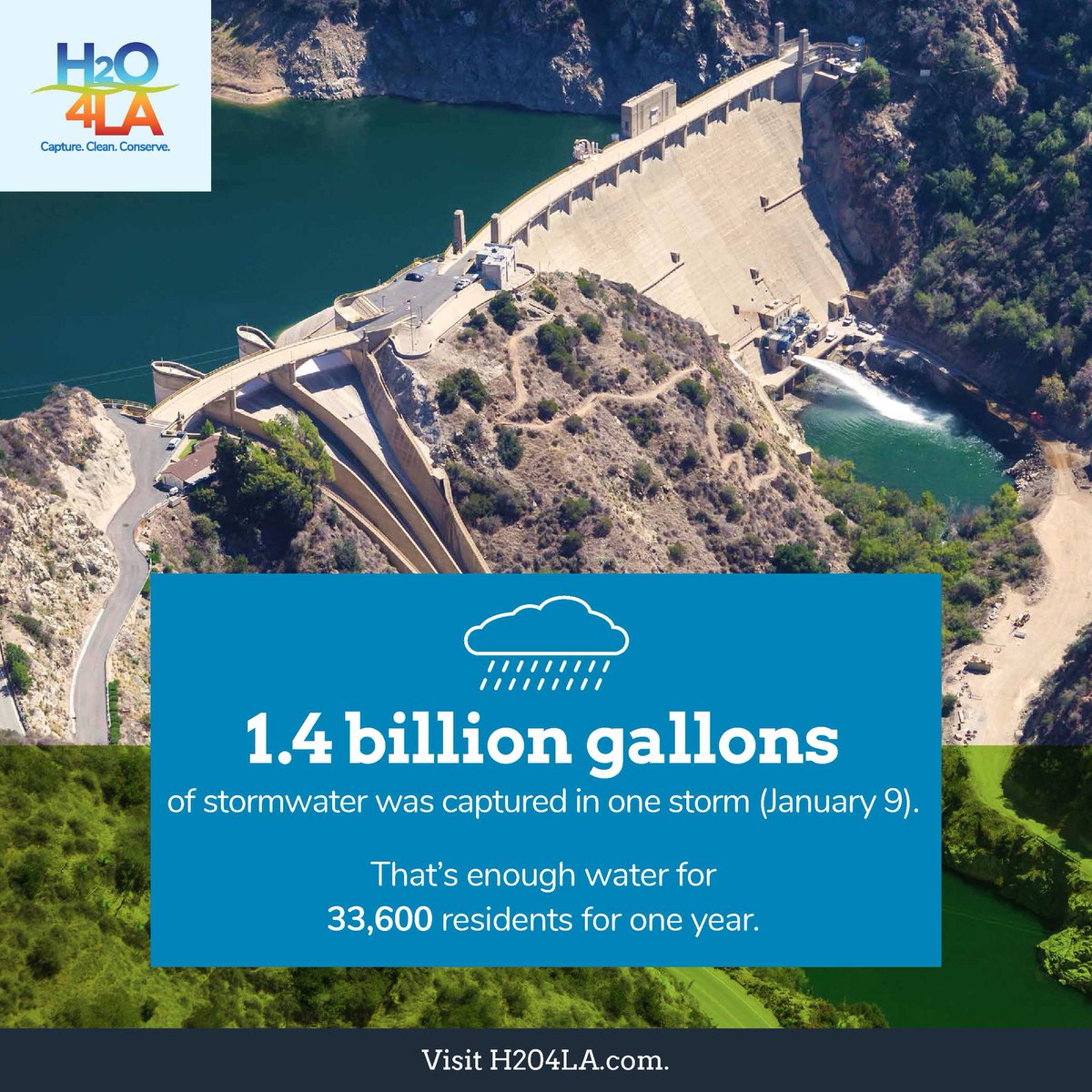 As far as those ETs go, there are good indications that ahead of the next arctic front there will be record warmth in the Midwest and Northeast tomorrow and Friday:

From brutal cold to record warmth on Thursday — Michigan in the 50s and Ohio in the 60s will MELT snow, ice before another Arctic blast brings winter back. 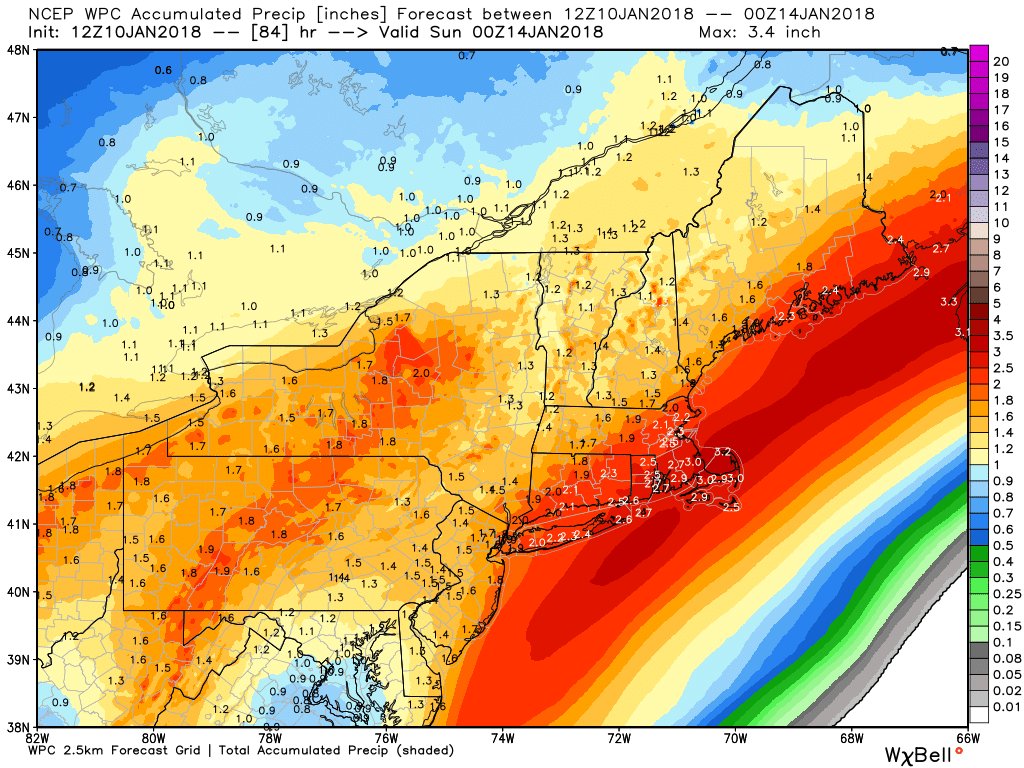 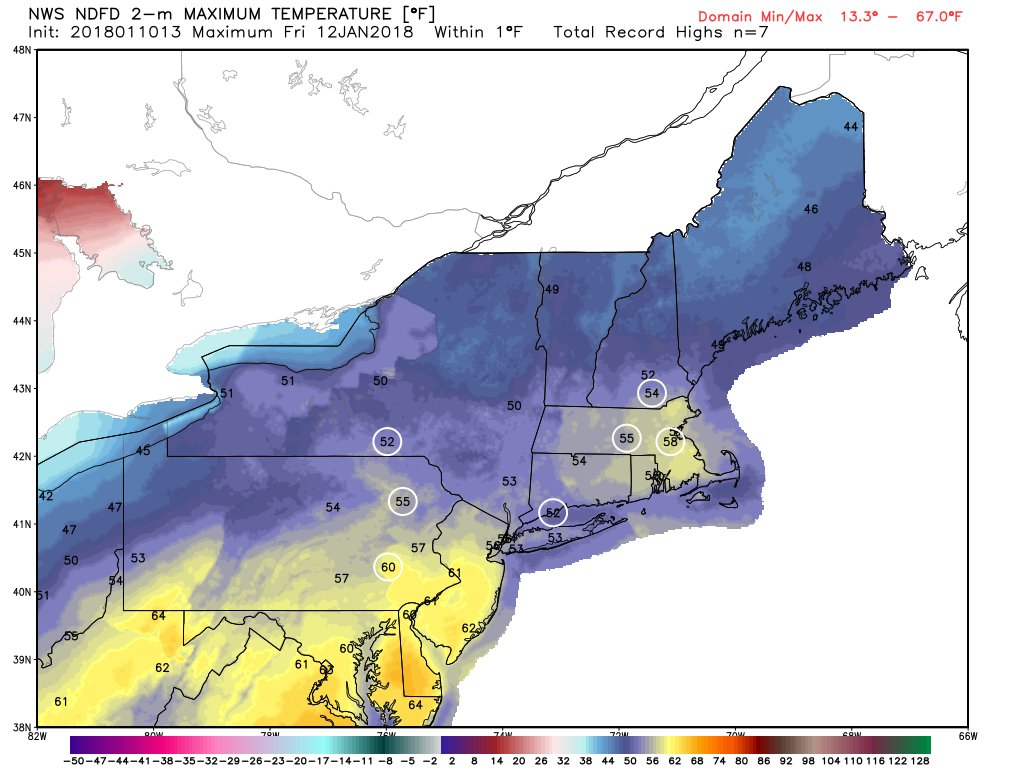 I’ll be adding more relevant information should it cross my radar later today.