I hate to keep picking on the lovely state of California…wait I should put it this way…climate change keeps picking on the lovely state of California, so we have to constantly revisit what’s happening in that state. For most of this decade, more than perhaps any state, California has seen miserable weather exacerbated by climate change. These are awful new statistics just added to this post:

– 13 confirmed fatalities
– 50+ hoist rescues
– Dozens contact rescues
– 300 more rescues underway
– 500 firefighters from across the state responding
*“It looked like a World War I battlefield,” official says. “A carpet of mud and debris everywhere.”

As we have discussed in earlier posts carbon pollution heats the atmosphere such that record warmth can lead to drought increasing high fire danger. A warmer atmosphere holds more moisture such that when it is released there is a higher probability of heavy precipitation. Voila, what happened today is yet another case of  climate change “fire, flood and mud:” 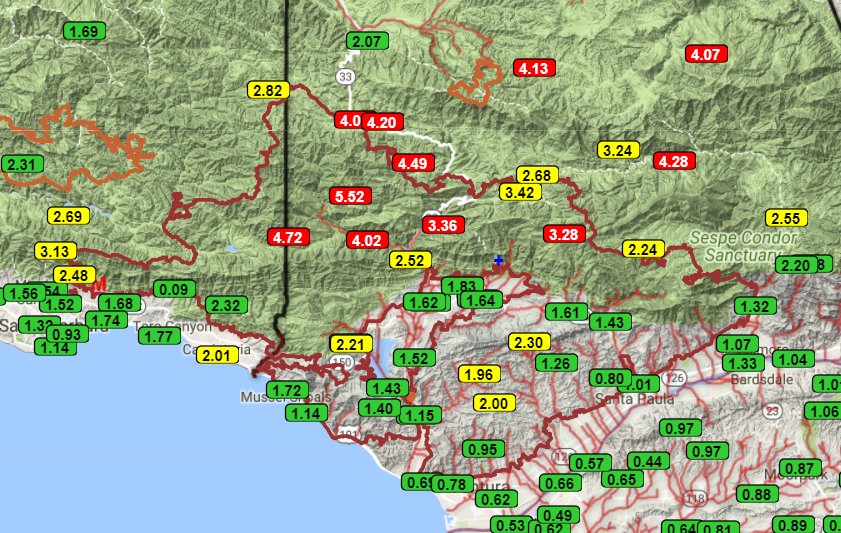 8:14 AM – 9 Jan 2018
The dipole of an upper ridge in the West and trough in the East, which some scientists think is a global warming signature, finally broke down enough to allow a strong system to pummel California, and boy did it produce a lot of rain. Unfortunately, some of the heavier amounts in excess of four inches fell across the Thomas “burn scar” zone. Remember that the Thomas Fire, occurring in December, was the largest wildfire in California’s history and another climate change signal itself. In California due to unstable, hilly terrain once vegetation is burned off the next big storm produces mud flows, regardless of climate change. Bigger burn scars due to global warming can lead to much more flowing mud.
The dipole produced a mini “flash drought” earlier this fall and winter season across the Southwest:

While the East is freezing, out here in the West we are very dry, and the Colorado River snowpack is at 57% of normal, only marginally better than the worst year on record (1981) at this point in the season. 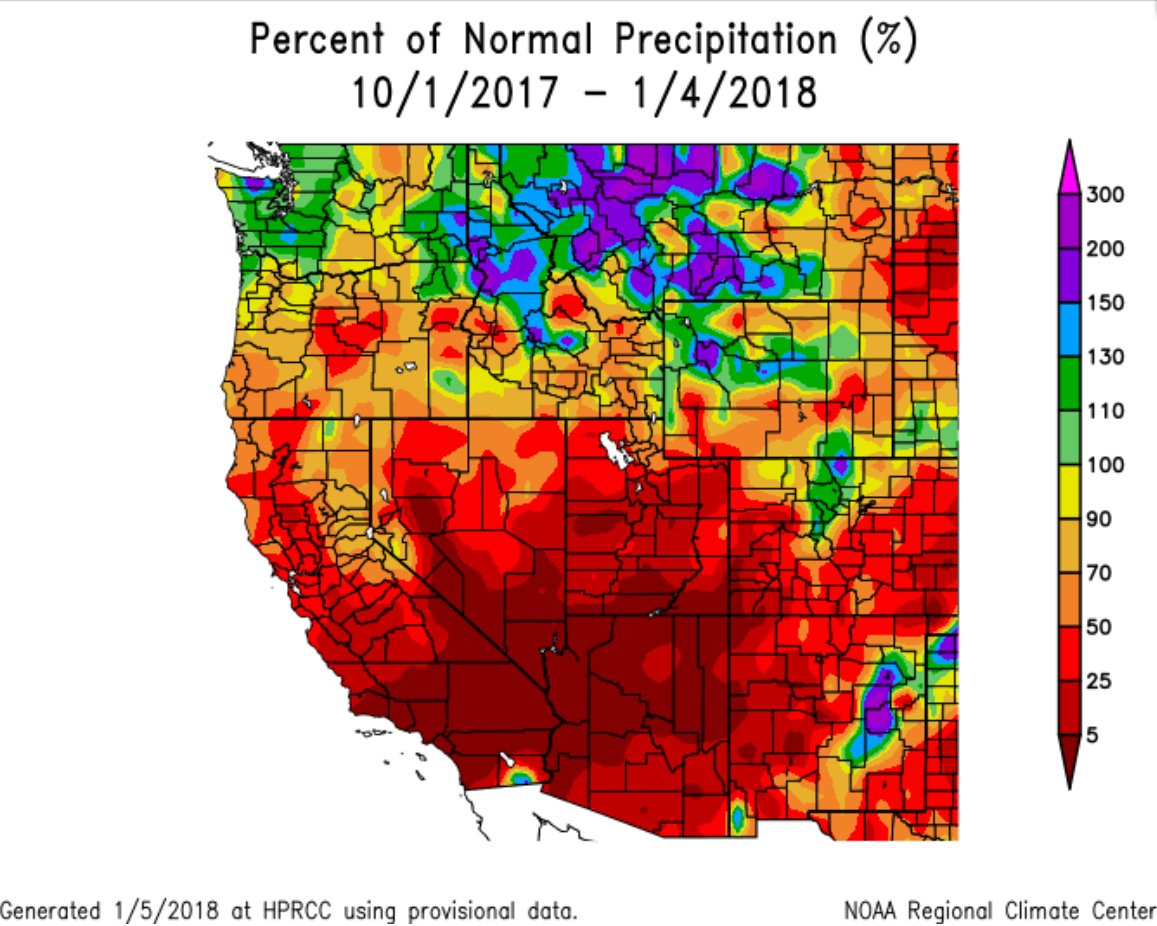 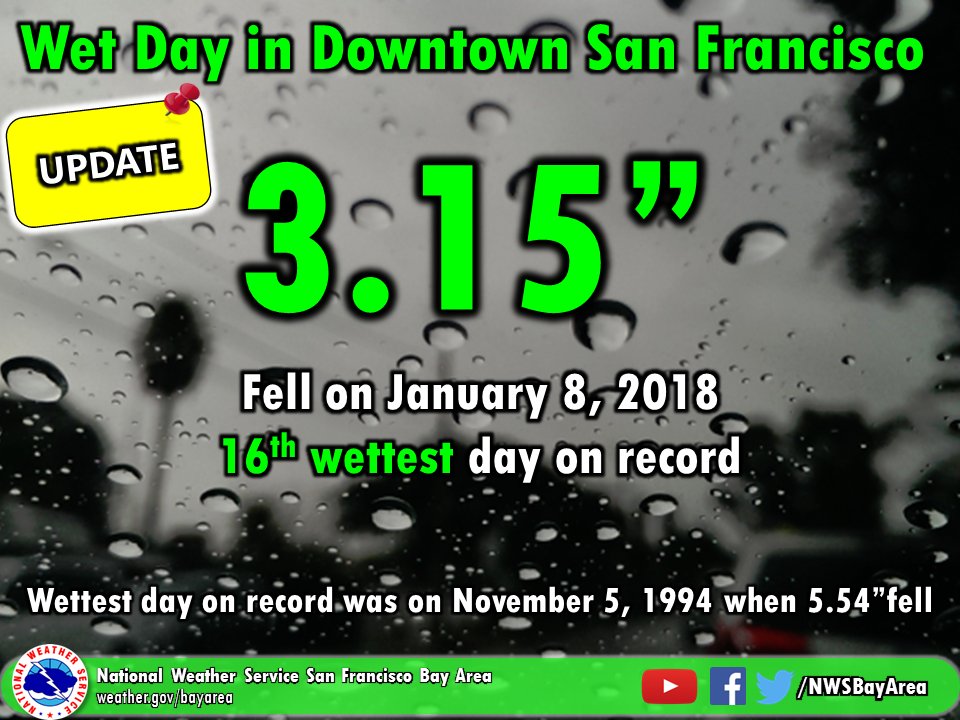 All of this was yet another recipe for disaster leading to many scenes on social media such as these:

View from the air in Montecito. Areas that had been roadways, driveways, and homes, are now unrecognizable due to the large amount of mud and debris flows. 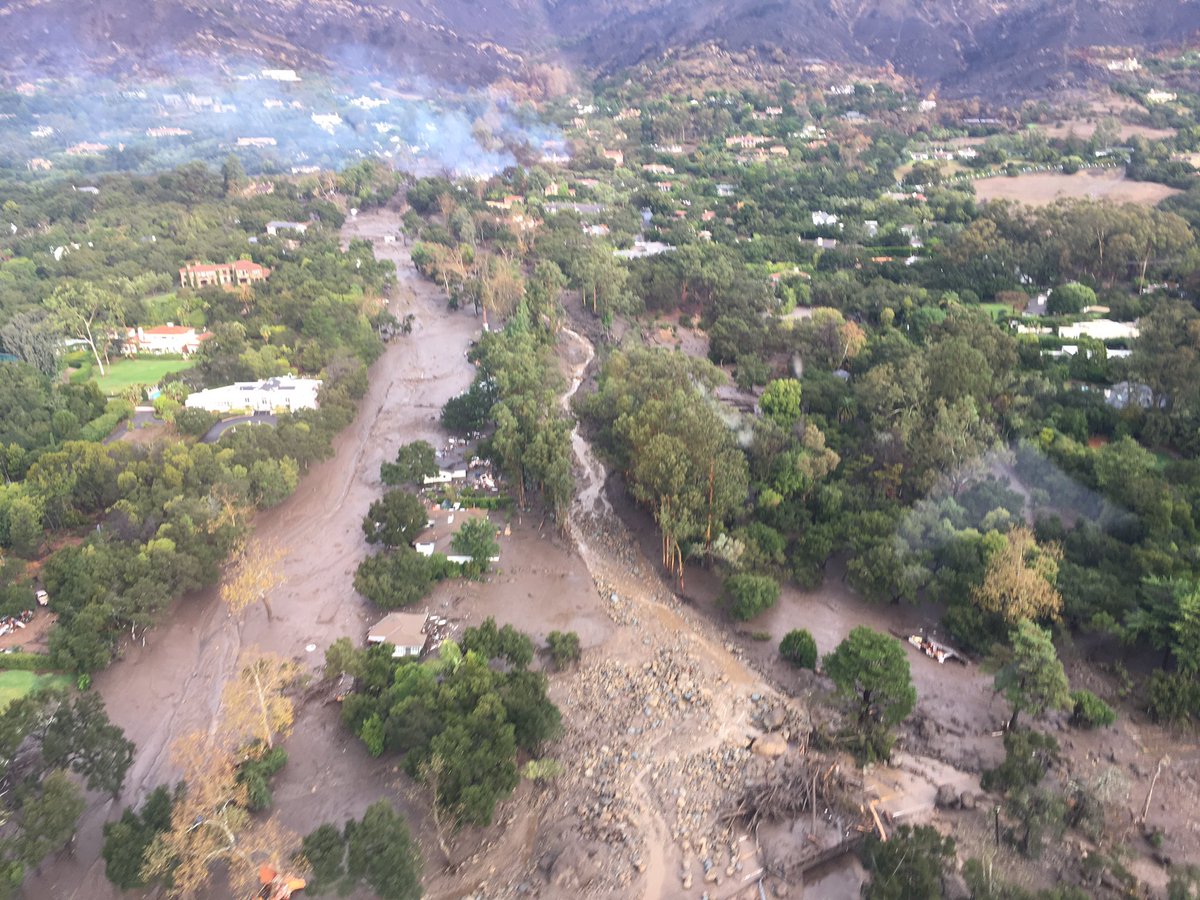 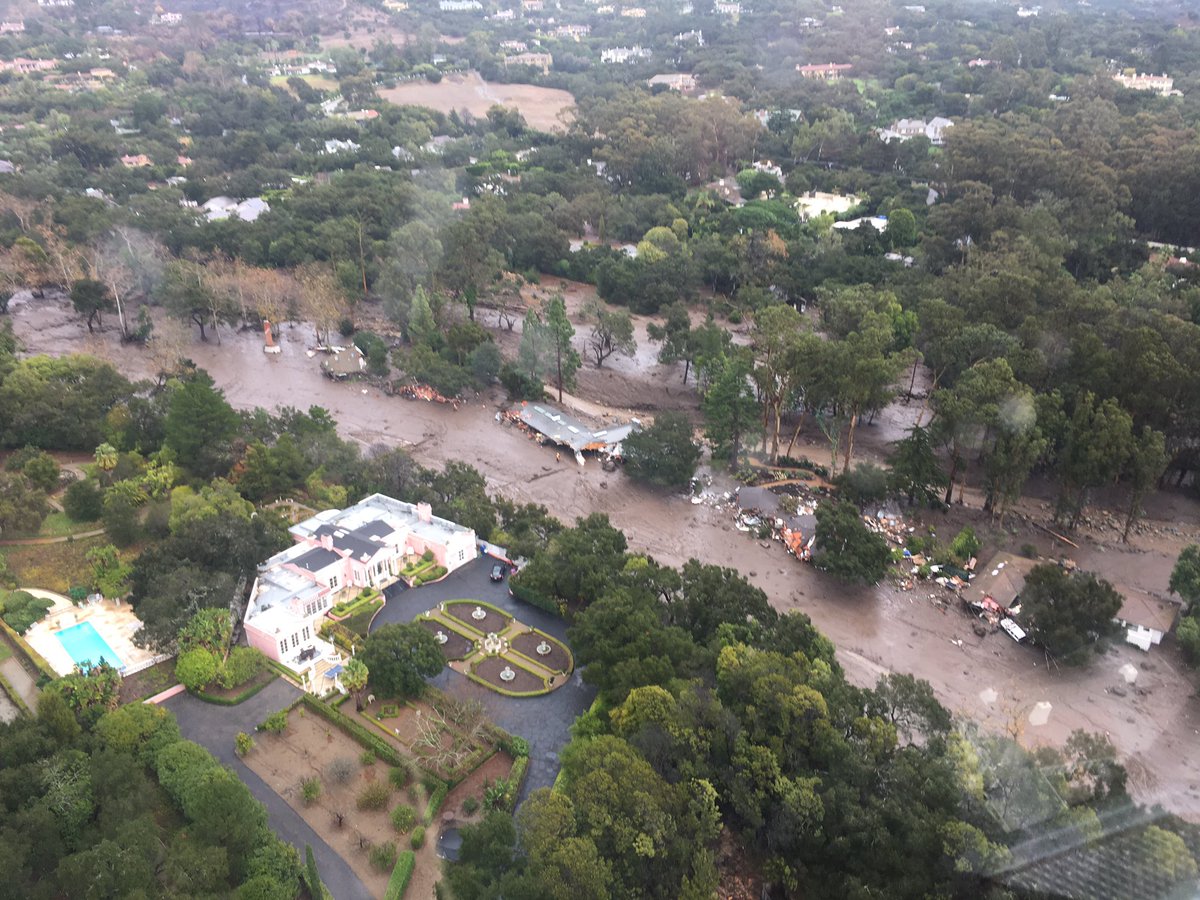 SBCFireInfo‏ @EliasonMike
#CAstorm– A vehicle was wrapped and tangled around a tree by the force of deadly flood waters on Hot Springs Road in Montecito.

It’s no wonder but a good thing that California’s governor, Jerry Brown, is a green, anti carbon pollution activist.
I may add more information later this evening along with any ET reports should they cross my radar.
The Climate Guy