We all know about Scott Pruitt who resigned in shame from the EPA due to scandal. During his tenure he did Trump’s bidding, basically extracting all oversight teeth from the organization on everything from carbon pollution to chemical pollution of groundwater. Now that Pruitt is out environmentalists can celebrate since any replacement has to be better on policy, right? Of course not!

The man replacing Pruitt will probably be Andrew Wheeler a former coal lobbyist.

Mr. Wheeler may have stellar ethical credentials, but I would definitely not expect a turn of about face of the EPA from this man. Maybe I wrote too soon about “stellar credentials”:

Sen. Tom Carper (Del.), the top Democrat on the committee investigating Pruitt’s replacement, said the news of their hiring is “troubling,” and a bad start for Wheeler’s tenure at the EPA’s helm.

“I just wrote to Mr. Wheeler today urging him to restore the public’s trust in the EPA,” Carper said in a statement.

“To announce that EPA will bring on Mr. Wright and Mr. McIntosh on the day that Administrator Pruitt departs — before they have even responded to Senators’ post-hearing questions and without notifying the Environment and Public Works Committee, the committee that has jurisdiction over the agency — not only breaks with past norm and precedents, but shows incredibly poor judgment, especially when we should be turning over a new leaf.”

Last night Trump revealed his Supreme Court pick, Brett Kavanaugh, who will likely be the deciding justice on all things environmental for decades to come if I am reading my political tea leaves correctly. For more on Mr. Kavanaugh I will turn to Brian Kahn:

More on Kavanaugh’s climate/enviro record: he seems to support addressing climate change but only through Congress. Here’s his 2017 opinion in a case vacating an EPA rule to regulate hydrofluorocarbons, an extremely potent greenhouse gas

7:47 PM – 9 Jul 2018
The New York Times came out with this article on Kavanaugh today:
https://www.nytimes.com/2018/07/10/climate/kavanaugh-environment-supreme-court.html
Quoting the first few sentences for this article:
“Long before President Trump nominated him for the Supreme Court on Monday, Judge Brett M. Kavanaugh had already made a name for himself as an influential conservative critic of sweeping environmental regulations.
During his 12 years on the United States Court of Appeals for the District of Columbia Circuit, often regarded as the nation’s second-most powerful court, Judge Kavanaugh voted in a number of high-profile cases to limit Environmental Protection Agency rules involving issues like climate change and air pollution. In two key instances, his arguments were later embraced by the Supreme Court.
His legal philosophy was clear: In the absence of explicit instructions from Congress, any far-reaching effort by the E.P.A. to tackle environmental problems should be met with deep skepticism by the courts. That philosophy often put him sharply at odds with the Obama administration, which sought to harness older environmental laws to deal with newer challenges like global warming.”

This is all bad news for any future executive policy designed to circumvent a Congress that cannot pass greenhouse gas legislation. If Kavanaugh were in place with the current roster of Supreme Court justices from 2009-2016 Obama would not have been able to protect the environment as much as he did.

Trump remains in charge of appointments and will so as long as he is in office. For that matter any subsequent Republican President supported by entities such as the Koch brothers will be putting people in charge of high offices that will do the bidding of brown energy industrialists. For this reason it is imperative that the elections of 2018 and 2020 swing towards Democrats so that the U.S. can rejoin the European Union and the rest of the world in the Paris Accords such that at least the world has a fighting chance to save civilization as we know it. If not on this site for the rest of my life, or as long as I am able to type, I will facetiously just count the gallons of water flooding into the proverbial Titanic stating that their is no hope for humanity. I’m that dead  serious.

In other news today a postal worker succumbed to extreme heat over the weekend during Los Angeles’ heat wave:

WOODLAND HILLS, CA (FOX 11) – The US Postal Service is talking about the hot weather and its policies for postal workers after a long-time postal carrier was found dead in her truck during the extreme heat in Woodland Hills Friday.
It didn’t matter if it was one of the hottest days of the year.

Peggy Frank, a 28-year veteran with the U.S. Postal Service, was showing up to work.

“She loved what she did because she loved the people…I don’t think they realize what kind of job that it is….it is NOT an easy job,” said Frank’s sister, Lynn.

“It was almost 120 degrees outside – when I came out it was just a wall of heat just hitting you,” said Tipton.

Tipton worries that it was the heat that took the 63-year-old’s life.

“It’s one of the hottest days I’ve ever experienced out here in the valley,” said Tipton.

The Postal Service says she was found dead in her truck in Woodland Hills around 3 Friday afternoon. 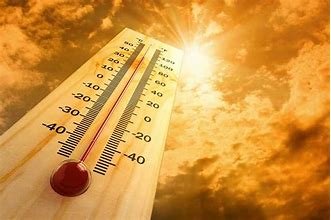 6:06 PM – 9 Jul 2018
It’s the tenth of the month so it is time to access record tends for July, updating that “Record Scoreboard.” Here I have also added the ranking of 122 indicating that June 2018 was the third warmest June recorded across the U.S. since 1895:

July 2018 is trending warm as well with a ratio of just under 4 to 1 of DRHMX to DRLMN reports as of 7/8/18. For this data set all monthly ratios of  > 10 to 1 DHMX to DLMN or > 10 to 1 DLMN to DHMX are in bold type. The rankings are for the lower 48 states with the warmest ranking since 1895 of average temperatures being 124 and 1 being the coldest as of 2018. Blue colors represent cold months and red warm. Those months with counts close to a 1 to 1 ratio of highs to lows are colored black.
Some dangerous heat has redeveloped from Montana unto portions of the Midwest:

Heat will continue to increase un the northern and central Plains tomorrow, but will remain below record limits for the vast majority of reporting stations:

Marginally dangerous heat with maxes above 90F has made a quick return to the Plains and up and down the East Coast.