Thursday July 12th… Dear Diary. The main purpose of this ongoing post will be to track United States extreme or record temperatures related to climate change. Any reports I see of ETs will be listed below the main topic of the day. I’ll refer to extreme or record temperatures as ETs (not extraterrestrials)😊. Here is today’s main climate change post related hot topic:

When Vice President Al Gore released his landmark film an Inconvenient Truth in 2006 most know that he described frogs that if left in a pot of slowly warming water they would be lulled into inaction and die. If, however the pot was quickly brought to a boil the frogs would sense the heat and quickly jump out to safety:

Indeed, Al Gore used the frog analogy to refer to humans and the climate crisis. Since 1980, when global warming began to ramp up I’ve noticed that the public, particularly in the United States, has been lulled like those frogs to inaction due to the relative slow increase in global temperatures, but it appears that our proverbial pot of water is starting to heat up more quickly, perhaps coming to a boil.

We have seen startling heat waves since the last strong El Nino began in 2015 and ended in 2016. I noted a prolonged 37 month streak of more daily record high maximum records than cold minimums across the U.S. lasting from December 2014 to January 2018. The worst heat wave in the U.S. in 2017 occurred un California and that state has been struck again in early July of this year. The western heat has led to many serious wildfires. The Midwest and Eastern Seaboard were scorched with sweltering, record setting heat earlier this summer, which I blogged about daily.

All of these heat episodes have finally swayed more people to come to the conclusion that anthropogenic global warming was occurring as noted by this Guardian article:

“A long-running survey of American attitudes to climate change has found that 73% of people now think there is solid evidence of global warming. A further 60% believe that this warming is due, at least in some part, to human influences.

Both of these findings are record highs in a twice-yearly survey that has been conducted by the University of Michigan and Muhlenberg College since 2008. The latest poll was conducted during May, which was hotter than any May recorded in the contiguous US in 124 years of record keeping, according to the National Ocean and Atmospheric Administration, eclipsing the 1930s during the Dust Bowl era.

“There’s lots of evidence that contemporary weather is a contributing factor to belief in climate change,” said Chris Borick, director of the Muhlenberg College Institute of Public Opinion. “But there are other factors. People are telling us they are experiencing a climate that isn’t what they remember in the past and the evidence itself, such as declining polar ice, is having an effect. Americans are moving to a lot more confident space on this.”

“But there remains a yawning ideological divide when it comes to climate change in the US. The survey found that while 90% of Democrats accept there is solid evidence of climate change, only 50% of Republicans feel the same.”

Almost everyday this summer eye opening  reports of heat come from around the globe. Here is one from today:

Edgar McGregor‏ @edgarrmcgregor
Over 100° less than 200 miles from the Arctic Circle this week in southern Siberia. No help to the wildfires in the region sending smoke and ash across the Arctic. 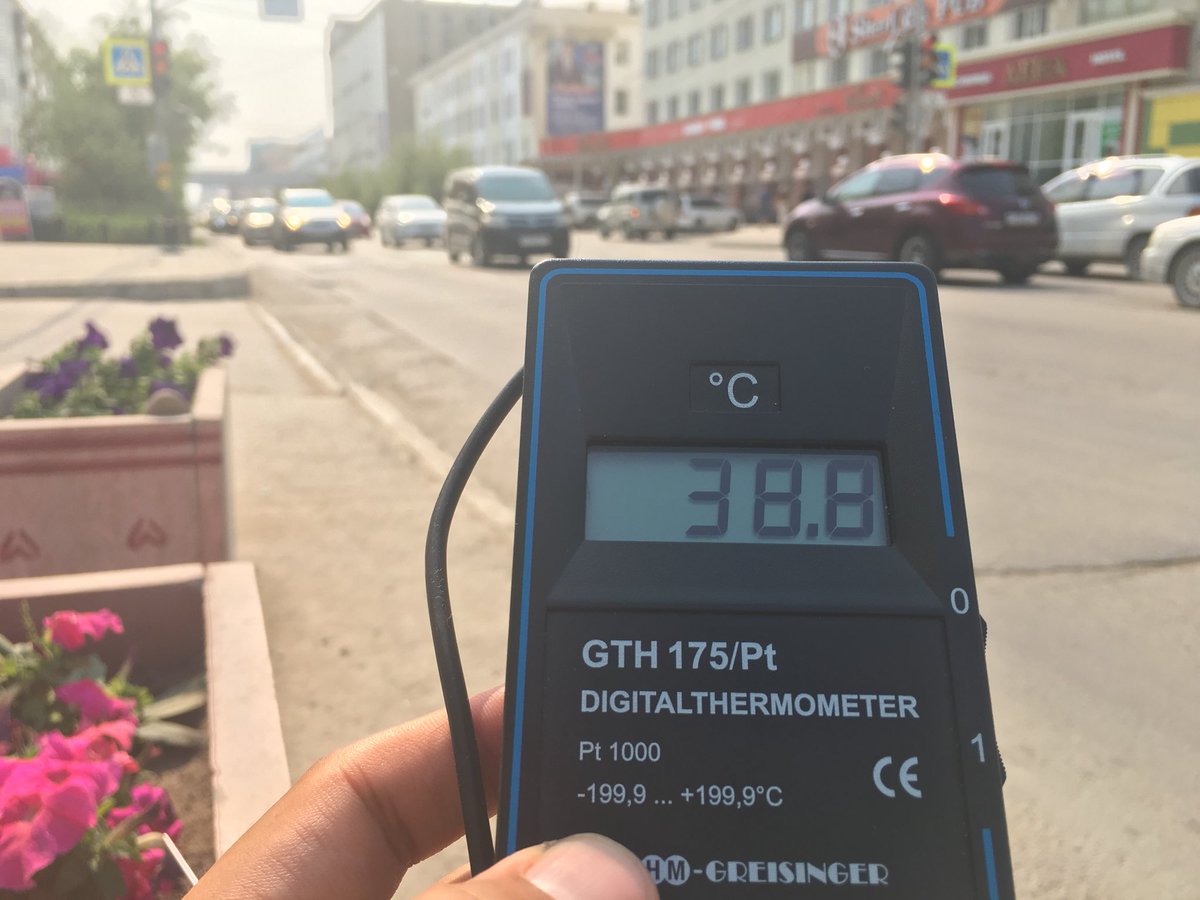 My overall point here, despite partisanship, is that people are starting to wake up as our environment heats beyond comfortable levels, directly affecting quality of life. Perhaps the faster the warming trend in the future the faster humanity will grapple with and try to mitigate global warming. Humans are far more intelligent than frogs. Let’s start acting like it.

The current low level heat wave continues to produce misery for many people from the Plains into the Southeast for those doing outdoor activities. The area of heat advisories were expanded in the Plains:

Tomorrow a front will scour some of the heat out of the northern Plains, but the rest of the Plains, much of the Southeast, and practically all of the lower elevation areas of the West will see maxes above 90F with high humidity on Friday: