Saturday December 16th… Dear Diary. Rather than addressing another climate change related topic today I’m going to present more information on the fires in California since winds have once again made the situation much worse last night. Please check local programming if you are located in areas of high fire danger. What I’m presenting should let the rest of the nation know how dire this situation is. Here is what I am seeing from social media:

A total of 8,370 firefighters, 32 helicopters and 77 bulldozers were working the blaze Saturday morning. Two people have been killed in the fire, which has also destroyed 1,009 structures, damaged 240 structures and threatens 18,000 more.”

The #ThomasFire is pushing further toward the north/east edges of the Santa Barbara area, including Montecito. Critical fire weather conditions Sat into Sun: http://www.spc.noaa.gov/products/fire_wx/fwdy1.html … 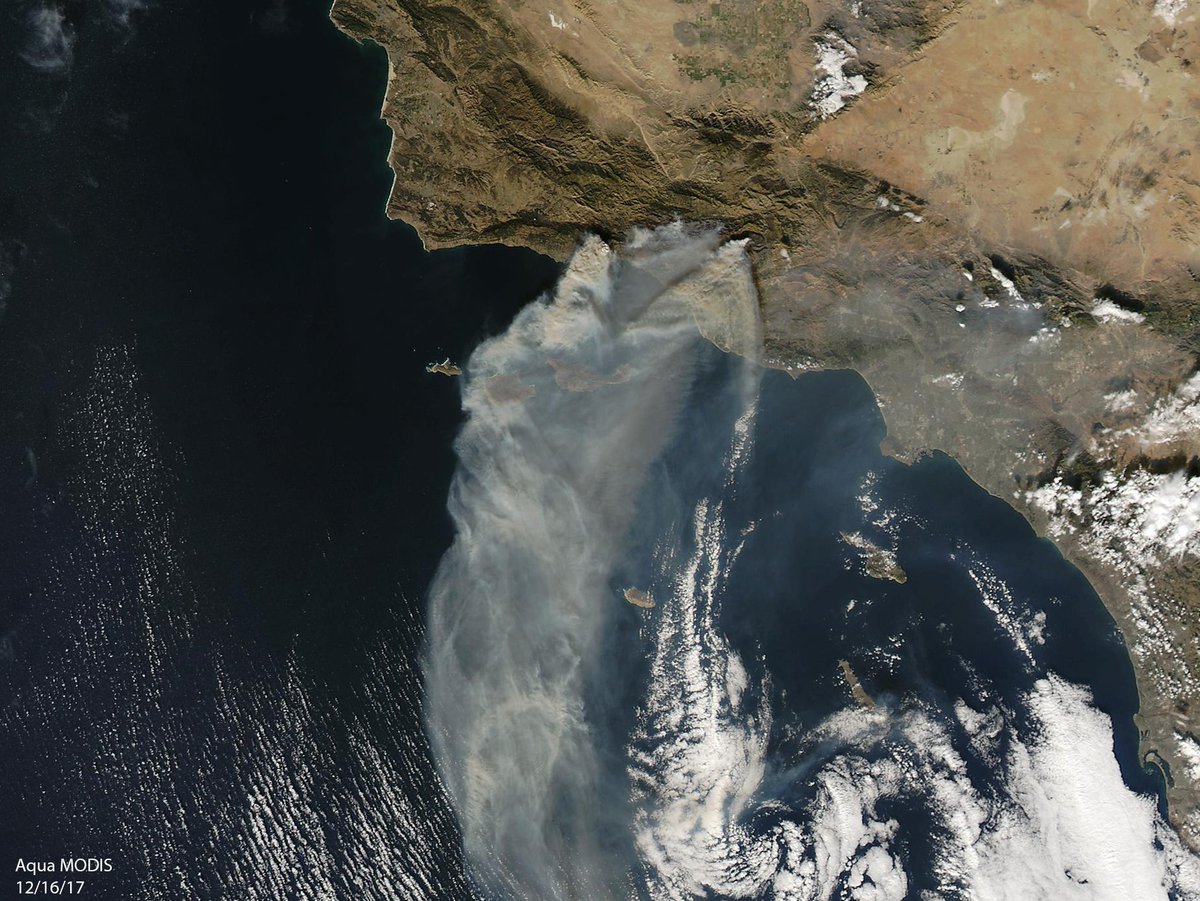 #ThomasFire – A wind speed indicator held by a USFS FF on Gibraltar Road at the W. Fork of Cold Spring Trail shows just how fast and varied the speed of the wind is blowing down canyon. In this video it varied from 10-33 mph. A speed of 52 mph was also recorded. pic.twitter.com/TPy8gHktT0

I may add more relevant information later if it crosses my radar.

Putting a Human Face on the Consequences of Climate Change

Sometimes we as human beings gloss over tragic statistics of people getting hurt or killed from just about anything, whether from auto accidents or what this web site is about, climate change. Statistics are so cold and well, calculating and unfeeling. Any statistics pointing to the conclusion that the Earth is warming cementing scientific findings about the consequences of climate change are helpful, but can resonate as hollow when it comes to human emotion. I find nothing wrong with putting a face on a climate change problem like presenting an article with a picture of a starving polar bear to stir people into action.

This month we are dealing with the California fires, in particular the Thomas fire. Today I’d like to present the picture of a man who has sacrificed his life to help stop the fires:

“Cory Iverson, 32, died today fighting the #Thomasfire in Southern California. It is the 4th largest fire in state history. Cory was a fire apparatus engineer, part of CalFire’s San Diego unit. He is survived by his wife & 2yo daughter. His wife is expecting their 2nd child.” 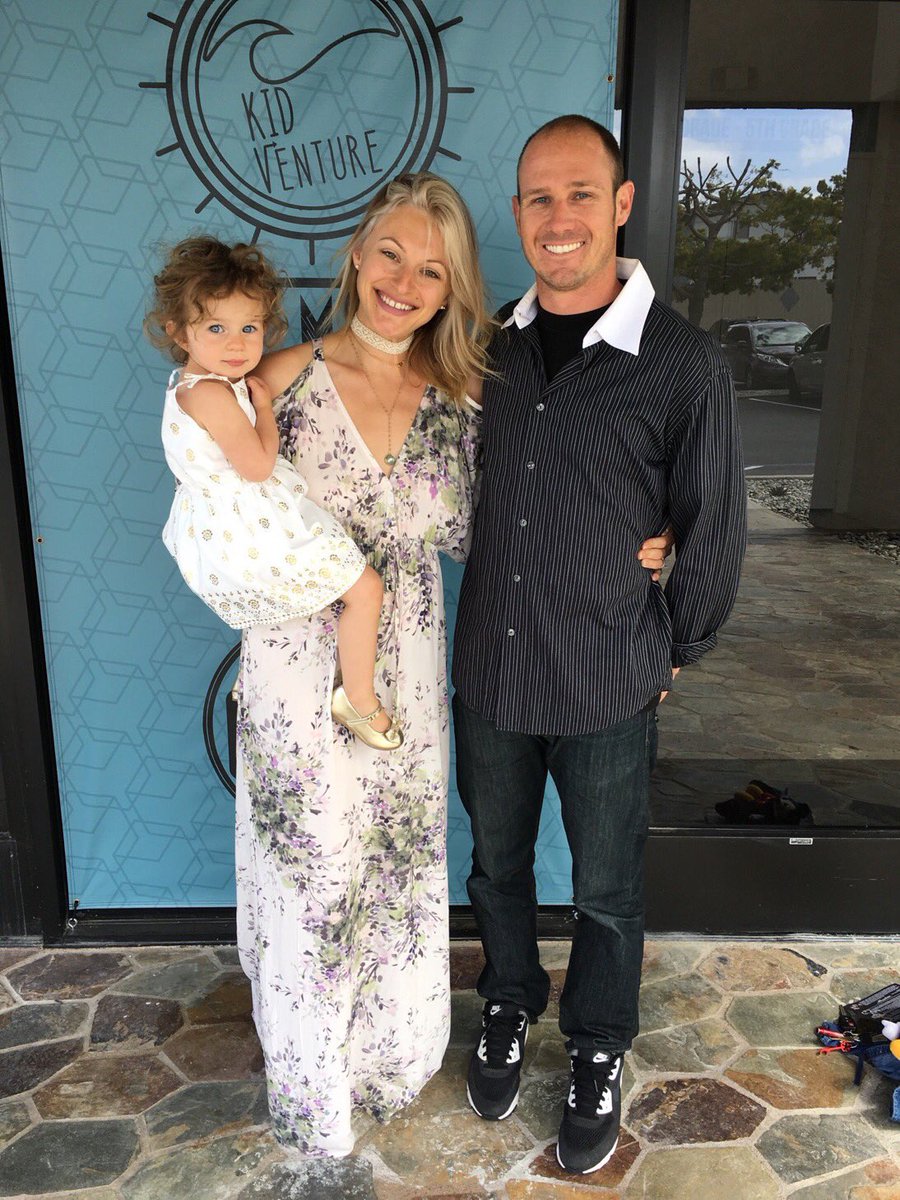 Cory Iverson’s death can be directly linked to the Thomas fire which, when more attribution studies come out, I’m sure will be directly linked with climate change. I wonder what Cory’s daughter pictured here will think of humanity that decade after decade since 1980 has put off substantial mitigation efforts once she enters high school? Will she look on special energy interests with disdain? What will the Cory family think of the Trump administration say by the year 2030? Whether or not Cory’s family become activists fighting climate change, they are real victims with real needs.

The numbers affected directly or indirectly by climate change are and will be staggering as we go through this century. For example, millions from Puerto Rico due to Maria, millions in Florida and Texas due to Harvey and Irma; millions in Syria partially due to drought; millions in India and Pakistan due to heat; and yes millions in the Los Angeles basin due to fire can put the blame on their suffering from carbon pollution just this year alone. I’d really like people to play the “blame game” more than theses victims already do insisting on change, fighting for a better world.

I’ve been fortunate to live in a time in history when life is more comfortable with more numerous conveniences that at any time since apes evolved to become mankind…mostly due to the Industrial Revolution. War across the planet is at a minimum, though still raging in hot spots. Various races are coming to accept their differences and even celebrate diversity. Will the early 21st century be the pinnacle of civilization before taking a deep, dark fall due to climate change? By putting  just one family’s face on the climate change issue I hope in a small way to prevent that fall…pining hopes on  green, post carbon pollution solutions.

Here is what California is facing in the next few days:

Red Flag Conditions returning late tonight through Sunday as the next round of Sundowner & #SantaAnaWinds peak over #SoCal. There will likely be impacts on the #ThomasFire. #CAwx 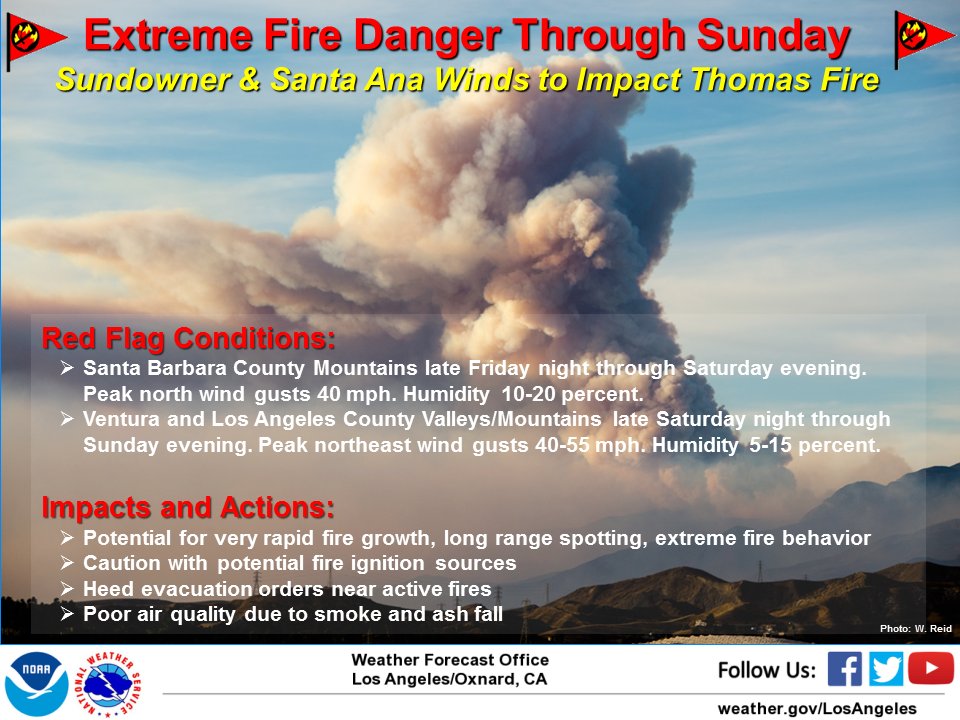 What are sundowner winds? From Wikipedia: A sundowner is an offshore northerly wind in Santa Barbara, California. It occurs when a region of high pressure is directly north of the area, the coast of which trends east–west. This contrasts with the more typical onshore flow. The winds blow with greatest force when the pressure gradient is perpendicular to the axis of the Santa Ynez Mountains, which rise directly behind Santa Barbara.

This is the extent of the Thomas fire as of this morning:

Because it’s 2017, California surfers are now wearing gas masks to protect from wildfire smoke in December. 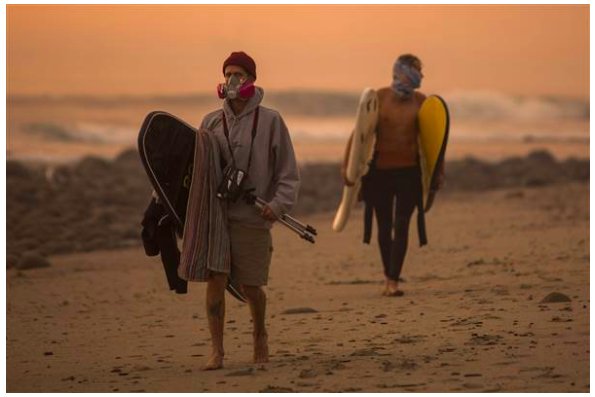 It’s been several days since I presented my “climate score board.” Here is what we see through 12/11/17:

The ratio of record DHMX to DLMN remains above 10 to 1 for December 2017 with most of the record warmth occurring in the western U.S. Cold air masses in the wake of the southern snow storm have just not been of record cold proportion. We’ll see if and where we get a substantial number of record lows in the U.S. later this month.

You don’t see a phenomena like this very often: 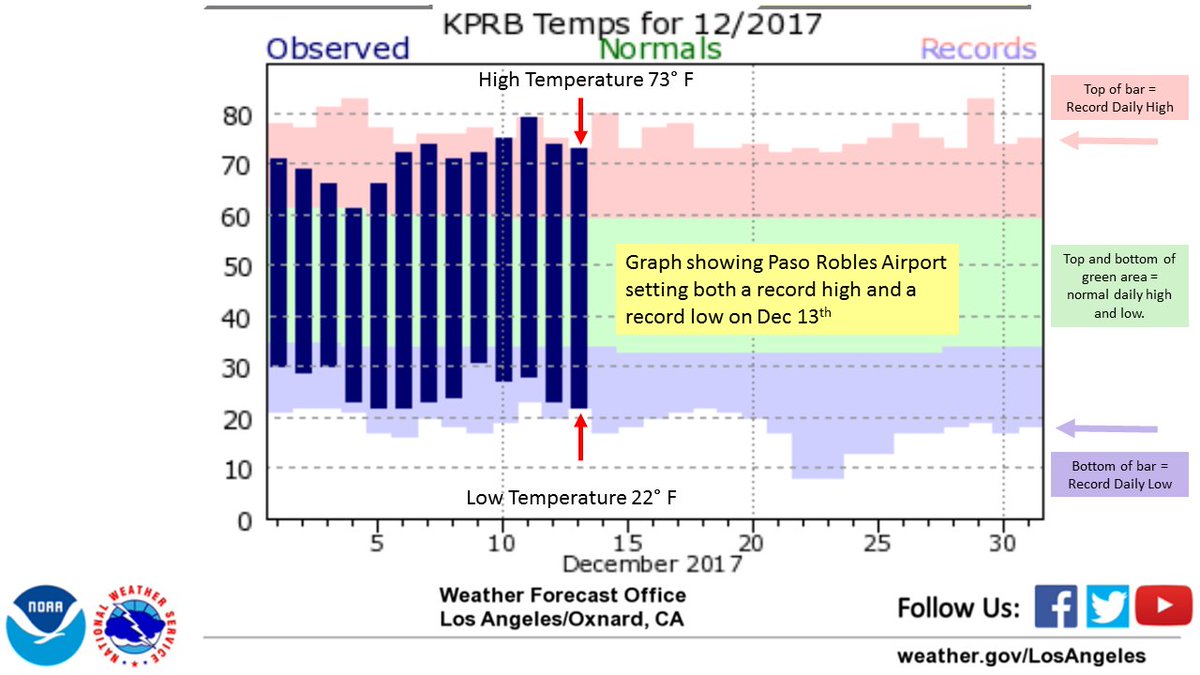 Here’s a little more on “Baked Alaska”. You can read much more on Alaska’s warmth from yesterday’s diary post (DEC 14th):

The first two weeks of December have been exceptionally mild over most of #Alaska, with many communities having the warmest or second warmest start to the month. The north Gulf of Alaska coast has seen very heavy rain and mountain snows. #akwx 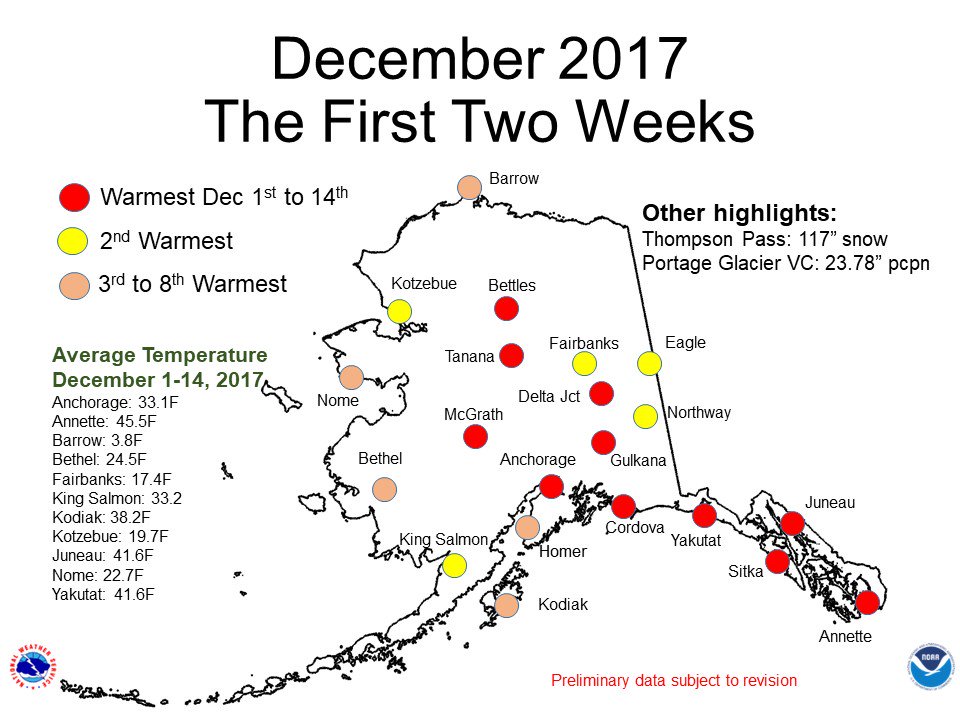 Here are records from the Southern California area from today and Thursday the 14th:

A RECORD HIGH TEMPERATURE OF 74 DEGREES WAS SET AT PASO ROBLES
AIRPORT CA TODAY. THIS BREAKS THE OLD RECORD OF 73 SET IN 1958.

A RECORD HIGH TEMPERATURE OF 81 DEGREES WAS SET AT LOS ANGELES
AIRPORT TODAY. THIS BREAKS THE OLD RECORD OF 80 SET IN 2013.

A RECORD HIGH TEMPERATURE OF 75 DEGREES WAS SET AT SANDBERG CA
TODAY. THIS BREAKS THE OLD RECORD OF 63 SET IN 1998.

A RECORD HIGH TEMPERATURE OF 65 DEGREES WAS SET AT SANDBERG CA
YESTERDAY. THIS TIES THE OLD RECORD OF 65 SET IN 2016.

The Arctic is Warming Very Fast…Case in Point Alaska

It’s well known that the planet has been warming faster in the Arctic than at lower latitudes. Starting around early December going through at least Christmas we will see some astounding warmth across Alaska. Here is a note I saw this morning:

A number of places around AK have seen the warmest (or 2nd warmest) December 1-13 time period during their period of record. @AlaskaWx

Anchorage with a max of 45°F+ for the fourth day in a row. That is a December record for consecutive days.

Ice thickness on my neighborhood lake has begun to thin. That is practically impossible to do in December with no solar energy (because of the latitude) and freezing temperatures a near certainty at night (at least). My ice reading yesterday included 1/2″ of half-frozen slush.pic.twitter.com/fBfL2Ethoo

As noted by Bob Henson: 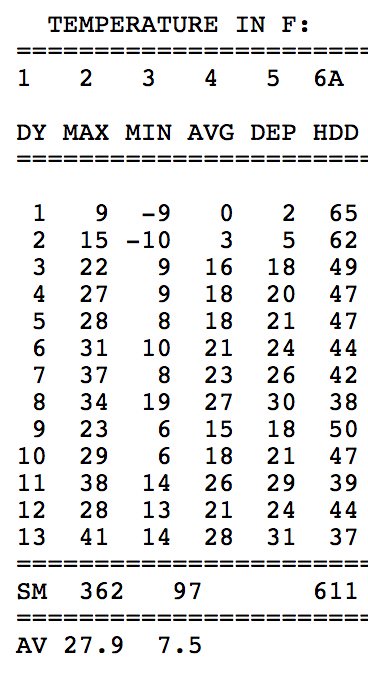 We have this statement from Deke Arndt concerning the warmth at Point Barrow:

Some feedback on my Utqiaġvik/Barrow article: why so much warming there compared to rest of world?
Fact is: Generally speaking, cold places, seasons and even times of day are warming faster than warm ones. Science has anticipated this for yrs/decades.

9:48 AM – 11 Dec 2017
Here is a quote from Deke’s article linked above:
“The Arctic is warming at more than twice the rate of the rest of the world. This “Arctic amplification” is driven by a handful of factors; the largest of these is the retreat of seasonal snow and ice. As the white stuff goes away, it exposes darker surfaces and land cover underneath; this introduces an additional warming effect across the region.”
The point here is that Alaska is another canary in the coal mine in association with global warming. The warmth won’t kill anyone living there, but does point to verification of climate models boding gloom and doom elsewhere. Also, loss of sea ice and permafrost means that those living in the northern part of the state are and will have to adapt and change their lifestyles.
Our “Rediculously Resilient Ridge” has been poking northward into Alaska, thus helping to create above average conditions. The ridge should persist through Christmas. Here is the latest GFS model valid for Friday:

A DAILY HIGH TEMPERATURE RECORD OF 85 DEGREES WAS SET AT LONG BEACH
AIRPORT CA TODAY. THIS BREAKS THE OLD RECORD OF 84 SET IN 1958.

A DAILY HIGH TEMPERATURE RECORD OF 78 DEGREES WAS TIED AT SANTA
BARBARA AIRPORT CA TODAY. THIS TIES THE OLD RECORD OF 78 SET IN 1958.

As noted by the * it’s been so dry that Paso Robes set a record low and high in the same calendar  day!