Thursday February 22nd… Dear Diary. The main purpose of this ongoing post will be to track United States extreme or record temperatures related to climate change. Any reports I see of ETs will be listed below the main topic of the day. I’ll refer to extreme temperatures as ETs (not extraterrestrials)😊. Here is today’s climate change related topic:  February Flood and Warm Wave of 2018 Day Three

The good news today is that the flood in the Midwest hasn’t reached epic once in a hundred year levels. The bad news is that more rounds of heavy rain can be expected in the flood zone until our record ridge diminishes late on Saturday allowing a stalled front to move. First let’s look at how bad flooding has been so far. Here are some amounts from Texas:

It continues to rain…and more rain is expected.  Mainstem river flooding is forecast across most of E and NE TX.  Maybe a break this weekend, before a return of precip next week.  #txwx #txflood 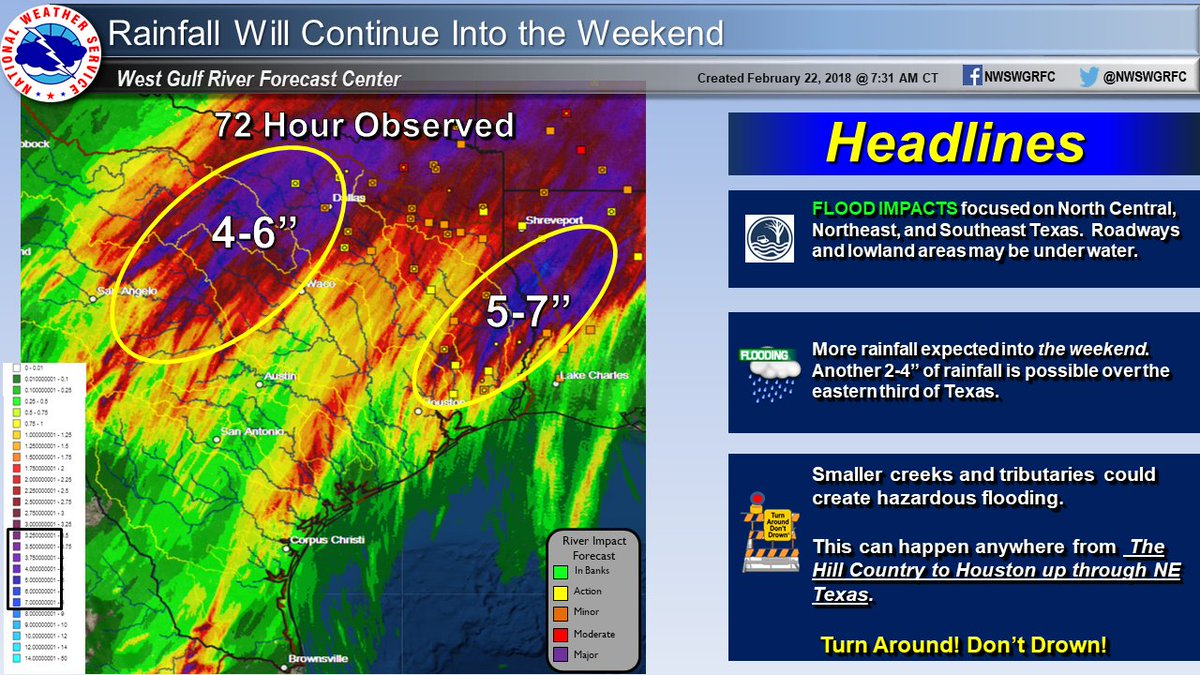 According to The Weather Channel, “Water rescues were needed early Thursday in Bastrop, Louisiana, north-northeast of Monroe in north-central Louisiana. The town of Noble, Louisiana, picked up 8.58 inches of rain through Thursday morning, and Shreveport tallied 4 to 5 inches of rain from this event, so far.” Also from TWC:

As of midday Thursday, over 200 river gauges reported levels above flood stage, primarily from the Great Lakes to east Texas.

So what do models have for the future of this flooding event? The GFS has a wide swath of over 2 inches of more rain in the same areas that have been hit with severe flooding:

It’s no wonder that flood watches remain posted for much of the Ohio Valley and in the Mississippi Valley:

Frequently during the last year on this blog I’ve noted record high 500 millibar heights in association with global warming. Today Dr. Jeff Masters of Weather Underground posted a good write up on the February heat and associated weather. He included some impressive 500 mb statistics:

To verify just how unusual this ridge was, Lance Bosart (University at Albany, State University of New York) dug through the radiosonde climatology compiled by the NOAA/NWS Storm Prediction Center. The dataset goes back to the start of routine radiosonde launches in the late 1940s. At nearly every site along the U.S. East Coast, the weather balloons launched at 12Z Wednesday found a 500-mb surface higher than anything on record for January or February—and in some cases across even longer seasonal spans, as shown below.

This was the third consecutive day of record warmth in the South and East. Here are some of the major reports: 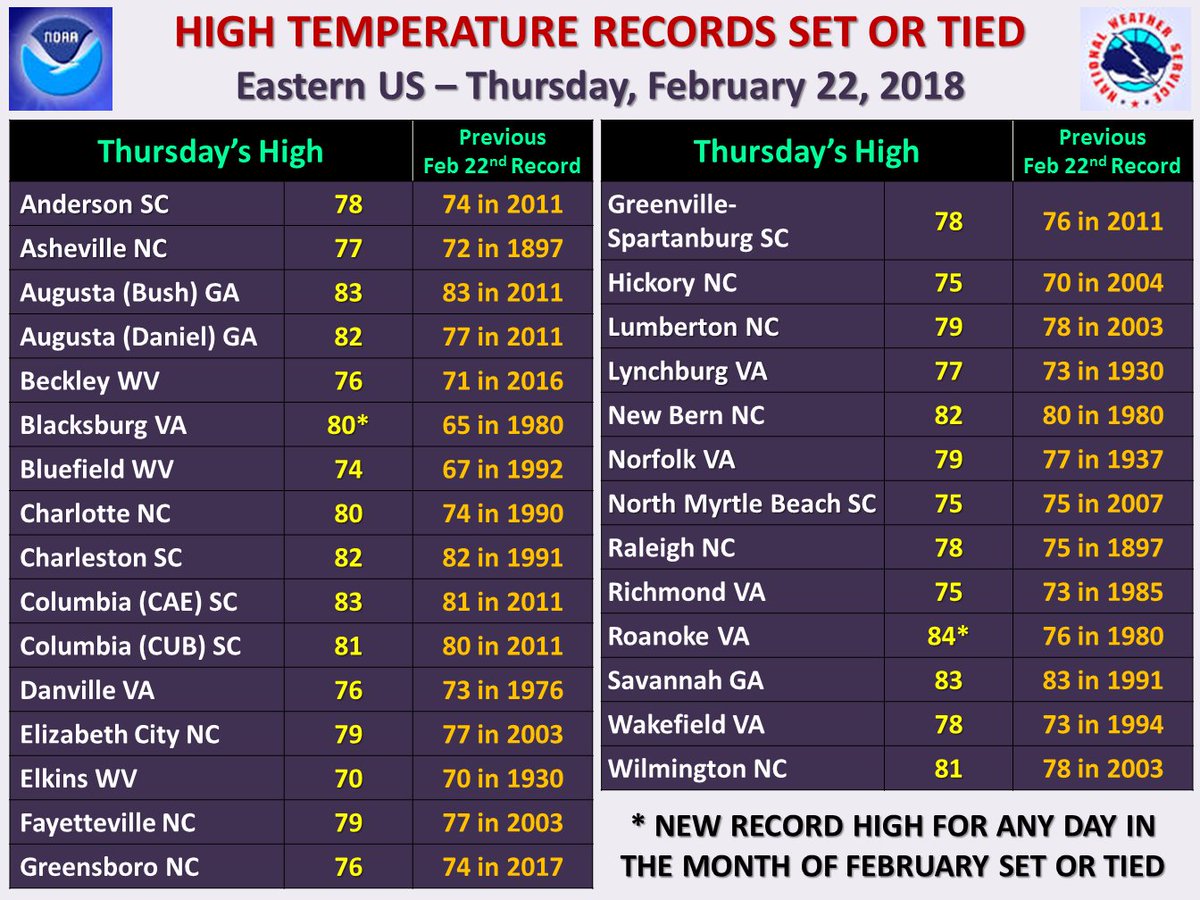 I’m also including reports from the state of Georgia. Atlanta, my home city, broke its record by a whopping five degrees: