Monday February 5th… Dear Diary. The main purpose of this ongoing post will be to track United States extreme or record temperatures related to climate change. Any reports I see of ETs will be listed below the main topic of the day. I’ll refer to extreme temperatures as ETs (not extraterrestrials)😊. Here is today’s climate change related topic:

As human beings we find it necessary to reference an amount of time to help categorize just about anything be it, for example, in the financial sector with quarterly earnings, or in the world of science when X number of events occur in Y days. This is especially true in climatology. So, when a new year comes around we start to catalogue and reference temperature and precipitation averages beginning on January 1st. When that year ends summaries are done, and statements such as “2016 was the warmest year in recorded history” can be made. Sometimes, though, trends can be lost when shorter time periods are referenced. Yes, many of my colleagues prior to 2016 cringed when global average charts starting around a record hot 1998 showed that there was “no warming” or that “global warming had ceased.”

It’s good that the National Center for Environmental Information’s temperature record site has a floating 365 day counter so a yearly trend won’t be lost after the calendar changes to January 1. Here is what we have for February 5th, 2018:

Wow! A very Happy New Year! It looks like 2018 is going to be a cold year. Global warming has ended or at least taken a pause looking at the types of cold records that have occurred since January 1st. Er…Well, no if you look at the 365 day counter. Also, keep in mind that most of these counts came from a rather cold United States. Preliminarily, here is what happened globally in January 2018:

January 2018 was the fourth warmest on record; +0.40°C warmer than the average January from 1981-2010. Abnormally mild in parts of the Arctic, abnormally cold in C-Siberia, cool in Eastern US (average over the month!).

12:33 PM – 5 Feb 2018
Nationally I stated on 2/3 that a 37 month streak of more record DHMX than DLMN was snapped as of JAN 2018. Thanks go to The Weather Channel for posting this article on the end of the streak: https://weather.com/news/climate/news/2018-02-05-37-month-warm-streak-ends-january-2018-more-record-lows-than-highs
So, does that mean that 2018 will be a cold or cool year based on what has started after 1/1? Probably not, and I would not expect it to looking at global averages. Turns out that the relatively high count of cold records comes from that blue area in the eastern U.S. on the European chart. Now February has gotten off to a warm start on that record scoreboard:

Speaking of February it looks like the dipole pattern should at east temporarily break down producing a fairly mid pattern from coast to coast as the polar or Hudson Bay vortex shifts north:

More record high’s broken today across the bay area. Stark contrast on this date in 1887 & 1976 when snow fell in San Francisco. 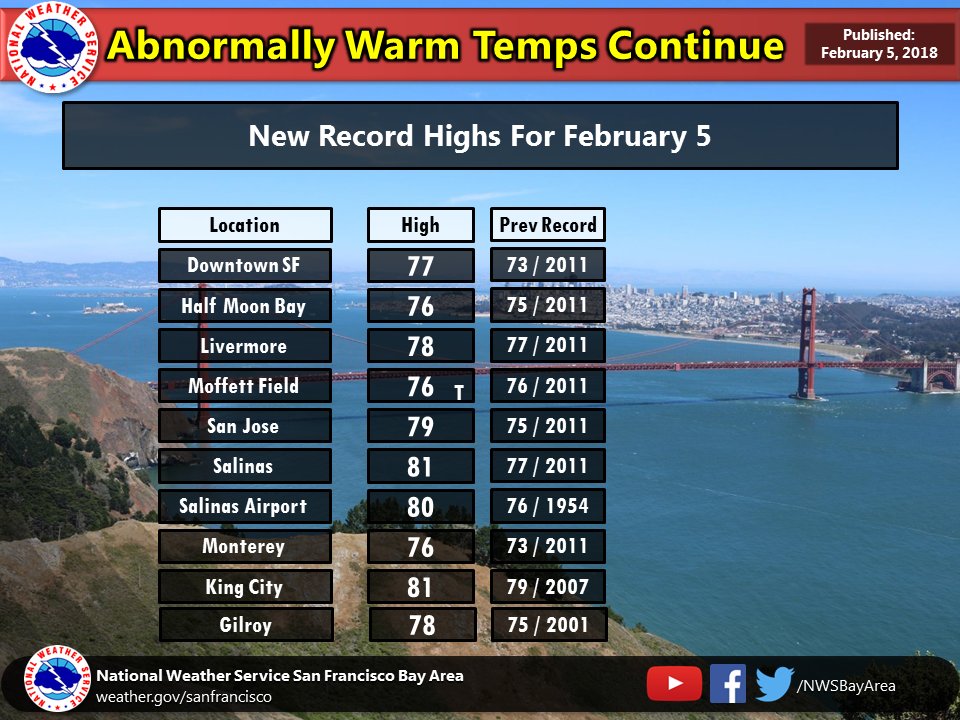 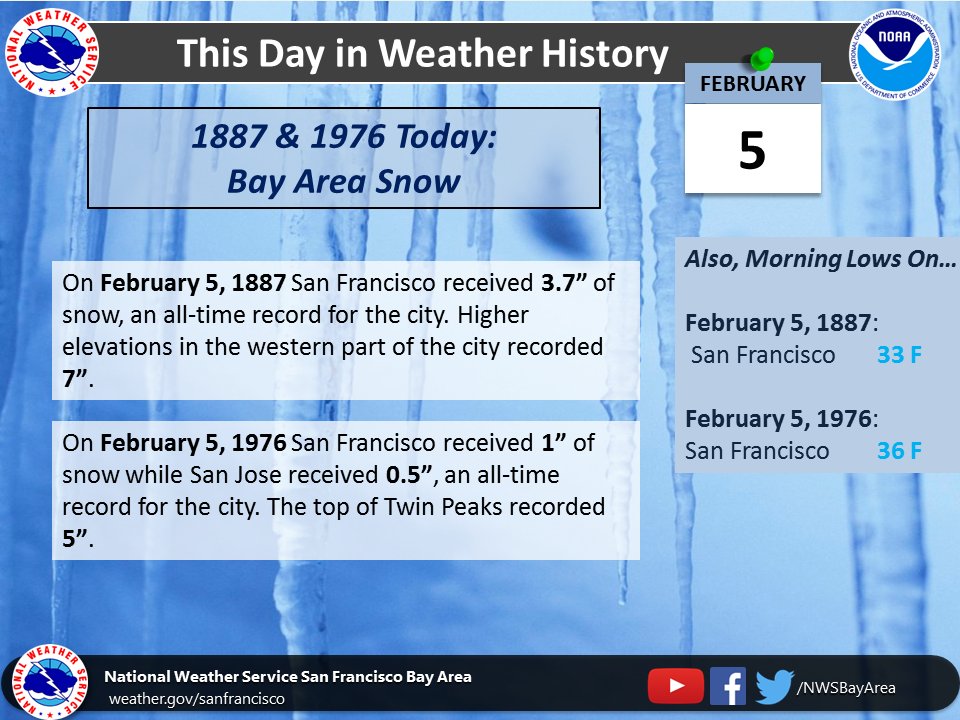 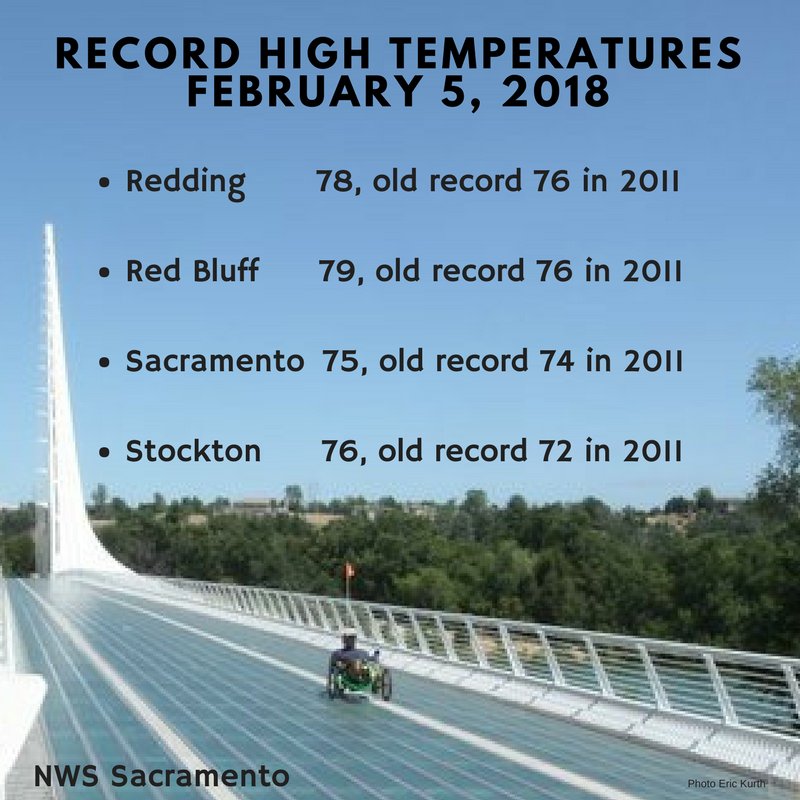