Monday May 7th… Dear Diary. The main purpose of this ongoing post will be to track United States extreme or record temperatures related to climate change. Any reports I see of ETs will be listed below the main topic of the day. I’ll refer to extreme or record temperatures as ETs (not extraterrestrials)😊. Here is today’s main climate change related topic:

Addiction To The Past

Most Monday mornings I am appalled at the plethora of bad climate news coming from a chorus of scientists, journalists and statisticians. That chorus is getting to be about as big as the Mormon Tabernacle Choir, so enormous that I’m finding it difficult to relay all the news. I have to pick and choose, otherwise my posts will be way too long. Today I will pick on the U.S. petroleum industry using and tying together a variety of items I saw on social media.

First, it’s becoming apparent this decade after more widespread use of fracking technology that the U.S. is pumping more oil  than any other country including Saudi Arabia:

The United States is now producing more than 10 million barrels of crude oil per day — the most of any country at any time in human history.

Last year, transportation passed electricity as the number one source of U.S. emissions.

We are addicted to oil.
https://www.reuters.com/article/us-usa-oil-production/u-s-crude-output-jumps-to-record-10-26-million-barrels-per-day-in-february-eia-idUSKBN1I11SJ … 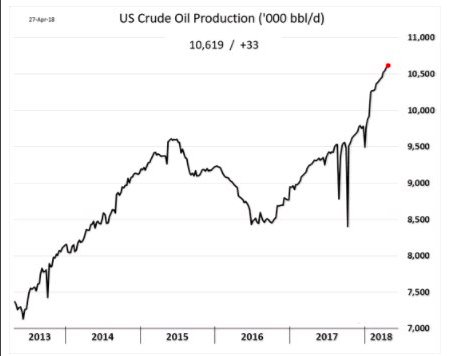 Some of my readers might be old enough to vividly remember the “Energy Crisis” of the 1970s with long lines for gas and prices per gallon much higher than those of today adjusted for inflation. I can recall a high school physics class in 1978 in which we were tasked to design a community that could only use X amount of energy. Students had to decide how big malls and shops could be keeping in mind that only so much electricity was available. President Jimmy Carter conducted chats to the nation in a sweater emphasizing conservation via low thermostat settings. My how times have changed. Not many people conserve wanting ever more lavish lifestyles. Of course, in a big way I am glad to have lived in a country and world since 1980 that didn’t have to fear oil embargos or a lack of cheap energy. Yours truly has enjoyed his creature comforts over the years.

On the other hand I know that if new drilling technologies had not been invented and the energy crisis had continued worldwide into the 1980s the planet would be much further along on the path to a green, sustainable future. One big question I have, however, at this juncture is whether or not individuals need to make do with less. Environmentalists are often accused of being watermelons, green on the outside and red on the inside. Do we need to scrap capitalism in favor of a more socialistic, less consumerist system and way of thinking what is the good life? Indeed we need to change to a certain degree until infrastructure comes on line such that  nearly unlimited green energy can be utilized. Until then, hopefully sooner than most experts think, we are literally swimming in oil with scenes such as this becoming more common: 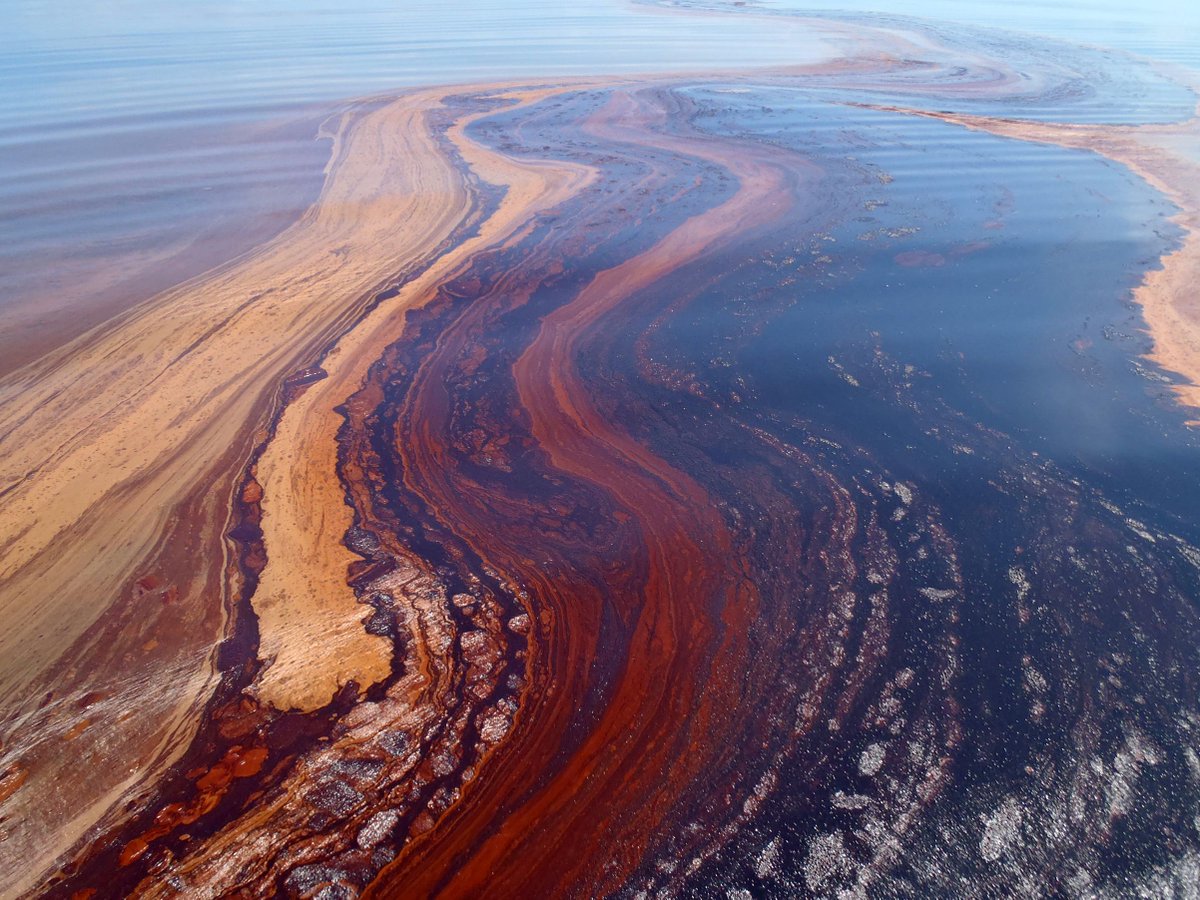 I did notice this morning a new Guardian article stating the thoughts of a very wise, old man, Mayer Hillman:

Essentially by stating that “humanity is doomed” Mayer Hillman wants to jolt enough of us to make that big switch towards change away from fossil fuels. Here is a brief excerpt:

“We’re doomed,” says Mayer Hillman with such a beaming smile that it takes a moment for the words to sink in. “The outcome is death, and it’s the end of most life on the planet because we’re so dependent on the burning of fossil fuels. There are no means of reversing the process which is melting the polar ice caps. And very few appear to be prepared to say so.”

Hillman, an 86-year-old social scientist and senior fellow emeritus of the Policy Studies Institute, does say so. His bleak forecast of the consequence of runaway climate change, he says without fanfare, is his “last will and testament”. His last intervention in public life. “I’m not going to write anymore because there’s nothing more that can be said,” he says when I first hear him speak to a stunned audience at the University of East Anglia late last year.

“With doom ahead, making a case for cycling as the primary mode of transport is almost irrelevant,” he says. “We’ve got to stop burning fossil fuels. So many aspects of life depend on fossil fuels, except for music and love and education and happiness. These things, which hardly use fossil fuels, are what we must focus on.”

Of course, I agree with Hillman. The best things in life are free to borrow a tried and true phrase. I guess that makes me a watermelon.😉

Yesterday Dr. Katherine Hayhoe made a long list of the reasons why we are drilling with reckless abandon being addicted to energy that should be part of humanities’ past.  I invite all to read or at least  glance at her thread on Twitter (You will need to scroll to this thread since I could not link it.):

Why is it so hard to wean ourselves off fossil fuels in time to prevent serious impacts from climate change?

It’d be nice if there were just one reason: but there isn’t. There are political, economic, cultural, social, psychological, even physiological barriers.

5:00 PM – 6 May 2018
It’s nice to have reasonable excuses for human action or non-action, but as Mayer Hillman and others suggest, will inaction on the climate issue eventually lead to our extinction? I think, optimistically, that we are better than a bunch of fruit flies in a jar incapable of change until all the oxygen is exhausted. Our collective intelligence will be the key to the survival of the homo sapiens species. On this site I’ll be pointing to either some very stupid or intelligent decisions as we roll along through the 21st century.
..,……………………………………………………………………….
We are starting to get some ET reports this week:

Climate Signals‏ @ClimateSignals
Record-breaking hot today in Phoenix at 106˚ – making 3 years in a row that a record-breaking heat wave has hit the U.S. Southwest where the fingerprint of anthropogenic warming has been formally identified. http://www.climatesignals.org/headlines/events/southwest-us-extreme-heat-may-2018 … 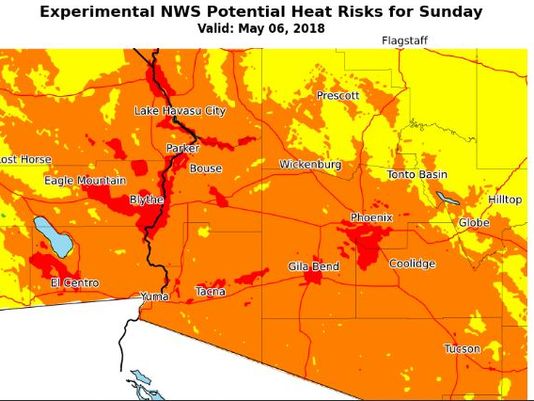 One thought on “Extreme Temperature Diary- May 7th, 2018/ Topic: Addiction To The Past”