Tuesday May 8th… Dear Diary. The main purpose of this ongoing post will be to track United States extreme or record temperatures related to climate change. Any reports I see of ETs will be listed below the main topic of the day. I’ll refer to extreme or record temperatures as ETs (not extraterrestrials)😊. Here is today’s main climate change related topic:

After the first week of each month usually meteorologists can tell how that current month will shape up temperature wise across most of the country unless there is a sharp weather pattern change. Last month we had indications by 4/8 that the weather would be cold east of the Rockies, which verified. In fact, average temperatures were anomalously cold more than any month since November 2014 for the lower 48 states. Two states, Wisconsin and Iowa, had their coldest Aprils on record:

It’s official. Per @NOAANCEIclimate, April was the coldest on record in both Wisconsin & Iowa. Both states shattered their previous records from 1907 by ~1.5˚F, an impressive crushing as monthly mean temps go. #climate #wiwx #iawx 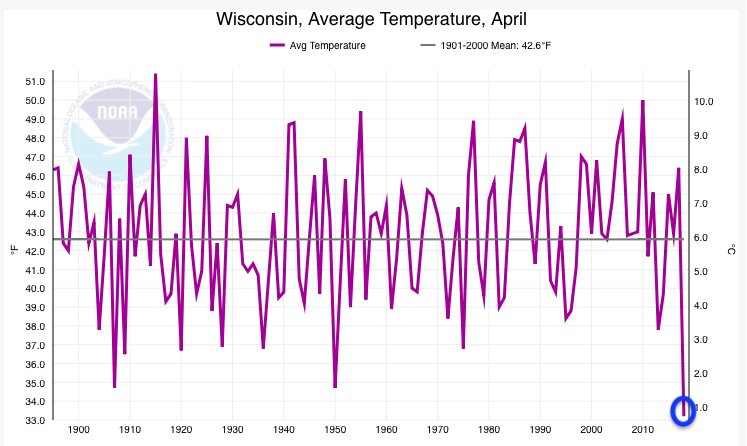 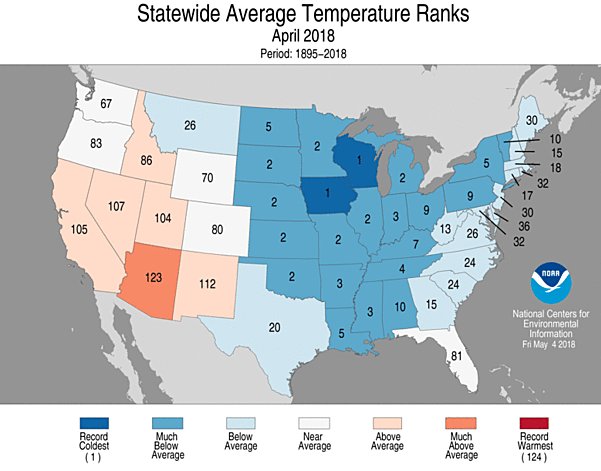 Notice that I added the number 13 next to the counts of 972 DHMX and 3282 DLMN records for April 2018, which indicates that April 2018 was the 13th coldest April on record since statistics began being kept for the lower 48 states since 1895. The counts from April 2018 fit with that low ranking. So far there have been more than 2000 record lows than in all of that very toasty El Nino year of 2016. You certainly would not think that global warming is a concern just by looking at the temperature data coming from the U.S. this year.
May 2018, however, has gotten off to a warm start with the score 289 “warm team” to 54 “cold team” through 5/6. This statistic is reflected by temperature averages:

First week of May in the books… what a great month thus far in the U.S.! Just a bit different when compared to April. 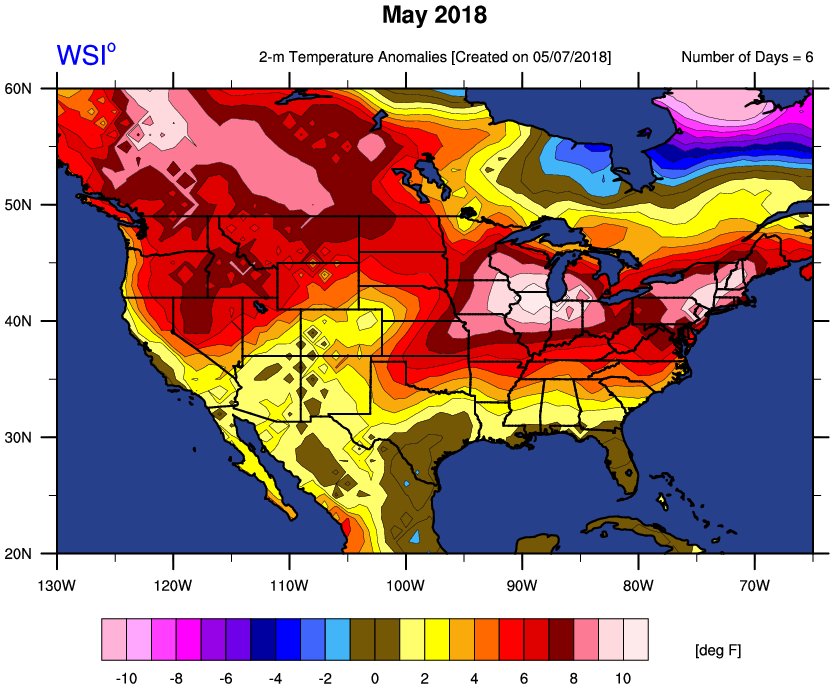 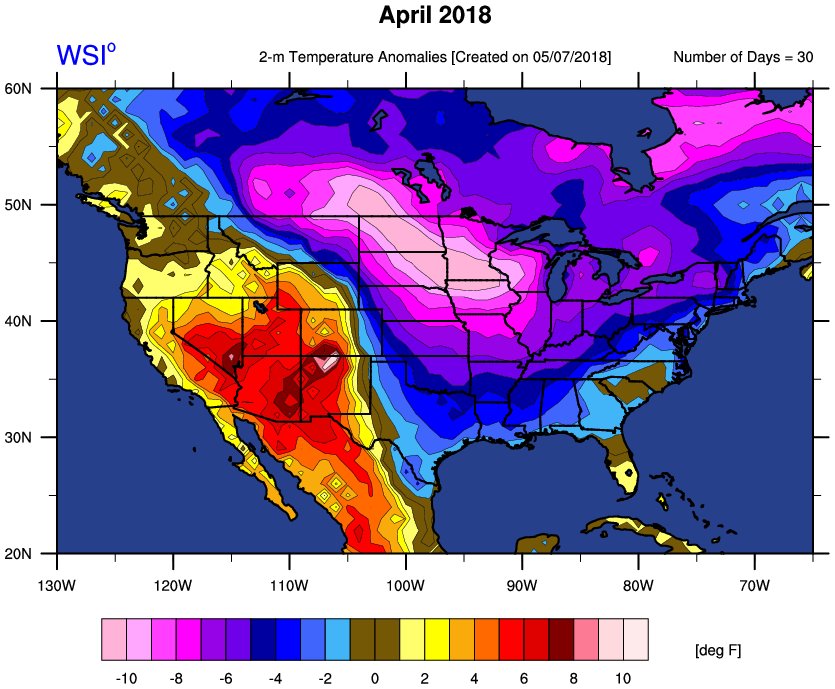 6:04 AM – 7 May 2018 from Andover, MA
I don’t see anything in the meteorological cards (models) suggesting that May won’t verify pretty much as indicated by this NWS outlook, so we may see what has been the typical global warming pattern rear its ugly head across the country yet again:

In the shorter term south of a developing front we should see some near record warmth across portions of the southern half of the U.S. by this weekend:

Elsewhere across the planet news from the Arctic continues to be disturbing if down right alarming:

Multi-year sea ice is essentially gone over large parts of the Arctic. Just 2% of ice is older than 5yrs.

Carry on with banging pots and pans, warning everyone who can hear you.

This is an emergency. 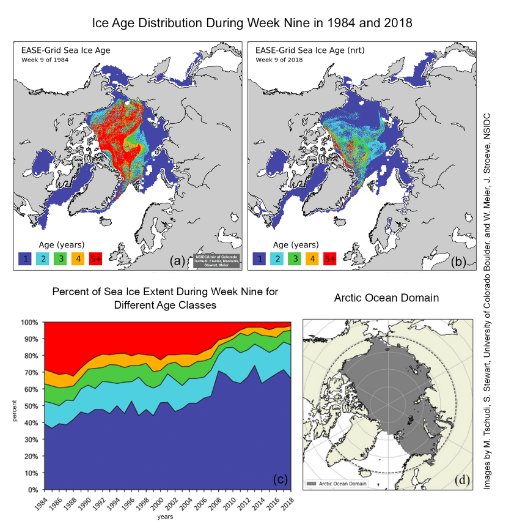 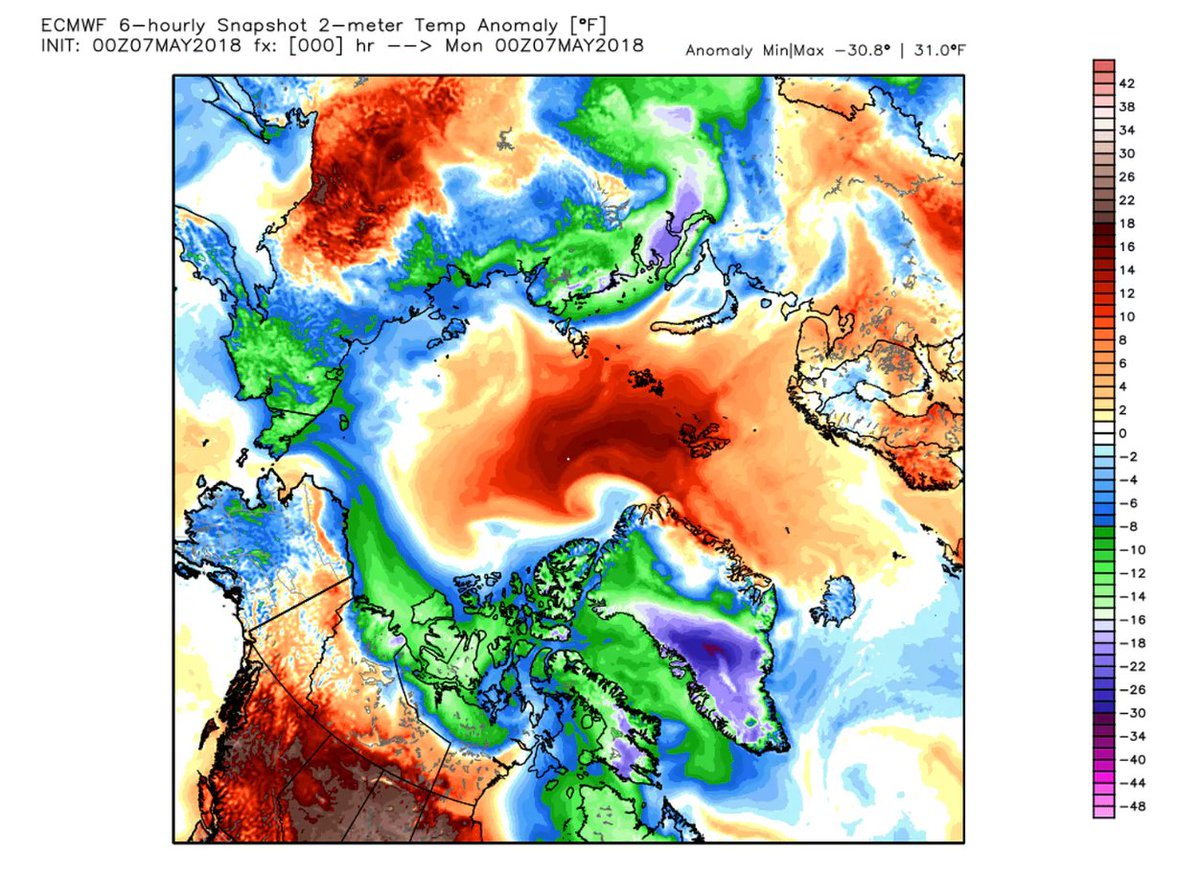 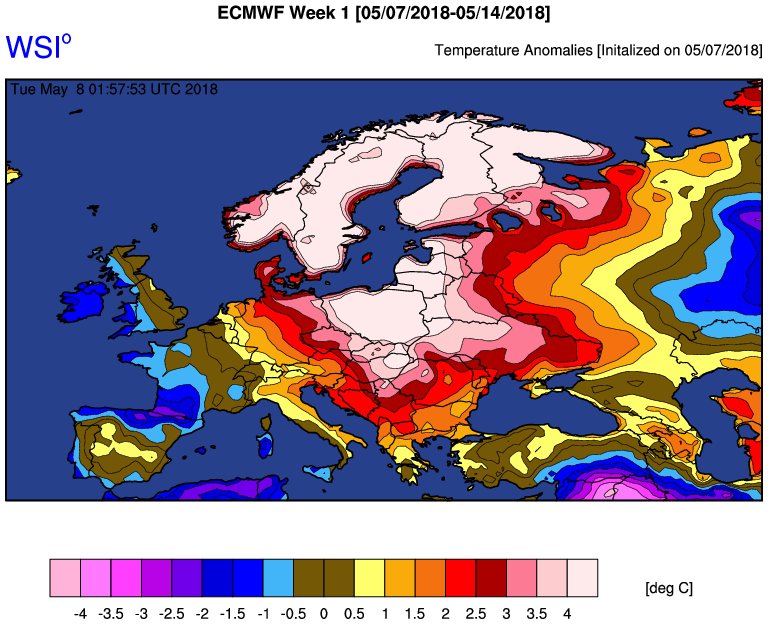 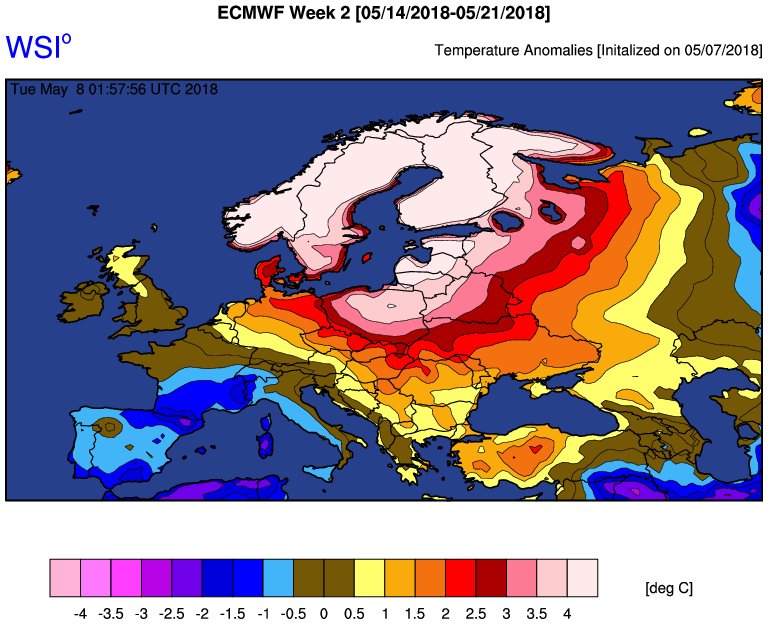 7:15 AM – 8 May 2018 from Somerville, MA
The atmosphere in the Northern Hemisphere has generated both record cold and record heat in April and May 2018. Across the U.S. I have a feeling that April 2018 will be the most anomalously cold month in the lower 48 states in quite some time. We will see.