Sunday May 13th… Dear Diary. The main purpose of this ongoing post will be to track United States extreme or record temperatures related to climate change. Any reports I see of ETs will be listed below the main topic of the day. I’ll refer to extreme or record temperatures as ETs (not extraterrestrials)😊. Here is today’s main climate change related topic:

The southern half of the U.S. is in the midst of the first heat wave of the season where summer has arrived early. As of 5/13 here is my updated record scoreboard showing that for May 2018 the ratio of NCEI record high maxes to lows is 14 to 1 and climbing:

We have a complete reversal in the weather pattern that predominated April 2018 with a warm ridge of high pressure producing hundreds of record high maxes and high minimums from the drought parched Southwest through Texas into the Southeast. Fortunately we are not seeing many maxes close to 100F as would be the case from June through August during a similar synoptic pattern. Here are maxes for today, which is Mother’s Day:

Let’s look at the current 500 millibar pattern across the country:

Here we see a flat ridge with well above average heights as much depicted in the red colors across most of the U.S. except for the far West and Florida. That small system near Florida will moisten the atmosphere across the Southeast on Tuesday bringing  some cooling relief there. Note the polar vortex which has shrunk spinning southwest of Greenland and around Hudson Bay. The vortex is covering much less territory than it usually does in May.

Perhaps global warming or climate change has been a little beneficial in the heat wave area significantly cutting down tornado numbers since the weather pattern resembles that of June instead of May. There just hasn’t been enough jet stream energy to spin up that many tornadoes. I do know that storm chasers are a little unhappy, though.😉 Here are 2018 NWS tornado statistics through 5/11:

And here are reports of ETs from this weekend:

NWS Eastern Region‏Verified account @NWSEastern
It has been very warm weekend across the southern mid Atlantic with several high temperature records broken or tied. It is not too hard to find where the stalled front sits producing clouds, showers and thunderstorms. 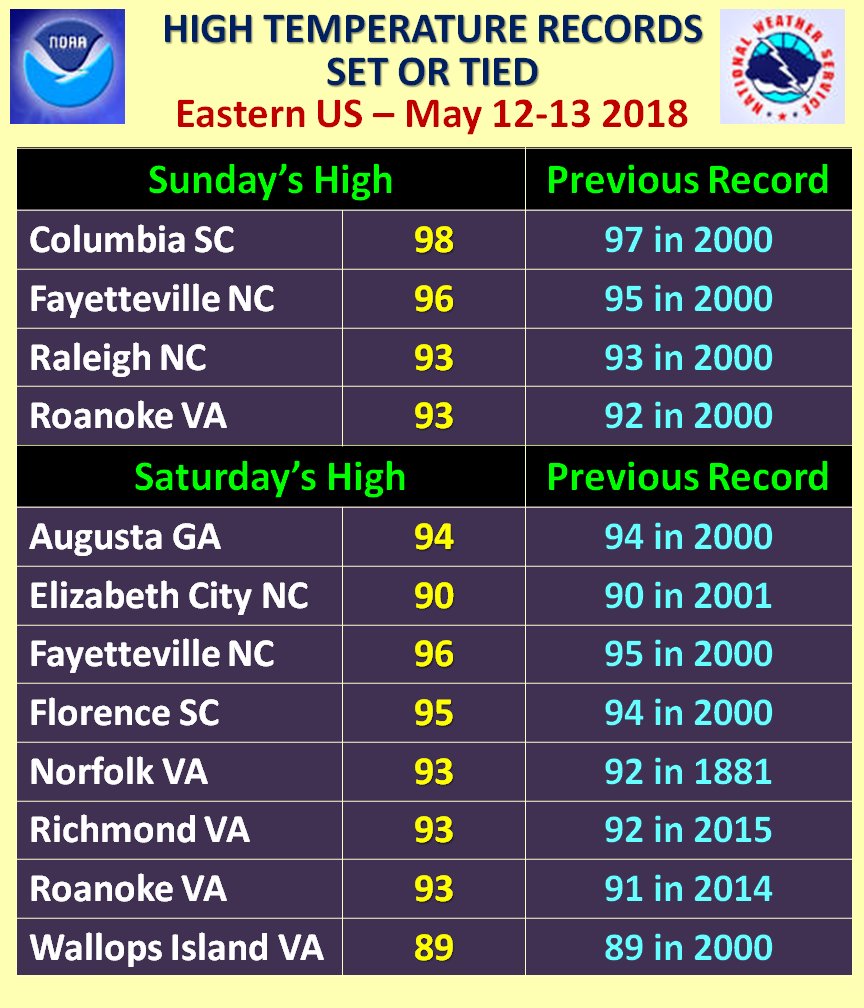 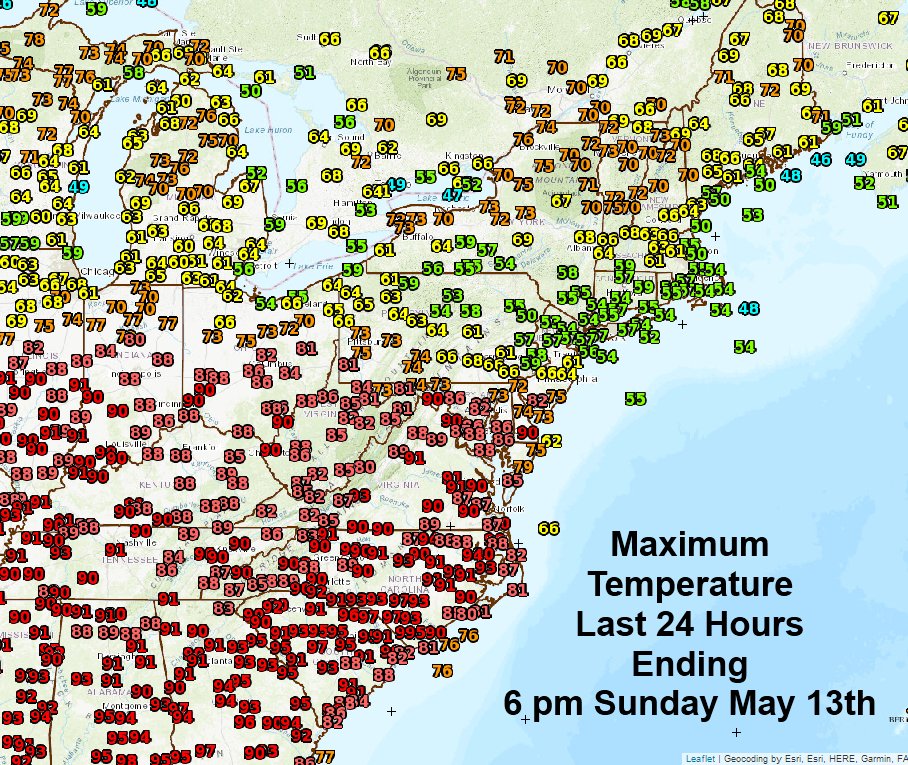