Friday May 25th… Dear Diary. The main purpose of this ongoing post will be to track United States extreme or record temperatures related to climate change. Any reports I see of ETs will be listed below the main topic of the day. I’ll refer to extreme or record temperatures as ETs (not extraterrestrials)😊. Here is today’s main climate change related topic:

In the U.S. the Memorial Day holiday in late May traditionally kicks off the summer season, but usually any dangerous heat occurs later in June. Not this year. West of Alberto’s circulation in the Plains temperatures will soar into the 90s all the way into the Canadian border. In mid-May we noted the first episode of heat reaching into the 90s for this year. This heat wave will be the second episode of heat for folks to take some precautions this season and will be much more substantial than the first. Looking at conditions today, Friday May 25th, will be the first day of this heat wave. Tomorrow heat will surge northward to the Minneapolis area where only a month ago mins were in the 30s:

Residents of Texas are used to extreme heat, but not widespread low 100s this early. I expect to see some “ET” reports from the Plains over the weekend. As of this writing no advisories for heat have been posted by the National Weather Service, though. At this point the worst danger will be from negligent drivers leaving passengers and pets in vehicles with rolled up windows.

Summer-like weather expected across the mid-continent in the next couple of weeks–our 15-day forecast features record high PWCDDs (since 1950) nationally and for the ERCOT, SPP, and MISO regions 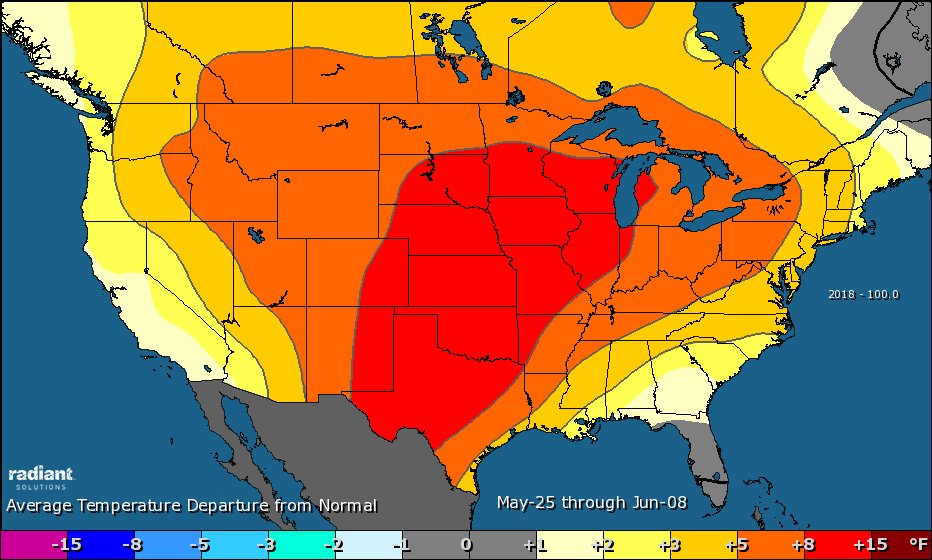 We are keeping an eye on heat-related hazards across the central U.S. where numerous daily record highs appear likely to be tied or broken through early June. Some areas could see heat index values of 110-115F. http://www.cpc.ncep.noaa.gov/products/predictions/threats/threats.php … 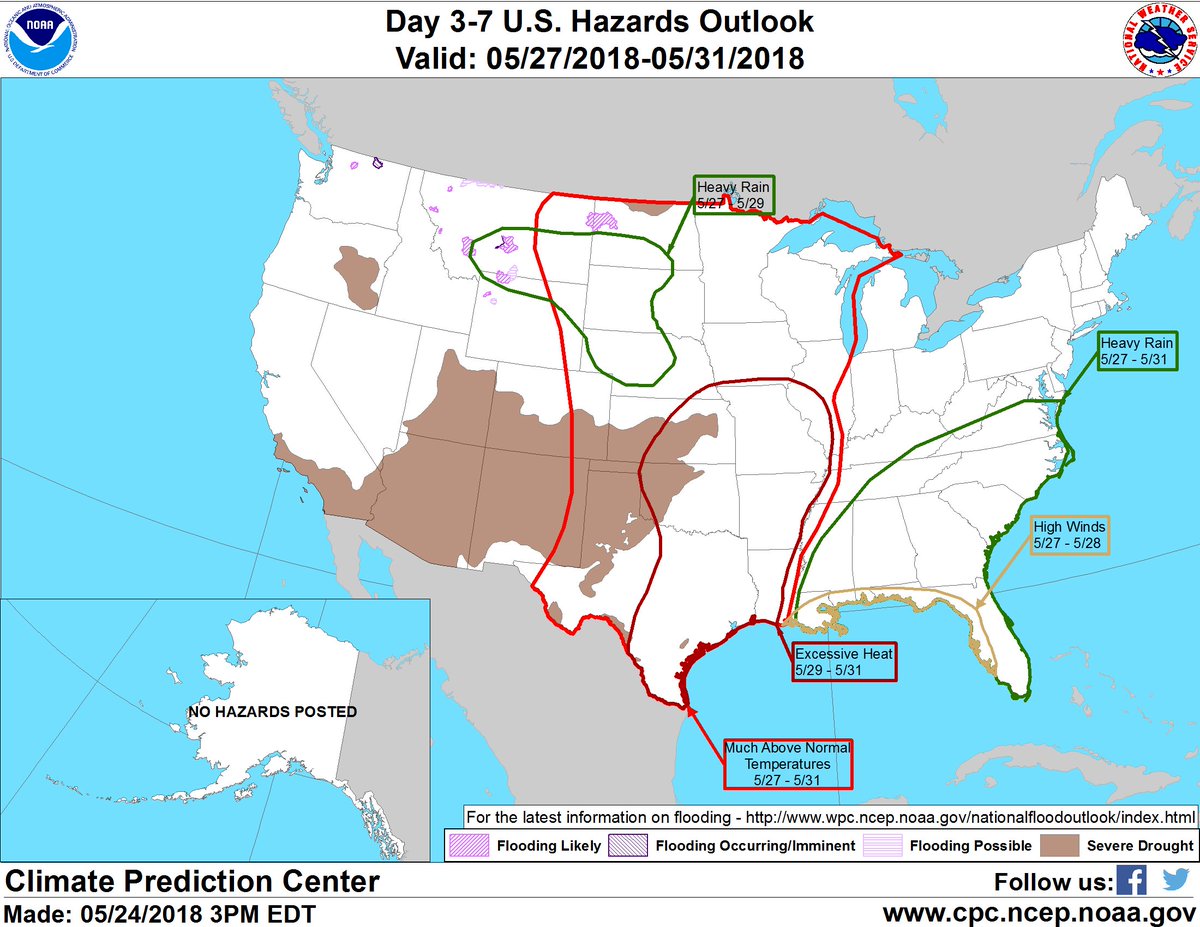 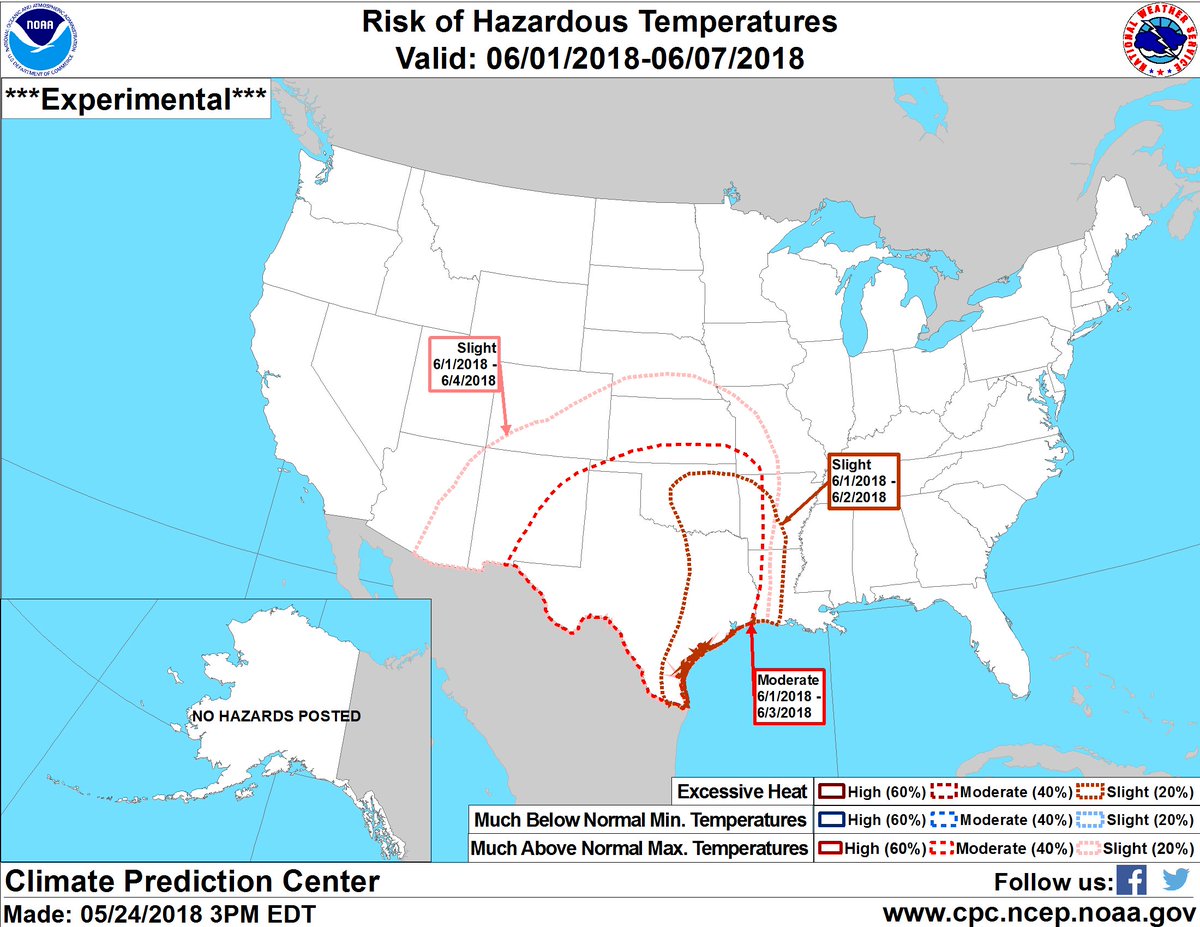 Looks like Oklahoma City is almost certain to notch its warmest May on record–just one month after its second-coldest April on record!

Meanwhile, some unusually long (for May) 90˚+ streaks may continue in the Upper Midwest through Memorial Day weekend, setting dozens of daily records. https://wxch.nl/2IIZ7an 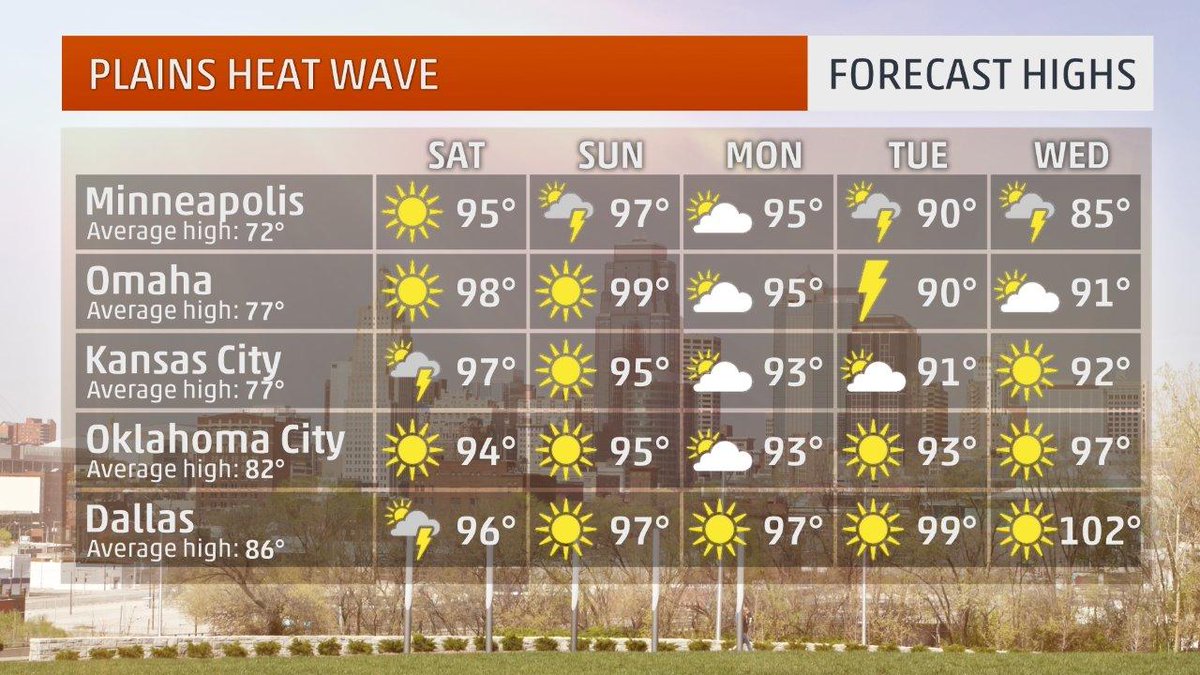 As we transition from late May into early June our best computer model guidance indicates that in the wake of Alberto heat will be moving eastward from Texas into the Southeast.  A front will put an end to the 90s in the northern and central Plains by the 2nd or 3rd of June. It’s too early to tell if the front will put a big dent in the Texas heat:

Speaking of Alberto and the tendency for storms to occur outside the official hurricane season from June 1st through November 30th:

5 of the last 7 years (including 2018) have seen the first named storm before the official June 1 Hurricane Season start date. #Alberto pic.twitter.com/j8SKGp1QZp

The 5 PM EDT #Alberto advisory continues to indicate a track toward the middle Gulf coast by early next week. Heavy rainfall and flooding will extend far from Alberto’s center and will be the primary concern for Georgia headed into next week. #gawx 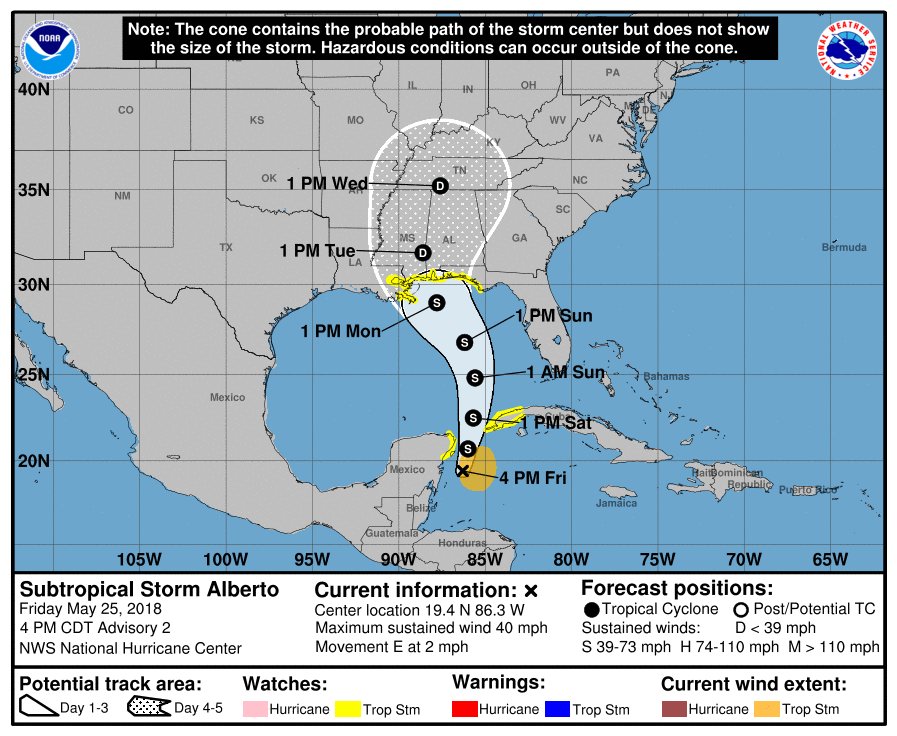 I may add more relevant information to this post later today.