Saturday May 26th… Dear Diary. The main purpose of this ongoing post will be to track United States extreme or record temperatures related to climate change. Any reports I see of ETs will be listed below the main topic of the day. I’ll refer to extreme or record temperatures as ETs (not extraterrestrials)😊. Here is today’s main climate change related topic:

Besides extreme changes in temperature nature leaves weather clues indicating that the climate is changing. One of the most obvious would be tropical cyclones happening out of season or in odd places. Last year we saw a hurricane, Ophelia, affect Ireland in mid October:

(Image from Wikipedia) Ophelia was the most eastern major hurricane in the Atlantic basin record.

This year in the Gulf of Oman Mekunu is raising eyebrows. It’s not out of the physical, meteorological realm of possibility that both Ophelia and Mekunu could have occurred in the same geographical locations and produced the same effects say in the 1960s, but a warmer world increases the likelihood for odd storms to crank in odd places and at unusual times of the year. In the case of Mekunu near the Arabian peninsula MIT has already produced a study in 2015 saying such:

“Grey swan” cyclones predicted to be more frequent and intense. Study finds some coastal regions may face a risk of unprecedented storm surge in the next century.

So just how rare and unprecedented was Mekunu? Eric Holthaus has been blogging on the system putting it into perspective:

One of the strongest cyclones ever to hit Oman — equivalent of a Category 3 hurricane. Landfall in a few hours. #MekunuCyclonehttps://twitter.com/IrishEagle/status/1000063632191950848 … 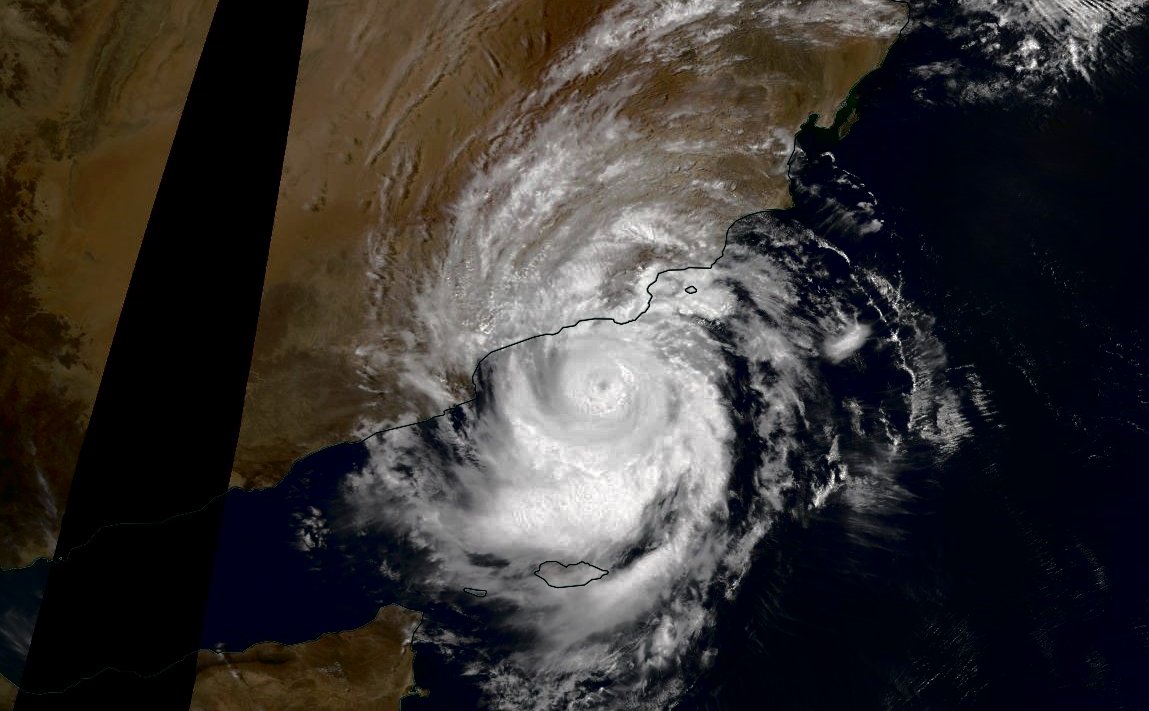 Mekunu is about 12 hours from a direct hit on Salalah, Oman — a city of 200,000 people. Sustained winds currently estimated at 115mph (185kph). About 15 inches (400mm) of total rainfall expected — five years’ worth.pic.twitter.com/Z11mnSRooH 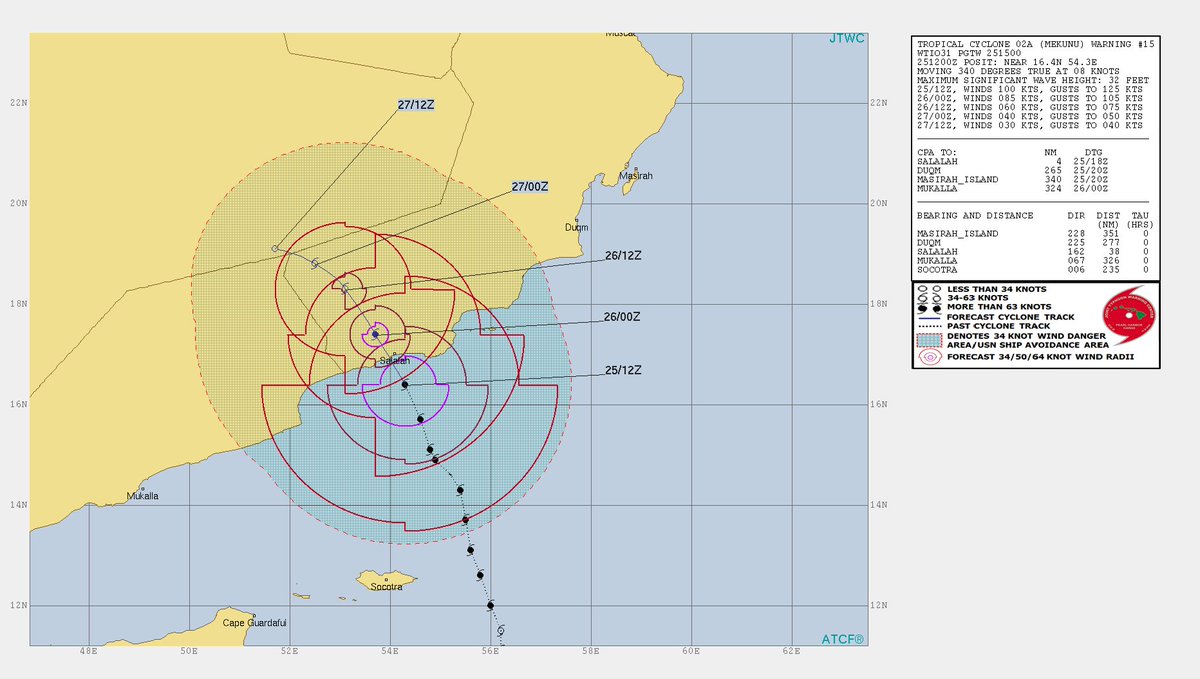 By the end of the century, @MIT research suggests that this trend toward more frequent cyclones in the Arabian Peninsula could spread to the Persian Gulf — where there has never been a hurricane-strength storm in recorded history. 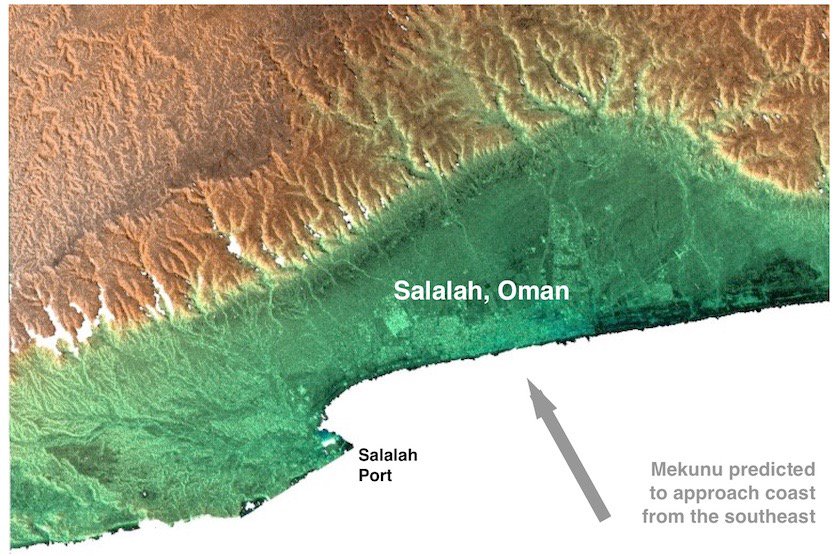 8:18 PM – 25 May 2018
Not only will tropical cyclones start affecting odd corners of the Earth not used to tropical activity, but in “off” seasons due to climate change. Case in point is Alberto currently in the Gulf of Mexico:

5 of the last 7 years (including 2018) have seen the first named storm before the official June 1 Hurricane Season start date. #Alberto

If it gets as high as 96F at Chicago on Sunday the 27th that would be one degree shy of  a daily record and also one degree below the warmest reading set so early in any given year. I expect many ETs to be reported from the nation’s mid section on Sunday.  (From Threadex: http://threadex.rcc-acis.org/)

This is what a cold lake, a hot day, and a short distance can do. High of 92°F at Duluth Int’l was the city’s hottest on record for so early in the year. 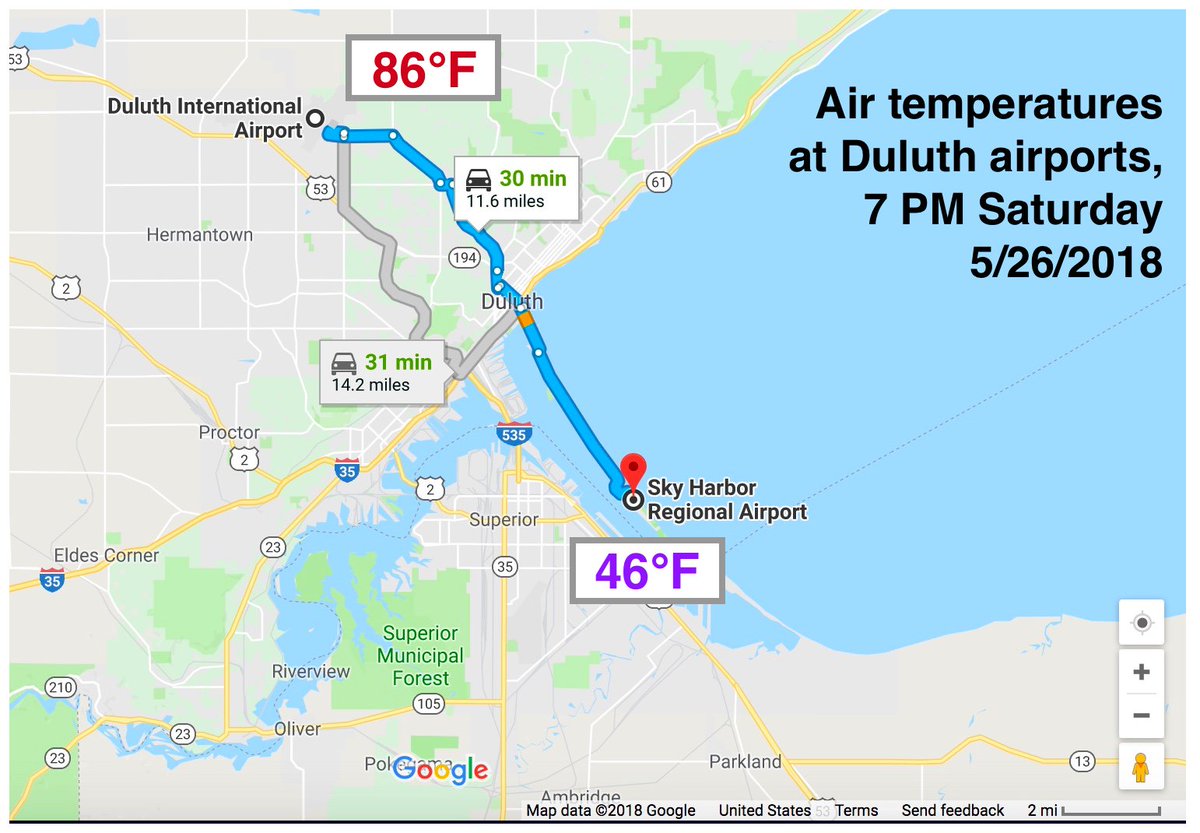 It’s a HOT one out there. Shattered two high temperature records today; one at Duluth and the other at Brainerd. More warm weather on tap for Sunday and Memorial Day! 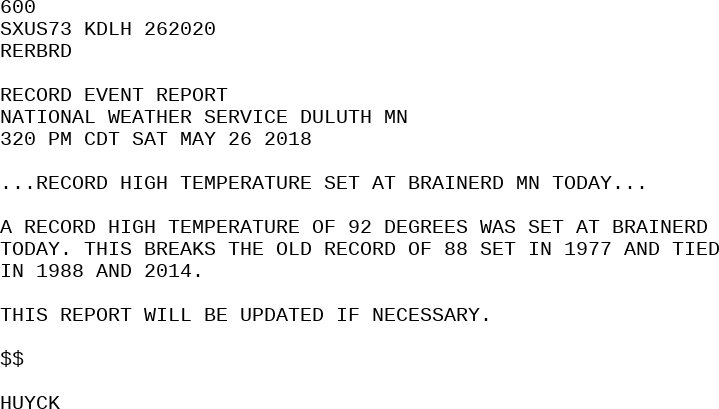 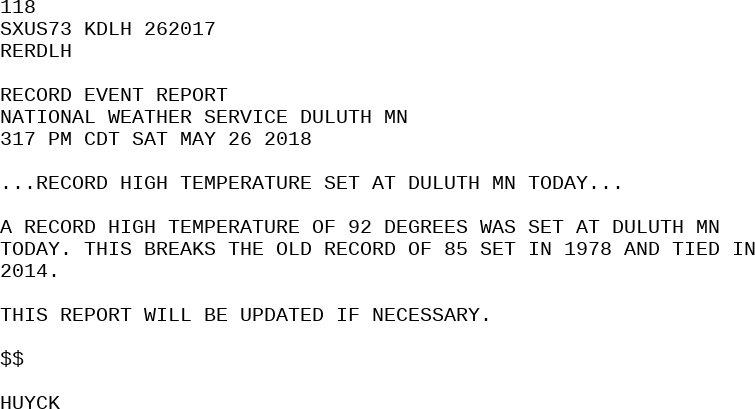 As if we needed more confirmation it’s hot outside… 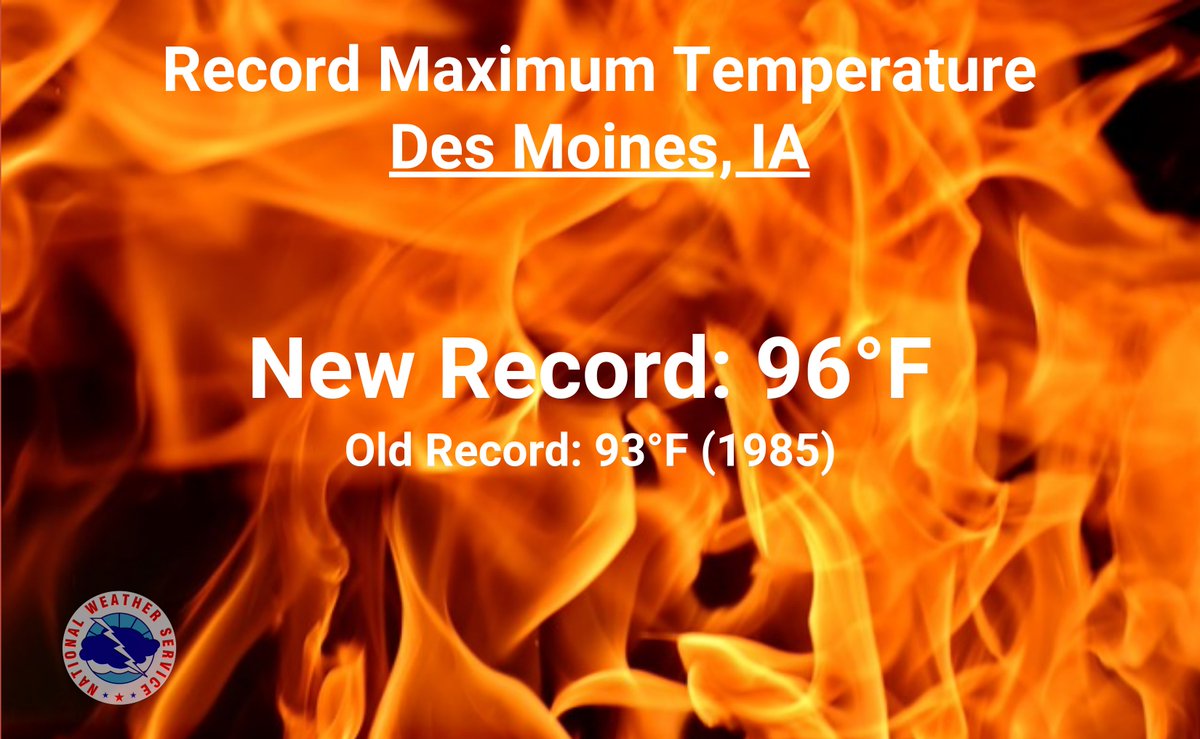 This is our forecast here in West Texas for the next FIFTEEN DAYS.

For context, the historical long term average number of days per year over 100F is ~10. 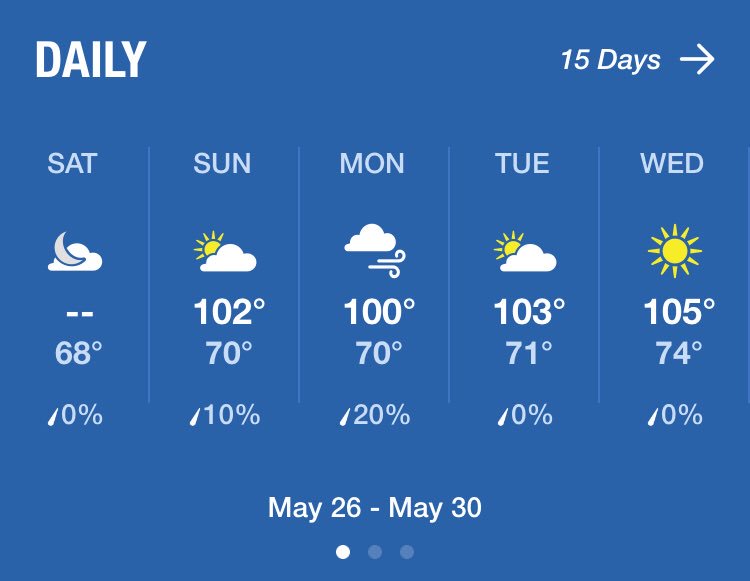 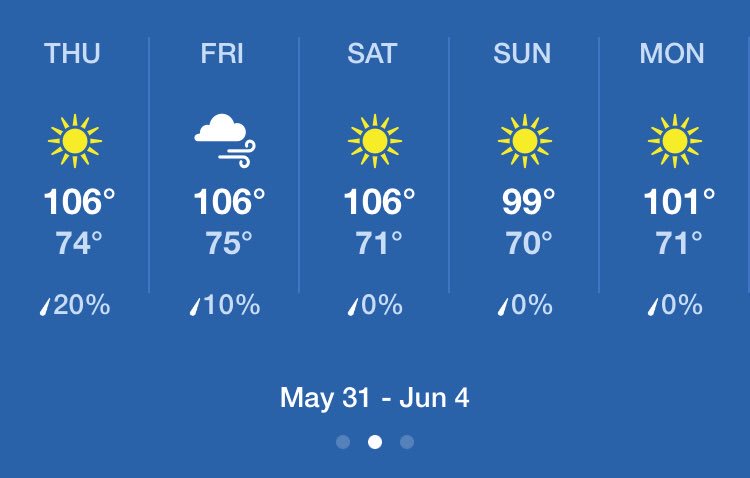 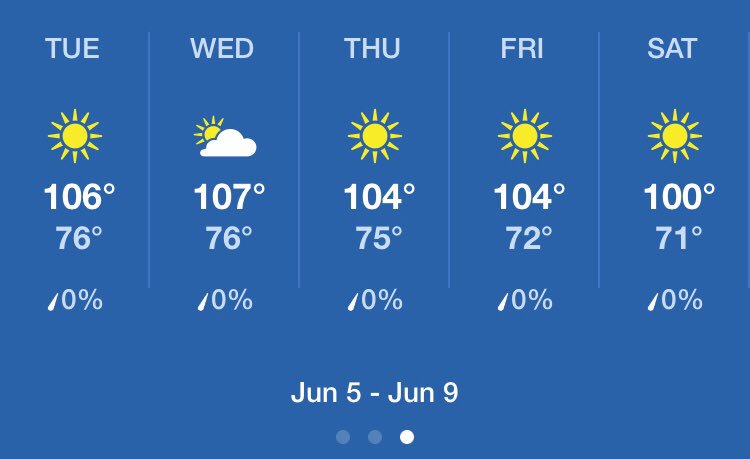 Heat Advisory through Sunday evening for most of West Texas.  #txwx  #nmwx 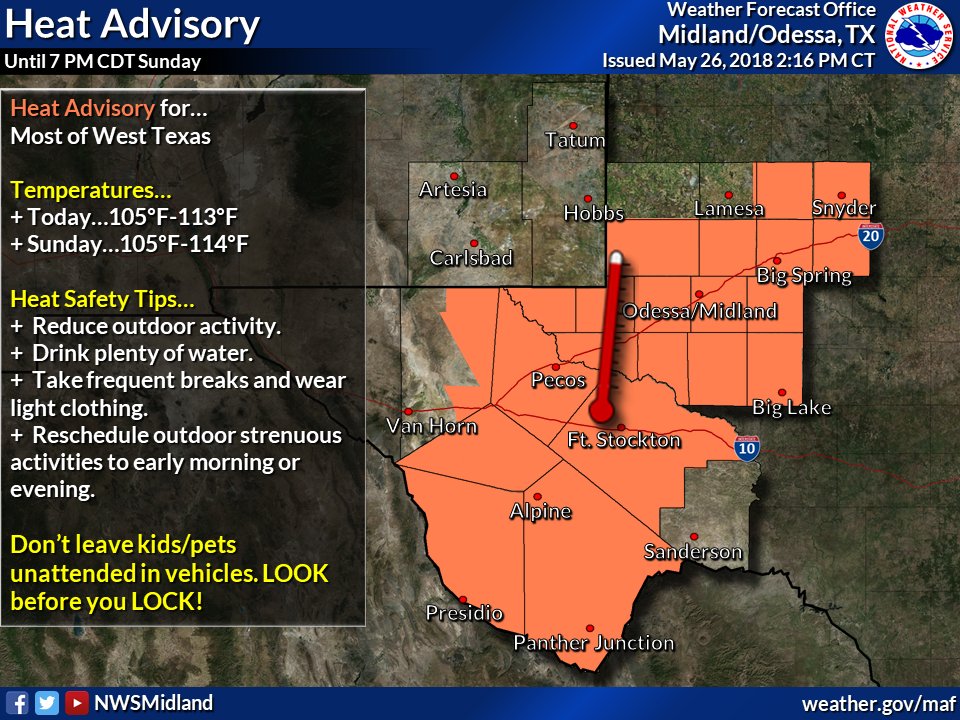 3:05 PM – 26 May 2018
(If you like these posts and my work please contribute via the PayPal widget, which has recently been added to this site. Thanks in advance for any support.)
The Climate Guy