Wednesday July 4th… Dear Diary. The main purpose of this ongoing post will be to track United States extreme or record temperatures related to climate change. Any reports I see of ETs will be listed below the main topic of the day. I’ll refer to extreme or record temperatures as ETs (not extraterrestrials)😊. Here is today’s main climate change post related hot topic:

Happy 4th. Yeah let me write that it is as hot as a firecracker for most of the country while everyone groans.😎 As I would contend due to carbon pollution the mid-summer holiday is becoming hotter across the country, and 7/4/2018 is a prime example. Dangerous heat is denoted by NWS watches and warnings here:

Extreme heat is hanging on for another day in the Northeast. The area of real estate of advisories in the Midwest has grown substantially over the last twenty four hours. We’re still anticipating historic heat over the Southwest by the end of this week, but temperature levels are already at dangerous levels. Tomorrow there will be more of the same in all three areas of the United States:

The good news here is that a front will put the kibosh on heat in the northern Plains, and maxes won’t be much above 95F in the Northeast.

Across the West I should also mention horrendous wildfires taking place because of ongoing drought and that added heat. Here is a new article:

Nearly 60 large, active blazes are burning across the West, including nine in New Mexico and six each in Utah and California, according to the National Interagency Fire Center. So far this year, wildfires have burned 4,200 square miles in the United States, according to the fire center. That’s a bit below last year’s acreage to date — which included the beginning of California’s devastating fire season — but above the 10-year average of 3,600 square miles.

Authorities announced late Monday that a fire near Fort Garland, about 205 miles southwest of Denver, had destroyed 104 homes in a mountain housing development started by multimillionaire publisher Malcolm Forbes in the 1970s. The damage toll could rise because the burn area is still being surveyed. 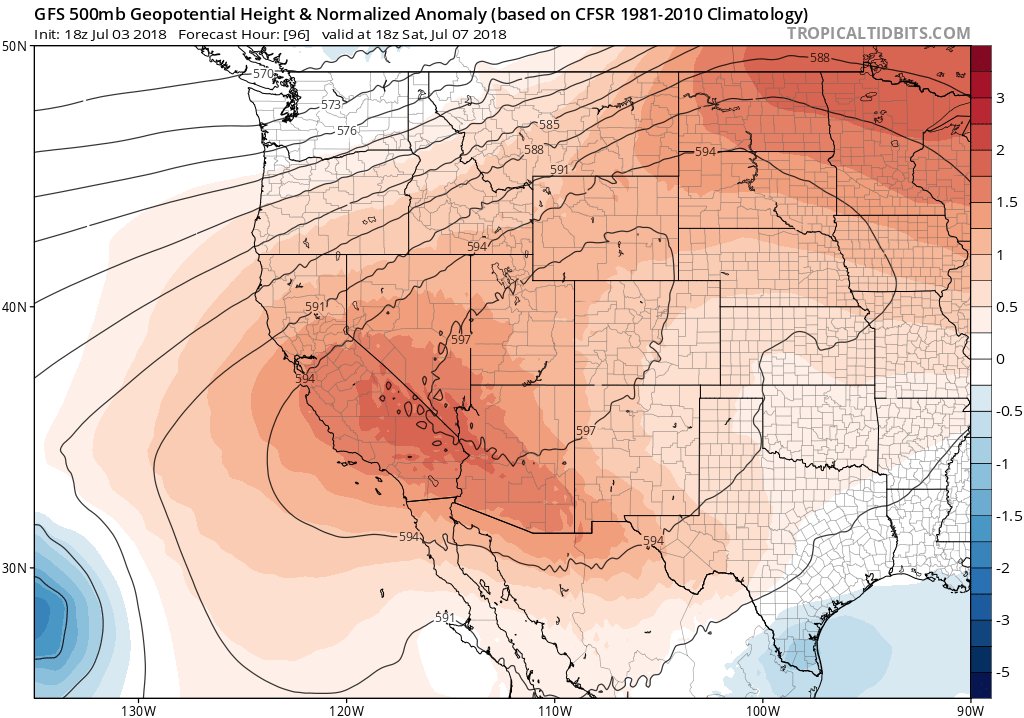 Yesterday I mentioned that the extensive heat dome will retrograde to the west exacerbating heat there by this weekend, but allowing a front to bring relief to much of the East. What happens next week?

Instead of breaking down, the dome moves back towards the east quickly heating much of the Plains and perhaps the South:

Residents of Houston aren’t too pleased with this weather pattern, but for another reason. A disturbance rotating around the southern periphery of the mega ridge is producing yet another flood emergency for that soaked city. Perhaps climate change is turning  southeast coastal Texas into a swamp? I’m beginning to think so:

BREAKING: THE FIREWORKS WILL GO ON AT @FreedomOverTX!!!

But look at how swollen Buffalo Bayou is! These floodwaters have forced the cancelation of the @FreedomOverTX concerts. #IndependenceDayFlood #HoustonFlood 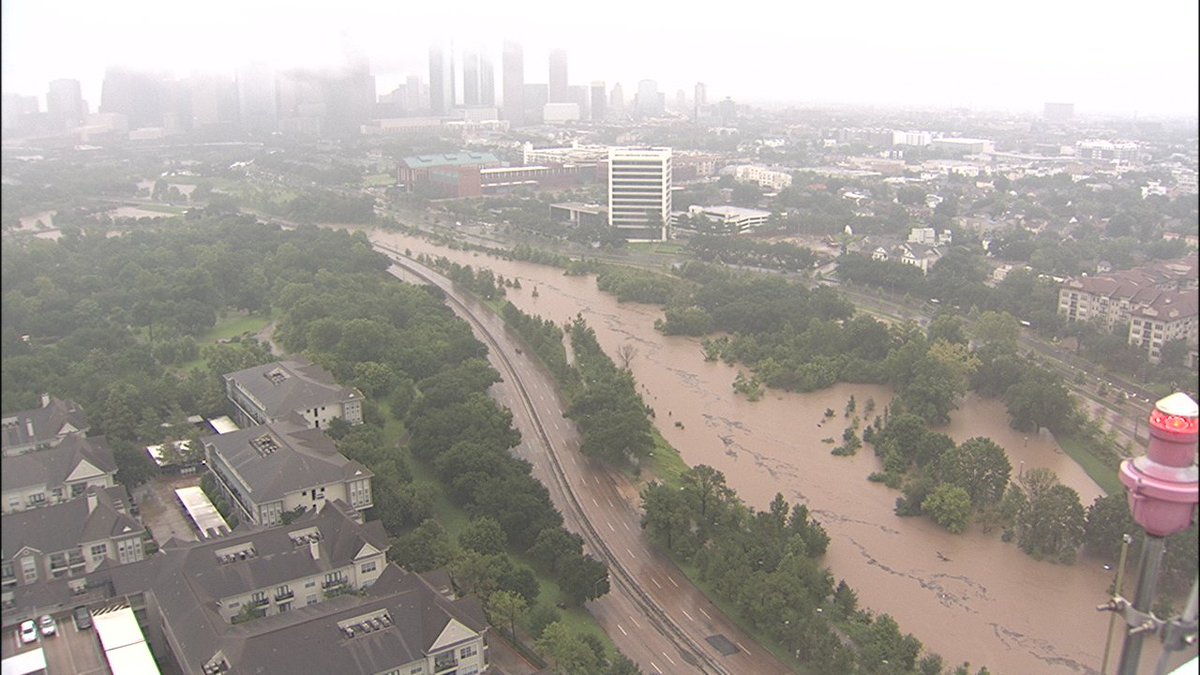 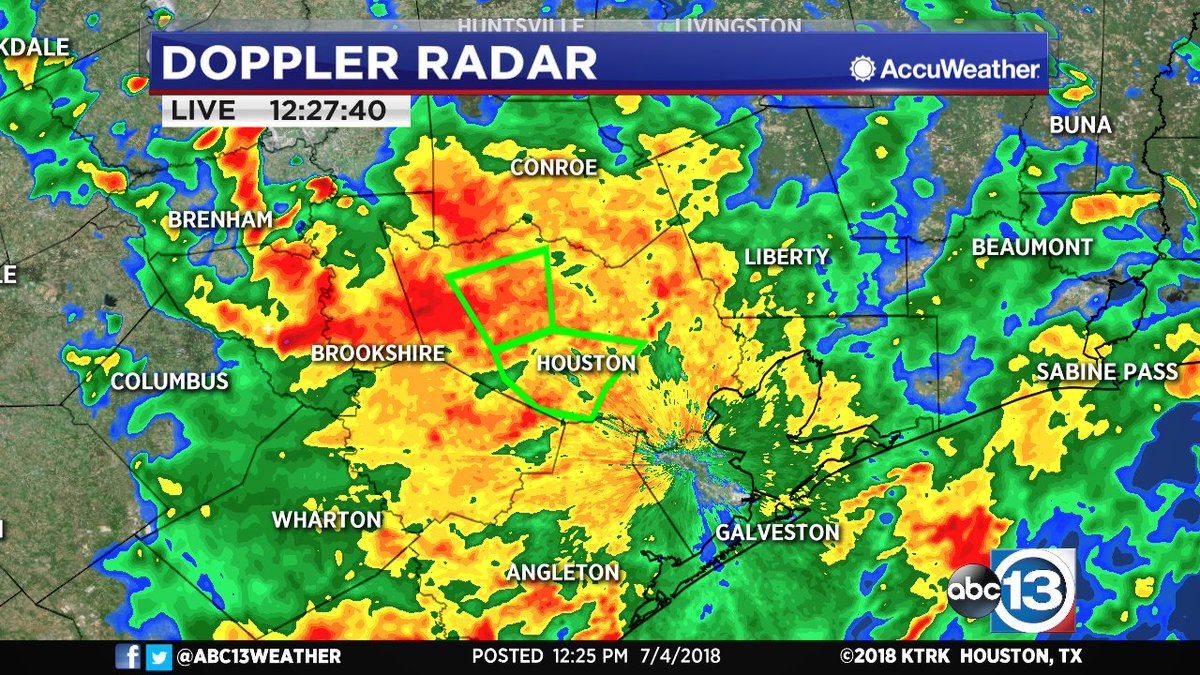 Widespread heavy rain in the Houston area has shifted to the west. Smaller bayous have crested already, some of the larger bayous and the San Jacinto River will be rising into action stage or minor flood. For local impacts, check NWS Houston at http://weather.gov/hgx #txwx 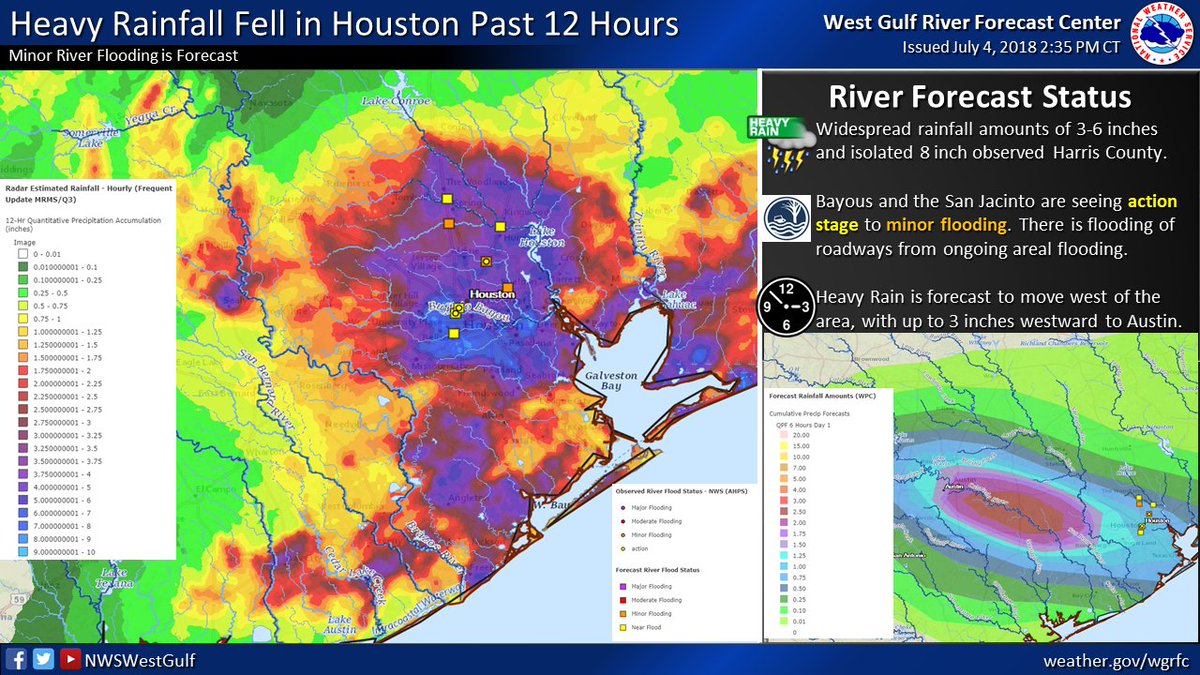 Across the lower 48 states on Independence Day only Montana, the Dakotas, and Minnesota had maxes below 90F among major reporting stations.

So far today Augusta has tied the record temperature for today at 93 F. Old record was set in 2002.

It’s not every day record high temperatures occur from Bristol Bay to the #Alaska Panhandle, but Tuesday was one of those days: records set for July 03 included Juneau 83F, King Salmon 82F, Anchorage 80F, Kodiak 78F. #akwx @Climatologist49 #HeatWave2018
11:59 AM – 4 Jul 2018
Here are some ET reports from around the planet:

All-time heat records set around the world during the past week (Quoted from this fine Washington Post article by Jason Samenow):
A massive and intense heat dome has consumed the eastern two-thirds of the United States and southeast Canada since late last week. It’s not only been hot but also exceptionally humid. Here are some of the notable all-time records set:

A large dome of high pressure, or heat dome, has persistently sat on top of Eurasia over the past week, resulting in some extraordinarily hot weather:

5:00 AM – 4 Jul 2018
(If you like these posts and my work please contribute via the PayPal widget, which has recently been added to this site. Thanks in advance for any support.)
The Climate Guy