Saturday August 4th… Dear Diary. The main purpose of this ongoing post will be to track United States extreme or record temperatures related to climate change. Any reports I see of ETs will be listed below the main topic of the day. I’ll refer to extreme or record temperatures as ETs (not extraterrestrials)😊. Here is today’s main climate change post related hot topic:

Being human every single one of us has regrets in life thinking that if we could just go back in time and fix one or more things we would be so much better off today. On the climate issue I like to think of the human race as one big planetary organism in which individuals are part of a whole just like brain cells are part of a body. Once enough brain cells interact with enough nerve and muscle cells to get the entire body to walk the body begins moving. This may occur despite some cells telling the body it is uncomfortable while your entire being knows that it needs exercise to maintain good health, sometimes taking considerable willpower. Of course, if we physically don’t take care of our bodies, we will have many regrets later in life.

The entire body may come to regret giving into the desire to be a couch potato after a certain period of time. After feeling horrible the body may come to the conclusion that it needs to ignore its lazy, slothful side for health reasons, realizing that it can’t continue eating the same greasy, sugary, fatty foods. If the body is very sick but still has a chance to get well, it may need an operation, removing cancerous parts that will make it terminal. This is going on now through such processes as litigation trying to change or shut down greasy brown energy companies. The planet is beginning to undergo some awful but necessary chemotherapy. The longer a body puts off corrective behavior, the longer it will take to get well.

For too long the human race has been a big couch potato on the issue of climate, but is it too late to prevent a fatal heart attack? I’ll try to answer that question on this site and blog the next few years. To be honest from what I have seen since 1988 I’m very close to throwing in the towel declaring that it’s too late to avoid the collapse of civilization, if not the eventual extinction of homo sapiens, but not quite yet. I’ll need to see more scientific consensus before I make that declaration.

This week the New York Times came out with a long, blockbuster article on a period of time in this country from 1979-1989 in which there was fairly broad bipartisan consensus that the burning of fossil fuels was a problem, which could have triggered necessary, wholescale changes to right the climate ship. The United States by this point in time would have been an energy and environmental leader instead of a follower. Due to the New York Times piece and others this week I get the sense that the entire planet is about to go through a psychological “shoulda woulda coulda” phase before seriously grappling with the climate issue, minuscule green energy, recycling and conservation efforts not withstanding. Here are the links to this week’s shoulda woulda coulda articles:

We also saw this week some criticism of the New York Times article:

At @nytmag @pulitzercenter launch of @NathanielRich climate-inaction epic, a 12-year-old girl asked a tough question: “Where should we go to stay safe?” Full vid: https://www.youtube.com/watch?v=7nJ_eH3ypOU … Only @DrJamesHansen addressed the deeper issue her question reflected: #climatejustice 1/

The deep-dive @nathanielrich narrative is here: http://j.mp/losingearthNYT  Most critics (e.g. @yayitsrob @NaomiAKlein @climateprogress) have decried how his focus on deep human flaws lets fossil fuelers off the hook. My concern is different… 2/ 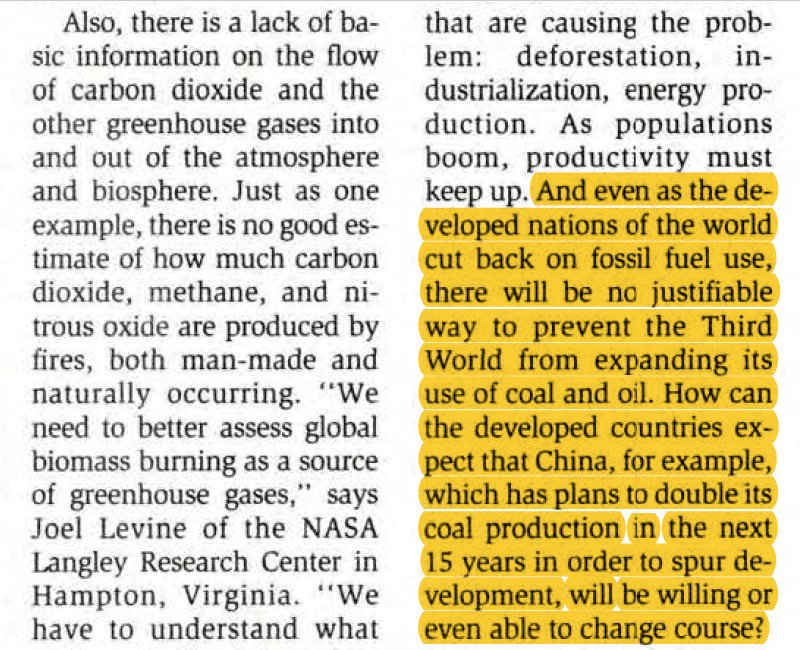 The Huffington Post piece tells us that planet Earth would be in about the same shape in 2018 had we acted to change course in the 1980s. However, by 2030 we would see a different, cooler planet. Quoting Jennifer Francis from the article:

“Maybe surprisingly, it would not look much different in 2018,” said Jennifer Francis, a research professor at Rutgers University. “That’s because all the CO2 emitted up until the ’70s and ’80s remains in the atmosphere for over a century. We’re now feeling the impacts of accumulated greenhouse gases we’ve dumped into the atmosphere since the industrial revolution.”

Basically we are about at the point in 2018 as we were in 1988 but with much higher emissions. Ugh! We will be reaping the heat sewn now into the system in 2048 even if we suddenly turned off the carbon spigots this year. We may very well not be able to keep planetary averages below the recommended +2.0C threshold no matter what we do. We still can avoid civilization crushing higher temperatures, though, or at least from what I’ve read.

Here is a third take from The Nation putting a lot of blame on American brown energy corporations:

Will people have a lot of climate regrets in 2048? You betcha’! Let’s just hope that today’s still semi-healthy couch potato will roll into the gym, eat some healthy food, although it might not be that tasty, and get well.

On Sunday in the wake of a slow moving extremely wet system, the Eastern Seaboard will experience uncomfortable 90s for maxes. California will begin to heat up once more, unfortunately, as the heat dome begins to rebuild over the Southwest: 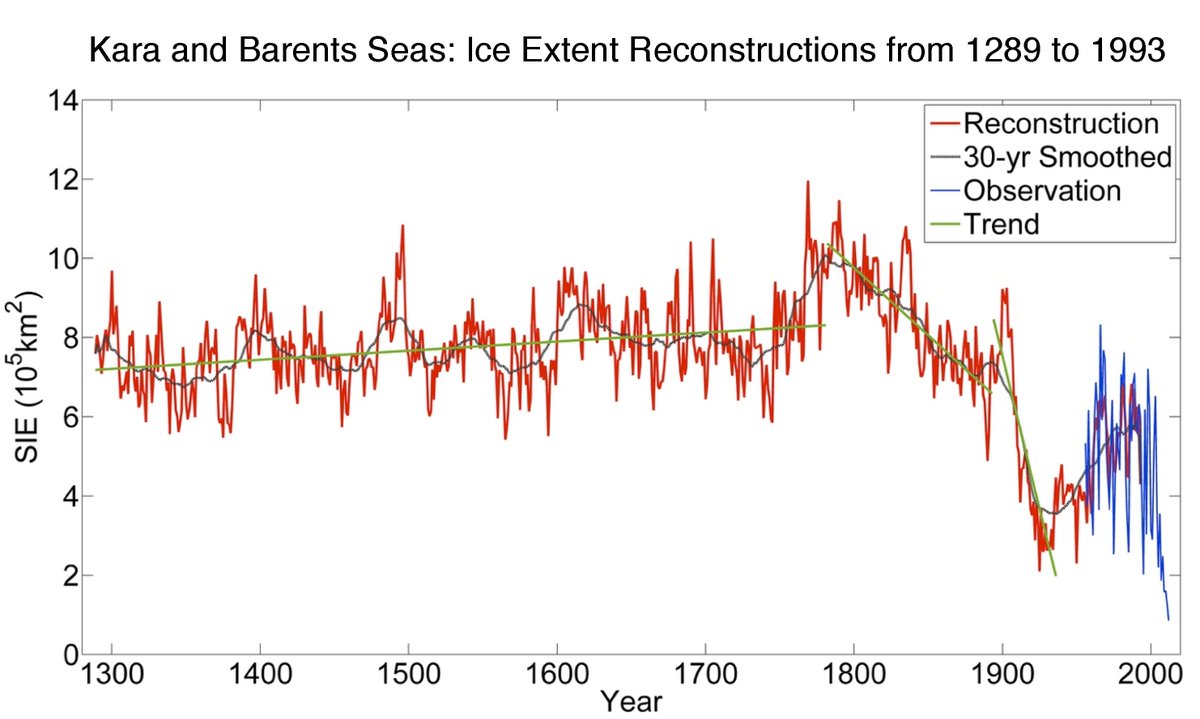 Super interesting use of the stripes. UK sunnier, warmer & wetter in last 20 years. Notice the sunnier may seem odd if wetter? But new AMS state of climate shows cloud cover decrease globally. Relying on clouds to help reflect sun for cooling effect is not present, at least yet. 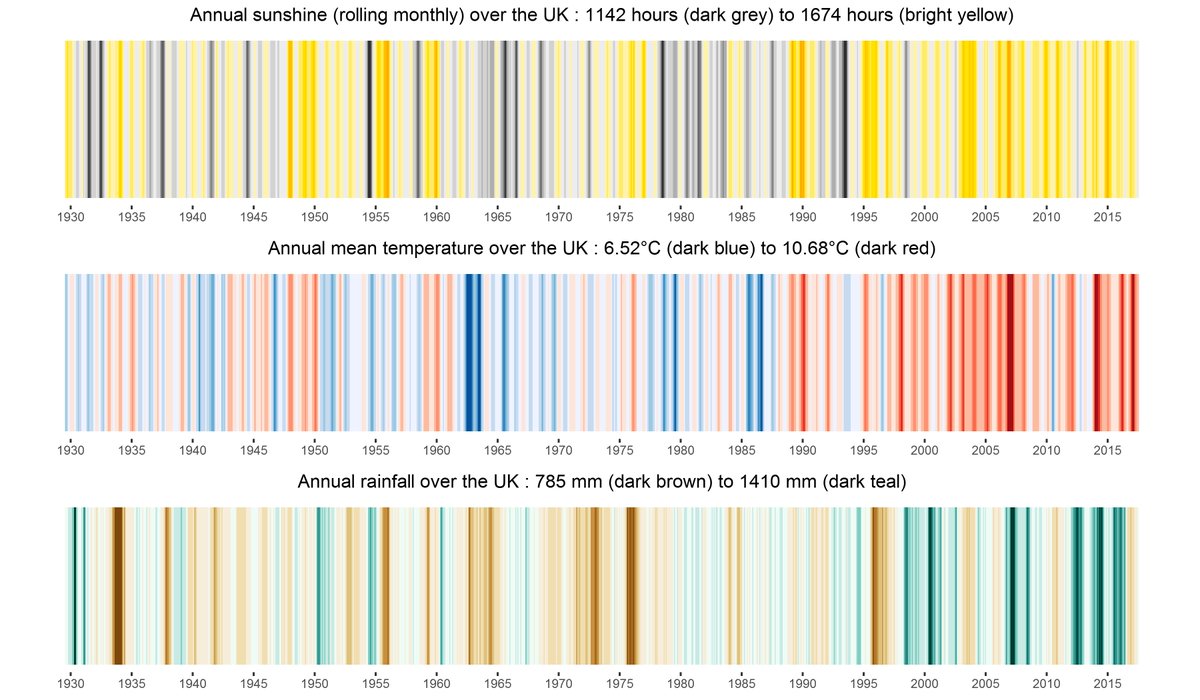 Daytime maxima during May-June-July 2018 were the warmest on record for the Central England Temperature region, at 3.2°C above the 1981-2010 average. This beat the record held by 1976. #ukheatwave 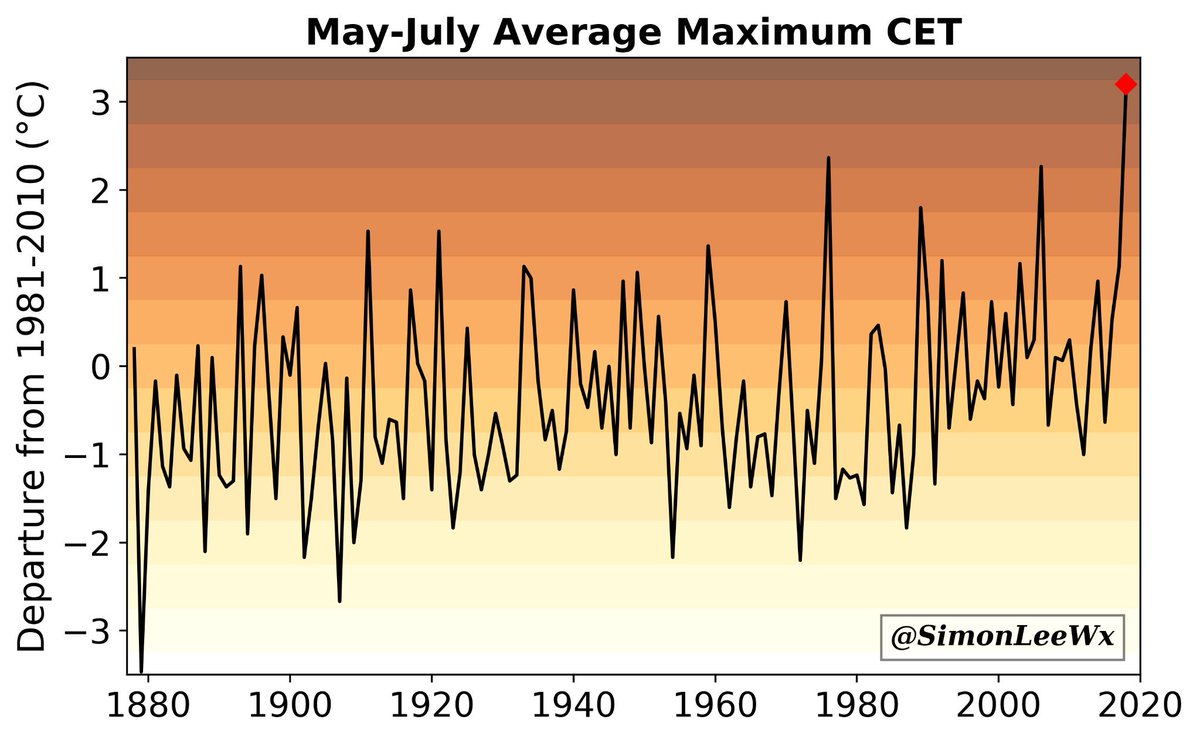 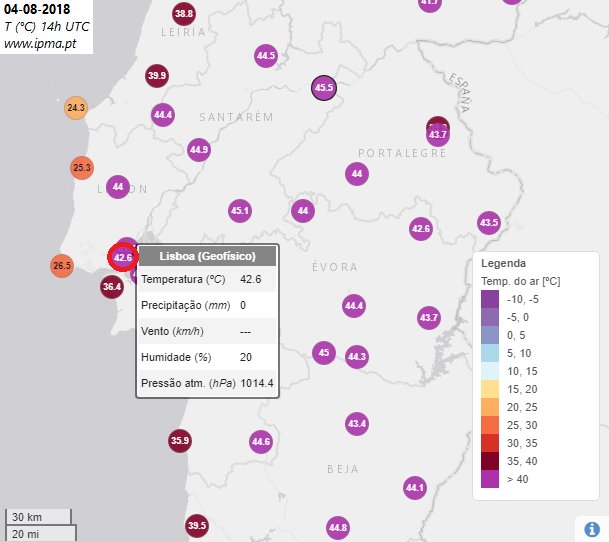 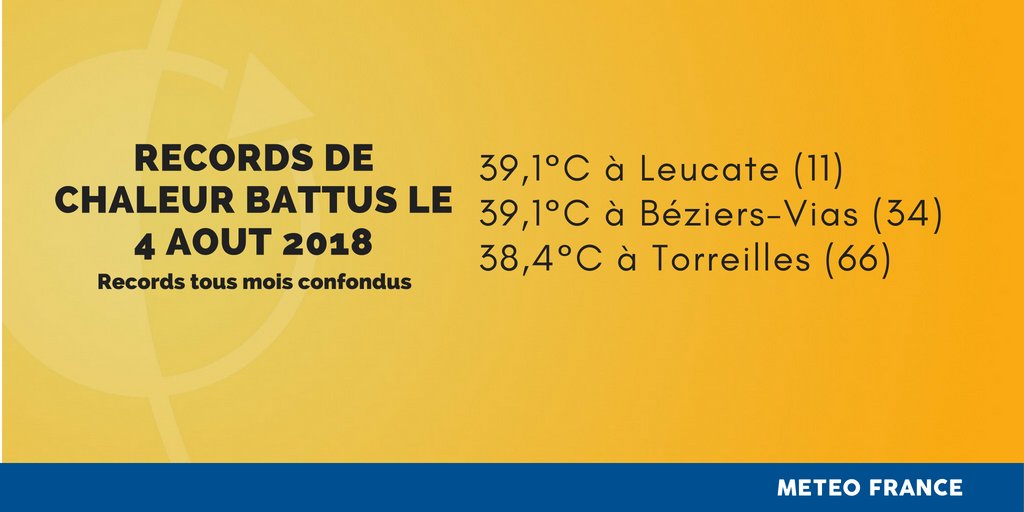 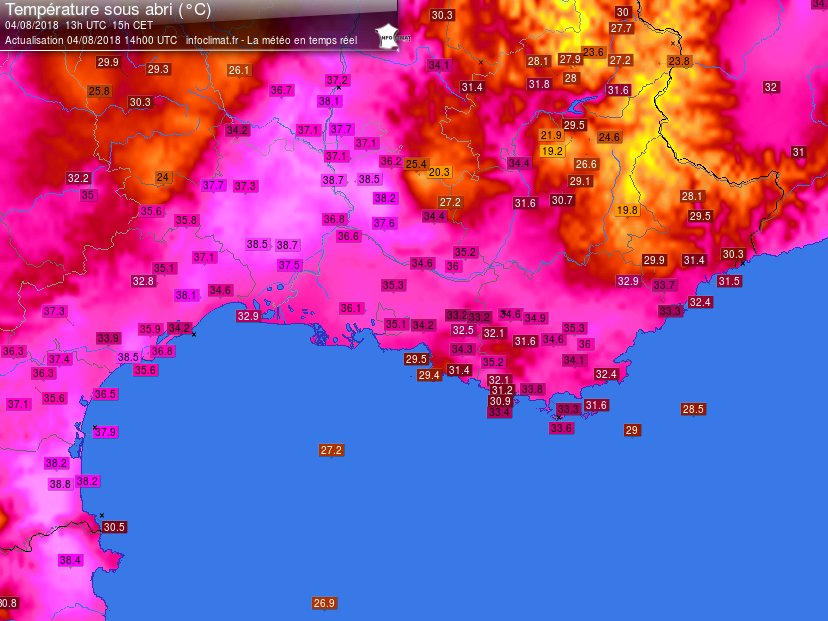 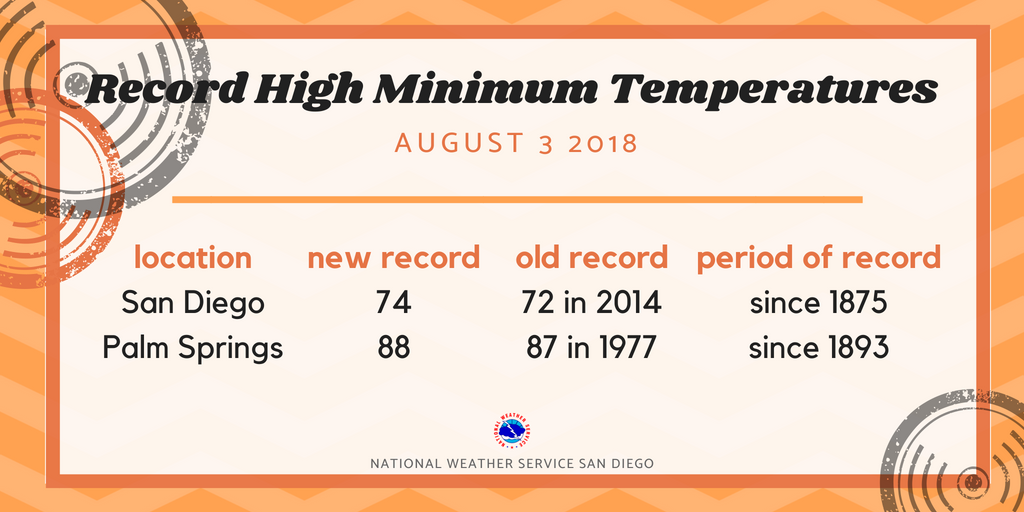 For the second day in a row, #SanDiego has tied it’s daily record high of 85 F (for Aug 3rd). #CAwx #SoCal #Heat #Summer 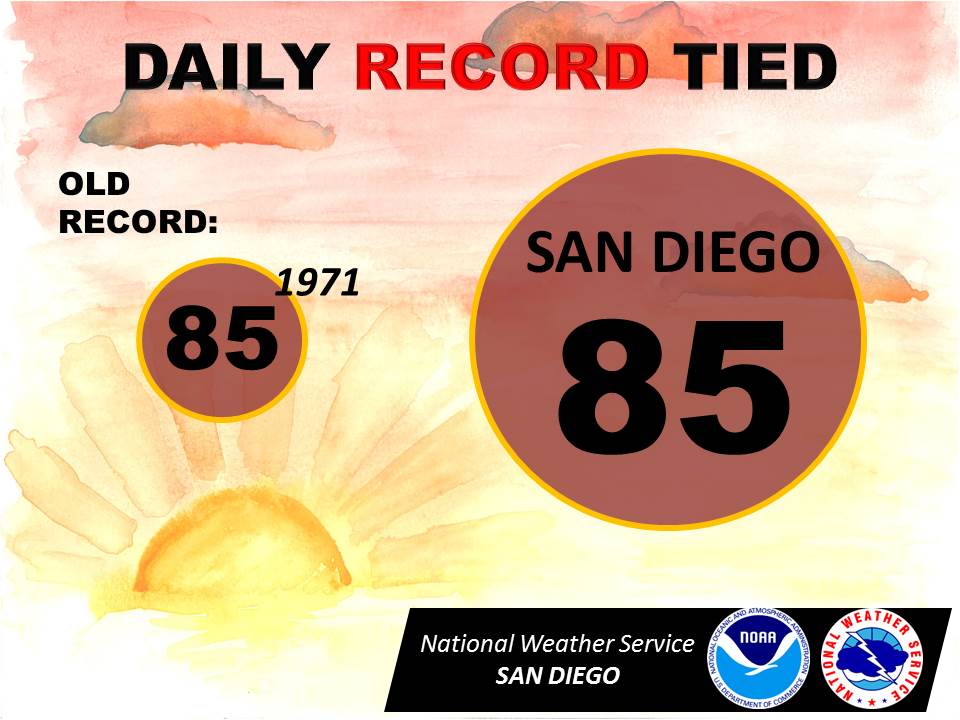 Via @Cal_OES: Out of state resources continue to help out on the California #wildfires. We are so grateful! Thank you!! #CarrFire #FergusonFire #MendocinoComplex #CranstonFire  //@BooneCountyFire #forestfires #firefighters 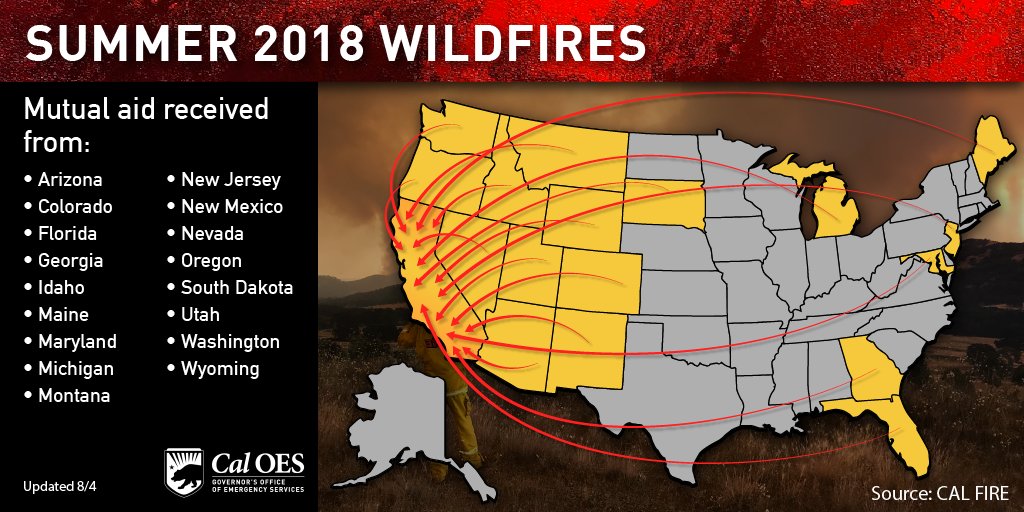 6:06 PM – 4 Aug 2018
(If you like these posts and my work please contribute via the PayPal widget, which has recently been added to this site. Thanks in advance for any support.)