Humanity definitely has its conservative side wanting to keep landmarks and places the same from generation to generation just looking at architecture around coastal areas of this and other countries. When big storms come along people do their best to restore their property back to what it was before any weather event that wrecked it. Is this mentality smart since due to carbon pollution seas are rising and storms will likely be getting more fierce? Should literally billions of dollars be spent to restore coastal property back to exactly the way it was before a hurricane wrecked it? Of course not. For today’s discussion let’s clearly think about what can be done to adapt to a coastal environment that will be changing more rapidly with time as we move through this century and the next.

In the wake of Florence, ironically, this is what not to do. The state of North Carolina in 2012 legislated that disappearing coastline was not due to climate change: https://news.nationalgeographic.com/2016/10/saving-north-carolina-from-coastal-erosion-sea-level-rise-climate-change-btf/ Quoting this article from 2016:

“The debate in the Tar Heel State over how to effectively respond to the threat is far from settled. The science remains in dispute. The coastal plain river is dotted with signboards blaming flooding on federal wildlife refuge managers, as opposed to harsher storms and higher tides. The Republican-controlled state legislature drew ridicule in 2012 for attempting to “outlaw” climate change by prohibiting state agencies from planning for sea-level rise. In this year’s election, which includes a close governor’s race, the subject is so contentious that climate change barely comes up, if at all.”

So, essentially not much planning was made when Matthew in 2016 and Florence in 2018 barreled into the Tar Hill State. In one word…sad.

What should people do after powerful hurricanes cross the coast? Case in point. Here is an old article published around the time Matthew was threatening the U.S. in 2016 referring back to Sandy in 2012 : https://thetylt.com/culture/should-we-stop-rebuilding-coastal-areas-destroyed-by-natural-disasters When starting to read the thing it appears that the author sides with the argument that structures should not be rebuilt near the coast due to climate change, but then states the following trying to balance both sides at the end of the article:

What a load of hogwash. Earth is man’s domain. We are no longer settlers from across the pond, totally at the mercy of weather. Let’s not get carried away. As “This Old Host” host Kevin D. O’Connor writes in The Huffington Post:

Each year in this country we move trillions of gallons of water from rivers, reservoirs and aquifers to supply arid lands, irrigate farms and even water our lawns. We manipulate rivers, converting flood plains into farmland and neighborhoods. We push snow, capture wind, collect sunlight, and fight fires. And with human ingenuity and determination we will continue to press Mother Nature into service to meet our needs.

We have the technology:

But we have the technology to build better and stronger homes that can withstand the next storm. Homes in New Jersey will go up higher, foundations will be replaced by piles and breakaway walls, and building codes will change to account for new flood maps and new realities.

And retreating from the coasts means displacing millions of working-class Americans and major parts of our economy:

If coastal areas are vital to the economy, why do you need my money to rebuild? Why should someone who lives responsibly outside of a flood zone or coastline pay for your lifestyle?

Here is a Salon article published on 10/1/18 right after Maria ravaged Puerto Rico. It’s been one year since this tragic event, and this island territory still hasn’t recovered: https://www.salon.com/2017/10/01/how-many-big-storms-before-people-abandon-coastal-cities_partner/ This article presents some startling facts:

People love living near the coast. Only two of the world’s top 10 biggest cities — Mexico City and Sáo Paulo — are not coastal. The rest — Tokyo, Mumbai, New York, Shanghai, Lagos, Los Angeles, Calcutta and Buenos Aires — are. Around half of the world’s 7.5 billion people live within 60 miles of a coastline, with about 10 percent of the population living in coastal areas that are less than 10 meters (32 feet) above sea level.

Coastal migration has been steadily trending upward. In the U.S. alone, coastal county populations increased by 39 percent between 1970 to 2010. As the population skyrockets — from 7.5 billion today to 9.8 billion by 2050, and 11.2 billion by 2100, according to a recent United Nations report — the question for sustainability and development experts is, will the world’s coasts bear the burden of all this humanity? But with the rise of both sea levels and extreme weather, perhaps a better question is, will all this humanity bear the burden of living along the world’s coasts?

In our materialistic world actually when a hurricane like Florence crosses the coast there is much economic stimulus due to the desire to rebuild with tremendous government, insurance and private funds going into the effort. Is this smart? After mulling over this subject for years I propose the following adaption efforts, not suggesting that there should be an immediate pullback from coasts susceptible to hurricanes, but stating that structures should not be replaced exactly as they were before the storm:

Very much related to this post that came out today:

As Japan saw in Typhoon #Jebi, airports around the world are vulnerable to storm surge–and the risk is rising with climate change https://bit.ly/2DiZj1S 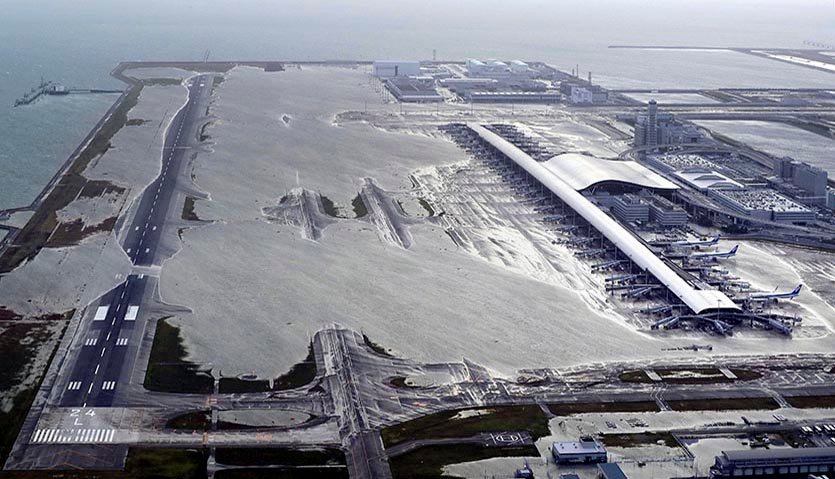 That’s climate change. And once again, it’s low-income areas that were hit hardest 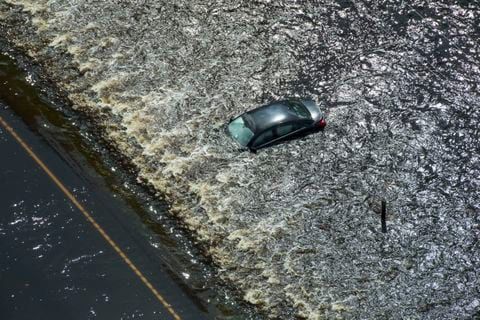 There has already been voluminous material written on this subject, which I suggest that all interested read. I dearly hope that North Carolina residents after being traumatized by Matthew in 2016 and Florence in 2018 take resources and use them wisely to rebuild. It will be interesting to see how Wilmington rebuilds after Florence. Will they try to rebuild old infrastructure mirroring the past or smartly build toward a future knowing what is ahead with climate change? We will see.

Wow! 100F at Muscle Shoals, AL as late as 9/20. This reading was 1 degree shy of their old record of 101F set in 1925. What the Southeast is experiencing this September is not normal but becoming a bit more common this decade: 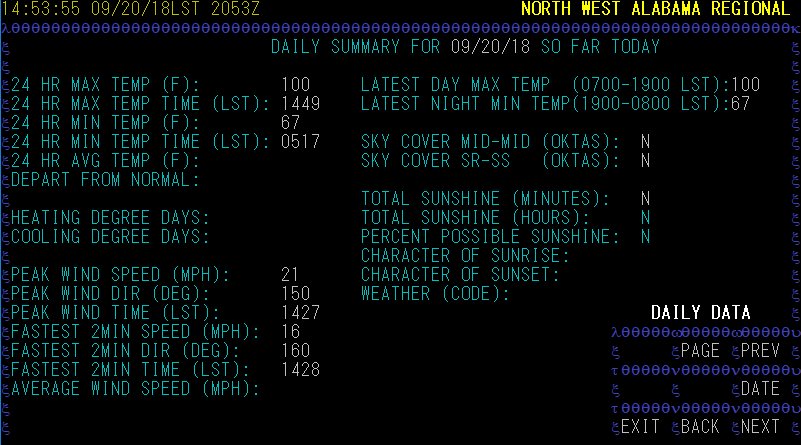 I’ll be adding some of today’s climate related news in the space below:

Context to understand the potential coal ash spill near Wilmington: the community is already fighting to clean up PFAS found in their drinking water thanks to a local chemical plant:

D.C. has seen warm nights (lows >70°F) a record 85 times this year, compared with the normal 57 https://buff.ly/2DlRyrS  via @washingtonpost 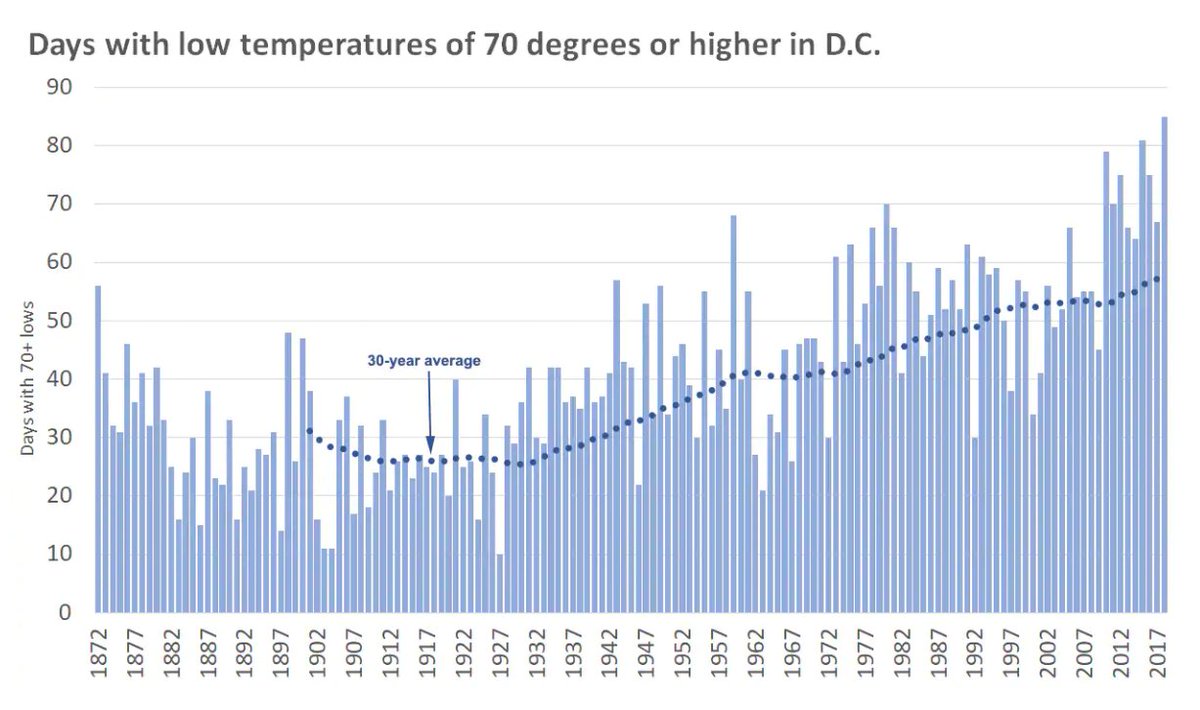 It wasn’t just D.C., either. http://www.climatesignals.org/headlines/washington-and-many-other-cities-have-experienced-record-number-warm-nights-year … via @washingtonpost 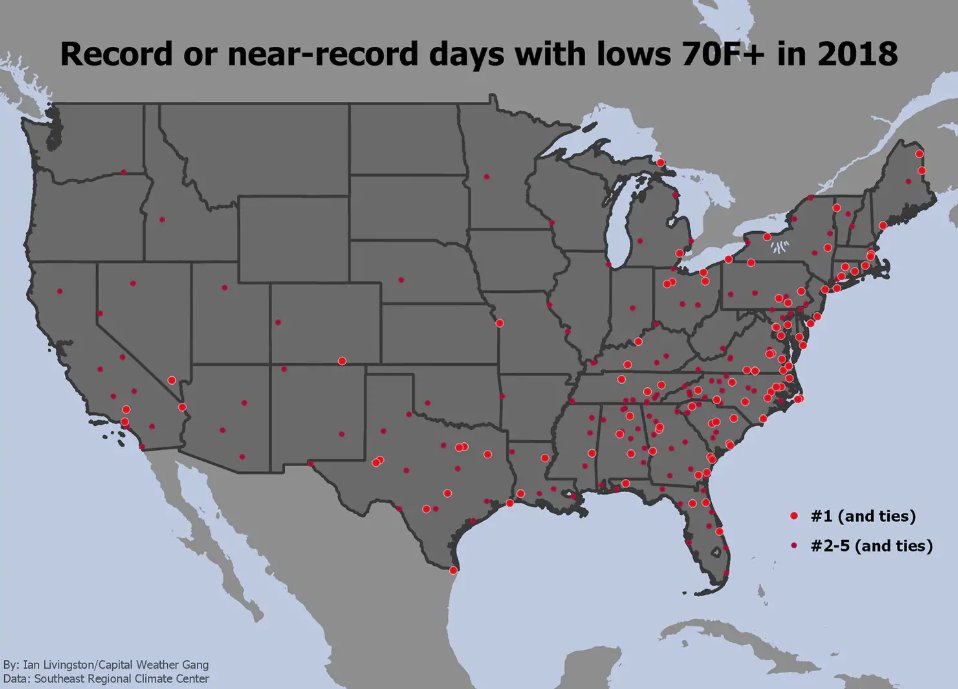 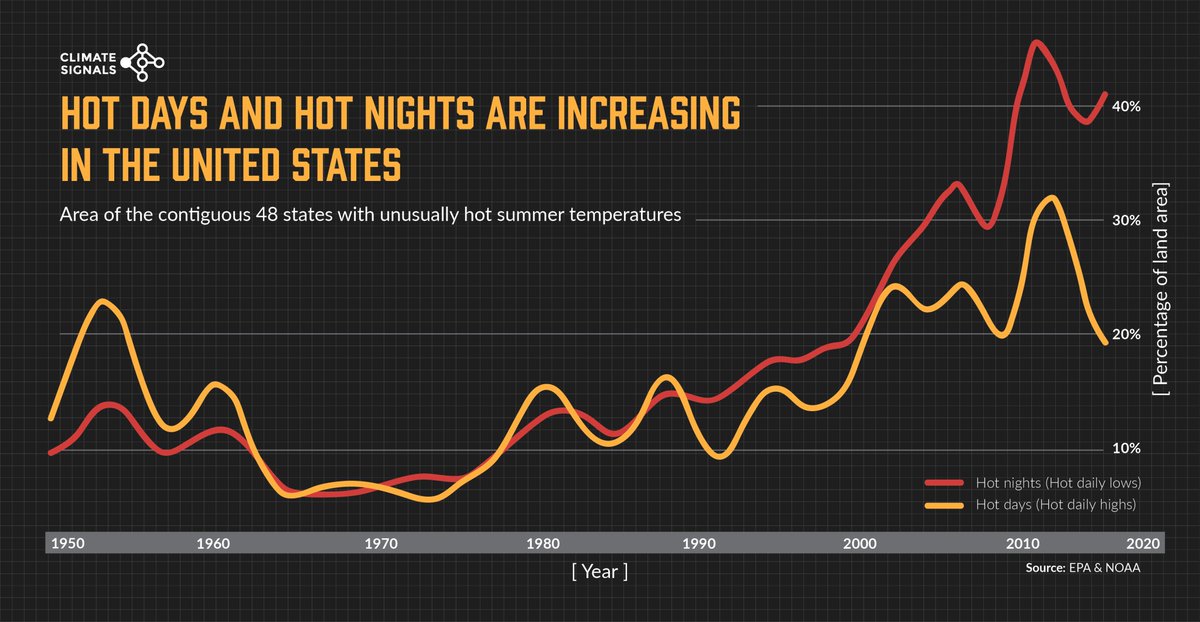 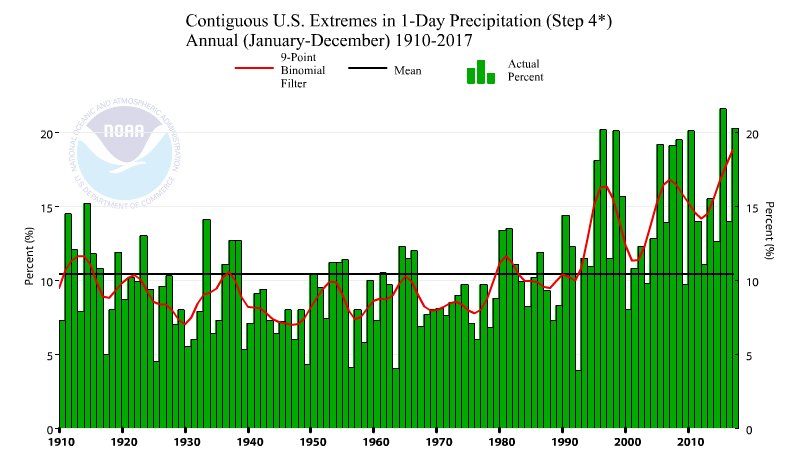 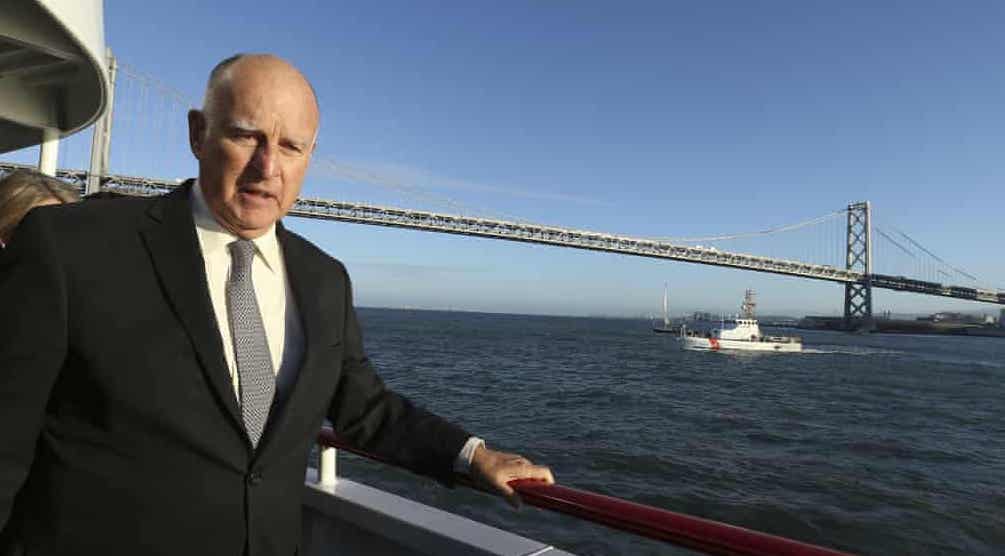