In the wake of Florence the Southeast did not see a refreshing front sweeping that system out to sea as might be expected during a typical September. Like bad company summer heat as of this writing has not left most of the United States except for the northern tier of states:

Everywhere south of Chicago Wednesday saw mid-summer like temps. I contend that this warm weather pattern is one more sign of climate change. Too, in the hard hit Carolinas maxes got  into the low 90s on Wednesday worsening the situation for people caught with no electricity for air conditioning.

In my home state of Georgia these temperatures as of 9/20/18 would be a few degrees above average even by mid-July standards or climatology:

High pressure in place over the region will promote well-above average temperatures and minimal rain chances again this afternoon. If working outside, drink plenty of water and take frequent breaks in the shade. #gawx 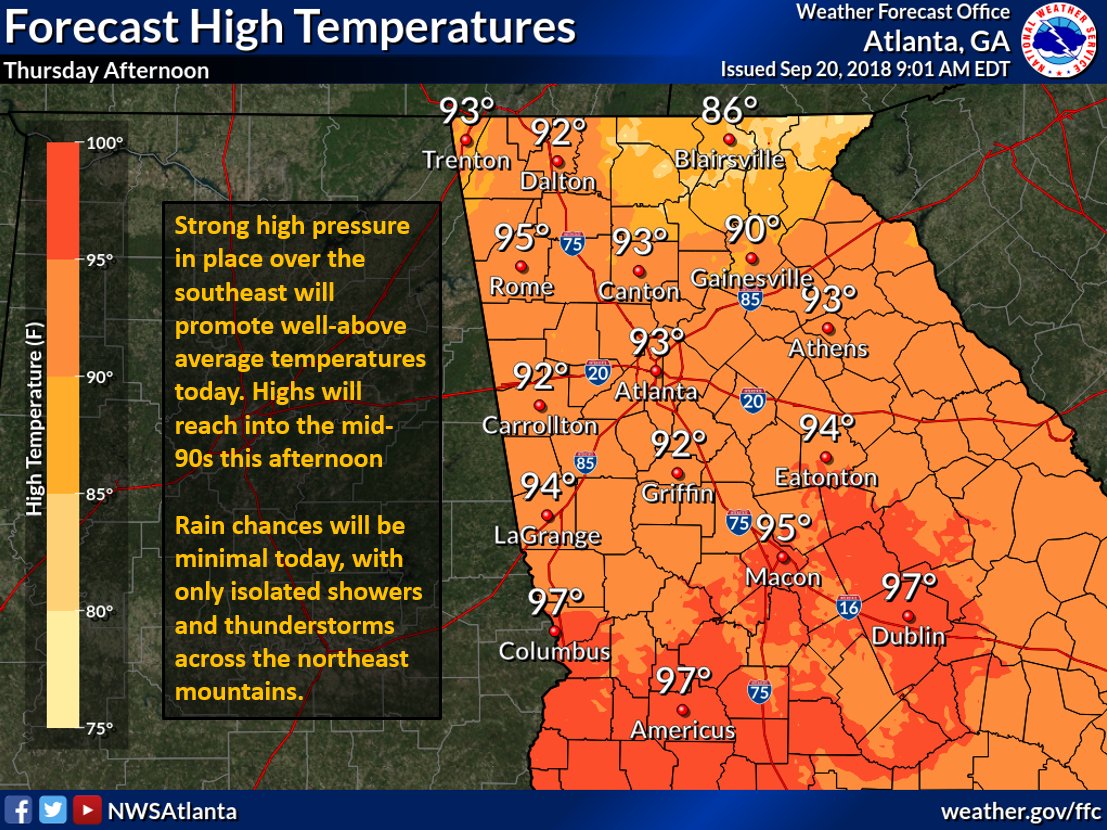 6:10 AM – 20 Sep 2018
This evening the actual max in Atlanta for Thursday was 94F, which was a whopping 12 degrees above the climatological average of 82F but 5 degrees off the daily record of 99F set in 1925.
Ahead of a front temperatures will be near record levels in the Midwest:

Last big heat of the year?

Near record highs expected today across the Midwest, but starting tomorrow, the first in a series of cold fronts will keep the heat at bay

Then looks very fall-like as we turn the calendar to October! 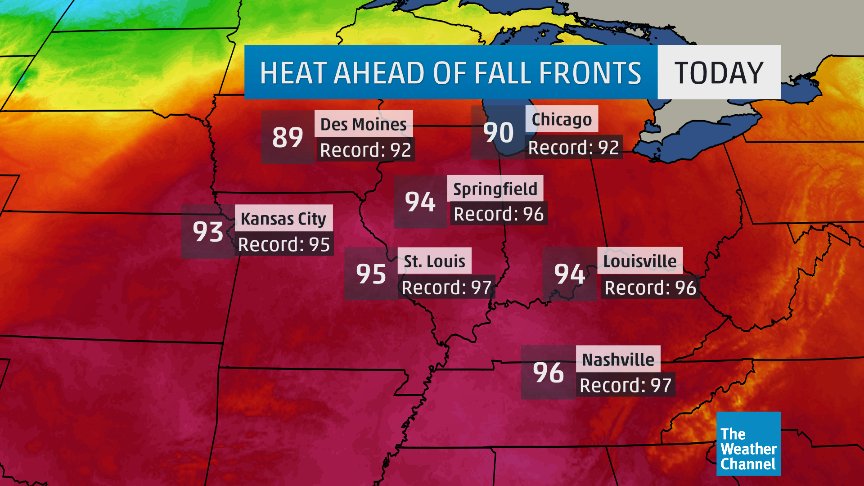 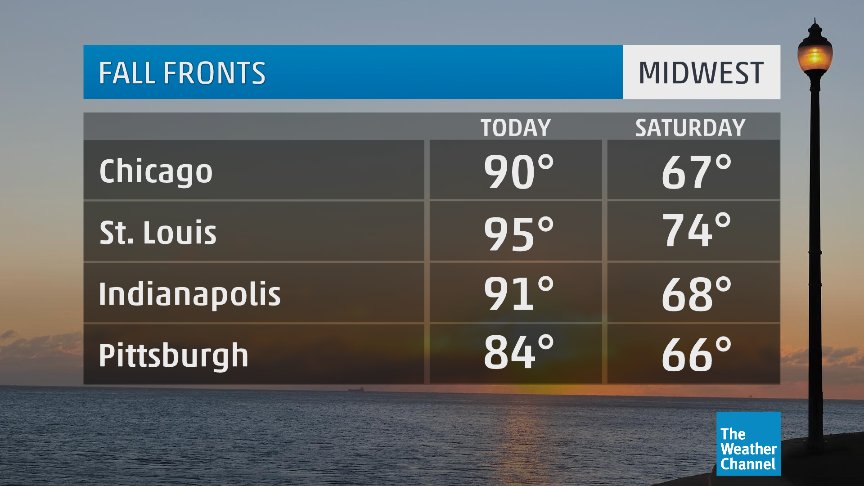 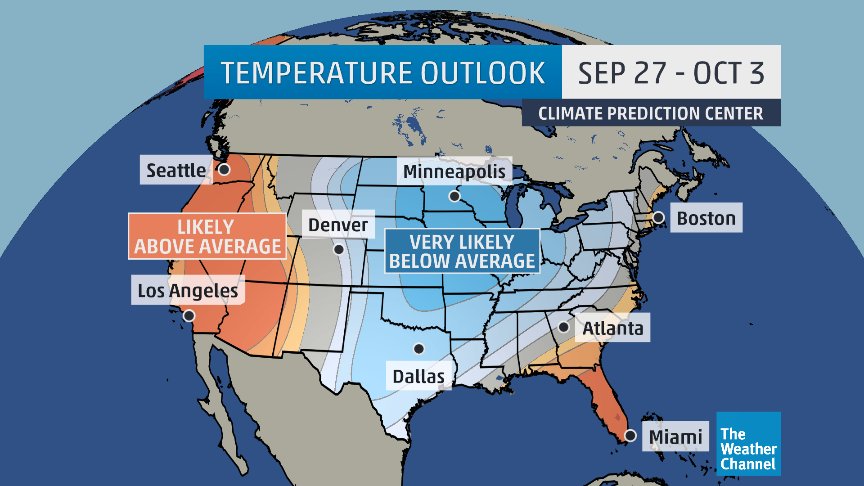 As Greg Diamond alludes to there will be a sharp change in the weather pattern, but fairly late for when the weather switch gets pulled for cool weather, not until late September. Climate Central correctly states that one canary to look for in the proverbial dirty coal mine of climate change is that warm seasons and heat streaks are getting longer: http://www.climatecentral.org/gallery/graphics/longer-heat-streaks.

Summer 2018 has certainly invaded Fall 2018’s territory across the southern 2/3rds of the country.

What will bring about the change to typical fall temperatures if not below average readings? A return of the dipole pattern, or a persistent upper ridge developing in the West with a strong, cold vortex developing south of Hudson Bay at times getting centered over the Great Lakes, ushering cold air southward into the United States. On this morning’s GFS here is an extreme example at 240 hours of a ridge/trough configuration that would spell near record cold for portions of the East and some record heat in the West:

The good news here is that if this pattern were to persist through October tropical systems would get pushed away from the East Coast. There will, however, be a very sharp change from very late summer warmth to winter chill with not much of a transition in late September. I’ll be looking for cold ET reports going into early October from this pattern.

This animation depicts the pattern change:

Hi Guy maybe this can be of some help. GFS 10 day forecast model for 500mb Geopotential Height & MSLP for North America. pic.twitter.com/2Y6dDieMQl

Why is stating and showing that Fall 2018 cooling got off to a late start in the United States important? Because we need more proof to knock off contrarian arguments that global warming is not occurring so that politically all will be on the same page for climate action world wide. Every little statistical bit of information helps to educate  people about how the climate is changing.

On Friday behind a front indeed fall temps will finally arrive in southern portions of the Midwest except the Ohio Valley:

Here is some of today’s climate related news.

Cliff notes version of modeling the climate. Top: temperature change at 2100 w/ some modest work. Bottom left: we do the hard work! Bottom right: we do nothing & continue business as usual. Good news: we get to choose our future. But it begins with you 🙂 https://www.ted.com/talks/gavin_schmidt_the_emergent_patterns_of_climate_change/up-next?language=en#t-677214 … 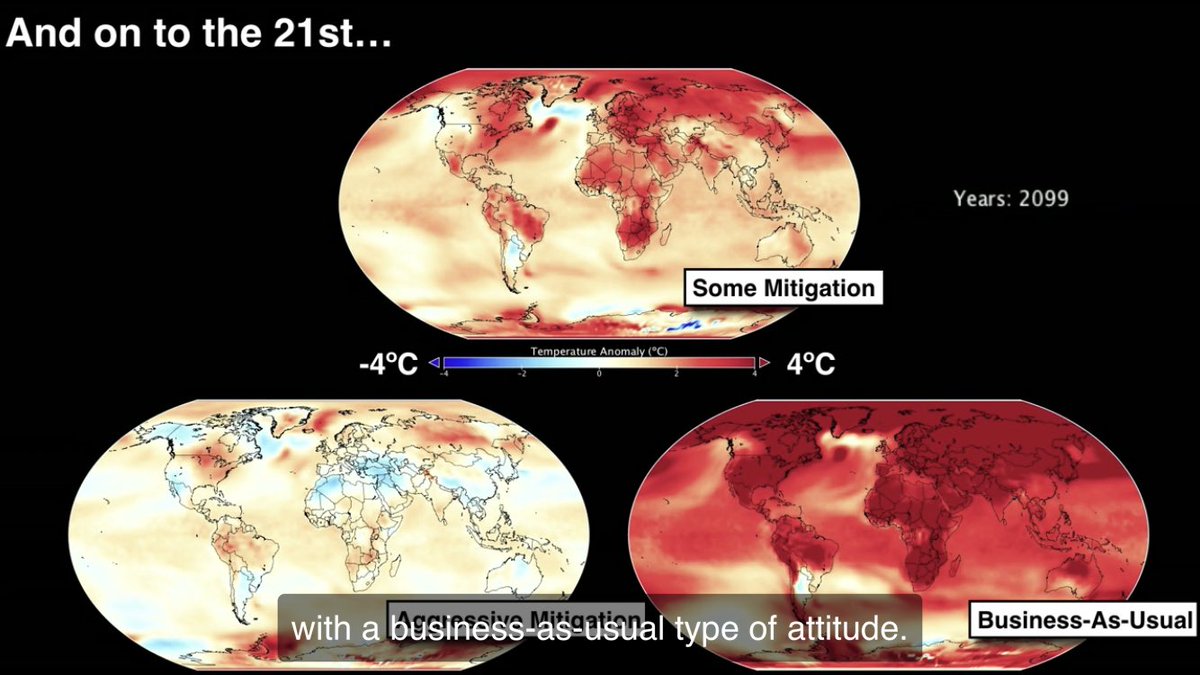 What’s happening with the remnants of Florence, and the flooding it left in its wake? https://bit.ly/2QNb2sc 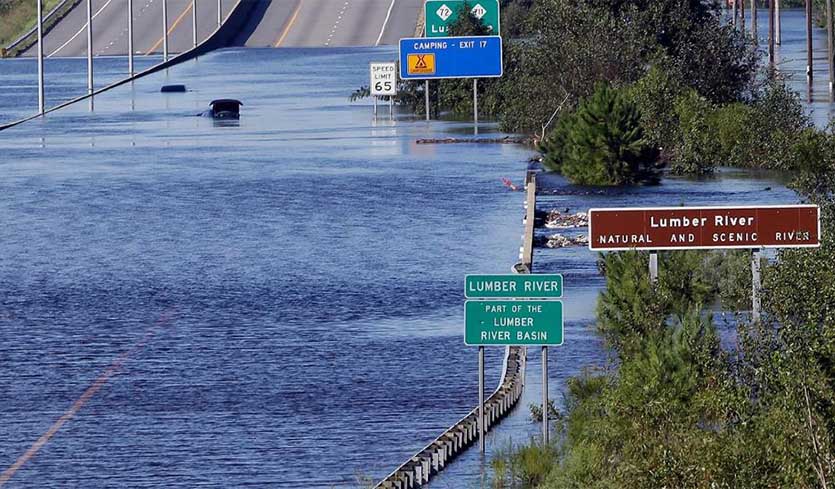 The northern and western portions of Alaska have an 80%+ chance of above normal temps in October according to CPC. This is the first 80% category for CPC anywhere in the U.S. since they began publishing the forecast tables in 2000. @WorldClimateSvc @AlaskaWx 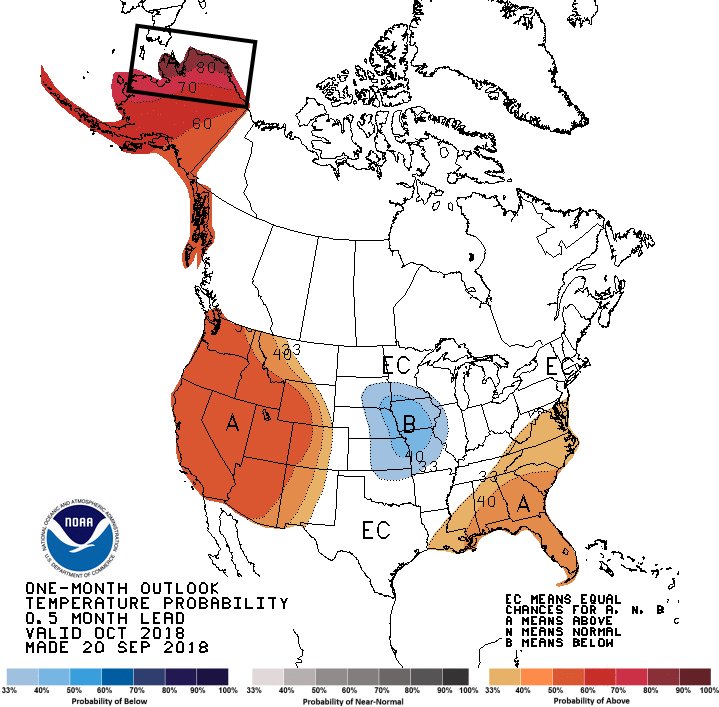