More War On Science Via Defunding

For a moment let’s put us in the shoes of those who want denial of climate change to take place. We would then cheer on confusing mixed messages and “bad science” getting out to the public, thus delaying any consensus for mitigation so that more profitable oil can be drilled and coal can be mined. We would not want any “good science” to win over minds and change hearts. Scientists and those supporting them have to eat, right? One way to beat good science would be to choke it off, not letting foundations and agencies get funded, or at least making sure that any money getting to such organizations is tight.

In the United States funding for the climate departments of NASA, the Environmental Protection Agency, NOAA, and others has been under attack and squeezed from the Trump Administration. At this point I don’t need to fill anyone in much more on budget cutting proposed due to pressure from brown energy interests in the United States, although certainly when some big news comes along, I’ll endeavor to report it. It’s a little known fact that funding for climate science is also being curtailed or has proposed to be cut in other large countries, as well. Today let’s take the case of what is happening in Australia from an article posted on 10/26:

One of the world’s premier coral reef research centres has failed to secure Australian Research Council funding, placing in doubt the science hub even as the Great Barrier Reef faces another bout of bleaching.

The council confirmed in Senate estimate on Thursday that the Townsville-based Centre of Excellence for Coral Reef Studies missed out on even making the funding shortlist for its next round of funding.

She rejected criticism from Labor’s science spokesman, Kim Carr, that the centre’s missing out was the result of “political intervention” because of outspoken criticism from its head Terry Hughes of the government’s reef policy.

“This has been a standard competitive process, there has not been any subversion of the process,” Professor Thomas said. “The minister [Dan Tehan] has not been involved.”

Senator Carr said the centre, along with its host James Cook University, constituted the largest concentration of reef scientists in the world, ranking first by citations among 1644 institution in 103 countries.

“By any measure, this is a highly effective and world-renowned group of scientists,” he told Fairfax Media. The Morrison government “are trying to silence these environmental scientists”.

Education minister Dan Tehan said there had “been no ministerial involvement in decisions made in relation to shortlisting Expression of Interest applications for ARC Centres of Excellence commencing 2020”.

The Great Barrier Reef lost half its shallow corals in back-to-back summer bleachings in 2015-16 and 2016-17. As reported by Fairfax Media this week, the likelihood of an El Nino event this summer has increased the odds of a third mass bleaching in four years.

Professor Hughes, who helped draw global attention to the bleaching events, declined to comment about the funding loss. A spokesman for James Cook University said the institution was “committed to delivering world-class coral reef research now and into the future”.

A researcher said staff had recently been informed by email that the centre had failed to secure funding. Existing money – including a seven-year grant issued in 2014 – should last until at least August 2021, the email stated.

The ARC funds accounted for about 25-30 per cent of JCU’s reef research, it said.

“A lot of the work done here has global reach, it’s not just the Great Barrier Reef,” the researcher, who declined to be named, said.

Charlie Veron, a retired marine biologist known as the “godfather of coral”, said he was surprised the centre had lost its funding, saying they “basically deserved it”.

Dr Veron blamed the $443.4 million grant to the Great Barrier Reef Foundation announced by the Turnbull government in April that “had upset the apple cart in every direction … I see damage absolutely everywhere.”

A spokesman for the foundation said it had “an enduring and productive working relationship with James Cook University and the [centre]].”

“We will be outlining our Investment Strategy in coming months, including priorities and objectives against the five component parts,” he said. “We then look forward to engaging with potential delivery partners.”

Federal Labor has said it will claw back any unspent money from the foundation if it wins power next year.

As far as Australia goes, they have a big canary in the coal mine for climate change, the Great Barrier Reef, which should continue to be studied at the highest scientific levels with adequate funding. Not much expense should be spared to see how the “great lungs of the ocean” is changing, can be protected; and, if possible, renewed. So did the Center Of Excellence For Coral Reef Studies blunder here, not getting more funding, or is there something more sinister going on from within the organization? My little old jury is still out on this one after doing more reading:

Perhaps my Australian friends can fill me in, notifying me if  CEFCRS mishandled any funds. Certainly environmentalists would get a big, black eye from fossil fuel interests should the center not be on the up and up. A lot of good work may get stained with a mark of impropriety and corruption, so let this be a warning to my climate friends… Make sure that reputations are spotless in association with your own organizations.

Sound familiar? The Republican government in the U.S. also promotes free markets and small government. Both the powers that be in the U.S. and Australia are itching to cut government funding for just about everything where possible. In this environment as of 2018 scientists in both countries must strive to keep the lights on.

Throughout history, or at least since the Age of Reason started in the 18th century, scientists have had to scratch and claw to get funding for various projects, some in the broad scheme of things more important than others. I do frown on government agencies that just duplicate services, but in the case of climate science, for example, NASA should be able to independently confirm what NOAA finds and vice a versa for conformational support. I frown on any U.S. budget cuts, which would lead to less hard science and more “alternative facts.”

I’ll continue to report on any climate science budget cuts, and we will see how much longer more “conservative” budget cutting governments stay in power throughout the world. As the climate crisis gets worse during the 2020s how long  will it be before funding is increased…an interesting question.

I'm glad your feeling better Guy, thank you for using my GIF. You know that 97% of climate scientists are part of a worldwide conspiracy to enrich themselves, & promote a Marxist utopian society by making false claims.😊Seriously if I keep hearing that ignorant response my head⬇️ pic.twitter.com/0LTOcpuui2

I’ll be adding some weather and climate news as Monday progresses.

Current GIF of Very Strong Typhoon Yutu. Forecast models are showing a landfall on the Island of Luzan in the North Philippines and now agree with the track after leaving the Philippine Coast into the South China Sea. #ClimateBreakdown pic.twitter.com/copRljkEol

This damage to human health will worsen as warming escalates, espec. for the most vulnerable. Time to urgently push for #CleanEnergy. 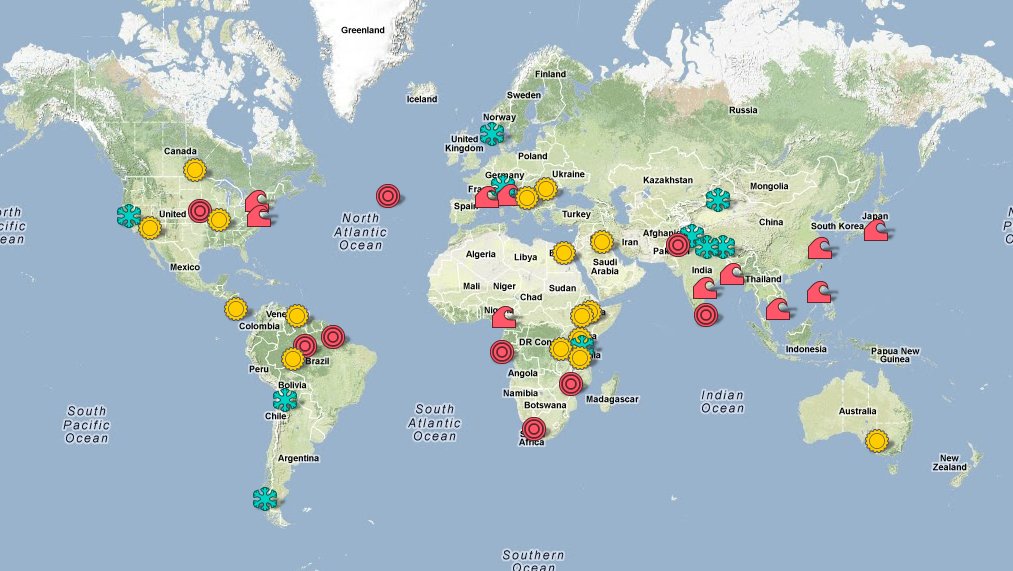 The list of physical, natural and social scientists who do climate continues to grow – nearly 1800 of us now! Subscribe here: https://www.twitter.com/khayhoe/lists/scientists-who-do-climate … #scicomm @sejorg 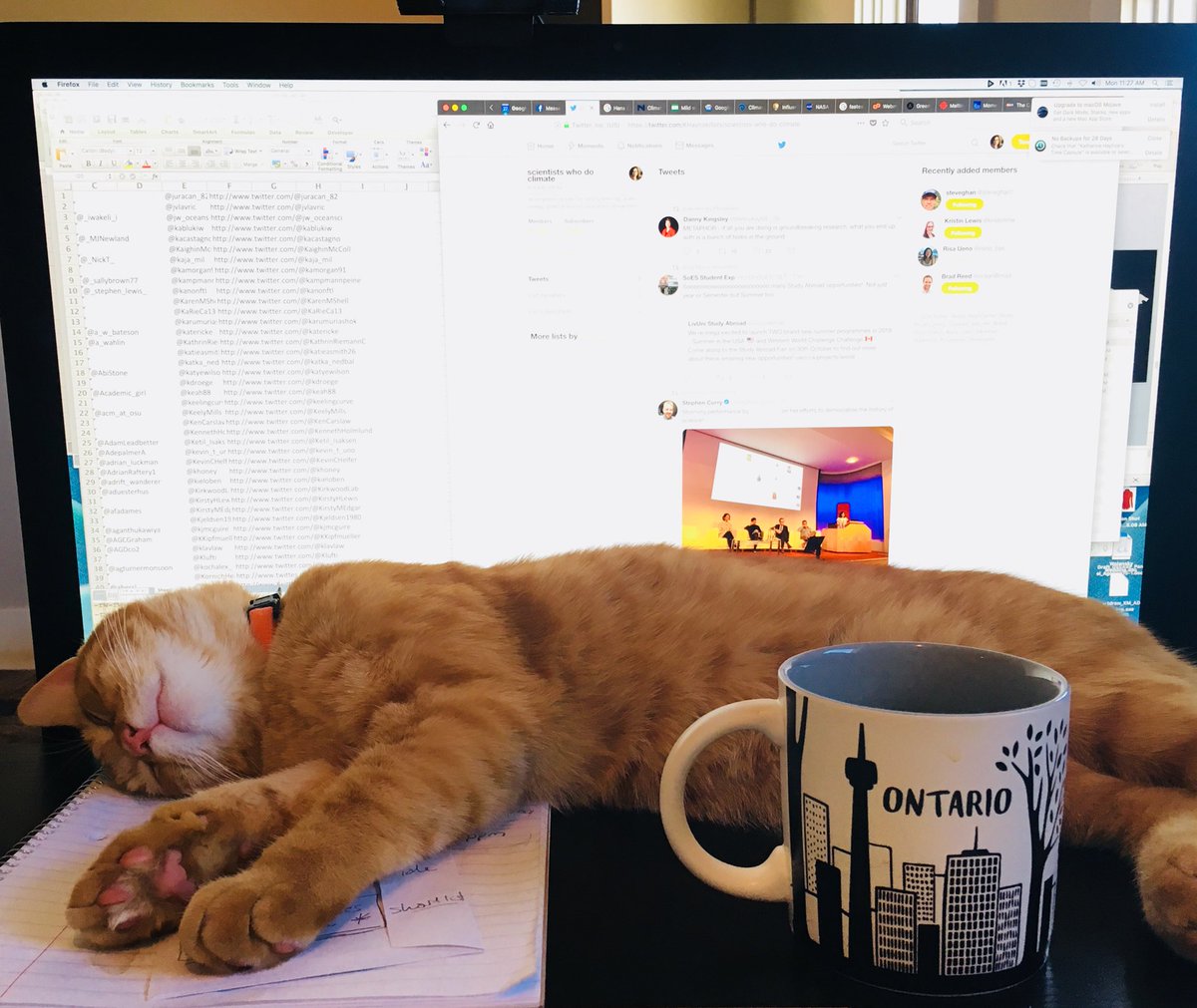 We finally did it!. First freeze of the season for Anchorage. Only 34 days behind average and 12 days later than the previous record. #akwx @DaveSnider @AlaskaWx 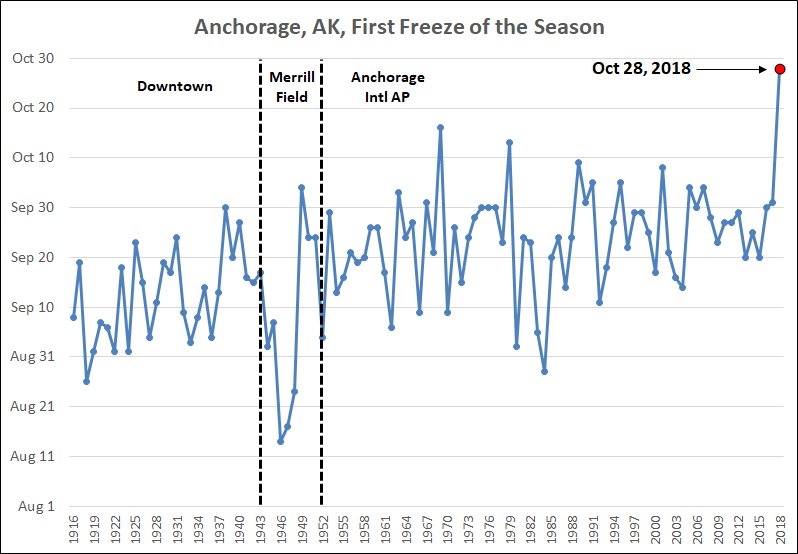