Welcome to November everyone. It’s the first of the month so it is time to post incoming climatology messages issued by various agencies across the planet, with an emphasis on what happened across North America for October 2018. Despite the overall warmth of the planet due to carbon pollution there were various cold pockets with below long term temperature averages.

As far as the United States goes, Radiant Solutions posted these summaries today: 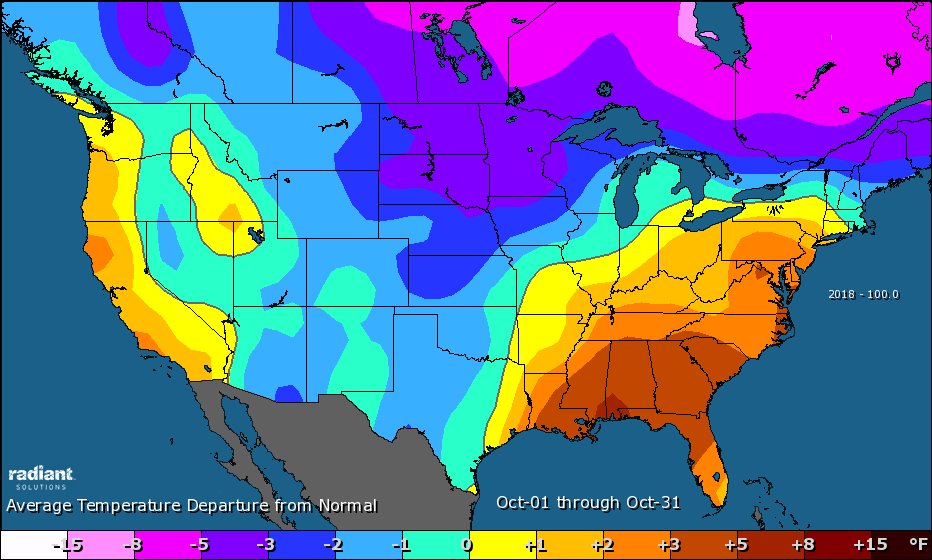 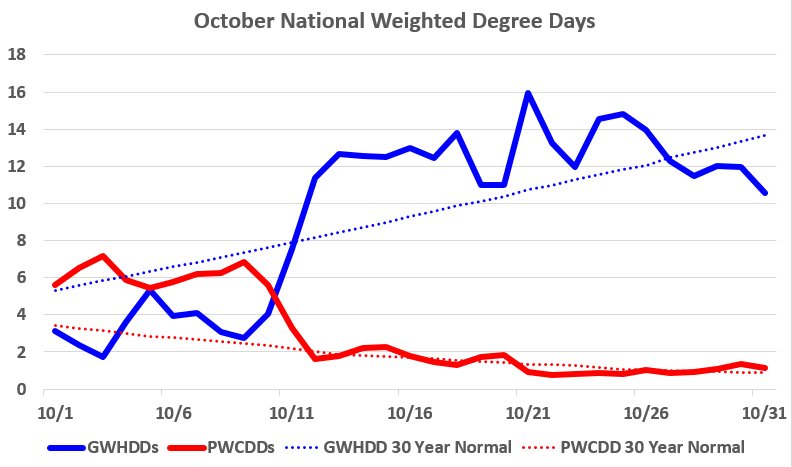 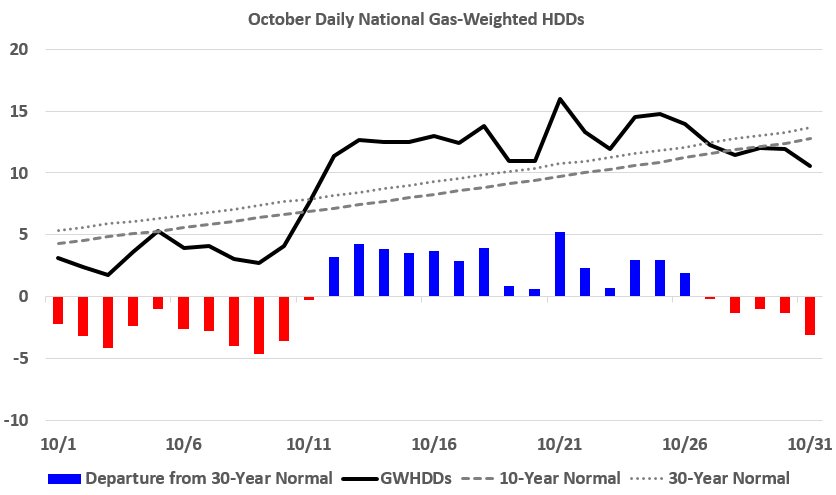 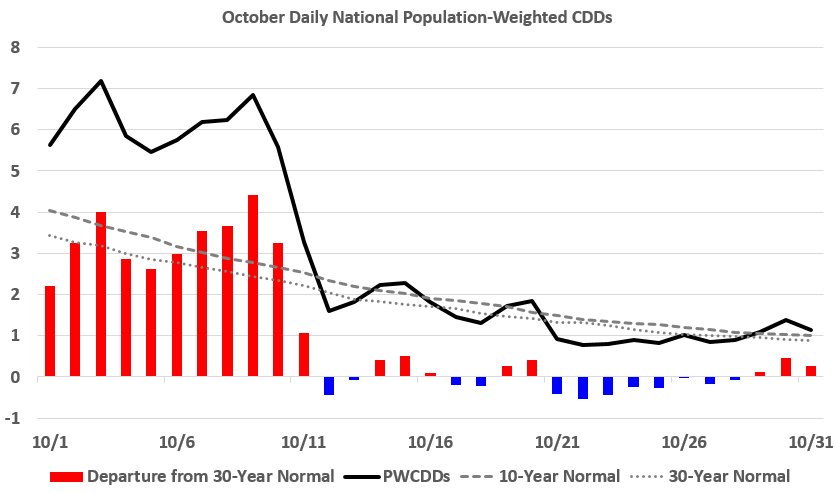 Basically we ended up with a near average month in the state for temperatures with above average warmth in both coasts and chilly conditions occurring for the bulk of the central CONUS. The well above average warmth in the Southeast enabled Michael to become an extremely powerful, deadly hurricane for the Panhandle of Florida and South Georgia early in the month.

As October 2018 progressed, though, it go much warmer in the West, and we saw a cooling trend in the  East: 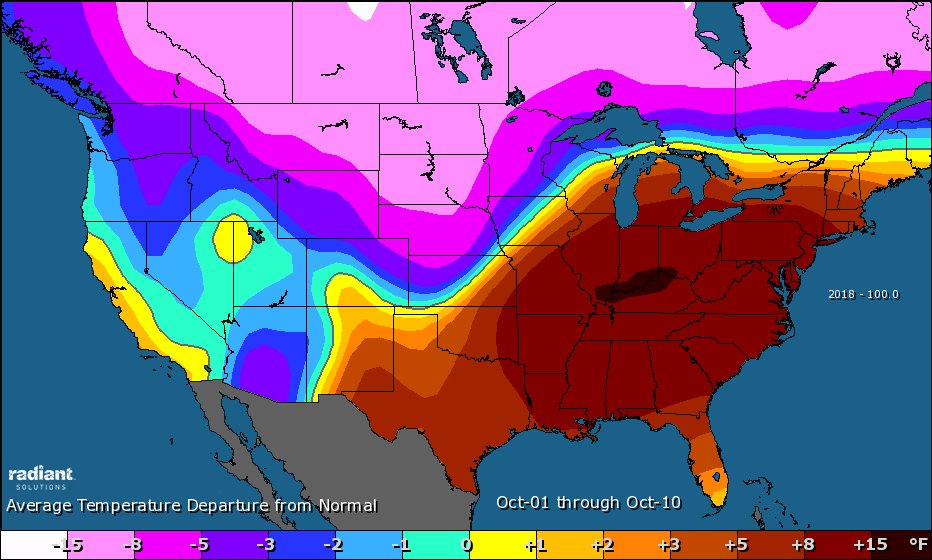 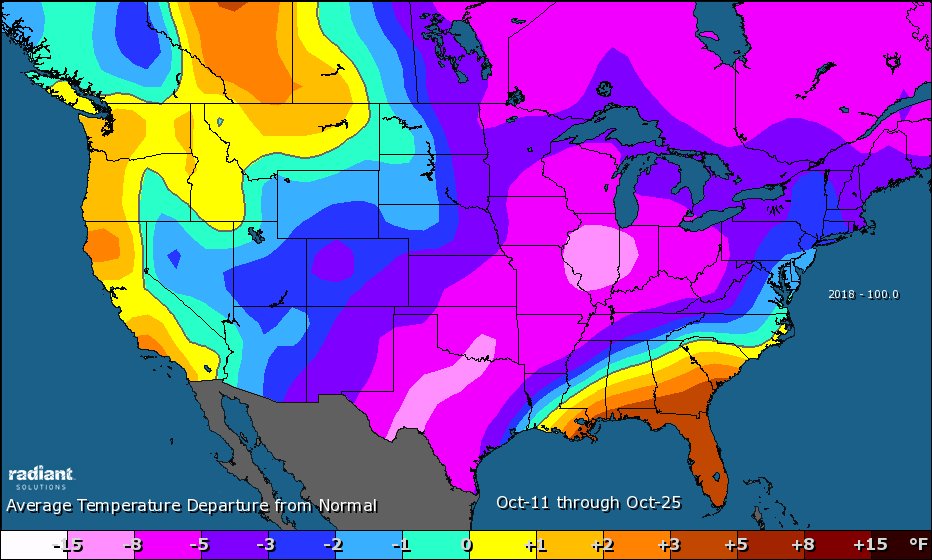 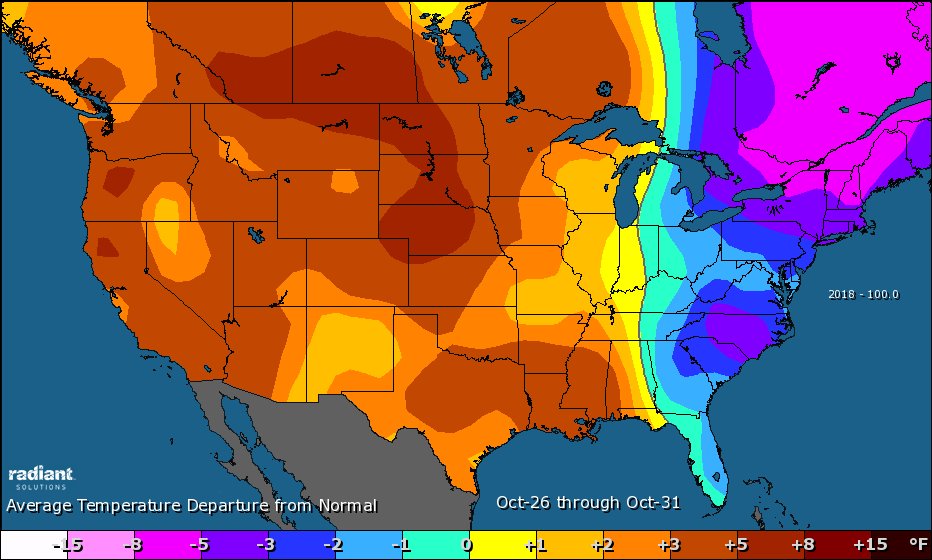 Cooler than average conditions in the southern Plains was also accompanied by very wet weather. Dallas was near ground zero for some very heavy inundations:

Our big neighbor to the north stayed cool since the dipole trapped cold air aloft and at tge surface over most of Canada:

October 2018 gives us another anomaly map full of blue across #Canada. #Kapuskasing, ON even got its coldest October on record (since 1937)! The exception is in the NW from Whitehorse to Alert, with a very warm October over there. #ONwx #WxTwitter pic.twitter.com/kF50FKs4uv

We’ve been keeping an eye on Barrow Alaska where exceptional warmth has been occurring the last few years:

During October Alaska had exceptional above average warmth:

Upper level ridging, which is part of  the dipole, that has kept most of the West warm and dry has been extending northward to Alaska as apparent by these mild averages.

I’ll be adding more climate message notes for October 2018 to this post the next couple of days. Drop me a note if you have some other data you would like to see posted.

Here is some other weather and climate news from Thursday:

“[T]he future is still very much in our hands when it comes to dangerous and damaging summer weather extremes…It’s simply a matter of our willpower to transition quickly from fossil fuels to renewable energy.” – @MichaelEMann

We need to shift soon…https://t.co/6G6sM9FjPe

China installs enough #solar to cover a football pitch once an hour every single day.

We have solutions to the #climate crisis its time to implement them.#ActOnClimate #climate #energy #cdnpoli @JustinTrudeau #StopKM pic.twitter.com/TSgZfk2ypS