Being an ardent student of history and living through near six decades of it, I’m stating that these remain dark days for the United States politically despite a fairly good economy and no widescale war. The results of the midterm election will put a check on Trump in the House of Representatives. Some left leaning pundits before the election stated that “American Democracy will be over” if the Republicans retained the House, trying to spur voters to the polls. In my opinion that’s an overstatement since subsequent elections would most certainly have occurred, but Trump would be getting away with more corruption than overwise. The U.S. will probably see a year like 1973 with hearings perhaps leading to impeachment for Trump, although instead of a Nixonian resignation, Trump will fight any efforts for his removal. I’m hoping that next year won’t be horribly contentious, but my tea leaves say that it’s time to buckle up buttercup and witness some bad history unfold. So what can we reasonably expect to see in association with climate policy in the United States and elsewhere in 2019 coming out of the politics of 2018?

The climate issue once more in the U.S. didn’t register high enough to affect that many races. I was most disappointed in Florida where climate denialist Rick Scott will likely become a U.S. Senator once votes are recounted. There is no way that the U.S. will embrace the Paris Accords in 2019, unfortunately. Overseas perhaps the worst news of the year came from Brazil, which I reported:

I’m predicting that Bolsonaro will become a fascist type dictator, much like Franco of Spain during the mid 20th century, but hopefully not worse, leading Brazil away from environmentalism, letting companies exploit the Amazon. Bolsonaro will probably pull Brazil out of the Paris Climate Accords in 2019 making a fragile agreement that much more tenuous.

The news wasn’t all bad since the new Democratic House will begin the long process of implementing ideas begun under the Obama Administration. Quoting the article:

House Minority Leader Nancy Pelosi, in line to regain the House speakership, has promised to revive the select committee on climate change that the GOP eliminated when it seized control of the House in 2010. The purpose would be to “prepare the way with evidence” for energy conservation and other climate change mitigation legislation, Pelosi told The New York Times.

Many of the House’s climate science deniers were swept out of office, including Rep. John Culberson (R-Texas), Rep. Jason Lewis (R-Minn.), and Rep. Claire Tenney (R-N.Y.). In Iowa, a state where farmers have been buffeted both by weather and by Trump’s energy and trade policies, voters sent home Reps. Rod Blum and David Young, replacing them with two women with backgrounds as advocates of defending and expanding clean energy in Iowa. Iowa’s sole remaining climate-denying GOP congressman, Steve King, held on to his seat for a ninth term, although his opponent, J.D. Scholten, came within four points of victory in a district that Trump won by 27 points.

What will the Dem’s House win over Trump mean for the world’s #climate? 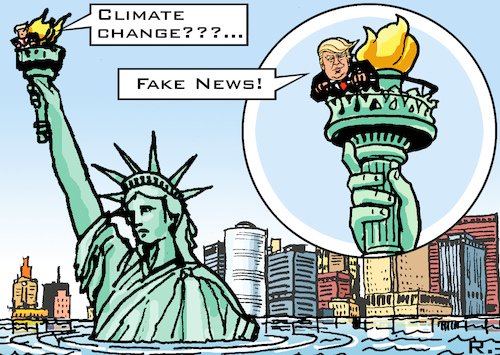 To me 2019 will set the tone for the next decade as far as climate policy goes. If we can’t as a species do the easy stuff like implement carbon taxes mitigating carbon pollution we certainly can’t do the hard stuff, such as switching to all green infrastructure and transportation in the time recommended by climate experts.  I agree with the assessment by Inside Climate News here:

Since 2009, the extreme Republican leadership of the U.S. House has put corporate polluters ahead of people and their communities time and again,” Sittenfeld said. “For the last two years they have aided and abetted the most anti-environmental president ever. But now voters have clearly called for change, supporting candidates who campaigned on protecting people and our environment—and rejecting those who gave only lip service to the urgent threat of climate change.”

But voters delivered a mixed verdict on their appetite for action to rein in fossil fuels. Voters in Colorado rejected a ballot initiative that would have put new restrictions on fracking. Washington, one of the few states where Democrats control most statewide offices, was on track to reject an initiative for the nation’s first carbon fee—following a record $30 million campaign by the oil industry to defeat it. Voters in Nevada approved an initiative to boost renewable energy to 50 percent of the state’s electricity by 2030, but Arizona voters rejected a similar initiative.

Non-binding commitments or “lip service” is cheap. The U.S. has been using lip service for the climate issue for far too long. Carbon taxes or some other method for limiting carbon pollution should have been implemented 20 years ago during the Clinton Administration and could have even been legislated as far back as when Reagan was in office during the 1980s.

As stated in Inside Climate News we saw one carbon tax measure in Washington go down in flames on Tuesday. It will take a President after Trump along with a Congress that believes in science to do anything of consequence to stem the proverbial tide as the window for irreparable harm to the climate closes.

I suppose the U.S. hasn’t seen enough of a succor punch in the gut, meteorologically, for Al Gore’s frogs to jump. Take the case of Florida, which last year was hit by Irma and this year by Michael accompanied by an awful red tide event. One would think that worsening King Tide events in Miami, the red tide, and carbon pollution exacerbated hurricanes would have kept a majority of voters from voting for Rick Scott. Not so. In the Sunshine State scientific warnings for the future fell on a lot of deaf ears of those thinking that short sighted interests of business and industry, and to a degree their pocketbooks, were more important than planning for the well being of children and grandchildren. More from Inside Climate News:

Florida, the state with the largest population at risk from sea level rise, in a region pummeled by extreme storms in the past two years, elected as its next governor former U.S. Rep. Ron DeSantis, who had insisted “I am not a global warming person.” DeSantis, with a pro-environmental voting record of 2 percent by  the League of Conservation Voters tally, will succeed Gov. Rick Scott, who had put global warming on the back burner for the last eight years and is now poised to go to the Senate. Republicans picked up that Senate seat when Scott defeated the incumbent Democrat, Sen. Bill Nelson.

The Senate also gains a hardline opponent of climate action in Rep. Kevin Cramer, who defeated Democratic Sen. Heidi Heitkamp in North Dakota. Representing the No. 2 oil-producing state behind Texas, Heitkamp routinely broke from Democratic colleagues on environmental votes. But she sought funding for carbon capture technology and voted to preserve rules protecting wildlife and reining in methane emissions from oil and gas operations. Cramer served as an energy adviser to Trump during the 2016 campaign and was a key architect of the president’s agenda to expand production of fossil fuels and eliminate environmental protections. He did not record a single pro-environmental vote last year, according to the League of Conservation Voters.

Sigh. I’m giving the planet one more year to change direction, or at least give me a glimmer or indication of a good course correction. Come on world, give me reason and hope for doing these posts! Will the old Climate Guy continue to be optimistic like one Dr. Michael Mann, or will he take a new dark tack once 2020 begins, just presenting data, counting down the days before the human race is doomed to a new dark age of extreme hardship, declaring that the window for mitigation before irreparable harm to the climate comes to pass is closed on most every post. We will see.

Here is some more climate political news with more positive news. Yep I’m keeping my chin up for at least one more year:

Voters in one U.S. state gave a thumbs-up to stronger renewable energy standards on Tuesday, while another state held off https://t.co/XaLGglBTPE pic.twitter.com/k6QKhXidLo

Here Are All the Candidates With Science Backgrounds Who Just Got Elected https://t.co/9EQRKP7FM1

Amazing News! New Zealand has passed legislation to end new offshore oil and gas exploration. "These legislated bans on oil and gas break the cycle of inaction on climate change and shift us towards a tipping point of global political will." https://t.co/1esNVOMJ72 @350nz pic.twitter.com/RyChjoanIv

Here is  some other weather and climate news from Wednesday:

Despite the recent chill in much of the country, the U.S. is still having its 10th warmest year on record through the end of October. Individual year-to-date state rankings below. Records go back to 1895. pic.twitter.com/HOhKqalYrx

Alaska had its warmest October on record with a statewide average temperature of 34.5°F, 9.0°F above the long-term average: https://t.co/i8get98CDk #StateOfClimate pic.twitter.com/ql0CejVw3C

May-October 2018 was the warmest May-October period in the history of record keeping at @NOAANCEIclimate for the contiguous U.S. Many individual states had record warm averages during May through October. pic.twitter.com/ledMLwH6Ix

October ocean surface temperatures were significantly warmer than last year around Alaska except for the Beaufort Sea, which had more ice this October than October 2017. And…Oct 2017 SSTs were above normal. #akwx #Arctic #SST @Climatologist49 @amy_holman @DaveSnider @IARC_Alaska pic.twitter.com/HqowkfRj35