I have been doing a few posts on Australia recently because this island continent is having a particularly hot summer. Australia appears to be one of the biggest canneries in the old proverbial coal mine, singing very loudly that climate change is occurring. Yesterday we learned that 2018 was the third warmest year on record for Australia, which does not come as a surprise, but nevertheless is just one more instance of data indicating to any remaining deniers that the planet is undergoing a dangerous warming trend.

The following chart produced by the Australian Bureau of Meteorology is quite shocking: 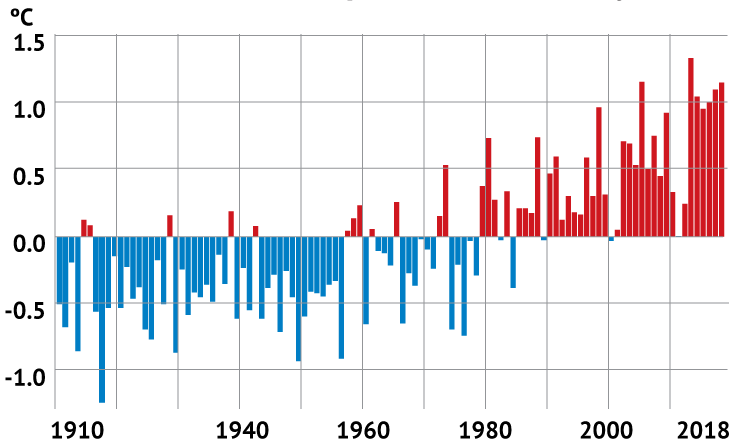 For the article Sydney Morning Herald article that I will be quoting from, please click on this tweet:

The record-breaking events are outlined in the Bureau of Meteorology’s 2018 climate statement released on Thursday, which confirmed the nation experienced its third-warmest year on record in 2018. The bureau attributed the year of meteorological extremes to both climate change and natural variability.

The national mean temperature in 2018 was 1.14 degrees above average. Nine of the 10 warmest years on record have occurred since 2005.

“The average maximum temperature for the country as a whole was particularly warm, sitting 1.55 degrees above the 1961-1990 average, making 2018 Australia’s second warmest year on record for daily high temperatures,” Dr Bettio said. 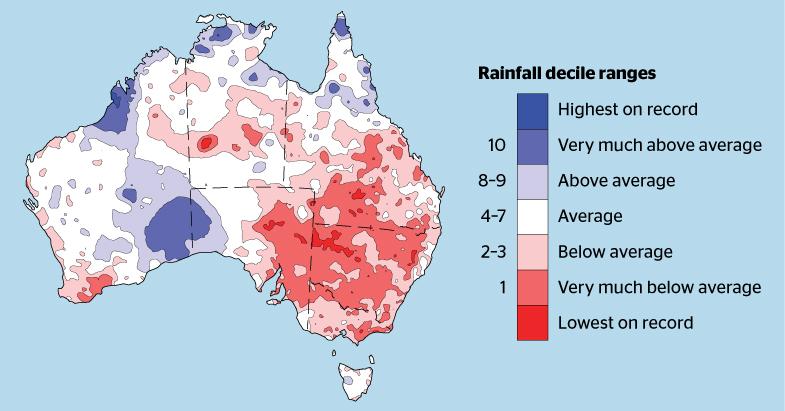 We did see some respite in the final three months of the year with decent rainfall in the east of the country.”

In other significant weather events last year, Broome broke its annual rainfall record just two months into the year and Tropical Cyclone Marcus was the strongest to affect Darwin since Tracy in 1974.

In August and September, up to 100 bushfires were active across NSW, Queensland and Victoria when warm, dry conditions brought an early start to the bushfire season. 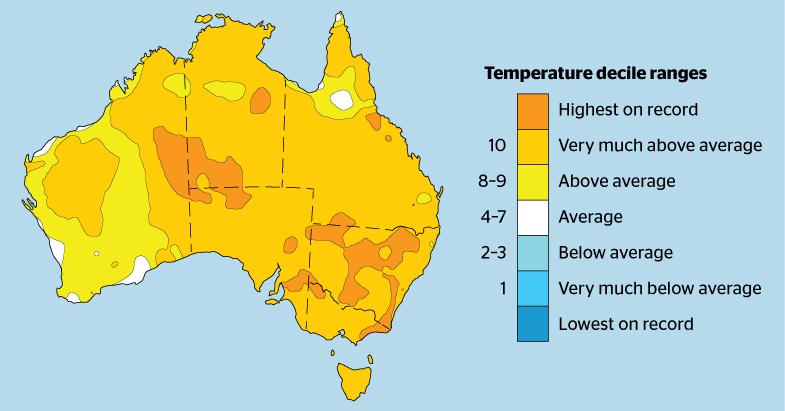 The report said Australia’s climate “is increasingly influenced by global warming” and the nation has warmed by just over one degree since 1910. Most warming has occurred since 1950.

The bureau said Australia was strongly influenced by both natural variability and climate change in 2018. Natural drivers included sea surface temperatures in the southern Tasman Sea which rose to “exceptionally high levels” in late 2017 and early 2018, contributing to warm overland conditions.

“The background warming trend can only be explained by human influence on the global climate,” the bureau said. 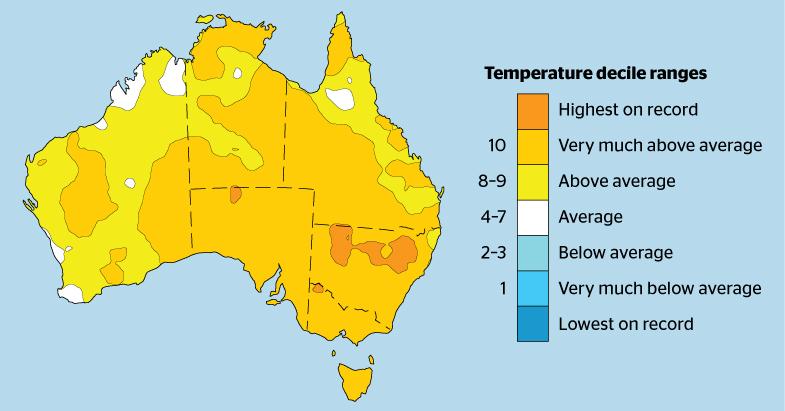 So what is Australia doing about this warming? Here is more:

The Morrison government has been riven with internal tensions over climate change policy. Under the Paris climate accord, Australia has vowed to reduce greenhouse emissions, based on 2005 levels, by 26 per cent before 2030.

The government says Australia will meet that target “in a canter” however this claim has been contradicted by international bodies and the government’s own data. Most recently, figures released by the Department of Environment and Energy last month showed that on current trends Australia will reduce emissions by just 7 per cent on 2005 levels by 2030, a massive 19 percentage points or two-thirds of the way short of the Paris agreement.

Most recently, figures released by the Department of Environment and Energy last month showed that on current trends Australia will reduce emissions by just 7 per cent on 2005 levels by 2030, a massive 19 percentage points or two-thirds of the way short of the Paris agreement.

Most recently, figures released by the Department of Environment and Energy last month showed that on current trends Australia will reduce emissions by just 7 per cent on 2005 levels by 2030, a massive 19 percentage points or two-thirds of the way short of the Paris agreement.

It said radical, swift efforts must be taken to curb greenhouse gas pollution and keep the global temperature increase below the critical 1.5 degree threshold.

For more read the entire Sydney Morning Herald Article and delve into what the Australian Bureau of Meteorology has written:

ICYMI, our Annual #Climate Statement for #Australia in 2018 is now online at https://t.co/QDiwCAg7MV pic.twitter.com/HPfCKocRdK

Feeling the heat recently? That may be because we just had our hottest December ever recorded. pic.twitter.com/GOx2dbidqw

Oh, and let’s not forget that 2019 in Australia has gotten off to a hot start. Here is more information on the current heat wave:

New Weather Update on YouTube at https://t.co/lTCNn5SOp4 re the #heatwave forecast for much of southeastern #Australia over the next few days. Video current 2pm AEST 10 Jan. Check forecasts on our website; follow advice from health authorities. @SAHealth @VicGovDHHS @NSWHealth pic.twitter.com/gJhUoleFle

Here is more weather and climate news from Thursday:

We can now say with confidence now that 2018 will be the warmest year on record for the Earth's oceans, beating the second-place year (2017) by a comfortable margin. [6/6] pic.twitter.com/BV2kJolUx2

Estimates of ocean warming have been revised substantially upward – by around 40% – in the years since the IPCC 5th Assessment Report, as we discuss in our article in Science today (w/ @Lijing_Cheng). Over at @CarbonBrief we provide a detailed look: https://t.co/ARRK4HCcXF [1/6] pic.twitter.com/StPAN2k87x

Through January 9, Indianapolis tied its third least snowy start to the season, in records dating to 1942-43. Season-to-date snow deficit of over 9 inches. #inwx pic.twitter.com/aKPXZvomyF

#OffshoreWind ready to take off in the #USA https://t.co/P1Qhu9QE8c