For most places in the U.S., the hottest year on record has come during the current decade. As an example: Atlanta 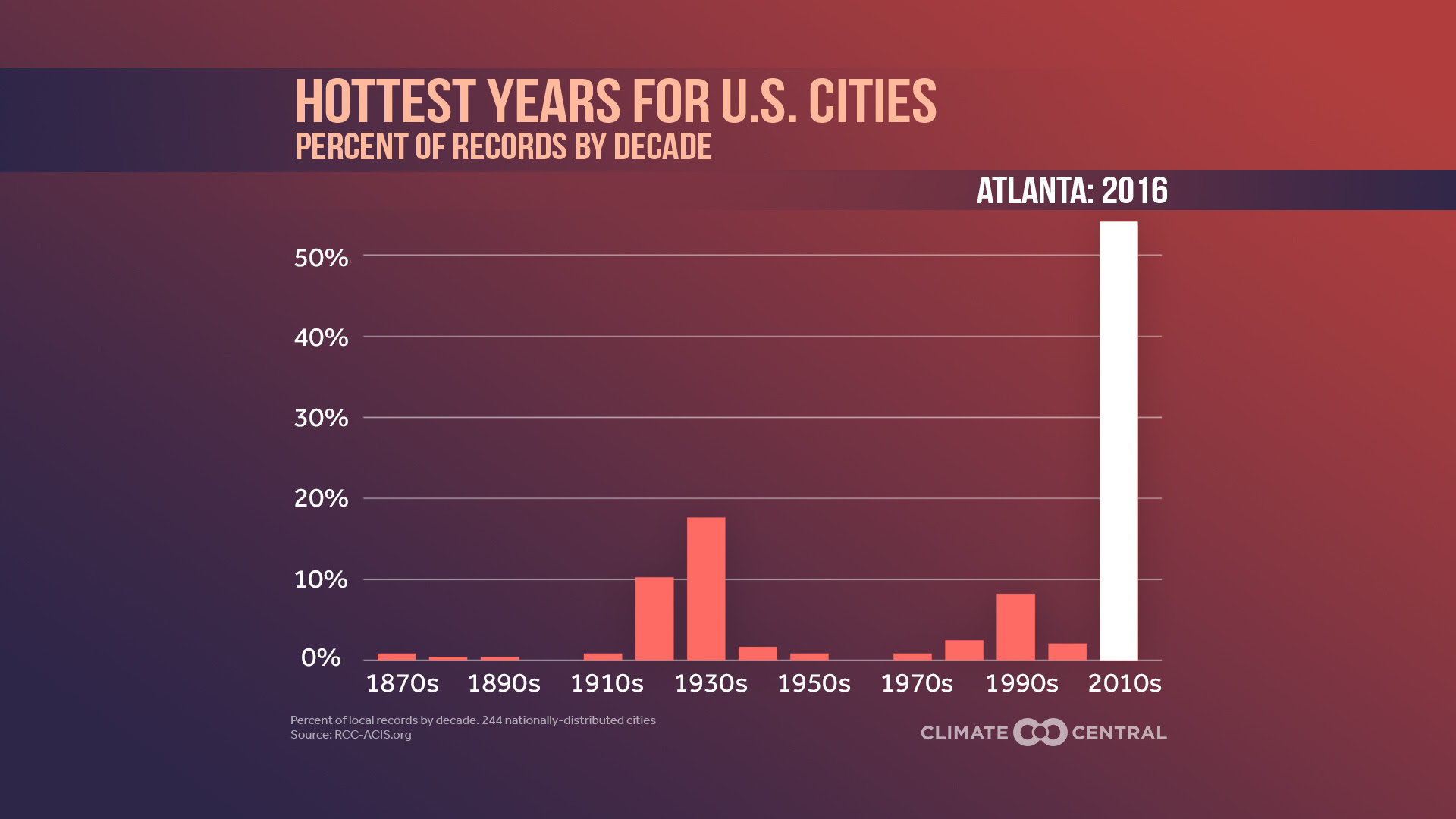 Most U.S. cities notched their hottest year on record in the 2010s. See what year came in on top for Atlanta https://buff.ly/2TzbMS7
#climatematters.

To get the above nifty chart for a large city near you see: http://www.climatecentral.org/gallery/graphics/hottest-years-for-us-cities

The 2018 U.S. temperature analysis from NOAA has been delayed due the federal government shutdown. We will bring you the information once it’s released. In its place this week, we calculated the average annual temperatures at 244 individual U.S. stations throughout their periods of record, highlighted the decade in which each record hot year was established, and showed the breakdown of each station’s records by decade.

Only one place in our sample had its hottest year on record in 2018 — Palm Springs, California. On the broader scale, 2018 is the first time since 2014 that the U.S as a whole did not have one of its 10 hottest years.  Of the stations analyzed, 53 percent experienced their hottest year during the decade of the 2010s, consistent with this being the hottest decade on record in the U.S. This far exceeds the second-place decade of the 1930s, when 18 percent notched their hottest year on record. Periods of record vary, but 70 percent of stations were active by the 1930s and 96 percent were active by the 1960s.

Despite a cooler than normal November, 2018 was still running way above average — year-to-date temperatures through November were 16th warmest on record.  Through December 22, the last day before the government shutdown made data inaccessible, the number of daily record highs in 2018 outnumbered the number of daily record lows by a ratio of 1.68-to-1. That ratio may not be as dramatic as in recent years, but even with local short-term warming and cooling, overall warming from the buildup of greenhouse gases in the atmosphere continues to drive the long-term temperature trend.

Data was gathered from the Applied Climate Information System. Average annual temperature was determined using the average of days (not the average of months). Years with more the 30 days of missing data were removed from the analysis. In case of a tie (22 occurrences), the most recent year is represented. Former Weather Channel meteorologist Guy Walton maintains a comprehensive records database, analyzing monthly, annual, and decadal records trends. 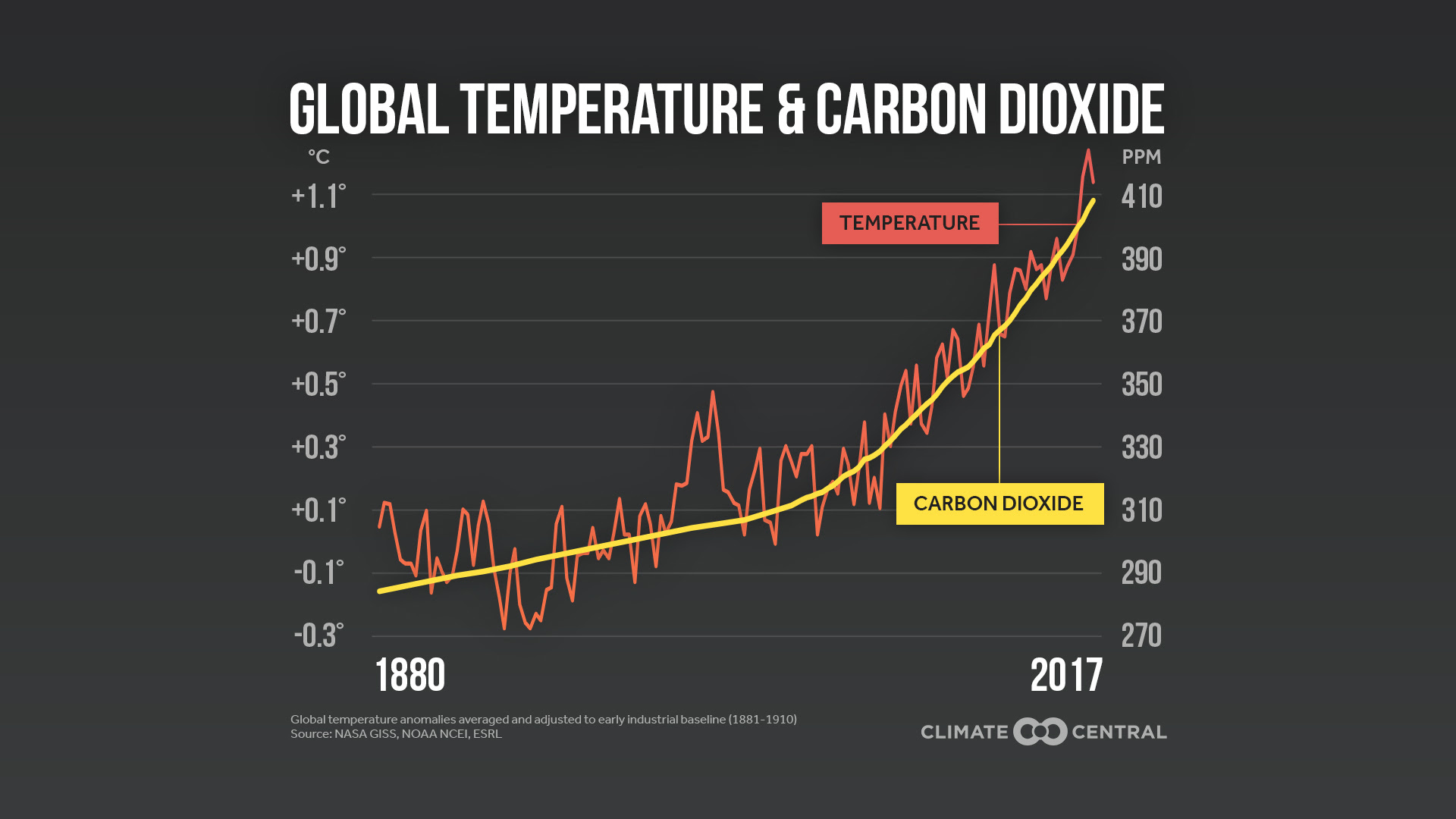 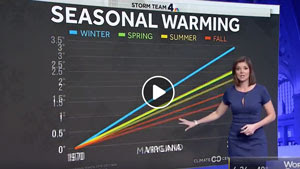 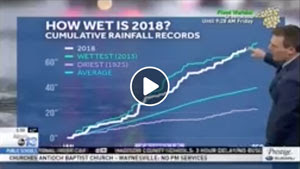 NOAA:
Get eight popular snow forecasting tools as we move into midwinter.
NASA:
Find quick answers to climate change questions at Vital Signs of the Planet.

I invite all to peruse Climate Central’s database to see where your nearest large city ranks.

Here is some more climate and weather news from Wednesday:

Discouraging but not too surprising… https://t.co/Ej9ERcEmDB

Heavy rainfall has become more common in the U.S. as the climate has warmed. Here's where records have broken this year https://t.co/nBZ3ntRJ0c pic.twitter.com/RTPyk62JGK

Check out which season is warming the fastest in your state https://t.co/Imuo6qnV8s pic.twitter.com/7XYcJBZiCw

The Camp Wildfire was the costliest natural disaster in the world last year, followed Hurricanes Michael and Florence.

These three most expensive natural disasters in the world last year were each weather-related tragedies occurring in the US. https://t.co/grQLMNAwt6

As usual a stellar conversation by @KHayhoe https://t.co/zMoDRnsULo

Yes….! This is one of the best, fairest, and most accessible overviews of climate modelling available. I recommend this piece, and @CarbonBrief in general, as a go-to resource. @LeoHickman @hausfath https://t.co/juCdbETFme

Very hot conditions are building over #WA and northern parts of the country. The heat will then move towards the east late in the week, with low to severe #heatwave conditions extending across most States into the weekend. #Summer https://t.co/xwqUJmcT0c pic.twitter.com/Fu3KzMYfGB

"Myths and Realities of Climate Change" via @Greta Van Susteren @VOANews:https://t.co/cEKqgbiv5n
I present the "realities" starting at 22:05 into the segment.