Great News! For the last six months I’ve seen this report of a lawsuit here or a pledge from a country there against drilling for oil and pipelines necessary to distribute fossil fuels. It’s almost become anathema in early 2018 to plan energy needs around petro chemicals. Here is an example:

The public, after a lot of convincing by climate scientists and environmentalists, has wised up to the fact that besides being bad for the climate, petro chemicals are caustic, contaminating groundwater and possibly leading to health issues like cancer. Wind, solar, and hydro power have none of these issues. When the Trump administration proposed that 90% of U.S. coasts be open to offshore drilling just about every coastal state balked.

Let’s say for the sake of argument that the science behind climate change is all wrong. O.K. then, drilling and mining those dirty fossil fuels would be fine, right? Well, this cartoon drives one of my big points home:

Here is something I saw on social media just the other day:

NYC’s move to sue and divest from Big Oil is a huge step in curbing the impact of climate change and creating a more responsible financial future for the city. #stopfundingfossils pic.twitter.com/ia1FjZql3X

Pipelines like Keystone are constantly under legal assault to be stopped. Here is an example of another: http://southeastenergynews.com/2018/01/11/atlantic-coast-pipeline-hits-more-delays-in-north-carolina/

The Atlantic Coast Pipeline would transport natural gas, which has its own fossil fuel set of problems.

People are continually seeing news items like the following, so basic, logical instincts are kicking in:

A tanker carrying 136,000 tons of oil condensate is leaking its toxic cargo into the East China Sea. It’s now ‘in danger of exploding’ https://buff.ly/2D9SrQw 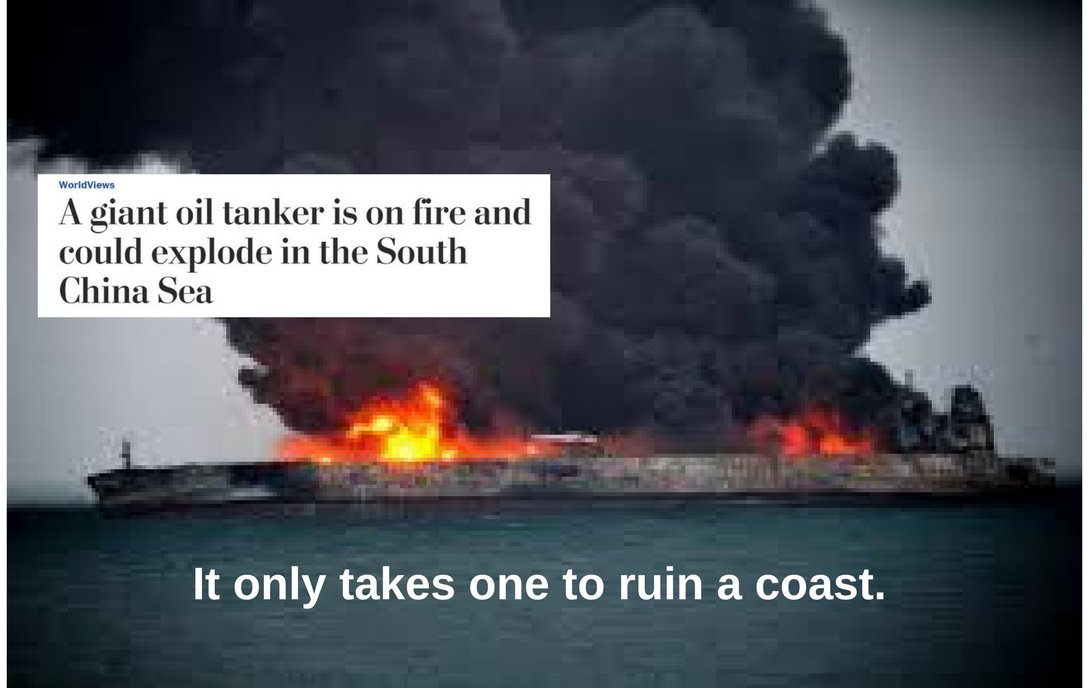 Other countries are making great strides with renewables:

Germany now on its way to 65% renewable electricity by 2030.

reNEWS @reNEWS_
You read it first in reNEWS: German coaltion deal breakthrough includes fresh auctions for onshore wind and solar for delivery in 2019-20 as well as potential for additional onshore. http://renews.biz/109792/
11:25 AM – 12 Jan 2018

When a person addicted to drugs finally realizes after a few fits and starts that they will be much better getting off a caustic substance, there is no turning back. Politicians are getting into deep doo doo if they side with the fossil fuel industry. Optimistically, after the Trump era I don’t think there will be any turning back in the United States towards green energy and away from fossil fuels.

The last couple of days we saw an episode of extreme warmth for this time of the year from the Midwest into the Northeast ahead of the next and latest arctic blast. Before the warm ETs get into the NCEI system let’s take at look at the “record scoreboard” (data processed through 1/9/2018):

The “warm team” is going to need to score at least 1,700 record daily highs in order for that “streak” of 37 consecutive months of more daily record highs than lows to continue. If the streak ends this month we can blame it on the historic eastern cold wave the first few days of 2018.