Wednesday January 31st… Dear Diary. The main purpose of this ongoing post will be to track United States extreme or record temperatures related to climate change. Any reports I see of ETs will be listed below the main topic of the day. I’ll refer to extreme temperatures as ETs (not extraterrestrials)😊. Here is today’s climate change related topic:

This is a bit of gallows humor, but I had to chuckle a bit when Trump started his State of the Union address last night sighting the horrific natural disasters the U.S. has experienced the say year without mentioning climate change once. This Inside Climate News article pretty much sums up how the speech started: https://insideclimatenews.org/news/31012018/trump-state-union-address-climate-change-energy-coal-infrastructure

Quoting from the article: It was a distinct irony to hear President Donald Trump open his State of the Union address by reciting the litany of climate calamities that the nation survived in 2017.

“We endured floods and fires and storms,” he said, as he recognized the bravery of public servants who had saved dozens of people trapped in a hurricane and a wildfire.

But he said not a word about the manmade global warming that makes those risks more dangerous year after year. And his only discussion of energy policies made no nod to the clean energy transformation that scientists prescribe to lower greenhouse gas emissions and reduce the risks.

Ah, and there was that pet phrase of Trump’s again, “Beautiful Clean Coal.” Trump and his fossil fuel energy cronies want to export coal to make a quick buck from the West Coast to China, which is hungry for energy. So, exactly how clean is coal as an energy source, and can it become less polluting? For those answers I would invite you to view these videos:

In a nutshell clean coal is basically used as a P.R. slogan by the coal industry. Chemically it is difficult to treat coal such that it burns relatively clean and/or gets carbon coming from coal sequestered in the ground. It also takes energy to “clean” mined coal such that the energy efficiency of burning the stuff goes down. Getting coal cleaned costs money, so obviously most companies using coal will balk at cleaning the stuff unless regulated to protect their bottom line. The future of power production is obviously with green energy not that “beautiful” sooty stuff.

Quoting from the Guardian article: A breakthrough in the race to make useful products out of planet-heating CO2 emissions has been made in southern India.

A plant at the industrial port of Tuticorin is capturing CO2 from its own coal-powered boiler and using it to make baking soda.

Crucially, the technology is running without subsidy, which is a major advance for carbon capture technology as for decades it has languished under high costs and lukewarm government support.

The firm behind the Tuticorin process says its chemicals will lock up 60,000 tonnes of CO2 a year and the technology is attracting interest from around the world.

Debate over carbon capture has mostly focused until now on carbon capture and storage (CCS), in which emissions are forced into underground rocks at great cost and no economic benefit. The Tuticorin plant is said to be the first unsubsidised industrial scale example of carbon capture and utilisation (CCU).

There is already a global market for CO2 as a chemical raw material. It comes mainly from industries such as brewing where it is cheap and easy to capture.

Until now it has been too expensive without subsidy to strip out CO2 from the relatively low concentrations in which it appears in flue gas. The Indian plant has overcome the problem by using a new CO2-stripping chemical.

I’m still convinced that society should make its greatest strides towards a green future and not get sidetracked by “cleaner” fossil fuels. I’ll  endeavor to write a post on retraining coal and oil workers soon.

And here are today’s reports of ETs:

Sanberg, California broke it’s all time January record by 11°. If that were to happen in New York City, imagine it being 81° in Central Park in January.  http://www.wrh.noaa.gov/total_forecast/getprod.php?wfo=lox&print=yes&prod=rerlox …
6:38 PM – 31 Jan 2018 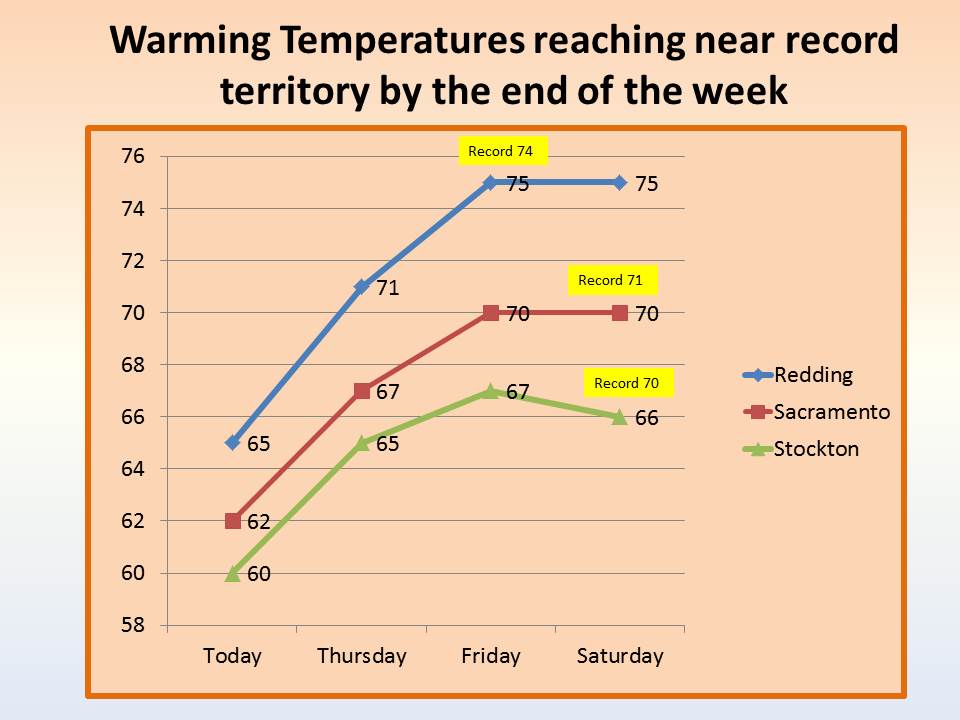 Like a broken record…strong high pressure over the region to bring us very warm temperatures through the upcoming weekend. Further warming is possible by the middle of next week…with highs perhaps rising into the mid-80’s! 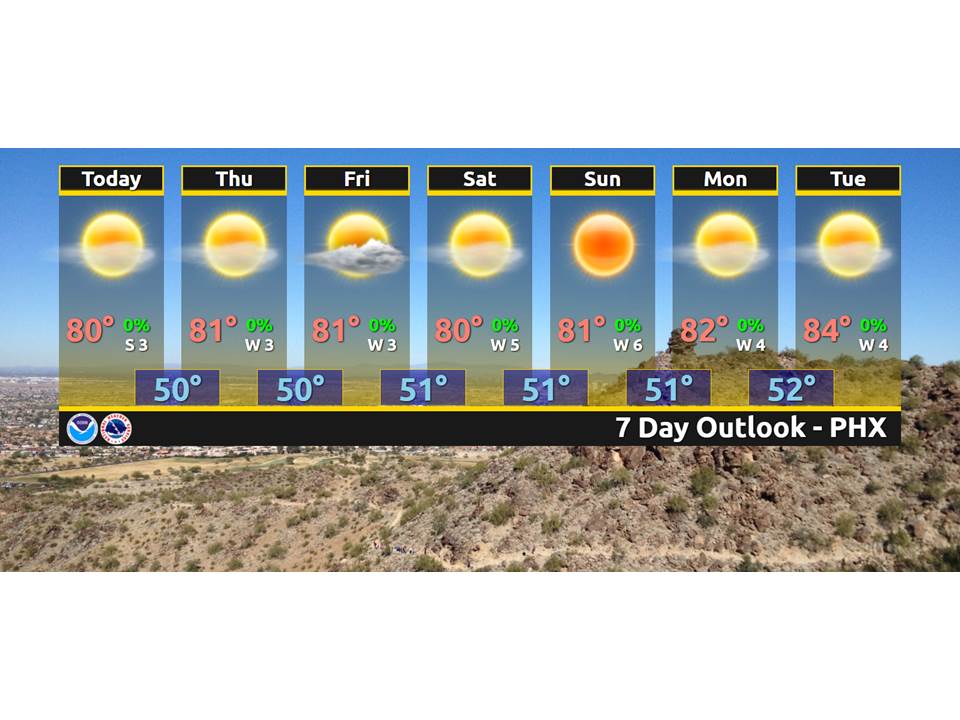 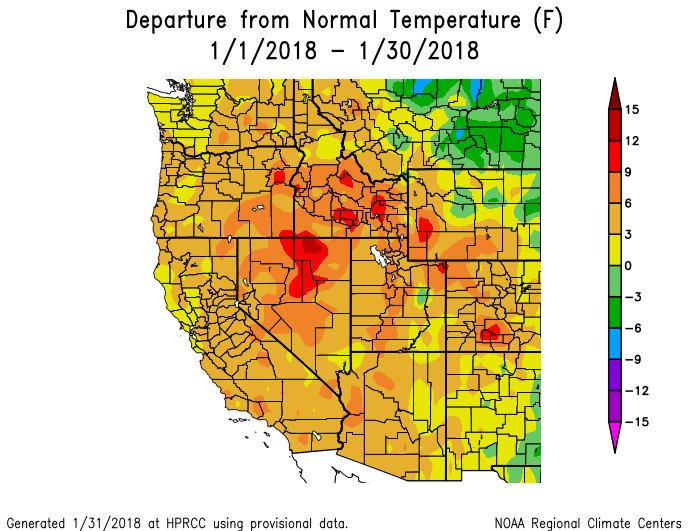