Thursday February 8th… Dear Diary. The main purpose of this ongoing post will be to track United States extreme or record temperatures related to climate change. Any reports I see of ETs will be listed below the main topic of the day. I’ll refer to extreme temperatures as ETs (not extraterrestrials)😊. Here is today’s climate change related topic:

Today’s post is about a conglomeration of information, which is good news, gleaned from Mike Hudema. Mike is a climate warrior from Canada who is on the forefront of battling to keep Alberta tar sand oil in the ground and a big advocate, like me, of solar power. It’s O.K. my Canadian friend. This country and yours needs a lot of ridicule. I was pleased to see this:

BAM! France decrees all new rooftops must be covered in plants or #solar panels: https://buff.ly/2FUUtnM  Why are we talking about new pipelines still? 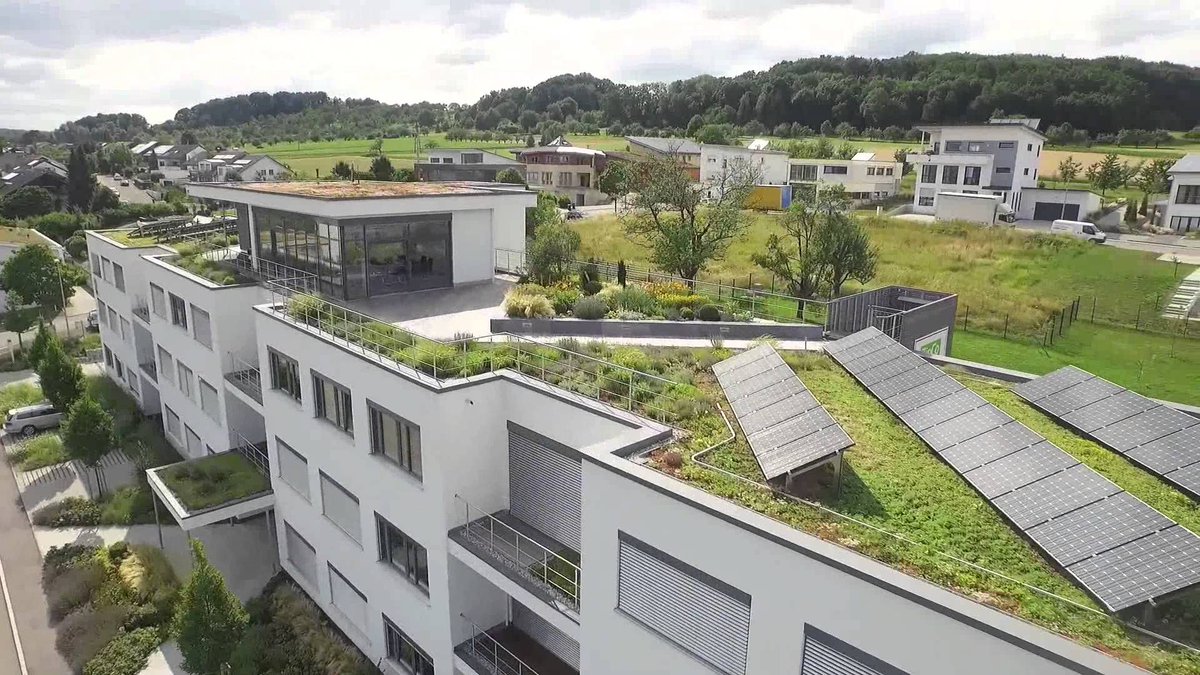 Covering rooftops with plants and/or solar panels is not a novel idea and has been around since the 1980’s, so I am glad to see countries starting to require builders to do so. No one will ever convince me that there is not enough area on top of buildings to meet all of our energy needs using solar. Mikes linked article on green roofs is short enough for me to post in its entirety:

A new law recently passed in France mandates that all new buildings that are built in commercial zones must be partially covered in either plants or solar panels.

Green roofs are already very popular in Germany and Australia, as well as Canada’s city of Toronto, where a similar law has been in force since 2009. Planting the rooftops of urbanized areas brings many benefits to public, private, economic and social sectors, as well as to the local and global environments.

Here are the top 5 reasons to chose a green roof.

3. Green roofs can serve as habitat. Low maintenance green roofs can be designed to serve as refuge for species such as ground-nesting birds. Vegetated rooftop habitats can also serve as stepping stones, to create corridors connecting other patches (roofscape or at grade) across an urban sea to natural habitats beyond the city.

5. Green roofs provide ‘extra’ space. Green roofs make the most of unused space within the increasing density of our cities. Rooftops can be developed into social and recreational spaces and used for urban agriculture.

Everything considered, France is definitely on the right track.

I also saw this note from Mike about repurposing spaces for solar energy in Japan: 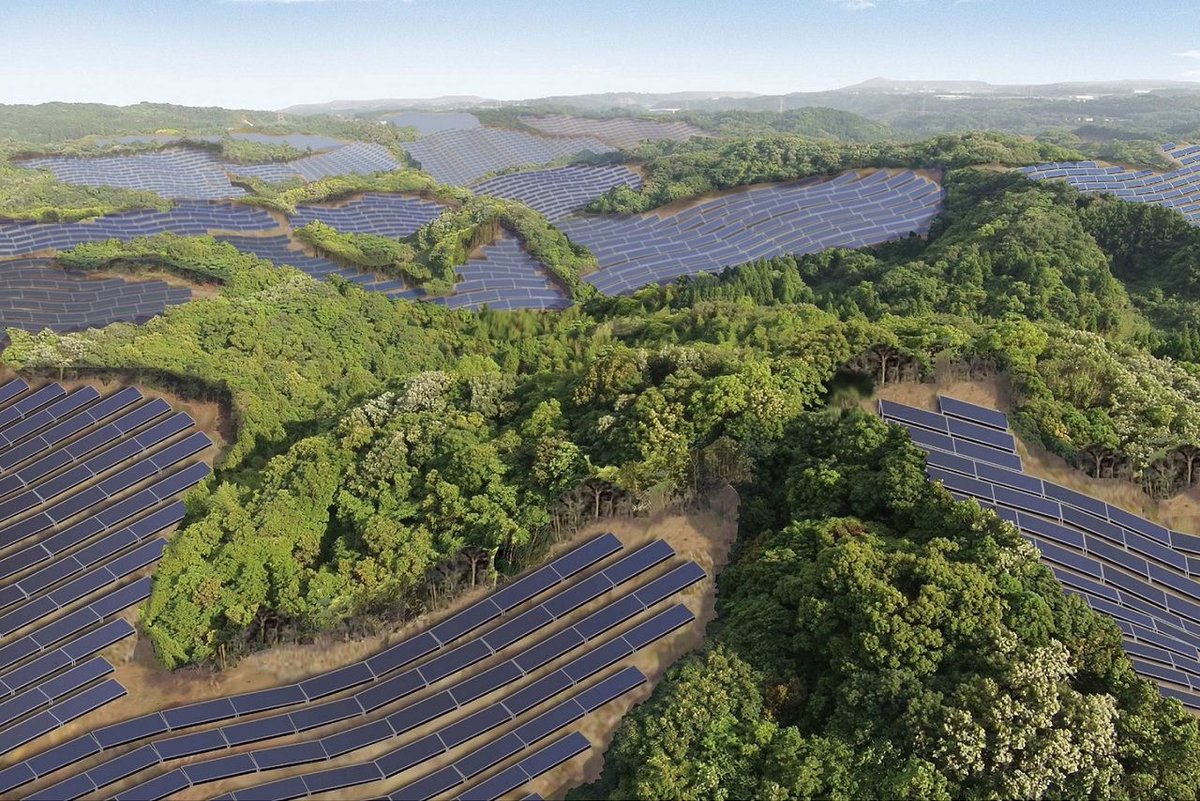 Mike’s linked article on using “derelict” spaces is also short enough to repost. Planting trees with drones? I haven’t heard of this until now, but if a new technique can be used for the war on climate change, bring it on!

Abandoned housing and abandoned factories might be rife across the world, but Japan has a problem with derelictness you might not have heard of before – abandoned golf courses.

They’re starting to pop up across the country, due to a huge number of them being built during a boom in the industry in the 80s which is now falling, with participation in the sport down 40%.

The courses could have been levelled for development, but instead Kyocera is using their vast open spaces to install solar panels.

The renewable energy initiative is being welcomed in Japan, which has been looking for alternatives to nuclear energy after the 2011 Fukushima disaster left a bad taste in the mouth.

The first 23 megawatt golf course project will launch in 2017 and produce enough power for around 8,000 homes.

Planning on an additional solar plant began in January 2014 and is now underway – it will cover approximately 2,000,000m2, accommodate 340,740 Kyocera solar modules, and is expected to generate roughly 99,230MWh annually – enough to power approximately 30,500 households.

There are several bold green initiatives in the works around the world right now, including one run by an ex-Nasa engineer who is hoping to plant one billion trees a year using drones.

And now for some bad news concerning this country from Mike: 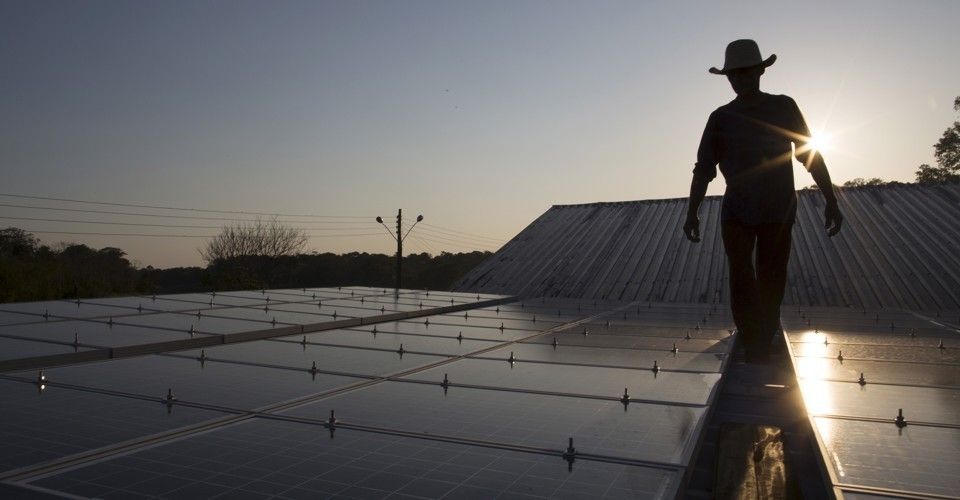 It seems noteworthy that the solar industry lost a large number of jobs during President Trump’s first year in office, given that his enthusiasm has been reserved for coal and coal alone. And the industry is concerned about what’s in store for it under Trump: Some industry groups even predict that Trump’s policies will kill tens of thousands of solar jobs.But according to energy experts, it’s not quite right to connect this dip with Trump.“I’m honestly not sure how much of a Trump effect there was in 2017,” said Varun Sivaram, who studies energy at the Council on Foreign Relations, a nonpartisan think tank. “But there will certainly be a Trump effect going forward—in 2018, 2019, and 2020.”
Instead, blame for 2017’s numbers lies with something far more mundane: the solar-investment tax credit. That policy, which lets taxpayers erase up to 30 percent of their tax liability by installing solar power, was originally supposed to expire at the end of 2016. As the deadline neared, companies and utilities rushed to take advantage of it, building as much solar power as possible in order to maximize their savings.
Even countries like oil rich Saudi Arabia are getting on the green train, though: 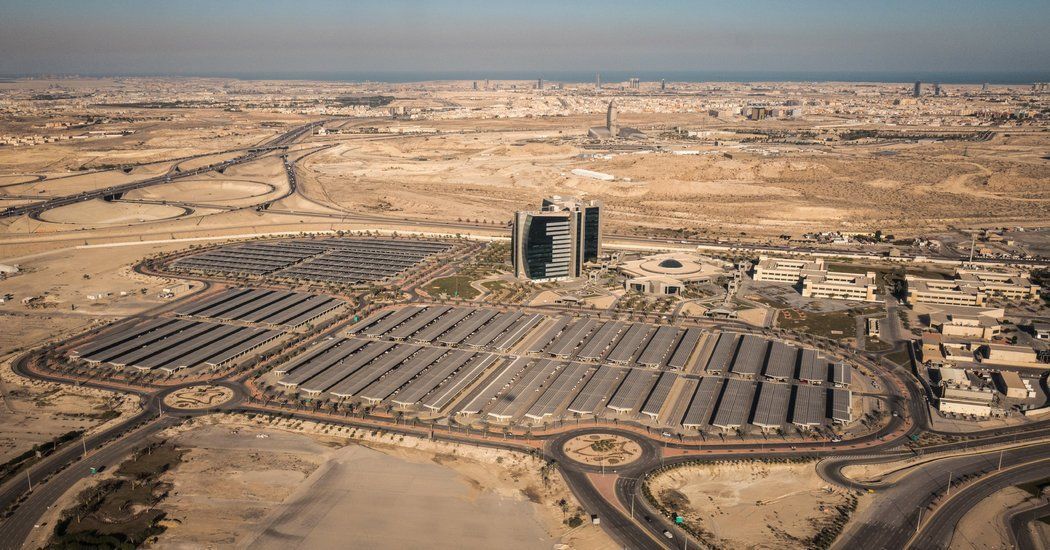 In time I’ll present more news in association with the transition to a world powered by green energy.

If I see more reports of ETs tonight for 2/8/18 I will post that information. Here is what I see so far:

A RECORD HIGH TEMPERATURE OF 87 DEGREES WAS SET AT WOODLAND HILLS
TODAY. THIS TIES THE OLD RECORD OF 87 SET IN 2006.

A RECORD HIGH TEMPERATURE OF 90 DEGREES WAS SET AT CAMARILLO TODAY.
THIS BREAKS THE OLD RECORD OF 87 SET IN 1954.

A RECORD HIGH TEMPERATURE OF 83 DEGREES WAS SET AT PASO ROBLES AIRPORT CA TODAY.
THIS BREAKS THE OLD RECORD OF 79 SET IN 1991.

4:26 PM – 8 Feb 2018
Here are some ETs from the 7th:
NWS Bay Area‏Verified account @NWSBayArea
Three more record highs in the #BayArea today. Record highs have occurred on every day in February so far. #CAwx #BayAreaWx 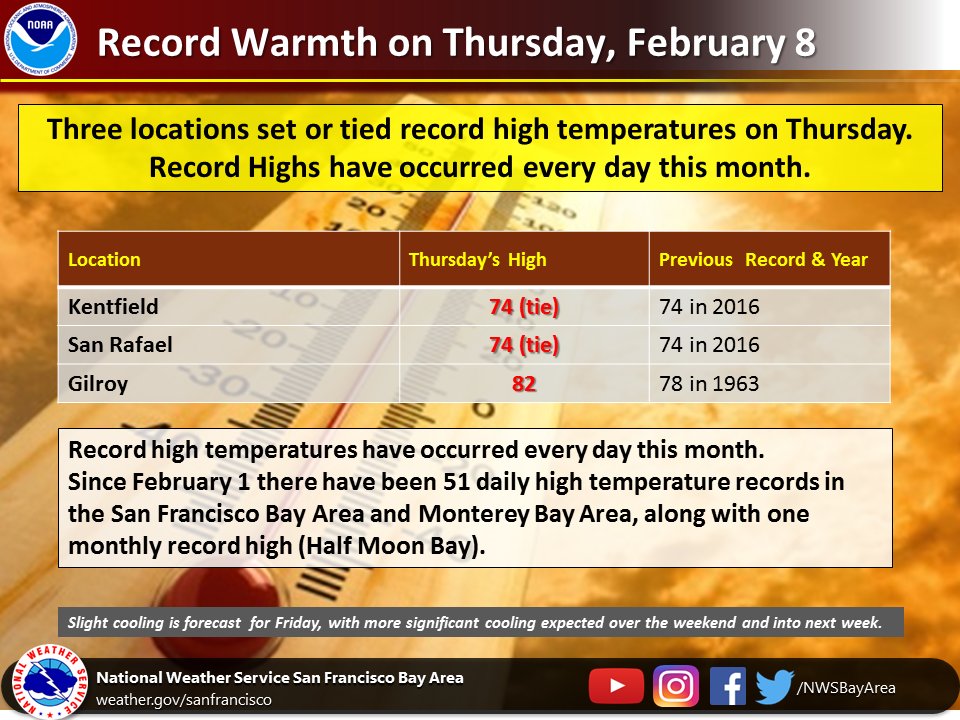