Sunday February 18th… Dear Diary. The main purpose of this ongoing post will be to track United States extreme or record temperatures related to climate change. Any reports I see of ETs will be listed below the main topic of the day. I’ll refer to extreme temperatures as ETs (not extraterrestrials)😊. Here is today’s climate change related topic:  (If you like these posts and my work please contribute via the PayPal widget, which has recently been added to this site. Thanks in advance for any support.)

It certainly has been mild of late across the southern U.S., and this week will only be warmer from Texas eastward to the mid-Atlantic area. In fact, record warmth should be widespread in the East while a cold pattern finally develops for the West. Many records should be set on Tuesday as noted by Ryan Maue:

Extremely amplified pattern:  Much of the USA will see records Tuesday morning.

east of Mississippi with Spring like, moist air mass.

Widespread Record Highs w/springtime warmth across Eastern US on Tuesday and Wednesday.
80s in the Southeast north to Kentucky
70s to Cleveland and possibly Boston
60s into Chicago & Detroit

What I’ve seen occasionally over my neck of the woods, the Deep South, the last couple of decades due to climate change is extreme or record warmth developing in February and/or March then a brief cold punch leading to some damaging freezing. Maxes in the 70s and 80s across the South this week with mins only near 60, which are April like, will pop many early blooms. Here is what the GFS forecasts for Atlanta this week:

Look how low the average min and max are, 38 and 59, for Atlanta compared with the rest of the guidance. If the warm weather persists from now into early March fruit trees will bloom early. I saw a damaging, killing freeze in April 2007 after record warmth across the South from February into March.  This time around I don’t see the prospects for a damaging freeze in Atlanta, for example, as far as medium range models go out in time.  People are comparing this year’s early warmth to last year’s, which was eye popping:

Not as early as last years crazy start to spring but trees are running close to 20 days ahead of schedule in the Carolinas. #cltwx #ncwx #scwx 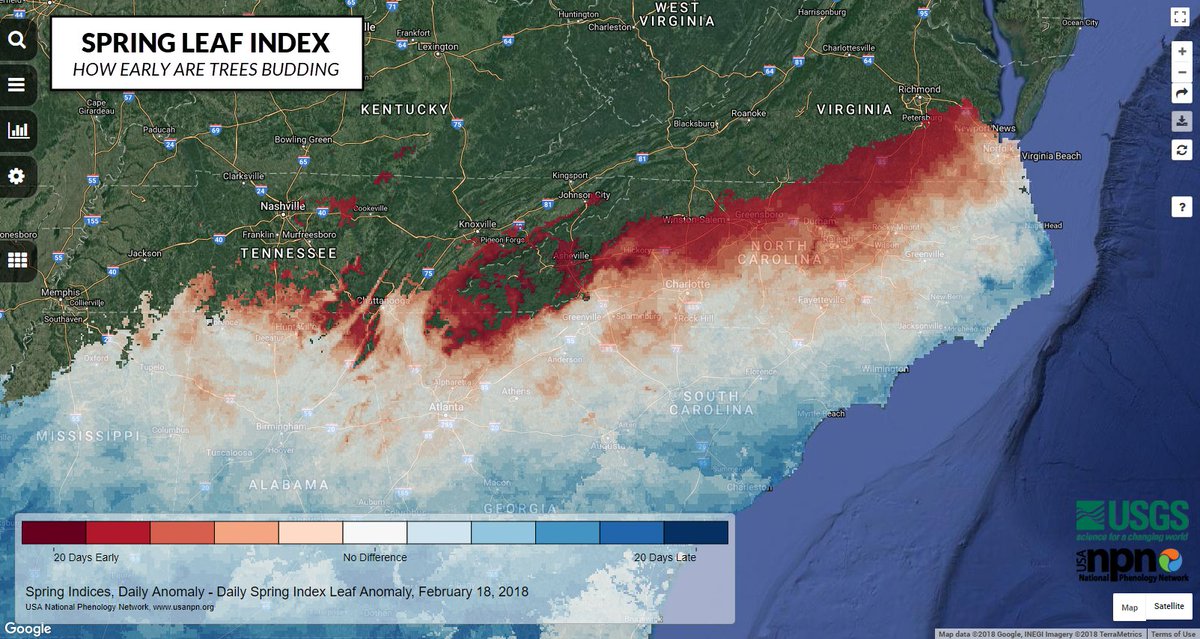 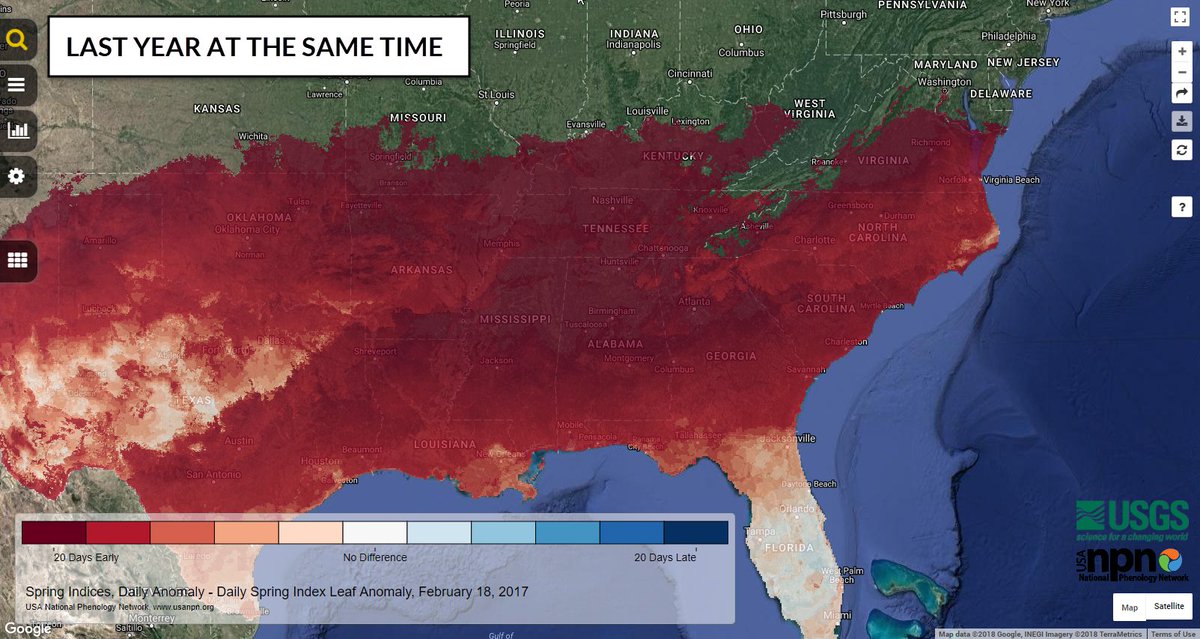 The West will see a very cold pattern developing this week, which will put an end to any “false spring,” killing off some early blooms:

A hard freeze is always a concern but this year the  thermal belts’ (foothills) bloom is running 20+ days early.  #CAwx 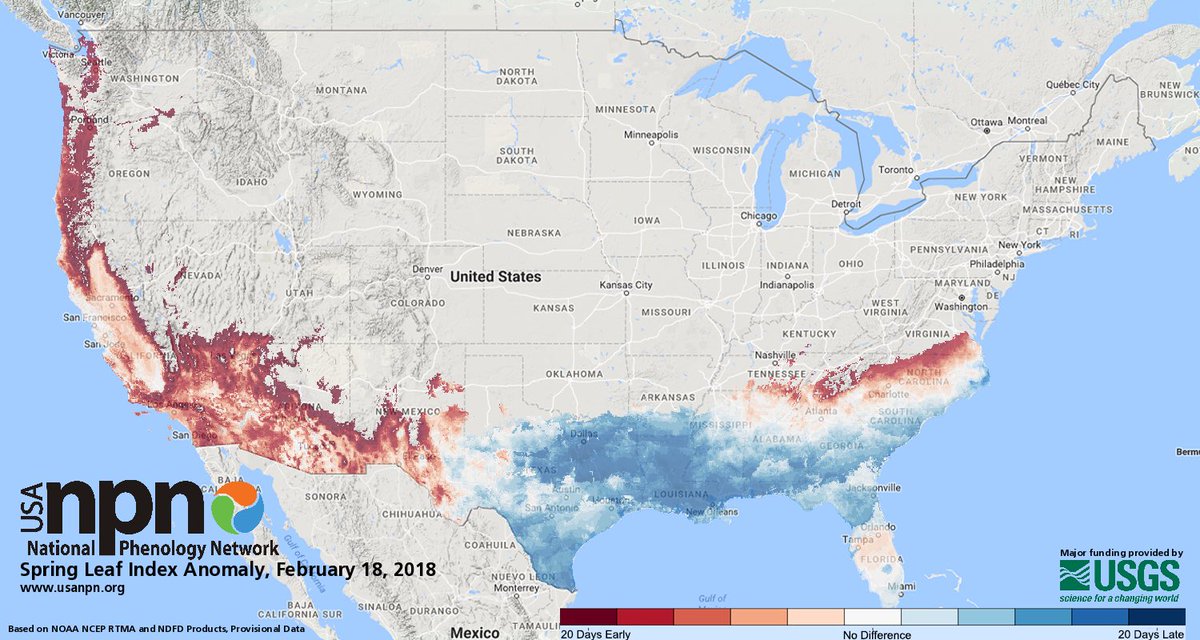 Why is this important? Because these off and on spurts of winter warmth, or “false springs,” have and could in the future lead to costly agricultural damage…just one more ugly facet of climate change. I’ll keep tabs on any subsequent weather pattern change this season leading back to cold shots in the East and more warmth in the West that may affect crops.

I’ll add more ET reports for FEB 18th if I see them later this evening.