Monday February 26th… Dear Diary. The main purpose of this ongoing post will be to track United States extreme or record temperatures related to climate change. Any reports I see of ETs will be listed below the main topic of the day. I’ll refer to extreme temperatures as ETs (not extraterrestrials)😊. Here is today’s main climate change related topic:   More Polar Vortex Diagnoses

Yesterday I posted a rather long summary entitled “The Sick Vortex” showing how many climate scientists have noted extreme warmth in the Arctic in late February going into early March. Technically I didn’t meteorologically diagnosis exactly why we are seeing a lot of “weird” weather patterns across the Northern Hemisphere beyond blaming any “sickness” on climate change via carbon pollution. Daniel Swain does:

Cutting to the chase here is Daniel’s polar vortex prognosis in his own words:

“Why did California suddenly flip from persistent record warmth and dryness to near-record cold (and well, slightly less persistent dryness)? The atmospheric flow pattern over the entire Northern Hemisphere is extremely amplified at the moment, with a pair of very strong blocking high pressure systems centered over the far North Pacific (south of the Aleutian Islands) and the far North Atlantic (near Greenland). These two features are acting like boulders in a stream, deflecting the normally west-to-east storm track (jet stream) over the mid-latitudes into a very wavy, north-to-south configuration. Alternating, essentially stationary zones of extreme winter warmth and cold have resulted from this wavy pattern all across the Northern Hemisphere.

Interestingly, there is a pretty clear culprit for all of this atmospheric mayhem–the recent “sudden stratospheric warming” (SSW) event and subsequent split of the stratospheric polar vortex. While a comprehensive explanation is beyond the scope of this already ballooning blog post, a two sentence version follows. The circumpolar (or polar) vortex, a band of upper-atmosphere winds which encircle the Arctic and typically act as a “fence” keeping cold, polar air in the high latitudes, can become disrupted by certain processes (like a SSW event). Upon disruption, cold air can suddenly escape the Arctic “fence” and spill southward; extreme temperature contrasts between alternating zones of liberated Arctic cold and relatively warm oceans can reorient the jet stream into a wavy north-south pattern, bringing periods of extreme weather throughout the hemisphere.

Andrew King‏ @AndrewKingClim
Lots of interesting weather going on in the Northern Hemisphere. Put simply: warm air where it should be cold and cold air where it should be warmer
https://www.smh.com.au/environment/climate-change/really-extreme-global-weather-event-leaves-scientists-aghast-20180226-p4z1q4.html …

“The anomalies are really extreme,” Andrew King, a lecturer in climate science at the University of Melbourne, said. “It’s a very interesting event.”

Here is how the “Beast from the East” is doing. Enjoy Brian’s photos from Rome:

Rare snow has turned Rome into a winter wonderland https://earther.com/rare-snow-has-turned-rome-into-a-winter-wonderland-1823321597 … 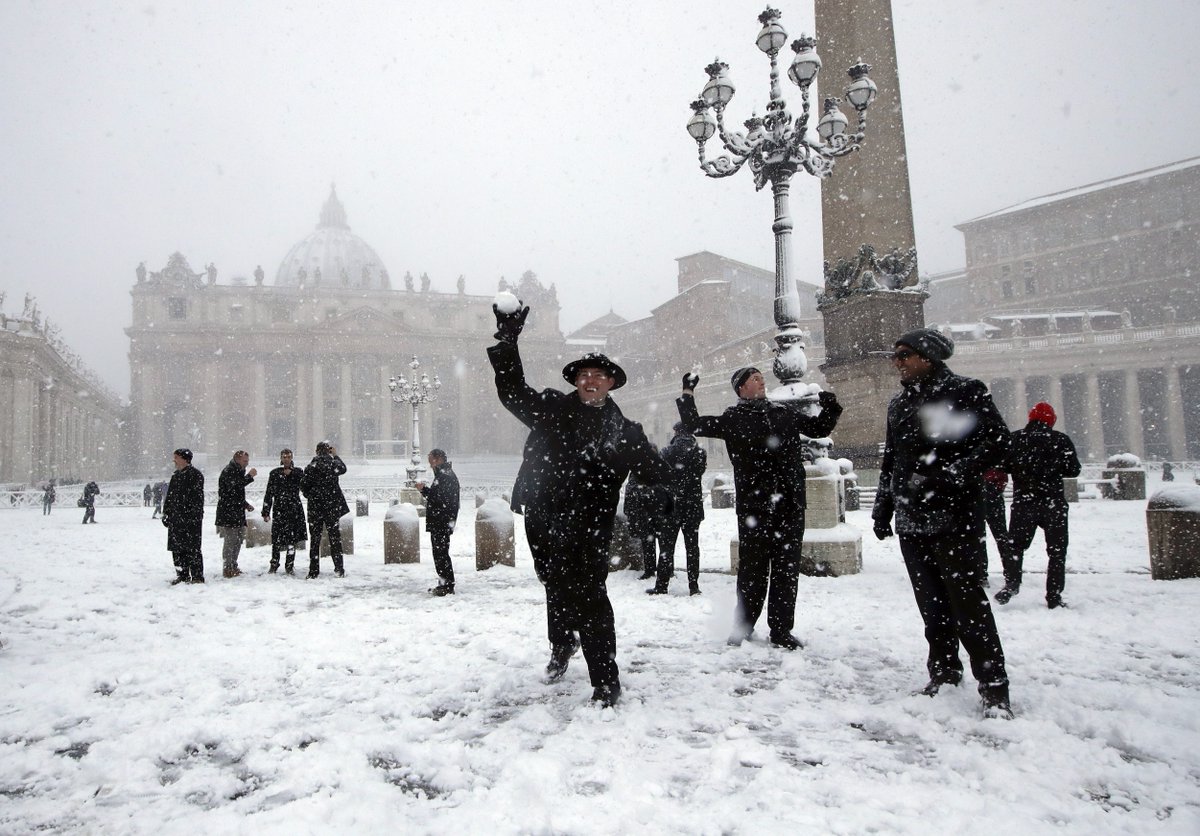 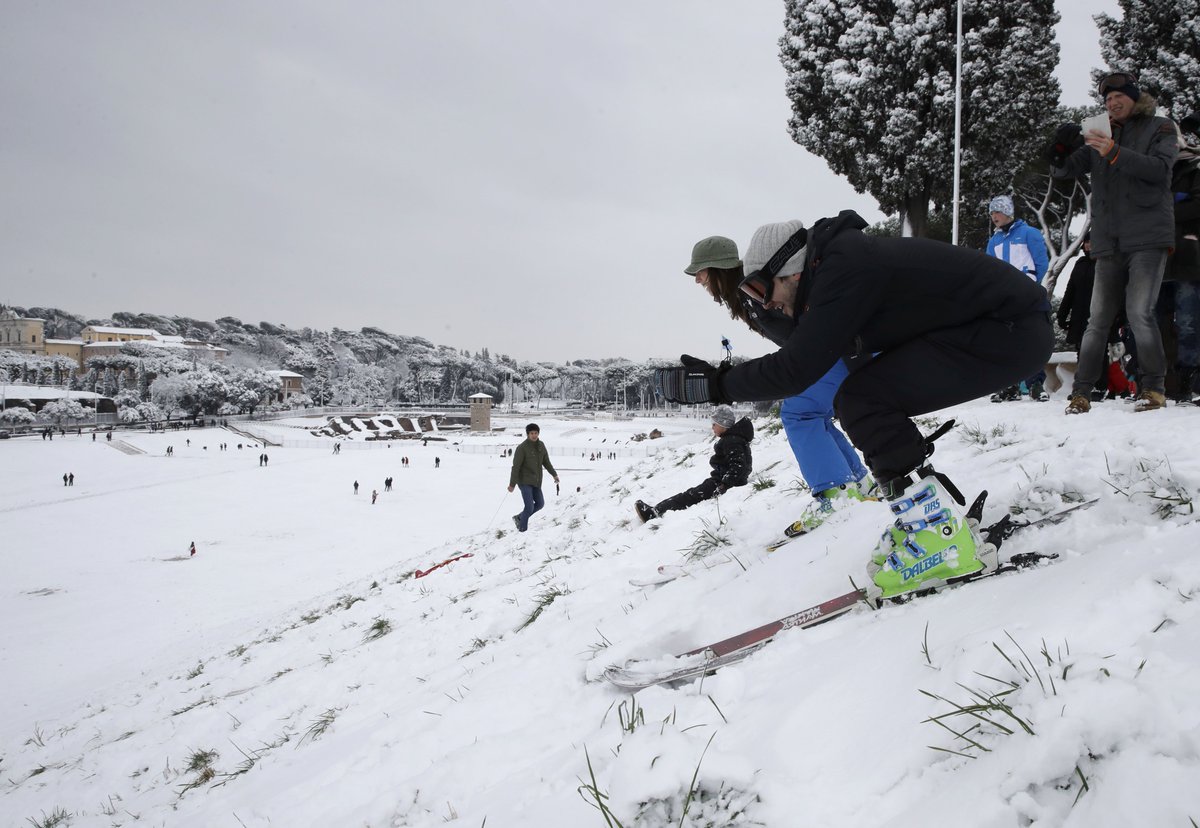 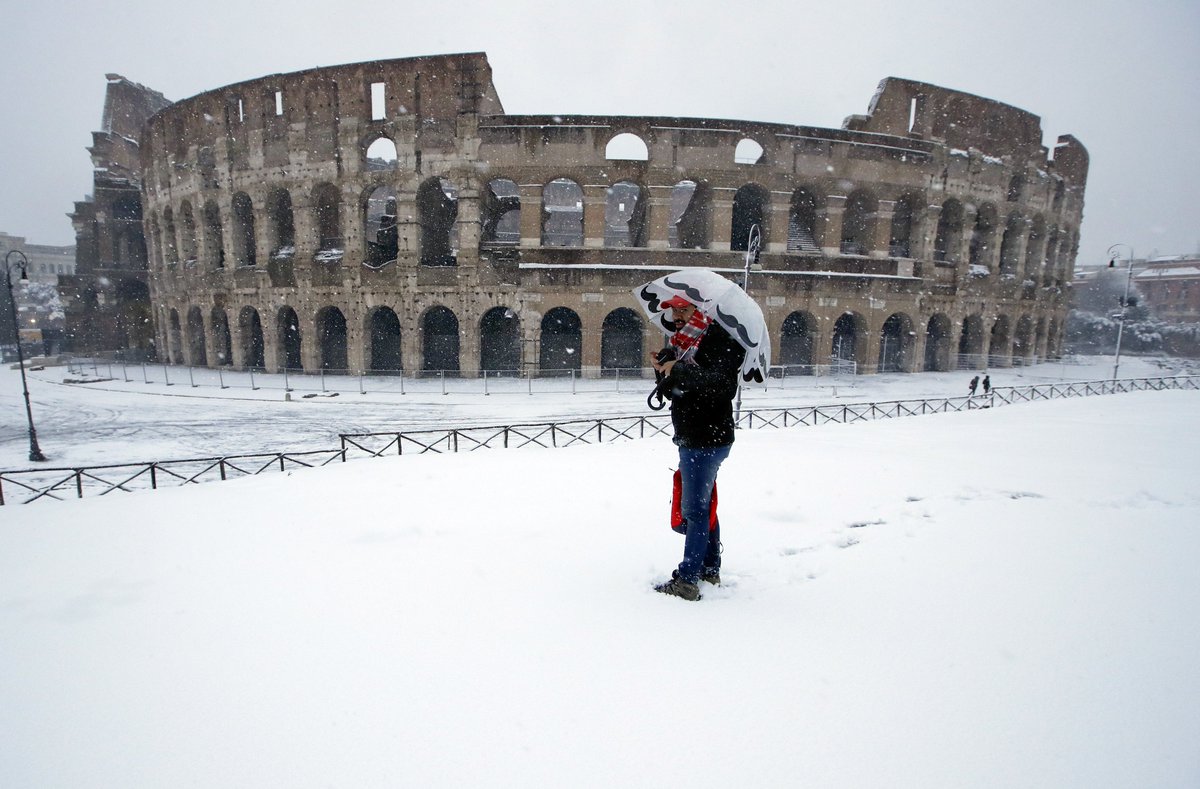 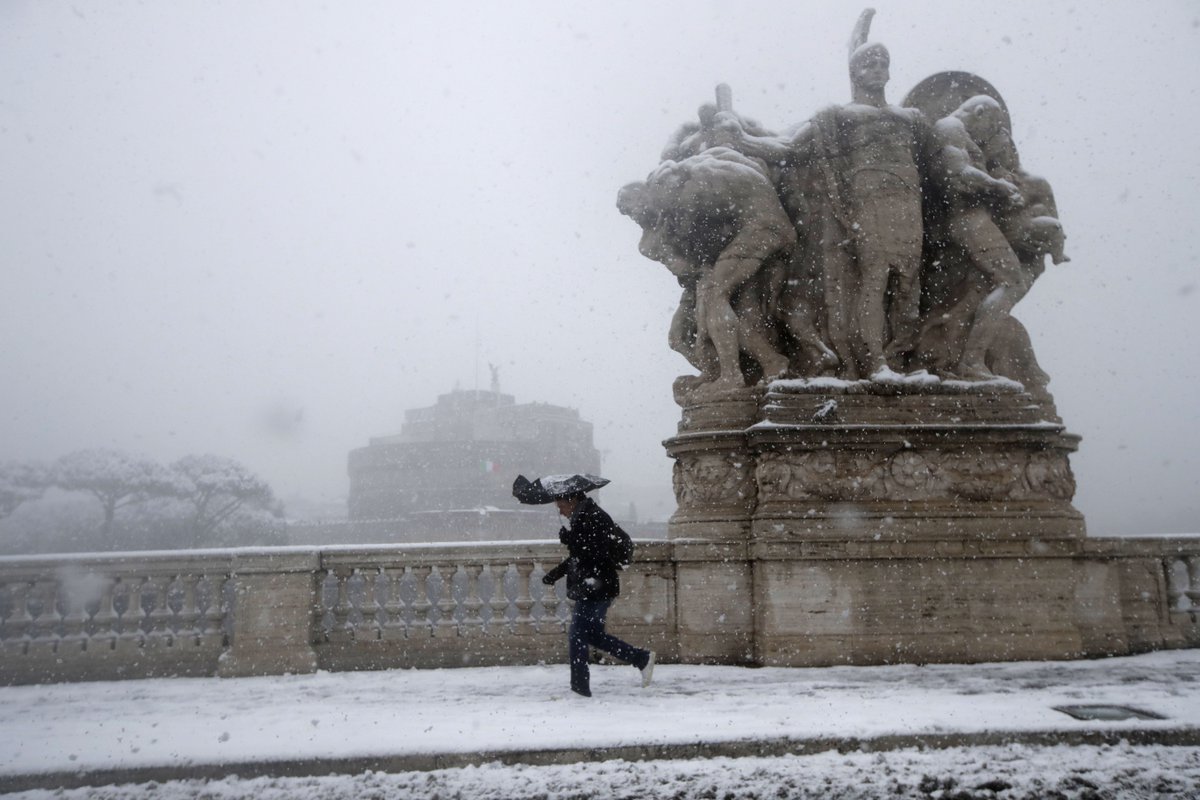 Yesterday I had mentioned that a record negative North Atlantic Oscillation is expected in early March due to record warm air over the Arctic. From his article Brian notes:

This weird pattern of cold Europe, warm Arctic is likely to continue for part of this week. After that, we could see a pattern that brings the cold, stormy weather to the eastern U.S. just in time to wrap up winter. Here’s how Capital Weather Gang explains it:

The resulting atmospheric pattern, known as the negative phase of the North Atlantic Oscillation, is forecast to fall to record low levels as February turns to March — a reflection of the extreme nature of this weather configuration. This same pattern could also turn conditions in the Mid-Atlantic and Northeast United States cold and stormy in about seven to 10 days.

Yes, I will be watching for the other shoe to drop in association with what usually happens with a negative NAO, a cold weather pattern for the East. I’ve notice that the flora around my home town of Atlanta is starting to bloom at east three weeks early in this “false spring” after a few days of record warmth near 80F. As noted by Climate Central: 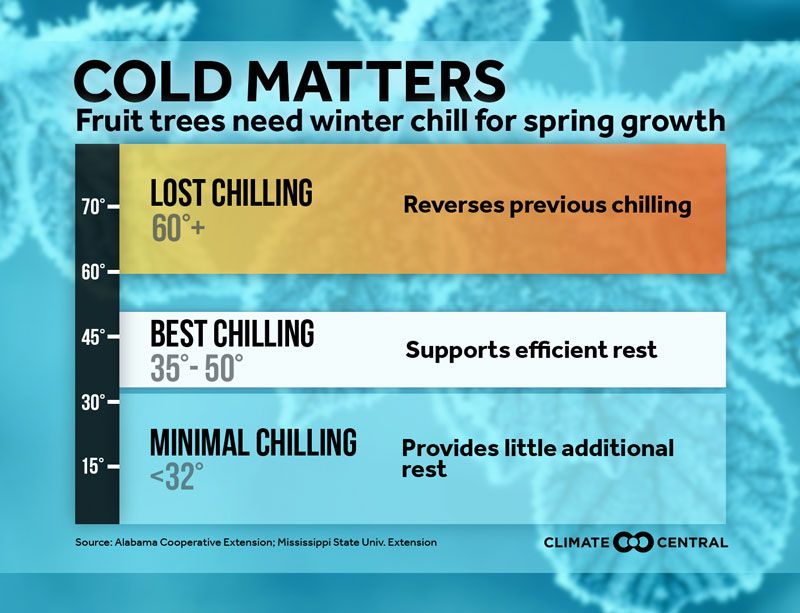 I may add more relevant information to this post later this evening.