Tuesday March 20th… Dear Diary. The main purpose of this ongoing post will be to track United States extreme or record temperatures related to climate change. Any reports I see of ETs will be listed below the main topic of the day. I’ll refer to extreme or record temperatures as ETs (not extraterrestrials)😊. Here is today’s main climate change related topic: (If you like these posts and my work please contribute via the PayPal widget, which has recently been added to this site. Thanks in advance for any support.)

All of us are human beings dealing with varying degrees of emotion. It must be disheartening if not devastating for an aging scientist to slowly learn that his hypotheses and theories are wrong via observation after years of painstaking work. Those who can come to terms with those pesky observations and say that they were mistaken are a rare breed indeed.

Such was the case with climatologist Dr. Stephen Schneider who became aware that had overestimated the cooling effect of aerosols during the mid-20th century cool period, and underestimated the warming effect by CO2 by a factor of near three. Schneider mistakenly assumed that measurements of air particles he had taken near the source of pollution applied worldwide finding that much of the effect was due to natural aerosols, which would not be affected by human activities. The cooling effect by industrial pollution would be much less in the future than he had cacuated in the early 1970s.. Having found that recalculation showed that global warming was the more likely outcome, he published a retraction of his earlier findings in 1974. I applaud Dr. Schneider for his efforts to correct his findings.

To jog your memory some of Dr. Schneider’s earlier work was quoted in Time Magazine spouting this late 1970s cover. About thirty years later we got the Times cover on the right:

Now I don’t have a PhD or even a Masters in meteorology, but my background in science is strong enough to see trends, which do support my conclusions on the climate issue. I’ll emphasize again that the only debate left is how bad and how fast devastating, perhaps civilization ending, effects from carbon pollution will have. Nevertheless, some people even with Doctors degrees are going through the five stages of denial having to come to terms with climate change. My young up and coming meteorologist friend Edgar McGregor states the five states of denial as applied to climate change very succinctly:

All stages are bad.

5:28 PM – 15 Mar 2018
Dr. Michael Mann has started to name names of those denying that climate change is a big existential problem in his book, The Madhouse Effect published in 2016, so I’m going to start doing the same on this post. Candidate A is Dr. Roy Spencer who has been instrumental with taking average meteorological tropospheric temperatures for climatological purposes. His work basically boils down to this one chart:

(Global area-averaged lower tropospheric temperature anomalies (departures from 30-year calendar monthly means, 1981-2010). The 13-month centered average is meant to give an indication of the lower frequency variations in the data; the choice of 13 months is somewhat arbitrary… an odd number of months allows centered plotting on months with no time lag between the two plotted time series. The inclusion of two of the same calendar months on the ends of the 13 month averaging period causes no issues with interpretation because the seasonal temperature cycle has been removed, and so has the distinction between calendar months.)
Unlike some skewed, horrendously inaccurate charts you might see in climate change denying blogs, this one is the real McCoy, accurately depicting global lower atmospheric temperature trends since inception in 1979. Note the warming trend. There were big, warm spikes in the record El Nino years of 1998 and 2016. We are currently in one of the nadirs or downturns on this wavy chart. Dr. Spencer used to be an ardent climate change denialists. Where is he now on the issue given his own observations? Why it’s step #5 written by my friend Edgar: The problem is real, our fault, we can do something, but it isn’t that big of a problem. Evidently Dr. Spencer is in the process of changing his mind, which can be quite hard looking at his site:
http://www.drroyspencer.com/about/
It’s very hard for people to admit that they were wrong on any issue. Yours truly has had to eat crow on several weather forecasting occasions. Even more so on the whoppers like climate change, people hate to admit error. Perhaps when hit with reality not in keeping with one’s world view mental paralysis occurs. John Coleman, a fine man who I have met who was founder of The Weather Channel where I had a thirty-one year career, was a brilliant man, but never came to terms with the warming trend since 1980, which was part of climate change. High intelligence doesn’t necessarily mean that an individual can navigate through the five states of denial. Sigh.
………………………………………………………………………………………………………………
I’m sure that Mr. Coleman would be awestruck at the four, now countem’ four, nor’easters this March. There have been five since January 1st, with one occurring in early January. Now The Weather Channel has named the latest eastern beast Toby:

In other weather news. Another winter storm is headed for the Mid-Atlantic and Northeast. Winter Storm #Toby. 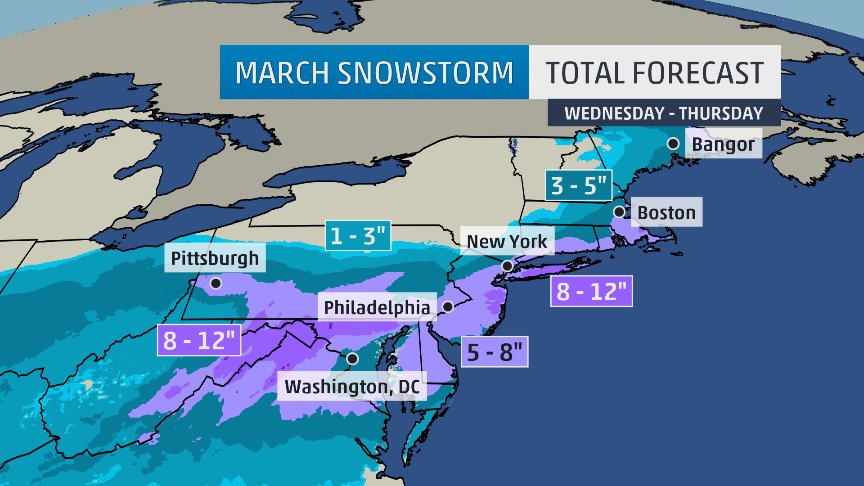 1:40 PM – 19 Mar 2018
For more on how these March nor’easters are climate change related see:
https://guyonclimate.com/2018/03/15/extreme-temperature-diary-march-14-2018-more-global-warming-more-blizzards/
On the other coast, we could see some more scar burn life-threatening flooding and runoff from a western storm: 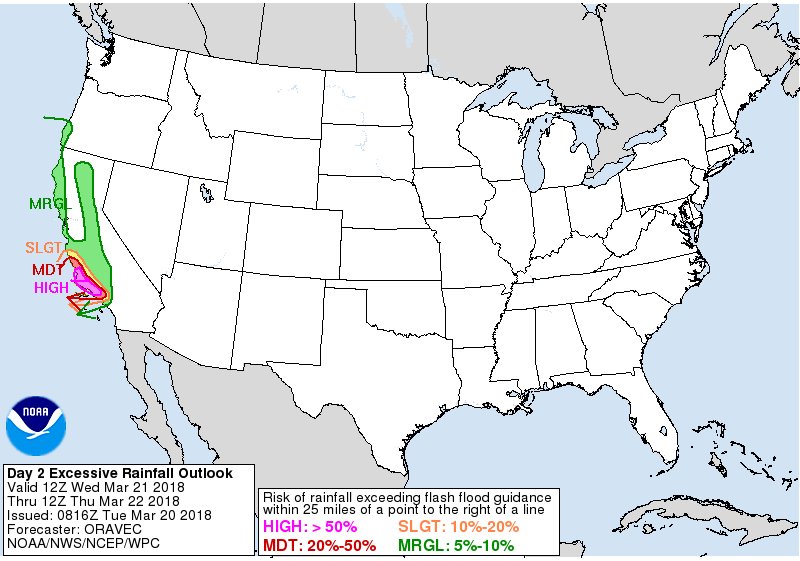