Friday March 30th… Dear Diary. The main purpose of this ongoing post will be to track United States extreme or record temperatures related to climate change. Any reports I see of ETs will be listed below the main topic of the day. I’ll refer to extreme or record temperatures as ETs (not extraterrestrials)😊. Here is today’s main climate change related topic:

As many of my readers know the Arctic had a surprising if not shockingly warm winter, opening many eyebrows in the climate world among experts. So, what did all of that anomalous warmth due to one of the planet’s natural refrigerators, Arctic sea ice? Unfortunately the report card isn’t good as sea ice extent has already reached its maximum extent and is beginning to decline, as would be expected going into spring. The last time I presented sea ice data was in early February:

First, as I alluded to the Arctic had an exceptionally warm winter:

According to Berkeley Earth, the winter we just finished was the warmest ever observed in the Arctic, with seasonal average temperature more than 4 C (7 F) above normal. 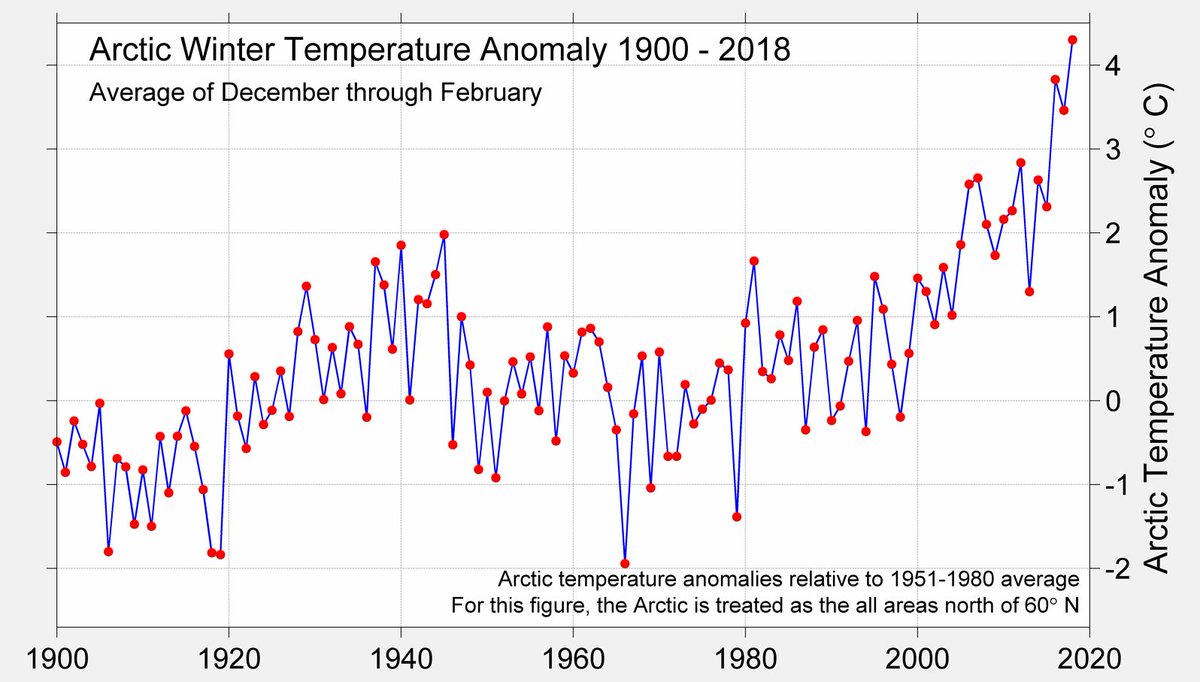 So, what did this extra warmth do to the volume of Arctic sea ice? Here is your answer:

This winter many of the critical sea ice regions averaged 5-10 C (9-18 F) warmer than normal. 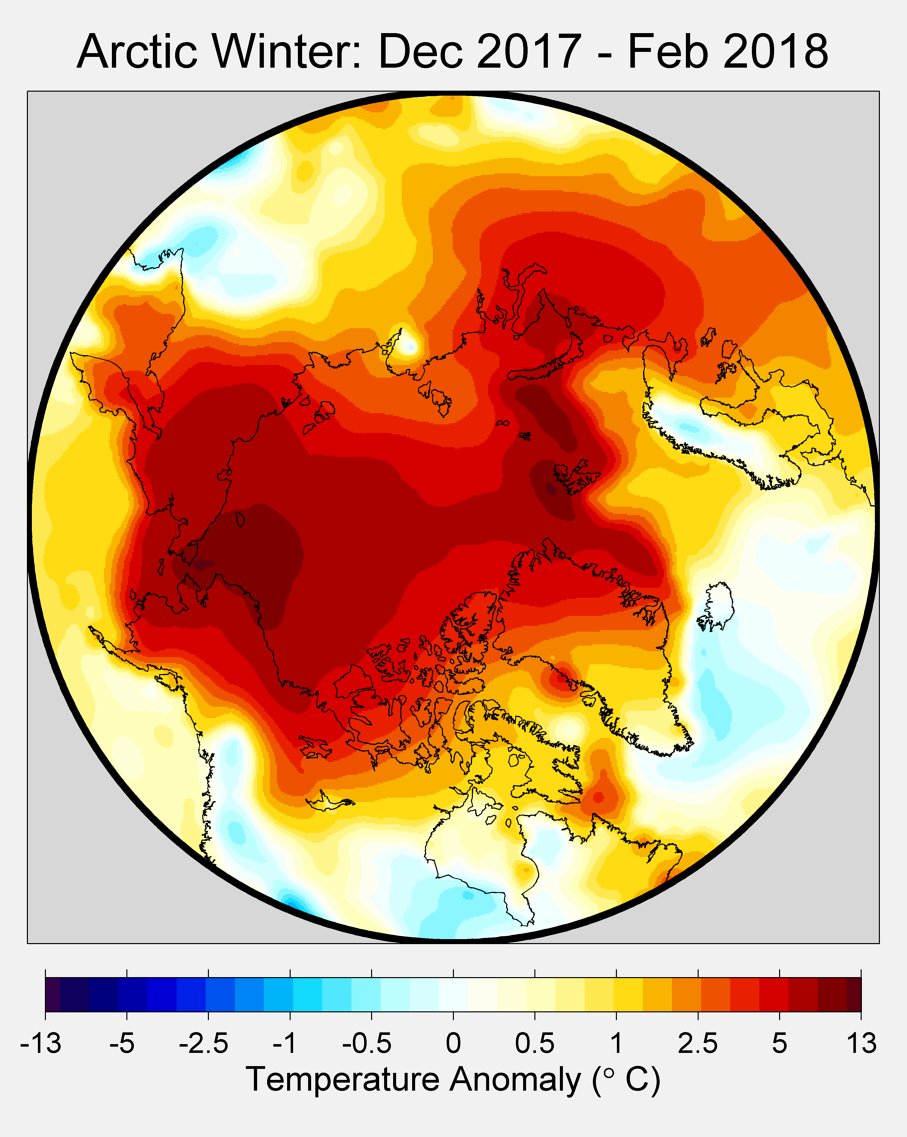 I’ll give this report an F+ since it wasn’t the all-time lowest volume recorded. It’s a little surprising that the lowest volume wasn’t recorded due to relatively  warm air temperatures. Next, let’s look at Arctic sea areal ice extant. For this purpose I’ll use sea ice expert Zack Labe’s data:

The @NSIDC (SSMIS, DMSP F-18) have also released their official rankings for the annual sea ice maximum – 2nd lowest on record. A preliminary summary can be found at @NSIDC_ArcticIce: http://nsidc.org/arcticseaicenews/2018/03/arctic-sea-ice-maximum-second-lowest/ …

Well let’s give this report an F+ also. The report for 2017 would have received an F. The Bering Sea was particularly hit hard this year: 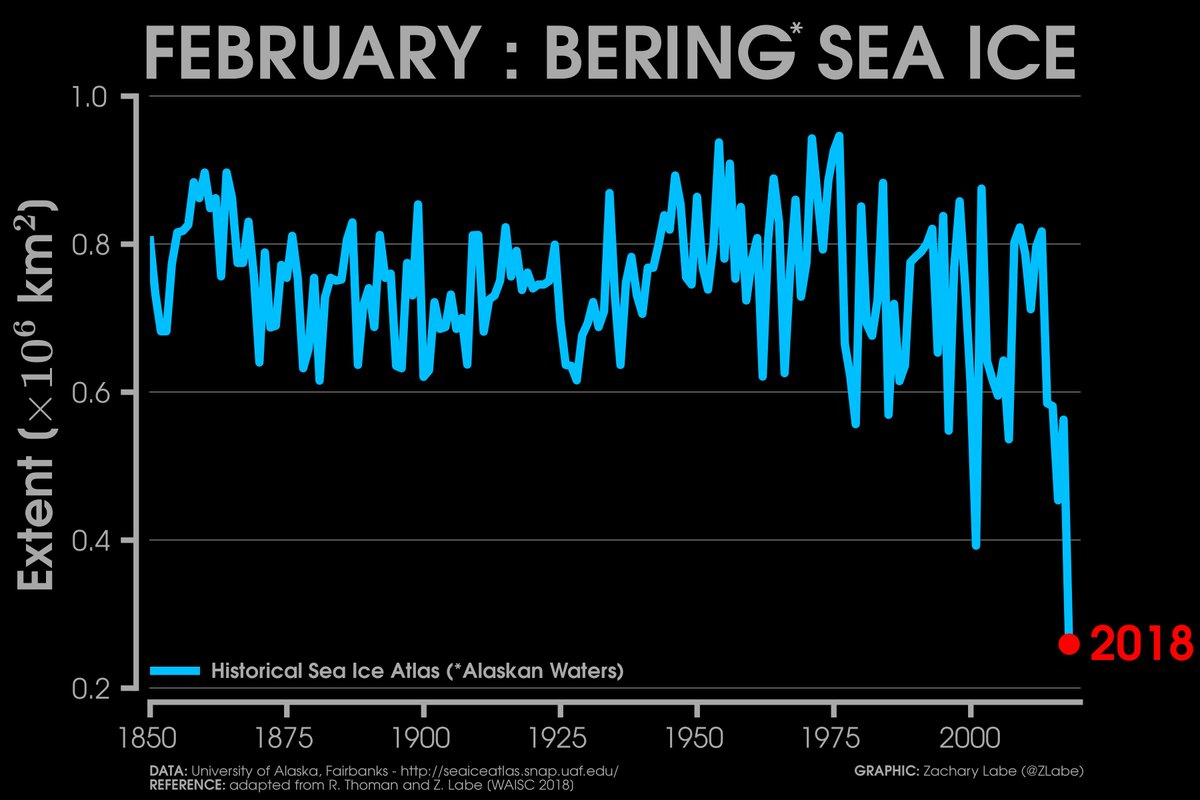 Little to no improvement in the Bering sea ice condition this month – “warm” ocean waters and anomalous southerly flow. #WAISC2018 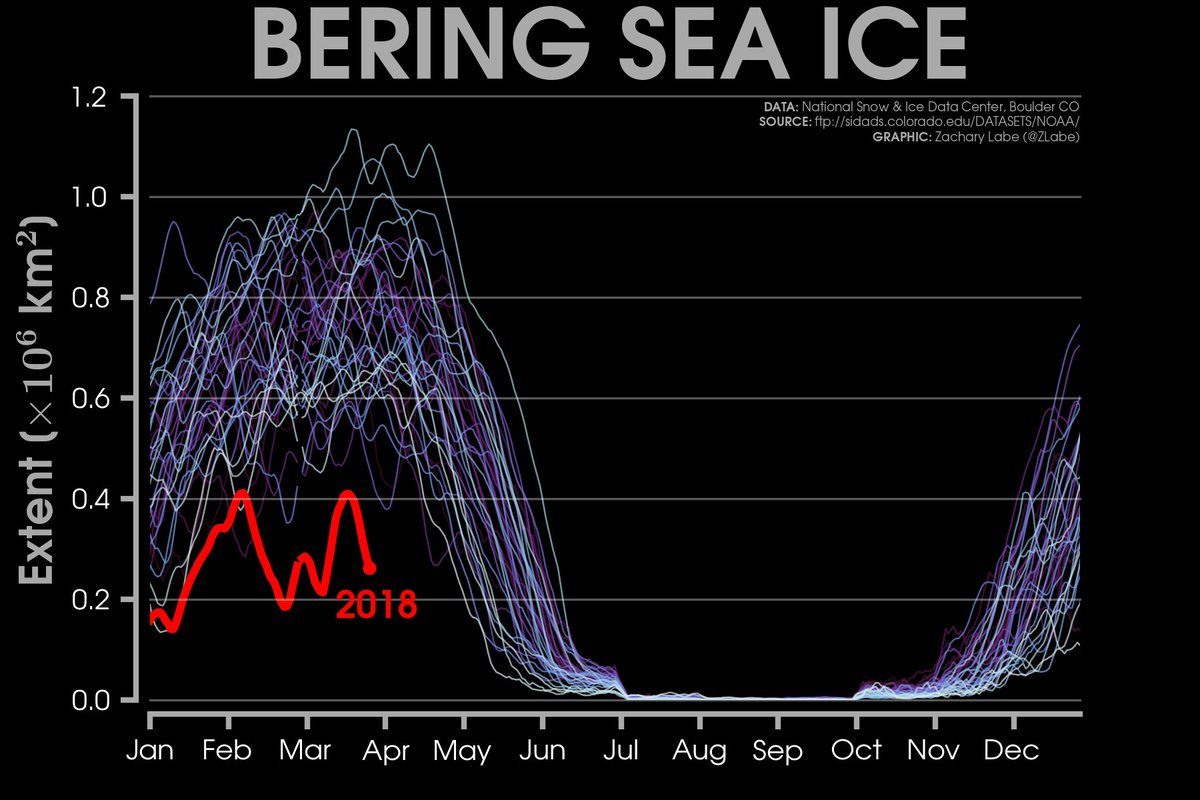 “There has been nothing like this since 1850.”  @AlaskaWx  describes the lack of #seaice in the #BeringSea this year @NWSFairbanks @northlatitudes 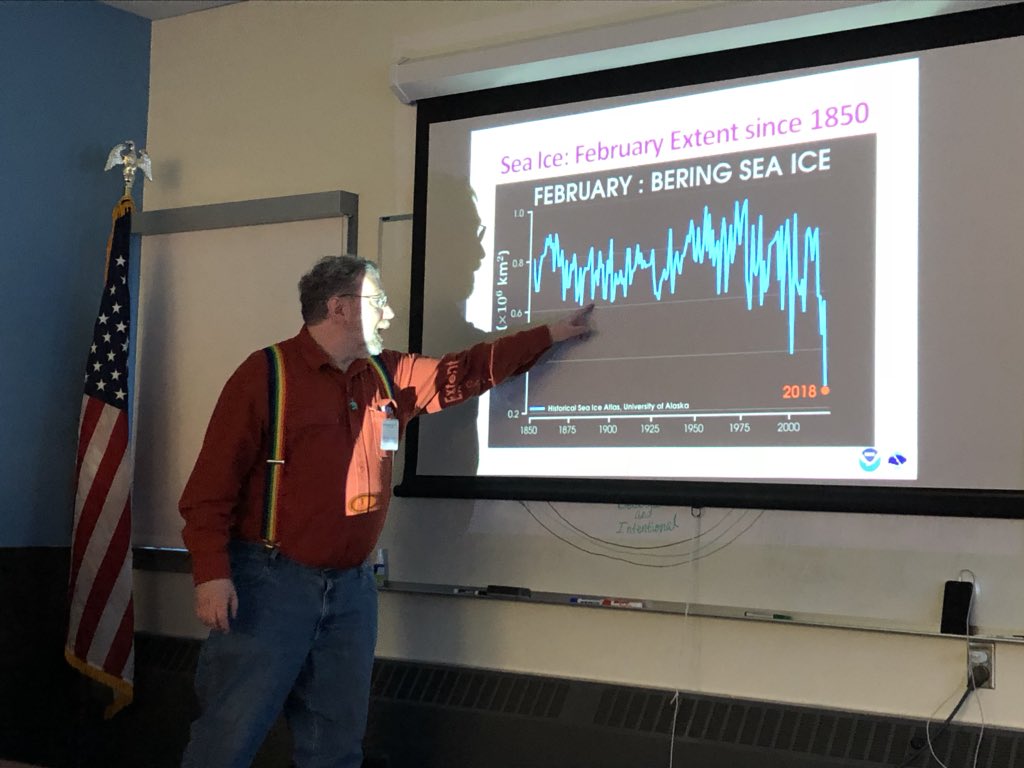 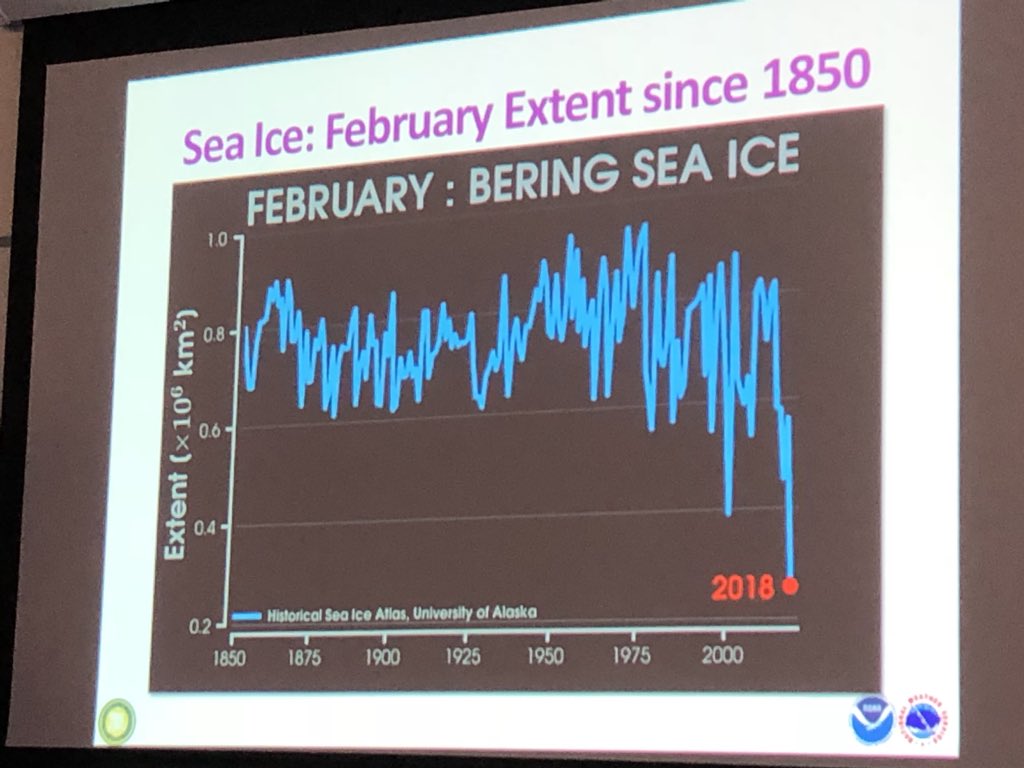 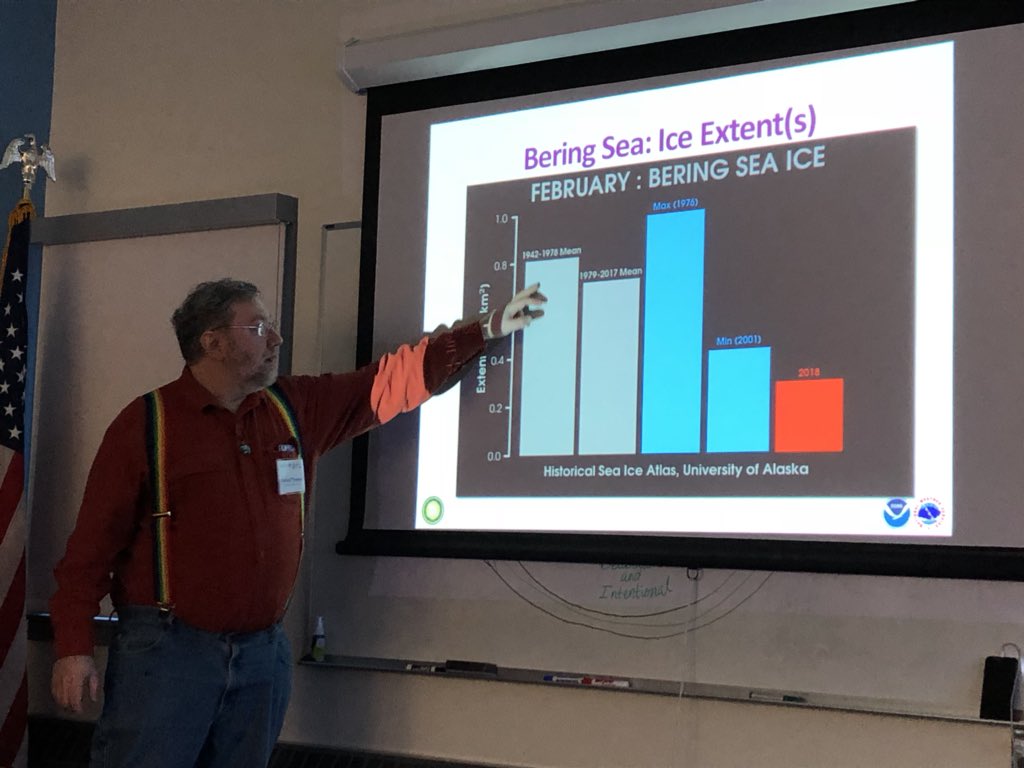 9:29 AM – 25 Mar 2018
The most interesting but alarming facet to this rapidly changing cryosphere is the ramifications for anomalous winter weather linking declining sea ice area to the weather controlling polar vortex. New, young researchers like Zack Labe and Daniel Swain will have their hands full moving into the 2020s:

A comprehensive #openaccess report on the relationships and potential connections between Arctic climate and mid-latitude weather is available today from @USCLIVAR. 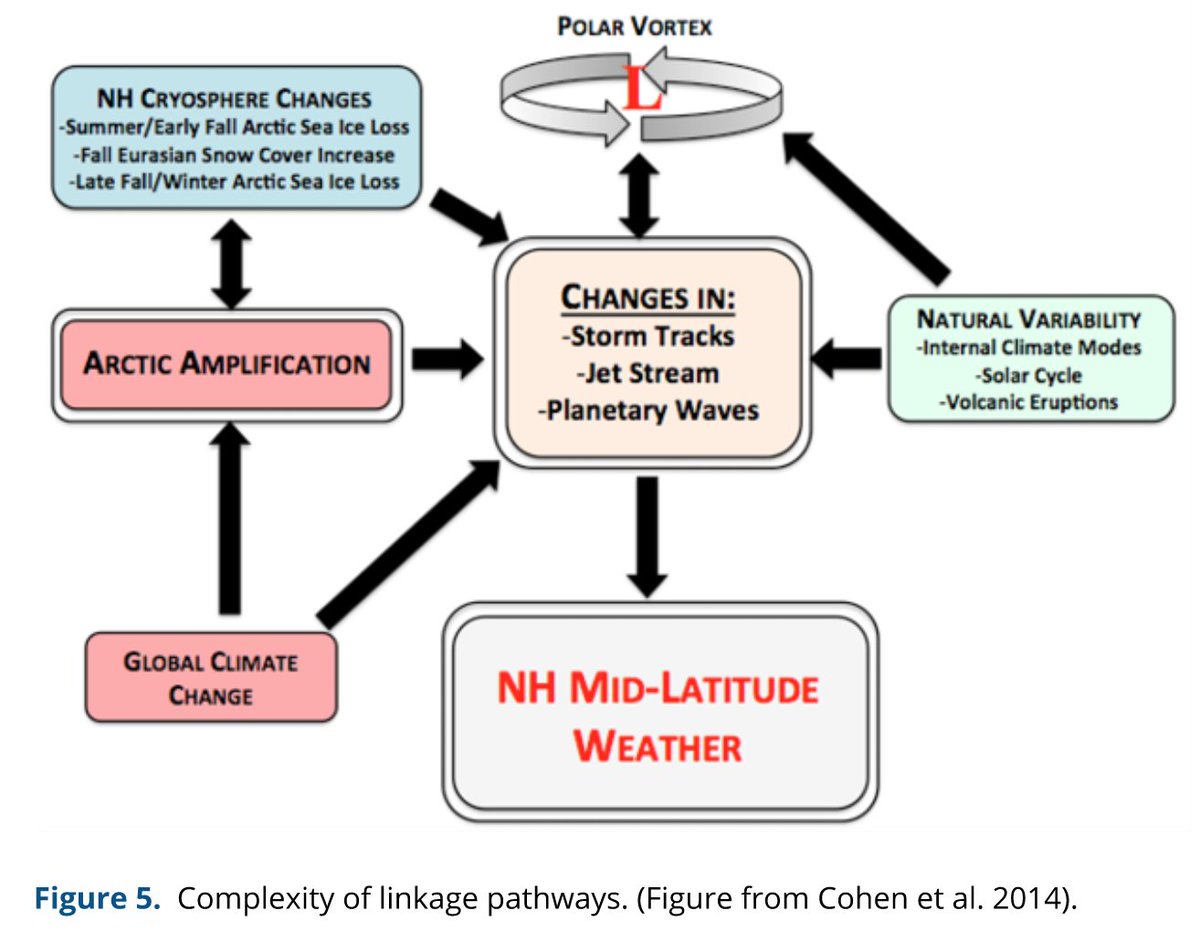 All in all carbon pollution is doing a real number on Earth’s natural air conditioners both at the North and South Pole, and we are all getting Fs for not doing enough to prevent a real climate tragedy via sea level rise to unfold this century.

The West has gotten very warm recently. Here are some ET’s from yesterday out of the San Francisco Bay area:

Several daily high temperature records were broken or tied today across the region. 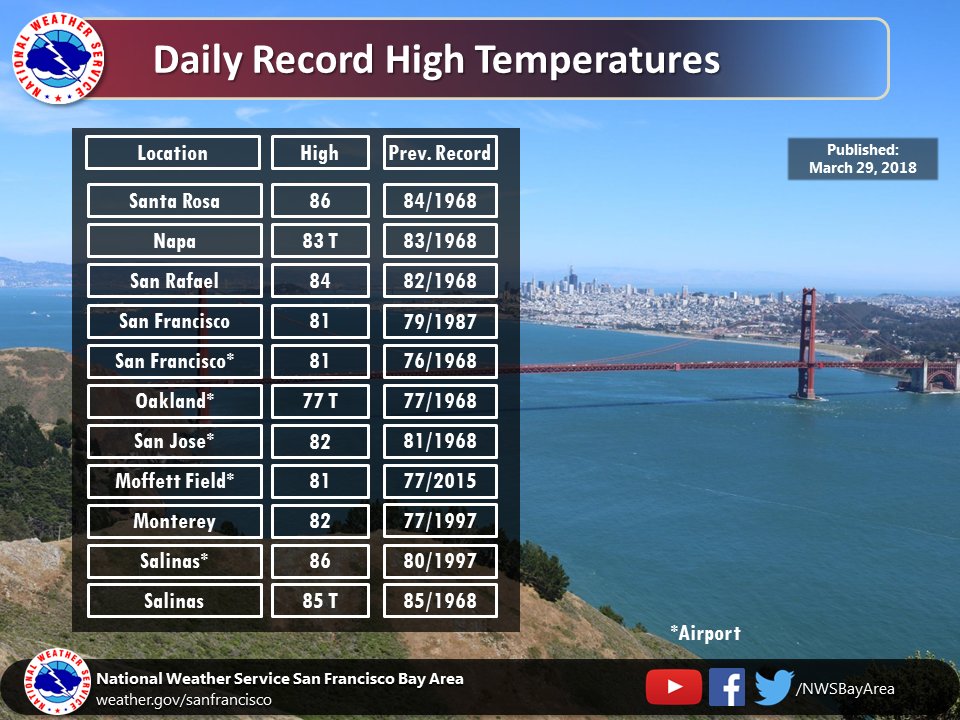 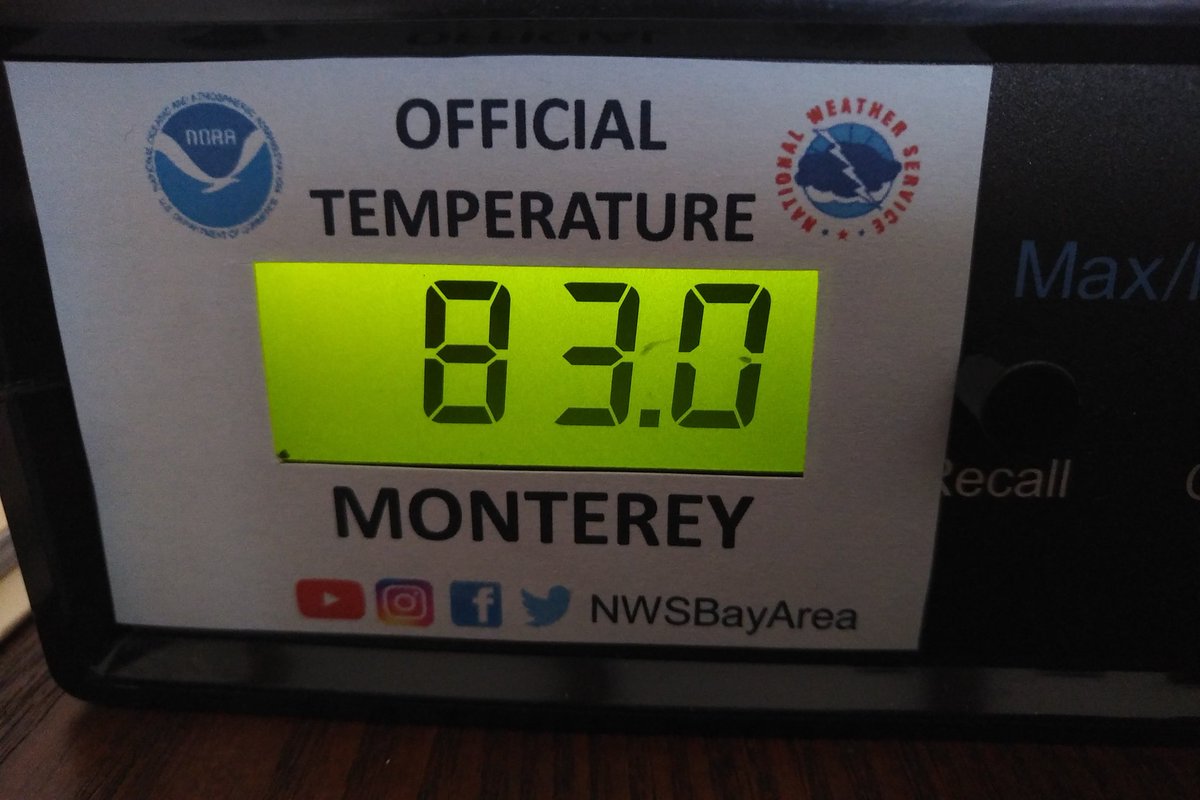