Monday April 2nd… Dear Diary. The main purpose of this ongoing post will be to track United States extreme or record temperatures related to climate change. Any reports I see of ETs will be listed below the main topic of the day. I’ll refer to extreme or record temperatures as ETs (not extraterrestrials)😊. Here is today’s main climate change related topic:

There is a relatively new term bandied about the climate world, clifi short for Climate Fiction, which is an effort by writers to educate in an entertaining manor the science of climate change. Climate Fiction, defined here by Wikipedia https://en.wikipedia.org/wiki/Climate_fiction is “literature that deals with climate change and global warming.  Not necessarily speculative in nature, works of cli-fi may take place in the world as we know it or in the near future. University courses on literature and environmental issues may include climate change fiction in their syllabi.[3] This body of literature has been discussed by a variety of publications, including The New York Times, The Guardian, and Dissent magazine, among other international media outlets.”

Although the term “cli-fi” came into use in the late 2000s to describe novels and movies that deal with man-made climate change, historically, there have been any number of literary works that dealt with climate change as a natural disaster. One example is Jules Verne‘s 1889 novel The Purchase of the North Pole, which imagines a climate change due to tilting of Earth’s axis. In his posthumous Paris in the Twentieth Century, written in 1883 and set during the 1960s, the titular city experiences a sudden drop in temperature, which lasts for three years.[5] Several well-known dystopian works by British author J. G. Ballard deal with climate-related natural disasters: In The Wind from Nowhere (1961), civilization is reduced by persistent hurricane-force winds, and The Drowned World (1962) describes a future of melted ice-caps and rising sea-levels caused by solar radiation.[6] In The Burning World (1964, later called The Drought) his climate catastrophe is human-made, a drought due to disruption of the precipitation cycle by industrial pollution.[7]

As scientific knowledge of the effects of fossil fuel consumption and resulting increase in atmospheric CO2 concentrations entered the public and political arena as “global warming“,[8] fiction about the problems of human-induced global warming began to appear. Susan M. Gaines‘s Carbon Dreams was an early example of a literary novel that “tells a story about the devastatingly serious issue of human-induced climate change,” set in the 1980s and published before the term “cli-fi” was coined[9] Michael Crichton‘s State of Fear (2004), a techno-thriller portrays climate change as “a vast pseudo-scientific hoax” and is critical of scientific opinion on climate change.[10]

Margaret Atwood explored the subject in her dystopian trilogy Oryx and Crake (2003), The Year of the Flood (2009) and MaddAddam (2013).[11] In Oryx and Crake Attwood presents a world where “social inequality, genetic technology and catastrophic climate change, has finally culminated in some apocalyptic event”.[12] The novel’s protagonist, Jimmy, lives in a “world split between corporate compounds”, gated communities that have grown into city-states and pleeblands, which are “unsafe, populous and polluted” urban areas where the working classes live.[13]

The popular science-fiction novelist Kim Stanley Robinson focused on the theme in his Science in the Capital trilogy, which is set in the near future and includes Forty Signs of Rain (2004), Fifty Degrees Below (2005), and Sixty Days and Counting (2007). Robert K. J. Killheffer in his review for Fantasy & Science Fiction said “Forty Signs of Rain is a fascinating depiction of the workings of science and politics, and an urgent call for us to pull our heads from the sand and confront the threat of climate change.”[14] Robinson’s latest climate-themed novel, titled New York 2140, was published in March 2017.[15]

Ian McEwan‘s Solar (2010) follows the story of a physicist who discovers a way to fight climate change after managing to derive power from artificial photosynthesis.[16] The Stone Gods (2007) by Jeanette Winterson is set on the fictional planet Orbus, a world very like Earth, running out of resources and suffering from the severe effects of climate change. Inhabitants of Orbus hope to take advantage of possibilities offered by a newly discovered planet, Planet Blue, which appears perfect for human life.[17]

Other authors who have used this subject matter include Liz Jensen, Tony White, and Sarah Holding.[19]

Clifi melds fiction with probable or possible future outcomes due to carbon pollution. This year Dr. Michael Mann has published a delightful book targeted for a very young audience. I would definitely concur that climate education can start when children are barely old enough to read. After all, children learn language skills at a very young age, sometimes becoming tri-lingual if given the opportunity before age five. Here is a social media advertisement for the “Tantrum that Saved the World:”

Finally collected my copy @megan_herbert @MichaelEMann. It is awesome. Thank you for doing this! Proud to have contributed to the crowdfunding of this book : The Tantrum That Saved The World @TantrumBook. Looking for it all over the 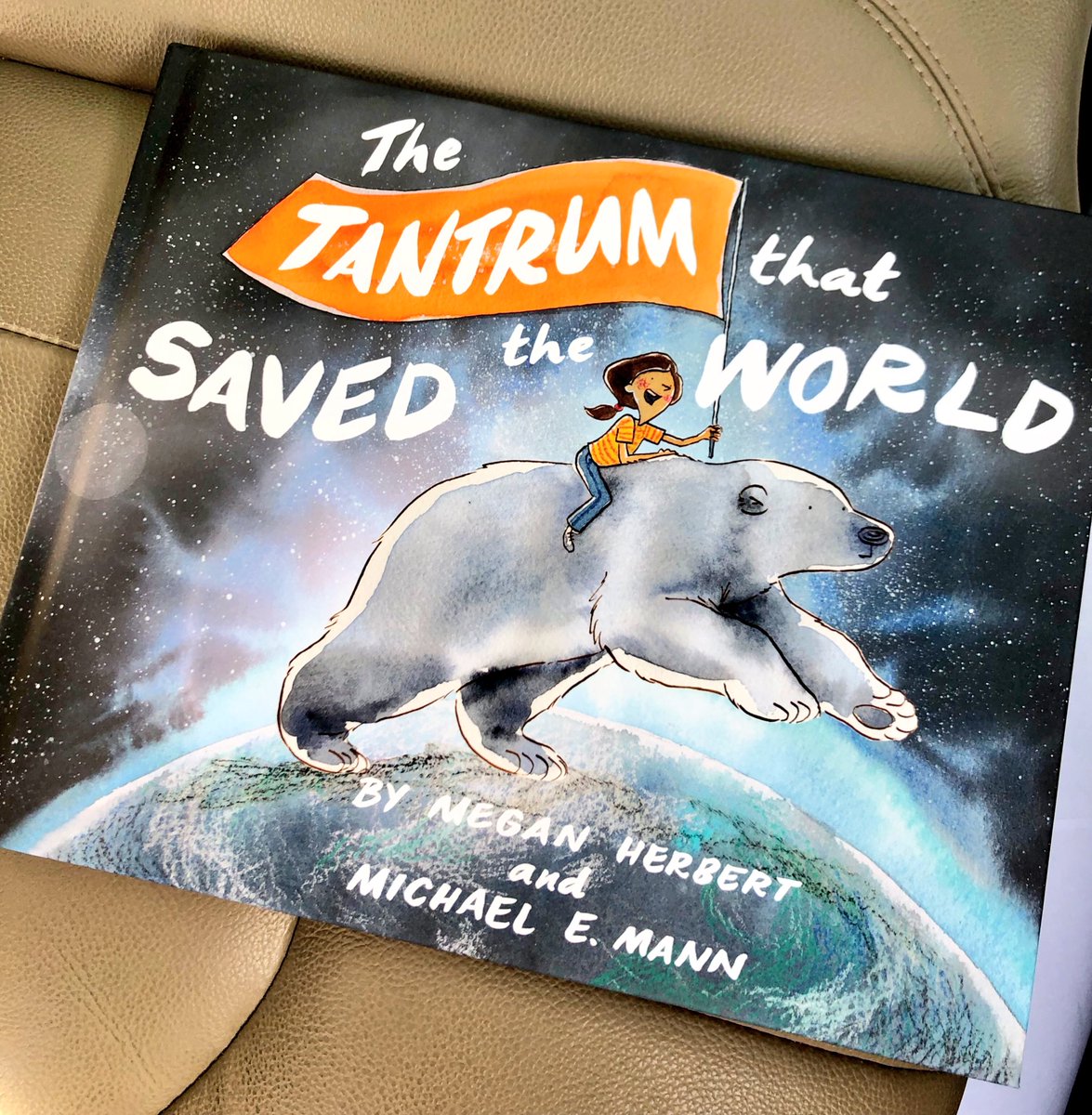 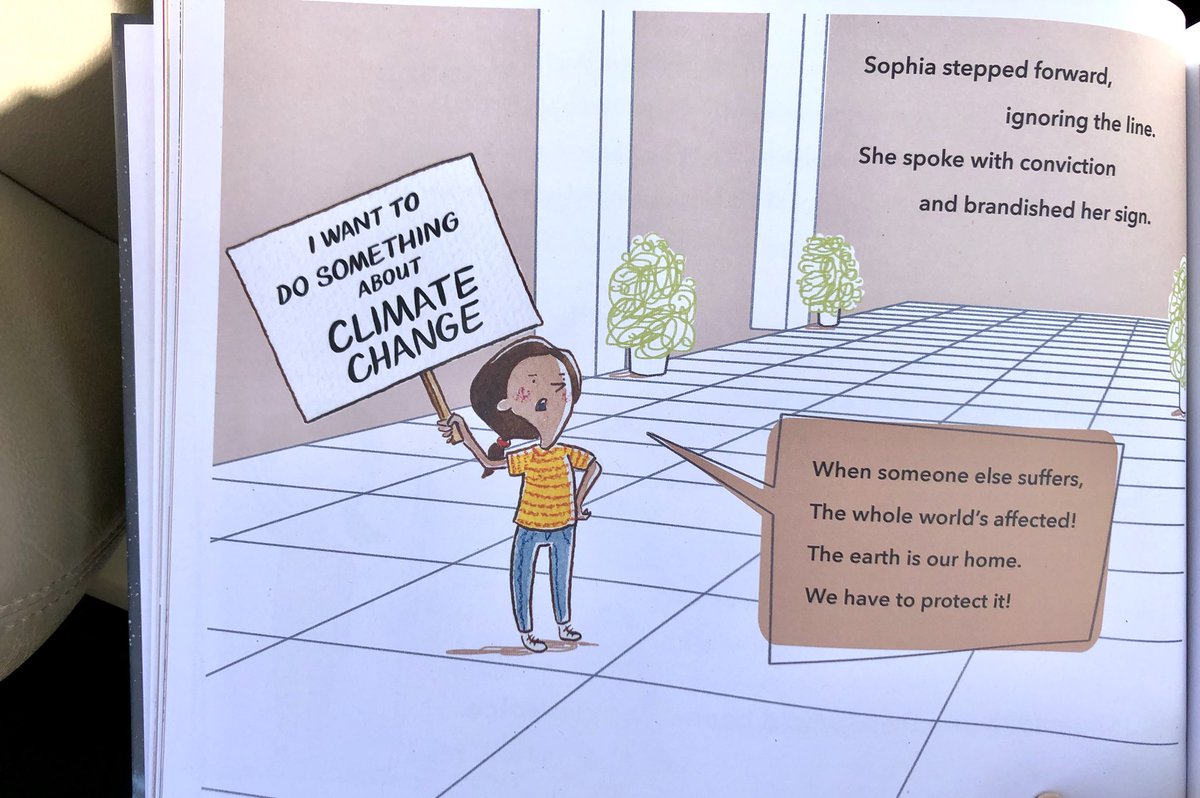 I was highly influenced to write an educational climate book after I read Dr. Heidi Cullen’s dystopian book, The Weather of the Future, published in 2011, which paints a dire but logical future of a word in which greenhouse gasses are not put into check. It dawned on me to create a book for “tweens” much like that of Harry Potter melding weather with the history of climate science through cute characters to get young people interested in the future of their world. I started writing Word of Thermo off and on in 2013, got the thing initially illustrated in 2016, then fortuitously got some interest from Nick Walker, one of my former associates at The Weather Channel. Nick is now my co-author and has highly improved the prose and text within Thermo, making the work much more interesting for young readers. We are still trying to improve World of Thermo, the story of the adventures of Thermo the Flying Thermometer, but essentially are at the point for looking for agents to finish the publishing process: 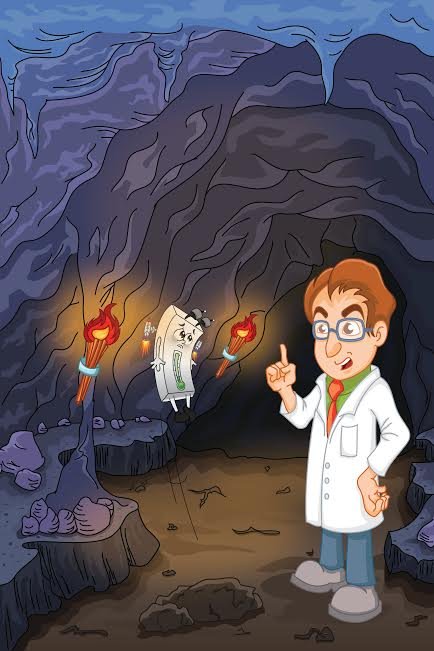 10:51 AM – 2 Apr 2018
I hope someone in the literary world reading this can help. The first 20 illustrated chapters in rough draft form of World of Thermo can be found on this site here: https://guyonclimate.com/category/worldofthermo/
………………………………………………………………………………
Brrr! In the wake of snow and in association with a very cold air mass for early April the “cold team” is raking up some ET points:
https://www.wunderground.com/cat6/review-snow-season-2017-18-hint-its-not-over-yet
In the wake snow, there were some impressively cold temperatures on Sunday night where clear skies and calm winds allowed for ample radiation to space from atop the snowpack. Kirksville, MO, set an all-time low for April with 5°F early Monday. The previous record of 8°F was set on Apr. 1, 1899, and Apr. 5, 1920. There were at least three readings below 0°F in Illinois, including -1°F at Macomb. The state had seen only two other cases of sub-zero cold in any previous April, according to climatologist Brian Brettschneider.

The  -1°F temperature at Lincoln, IL, is the most southerly sub-zero reading in the month of April for any station between western Kansas and eastern W. Virginia in the climate record. @NWSLincolnIL 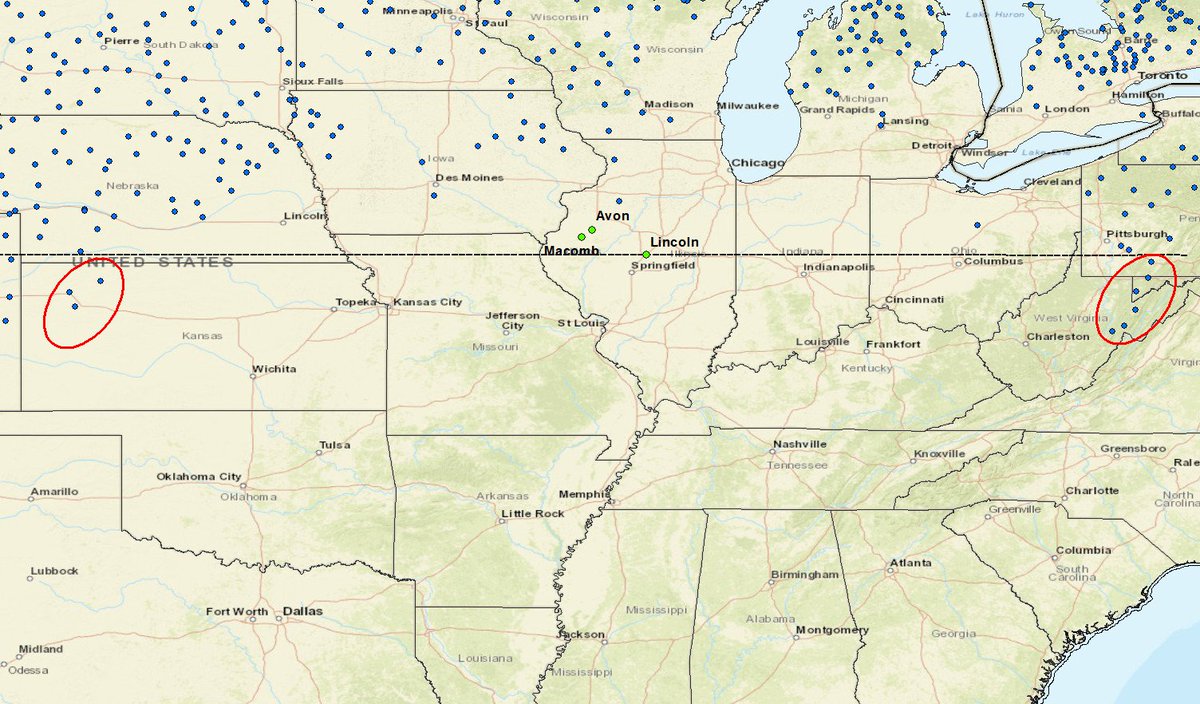 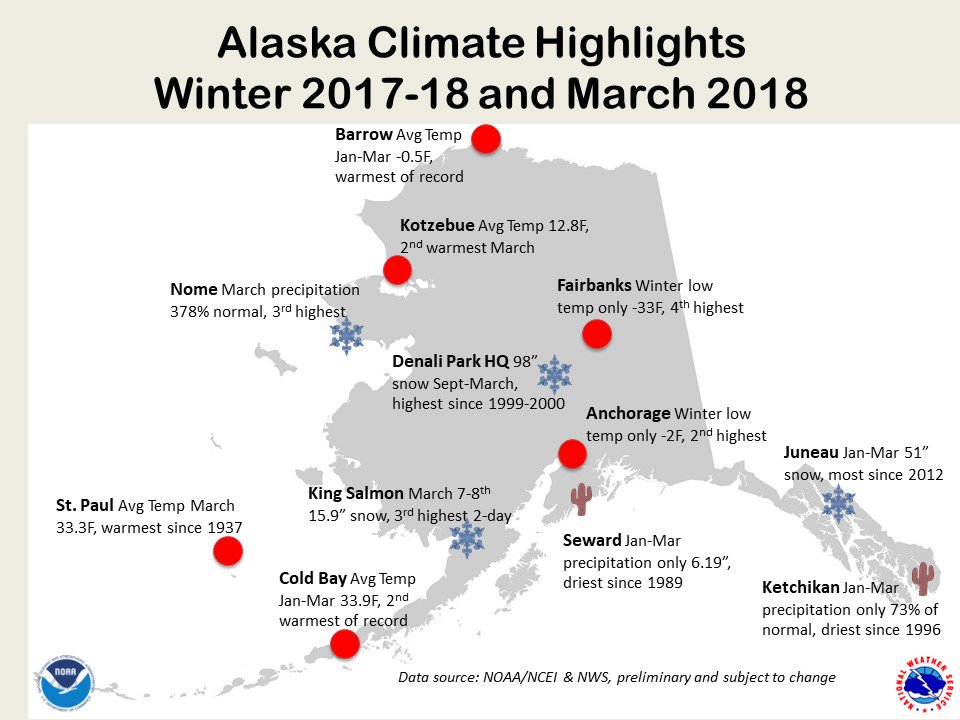 3:00 PM – 2 Apr 2018
(If you like these posts and my work please contribute via the PayPal widget, which has recently been added to this site. Thanks in advance for any support.)