Saturday April 14th… Dear Diary. The main purpose of this ongoing post will be to track United States extreme or record temperatures related to climate change. Any reports I see of ETs will be listed below the main topic of the day. I’ll refer to extreme or record temperatures as ETs (not extraterrestrials)😊. Here is today’s main climate change related topic:

Do many of you remember the “climate science fiction or cli-fi” movie the Day After Tomorrow from 2004? In the plot there was a nearly instantaneous ice age brought about by a disruption of the warming Gulf Stream flowing northward towards Greenland. I was snickering through the entire film because it got many meteorological and climatological details so wrong, although I was quite entertained. Over a decade later in the real world there are signs that ocean circulations are slowing down more than forecast due to polar ice melt, which is also alarmingly happening faster than most predictions of just a few years ago. Here is what the leading climate expert, Dr. Michael Mann has to say on the subject: 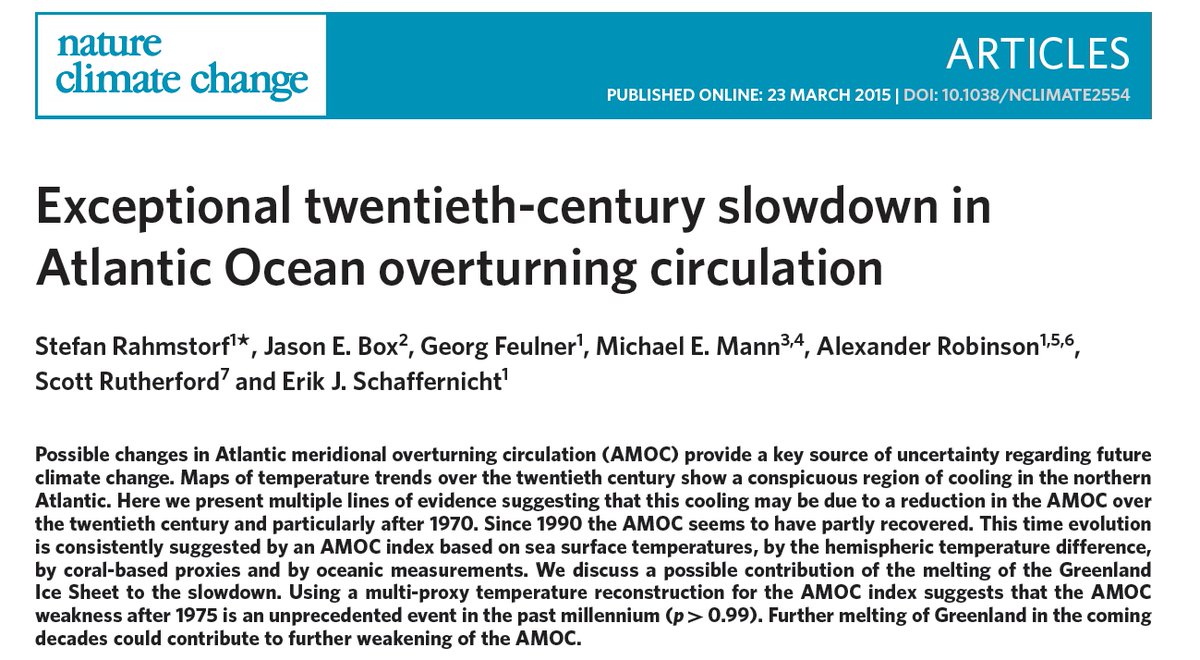 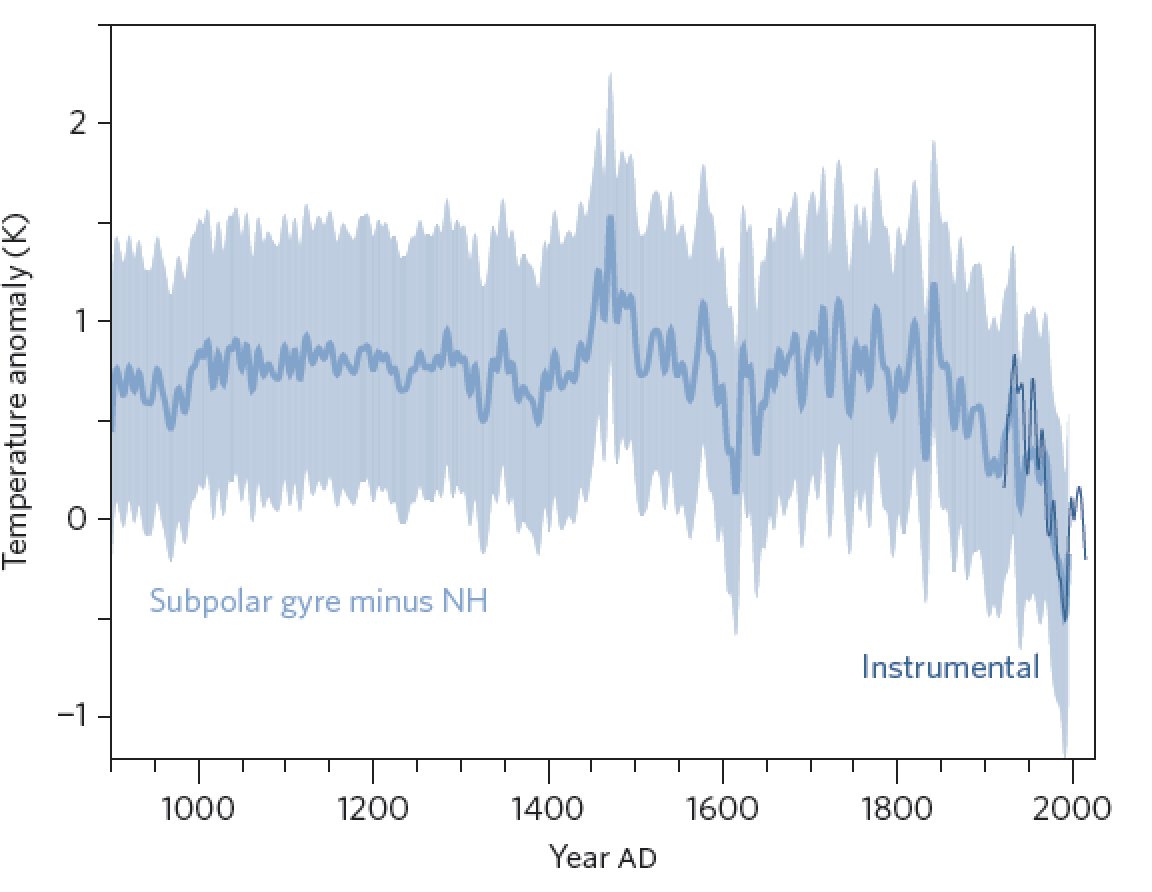 “I think we’re close to a tipping point,” climatologist @MichaelEMann told ThinkProgress in an email. The #AMOC slow down “is without precedent” in more than a millennium he said, adding, “It’s happening about a century ahead of schedule relative to what the models predict.”

Michael E. MannVerified account @MichaelEMann
“Dangerous climate tipping point is ‘about a century ahead of schedule’ warns scientist” by Joe Romm of @ThinkProgress/@ClimateProgress: https://thinkprogress.org/climate-tipping-point-century-ahead-of-schedule-warns-scientist-06d633f968fc/
5:40 AM – 14 Apr 2018
Quoting from the Think Progress article:

The impacts of such a slowdown include much faster sea level rise — and much warmer sea surface temperatures — for much of the U.S. East Coast. Both of those effects are already being observed and together they make devastating storm surges of the kind we saw with Superstorm Sandy far more likely.

The findings come in two new studies published this week. One study published in the journal Nature, titled “Observed fingerprint of a weakening Atlantic Ocean overturning circulation,” was led by the Potsdam Institute for Climate Impact Research. It finds that the AMOC has weakened “around 15 per cent” since the mid-twentieth century, bringing it to “a new record low.”

Another new study in the same issue of Nature “supports this finding and places it in a longer climate history context,” as Potsdam’s Stefan Rahmstorf notes at RealClimate.

The AMOC slowdown has begun warming up the waters off the mid-Atlantic and NE coast. CREDIT: Potsdam Institute and Think Progress

Essentially we have here with the AMOC is another of my “how bad, how fast” issues in association with climate change. Will the AMOC start throwing Europe into a mini ice age or at the very least disrupt their mild climate at fairly high latitudes? This author has his doubts, but I’m learning more about the subject with time, and that knowledge has me worried. I do know that fresh, saline free meltwater is pouring into the North Atlantic from Greenland and elsewhere at an increasing rate.

The Washington Post also picked up on this week’s assessments: https://www.washingtonpost.com/news/energy-environment/wp/2018/04/11/the-oceans-circulation-hasnt-been-this-sluggish-in-1000-years-thats-bad-news/?utm_term=.ae7bcd234717
Quoting from the Washington Post article:
This is “something that climate models have predicted for a long time, but we weren’t sure it was really happening. I think it is happening,” said one of the study’s authors, Stefan Rahmstorf of the Potsdam Institute for Climate Impact Research in Germany. “And I think it’s bad news.”
Also: “The circulation is also critical for fisheries off the U.S. Atlantic coast, a key part of New England’s economy that have seen changes in recent years, with the cod fishery collapsing as lobster populations have boomed off the Maine coast.”
Other climate scientists who I respect aren’t so sure that the slowing of the AMOC is a big deal:

My latest for @grist: A debunk of this week’s overheated news of an Atlantic Ocean circulation cool-down. 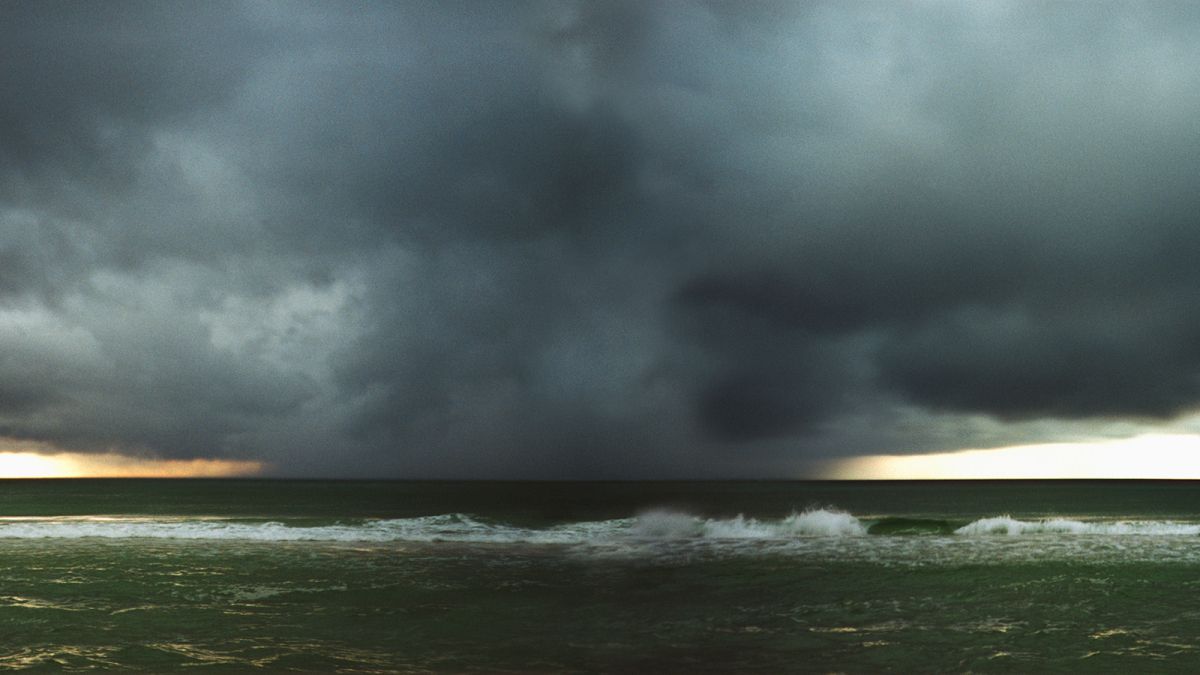 Deep breaths, people. The truth isn’t quite so scary.

For starters, these results aren’t especially new. Similar work in 2015 showed largely the same thing — a slowdown coinciding with the rise of industrial civilization. Sure enough, a persistent cool spot has started to appear over the North Atlantic in recent years, just south of Greenland, exactly where we’d expect one if a slowdown was underway.

In phone and email conversations with Grist, the lead authors of both papers as well as outside experts strongly cautioned against making too much of the new research.

“I would not call it a global catastrophe,” says Levke Caesar, a physicist at Germany’s Potsdam Institute for Climate Impact Research and lead author of the first paper.

David Thornalley, a geographer at University College London and lead author of the second paper, mostly agrees. He says the best data available suggests that most likely the Atlantic Ocean’s circulation will gradually weaken over the next century. While that doesn’t rule out a collapse scenario, he says, “We don’t know how close we are to a tipping point.”

Other experts who study the Atlantic Meridional Overturning Circulation (AMOC), the scientific name for this phenomenon, say that recent news coverage has twisted their colleagues’ work out of context.

Isabela Astiz Le Bras, a physical oceanographer at Scripps Institution of Oceanography in San Diego, says that direct measurements of the AMOC taken over the past 20 years “do not reflect the reported trends” that media coverage has latched on to. That’s partly because the new papers rely on indirect approximations, or proxies, of the AMOC.

“It seems like the uncertainty has been underplayed in the media, and the implications blown out of proportion, which is unfortunate,” Le Bras says.

Here is  another perspective on the AMOC published today: https://www.newamericanjournal.net/2018/04/new-studies-show-gulf-stream-slowing-as-hurricane-season-2018-approaches/

Here is a video from the American Journal article with an explanation of the slowing circulation:

In any case, it will be fascinating to see how the internal climate community debate on AMOC plays out as observations during the next few years come in from the Atlantic. I only have one more point here. We need reliable data that perhaps can be offered by satellites to see exactly how planetary ocean circulations are evolving in association with carbon pollution. We need answers on the AMOC issue for adaption as well as good warnings for the mitigation front.

This massive fire in NW Oklahoma has now burned almost as much ground as the 2017 Thomas Fire (California’s largest on record). 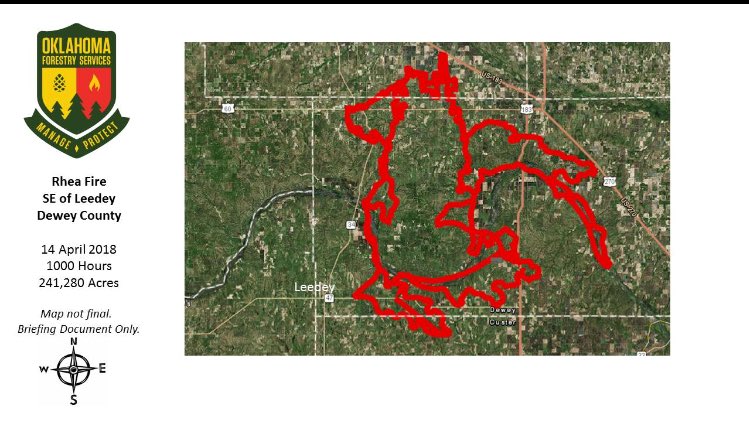 Ag Community Relief @AgComRelief
Rhea Fire UPDATE: 241,280 acres and  3% contained. Over 500 firefighters continue to battle this large fire. #okfire
11:42 AM – 14 Apr 2018
Wow! As I’ve stated before one consequence of climate change going from cold to warm season’s and vice a versa are wild fluctuations in temperatures:

Compare temperatures over Oklahoma Thursday afternoon to windchills Saturday morning …a day and a half later. #okwx 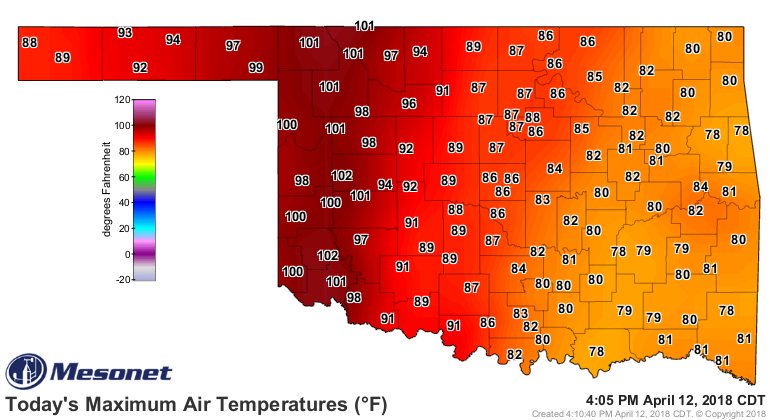 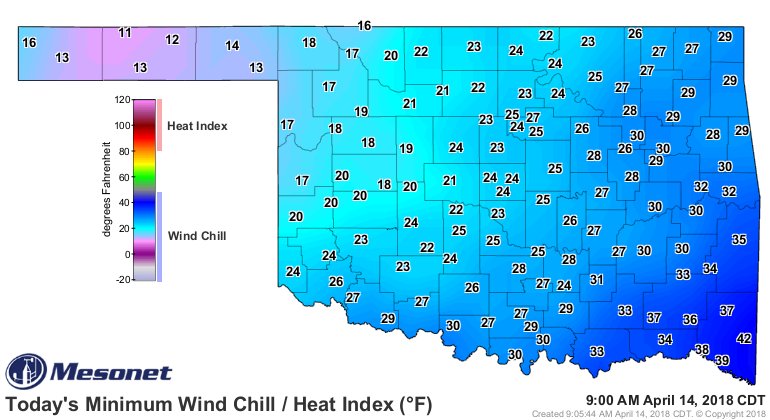 I may add pertinent ET messages to this post later today in the space below.