Monday June 4th… Dear Diary. The main purpose of this ongoing post will be to track United States extreme or record temperatures related to climate change. Any reports I see of ETs will be listed below the main topic of the day. I’ll refer to extreme or record temperatures as ETs (not extraterrestrials)😊. Here is today’s main climate change related hot topic:

Today I noted that several people following the climate issue were encouraging others to keep fighting the good fight in a very human, emotional manner. Often we as scientists or writers come off as elitists, dishing out information in a very sterile way, detached from emotion like Mr. Spock. Sometimes we need to look in the mirror and realize that what we are doing, particularly on the climate issue, is for all mankind, not just for those in our own little logical enclave patting each other on the back for knowing more than most. On this post I’m just going to relate some comments by those who are truly frightened by global warming and are trusting that scientists will win the day in this political environment. It’s time for us Spocks to break a smile or perhaps shed a tear.

Some scientists like Dr. Michael Mann and Dr. Katherine Hayhoe get it, communicating their thoughts in a very relatable manner on social media. For others communication is much harder. After all, we are all human including scientists. In my case writing in a way that people know I am empathizing with them instead of wagging my finger preaching can be tough. I do have a wickedly sarcastic side.😉 All of us knowing the potential of what may happen due to carbon pollution need to bring as many people as possible into the fold of truth, not turn some off because we are perceived as know it all elitists. Sometimes we may come across as too harsh, scaring people to inaction making them throw up their hands in dismay. Sometimes we might not be getting angry enough lulling some to inaction. We are all trying to proverbially walk a tight wire, balancing information on our heavy, responsible shoulders communicating in such a way that people will emotionally react in the best manner to handle the climate crisis.

Here are some of the messages I saw today:

Many do people care, this is true. But many of those who do feel helpless and quietly terrified, thus they turn away. This is why we need to work together to spread info and show people they have a voice, must take action, and CAN take action in small and large ways.

People do care. In fact a large majority of people care, and support action to reduce carbon emissions :-). Those who don’t are very loud, greedy, and currently have political control in the U.S.

9:28 AM – 4 Jun 2018
Fraser brings up a very good point, which is the biggest thorn in the side of most climate scientists who don’t want to rest on their findings, spuring all to actively fight global warming. A large segment of the population, particularly in the U.S. that are “loud and greedy,” have got enough control that they threaten worldwide mitigation efforts, and thus the current fairly stable climate of the planet for centuries to come. This minority has gained power since the 1990s despite climate communicator’s and scientist’s best efforts, me included. If someone had gotten in a time machine, gone back to 1990, and told me what a pickle the world would be in due to politics in 2018 surrounding the climate issue I might have been floored to inaction going forward too. I’m optimistic, though, that the majority will wrest control from the minority of the “loud and greedy” permanently once the 2020s begin, particularly in light of what is occurring in the Arctic and the heat around the globe since 2016.

Yale polling continues to affirm my assertion most Americans care about this issue, but, electoral college victory put a minority in control politically.
9:48 AM – 4 Jun 2018
Sometimes in relationships showing someone that you care can bring anger to the surface. My parents fought at times, but in my later years I’ve come to understand that some of the conflict was out of love. Both argued to keep their partner from making perceived bad decisions sometimes having raised voices. Yeah, the planet is getting warm, so at times I too can get boiling mad, pardon the pun. I hope all have heard the term riotous indignation. Sometimes anger is necessary to keep society from making and continuing grave errors. For example, people were in the streets angrily protesting the Vietnam War during the 1960s because they did care. Today’s caring climate protests need to be big and boisterous indeed. 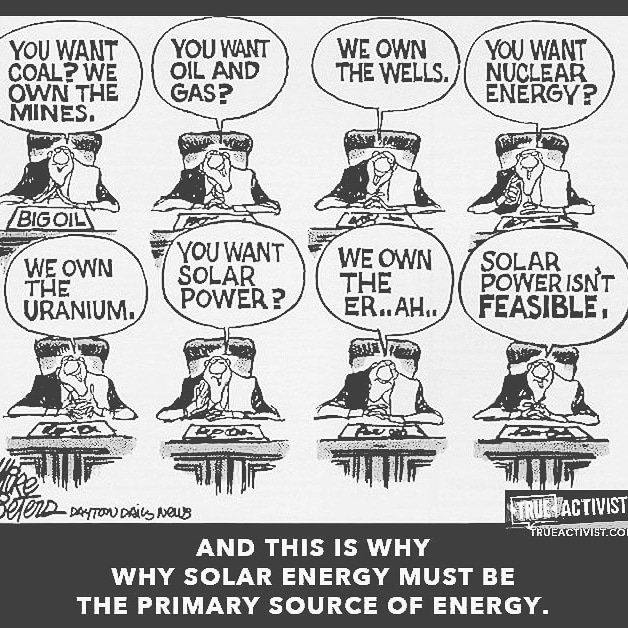 In fact it needs to be very – extremely – easy and comfortable to take action and absolutely essential that others say openly how worried they are but also really act as leaders. The reason for our #100smartways is exactly that. People care because the test been taken 180K+ times
There are two great organizations in the U.S. geared to training worried people of conscience to become good leaders. Initially Al Gore who started the Climate Reality Project and Bill MxKibben of 350.org had to be good communicators, threading that proverbial needle to spur a lot of people to action. Unfortunately the “loud and greedy” have, to a large extent, berated both messengers, dissuading some who might otherwise join in the chorus of climate concern who are on the fence. Many others like Aarne Granlund of Finland are organizing to lead the world towards a greener future despite the politics of the United States.
I also saw today people spurring on efforts to lower or,  if you will, shorten individual carbon footprints. I remember the term “carbon footprint” got in my vocabulary after Dr. Heidi Cullen started her show, The Climate Code which became Forecast Earth, started airing on my former place of business, The Weather Channel, in 2006. Since then I have recycled trash continuously and driven a 2007 hybrid until the wheels about fell off. After becoming a paraplegic in 2015 my footprint became even shorter due to travel limitations. I have gotten discouraged when big SUVs and even Hummers whizzed around my small vehicle, but have continued my green habits knowing that in a small way my smaller carbon footprint might be part of the difference it will take to save humanity from horrendous consequences of a hot future. I’m appealing to all in a very human way to stay encouraged and keep good habits despite trends of the behavior of an ever more materialistic, energy wasting and burning society. There have been a myriad of sites suggesting ways to individually take responsibility for one’s own carbon footprint. Aarne has a very good and hopeful one:

Also, the fact that there are 100 things right there in pretty images with relevant impact calculations too very much helps and creates discussion. So that folks can compare different actions! Big ones are 1st!

That’s about all of my diatribe for today, which I hope most find to be positive and uplifting.

I’m not quite ready to declare that heat wave or heat episode #3 for this season is about to occur due to the lack of NWS advisories across the U.S., but Tuesdays’ highs will start to get well above 90F in the western Plains and near 110 in the desert Southwest: