Wednesday July 25th… Dear Diary. The main purpose of this ongoing post will be to track United States extreme or record temperatures related to climate change. Any reports I see of ETs will be listed below the main topic of the day. I’ll refer to extreme or record temperatures as ETs (not extraterrestrials)😊. Here is today’s main climate change post related hot topic:

Besides climate change I am keenly interested in the science of psychology and the welfare of those that are chronically depressed, suffering from that disease since I turned age 50. When you combine the two sciences coming up with the conclusions I learned from a recent article my internal alarm bells really go off. I know so far this century at least in the United States many more people have been suffering and dying from the ravages of depression more than effects from climate change. Eventually, though, as the planet heats up diagnoses lines may blur on plain depression and that worsened by climate change. Now and in the future increased heat probably will add people to mental sick rolls. Eventually I’m hoping that both problems can be remedied. Recently I posted a blog in two parts on mental depression and those dealing with the taxing, dark issue of climate change:

Here is the recent Atlantic article that refers to a related but different issue, the direct effect that heat waves have on people’s mental health: https://www.theatlantic.com/science/archive/2018/07/high-temperatures-cause-suicide-rates-to-increase/565826/

Quoting directly from this article:

For almost two centuries now, scientists have noticed a place’s suicide rate bears troubling links to the changing of the seasons and the friendliness of its climate.

In 1881, the Italian physician Enrico Morselli noted that suicide rates peak in the summer, deeming the effect “too great for it to be attributed to chance of the human will.” Two decades later, the French sociologist Emile Durkheim noticed the same effect—though he also found the suicide rate was higher in Scandinavian countries.

Even today, CDC data confirms that suicides peak in the United States in the early summer.

Now, scientists have identified one more way that climate shapes suicide—and, worryingly, they have projected that it will only become more pronounced as suicide rates rise in a rapidly warming world.

Unusually hot days cause the suicide rate to rise, according to a study published Monday in Nature Climate Change. If a month is 1 degree Celsius warmer than normal, then its suicide rate will increase by 0.7 percent in the United States and 2.1 percent in Mexico.

“It’s sort of a brutal finding,” says Marshall Burke, a professor of earth science at Stanford University and one of the authors of the paper.

The finding has anxious implications for a world whose climate is rapidly changing. The authors project that roughly 14,000 people—and as many as 26,000—could die by suicide in the United States by 2050 if humanity does not reduce its emissions of greenhouse-gas pollution.

This is roughly the same change in suicide rates as are driven by “the estimated impact of economic recessions, suicide-prevention programs, or gun-restriction laws.”

It also concludes that humans can do little about this suicide-climate link beyond developing better medical care to address suicide specifically. The normal ways that people adapt to high temperatures generally—by installing air conditioners, for instance—do not seem to affect the suicide rate.

Suicide is the second most-common cause of death among Americans between 10 and 34 years of age. It is also one of the few leading causes of death in the United States where the age-adjusted mortality rate is not falling. In other words, more people are dying by suicide than used to.

“I found the results compelling and the methodology strong,” says Gregory Tasian, a professor of epidemiology and biostatistics at the University of Pennsylvania who was not related to the study.

What surprised me was the finding that the way people typically adapted to hot conditions by using air conditioning or say going to a cool pool had little effect on this “heat depression.” Just knowing how hot outside conditions are has a tendency to make people more suicidal. This is one form of depression I don’t suffer from, thankfully, but I grieve that others do.

It dawned on me to add this paragraph. Just today my therapist told me that it is important to get outside, and that particularly goes for those who are depressed. Natural vitamin D from the sun keeps people healthy. Most people are geared and wired biologically to be outdoors in nature, which is an uplifting experience. Just ask hikers, bikers and those who run outdoors. If you can’t be out due to heat well…

Through the years many people have told me that adaption, not mitigation will be the ultimate way humans solve the climate crisis. Perhaps, if we apply every rule of “survival of the fittest.” Well, if this science stands up many “mentally not as fit” people from now on will be paying a big price for carbon pollution. Perhaps this matter won’t weigh on your conscience. It certainly does on mine every time I make a bigger personal carbon footprint. So, now we see one more reason why adaption can’t be the total solution of the problem unless we are willing  as a species to accept tremendous suffering and death….excess heat making people mentally ill. I’ll report more on this issue should I see more science.

And now for heat related news from around the United States and elsewhere.

Here are this afternoon’s heat advisories:

Heat advisories and excessive heat warnings are in the same spots as yesterday on the map across the West. Notice that a large area of Pennsylvania, which is also suffering from a climate change related problem, is under flood warnings. As far as Wednesday’s excess heat goes:

#CLIMATE CONSEQUENCES: CA’s been hit with 3 heat waves in less than a month. Here’s why it matters https://buff.ly/2OgLH8M   via @mashable 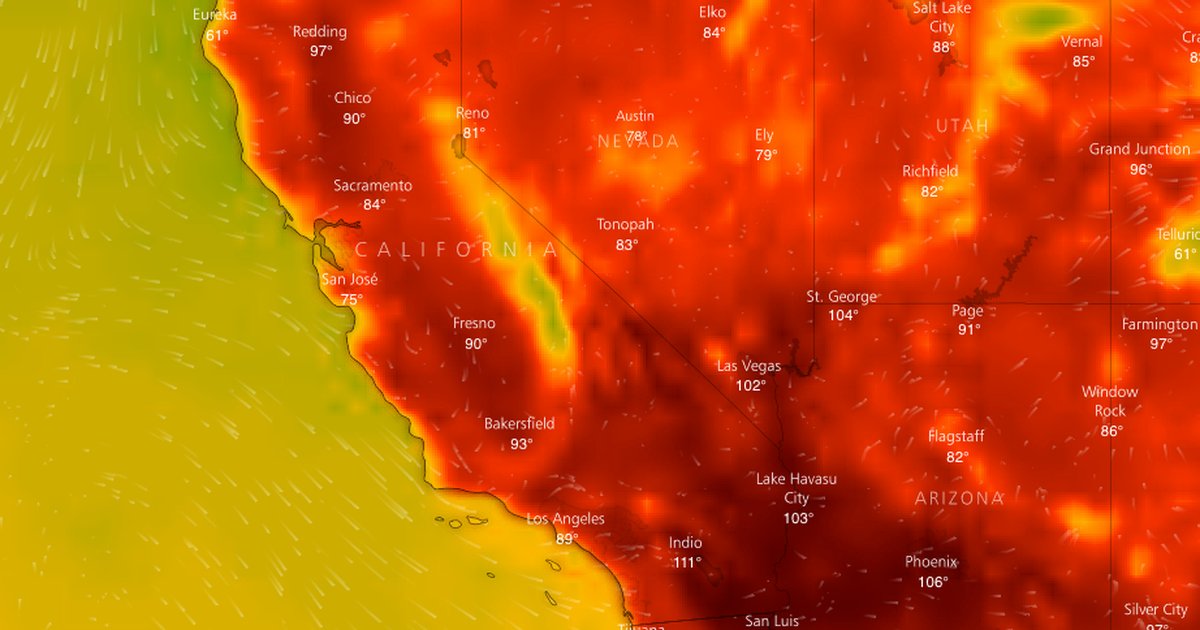 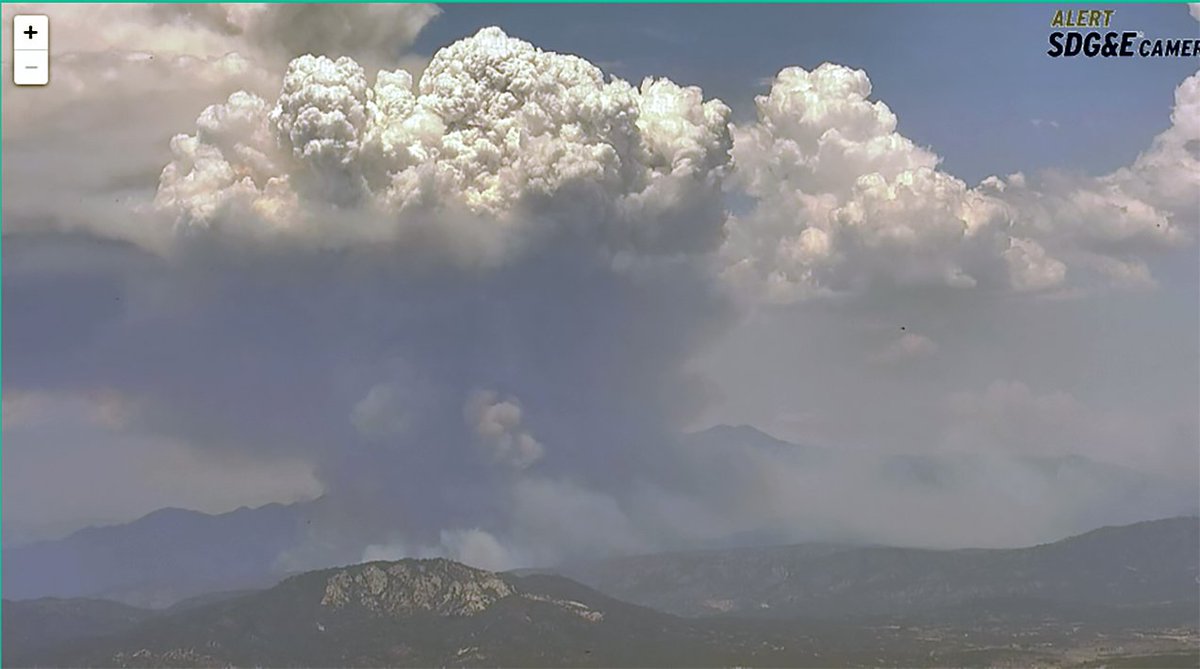 With another excessively hot day upon us, do you know the signs of Heat Exhaustion & Heat Stroke? Also, see today’s #HeatRisk areas. #VegasWeather #nvwx #azwx #cawx 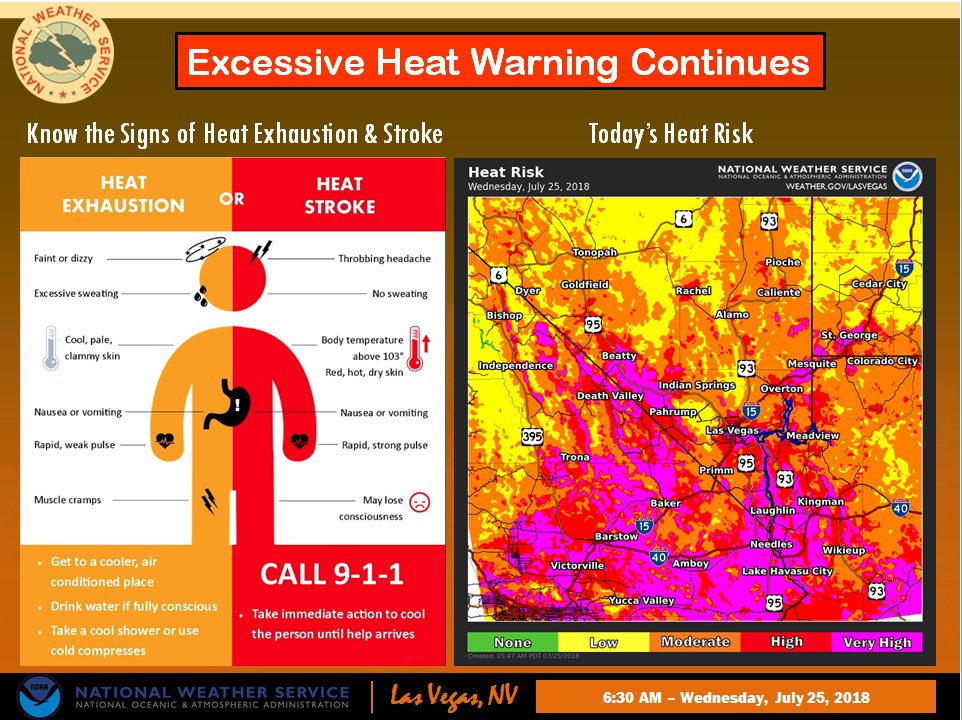 6:35 AM – 25 Jul 2018
Today should be the hottest day for Southern California and much of the Southwest with readings ticking down a notch on Thursday:

As usual I will be adding relevant news and information to this post as the day progresses such as the following:

‘Extreme’ jet stream pattern has spurred a week of wild weather in U.S.:

It's not just the UK experiencing high temperatures at the moment. With the #jetstream well to the north, much of Europe is hot at the moment. Paris could also see a new record maximum temperature on Friday 🌡️ pic.twitter.com/J2PVHIgnW4

#Europe upside down?? This is the weather #fire risk index of June in Europe by @CopernicusECMWF @CopernicusEU. Yes, reds means higher fire risk, and yes, it is around Scandinavia… Each month breaking new records, anyone not believing in #climatechange? 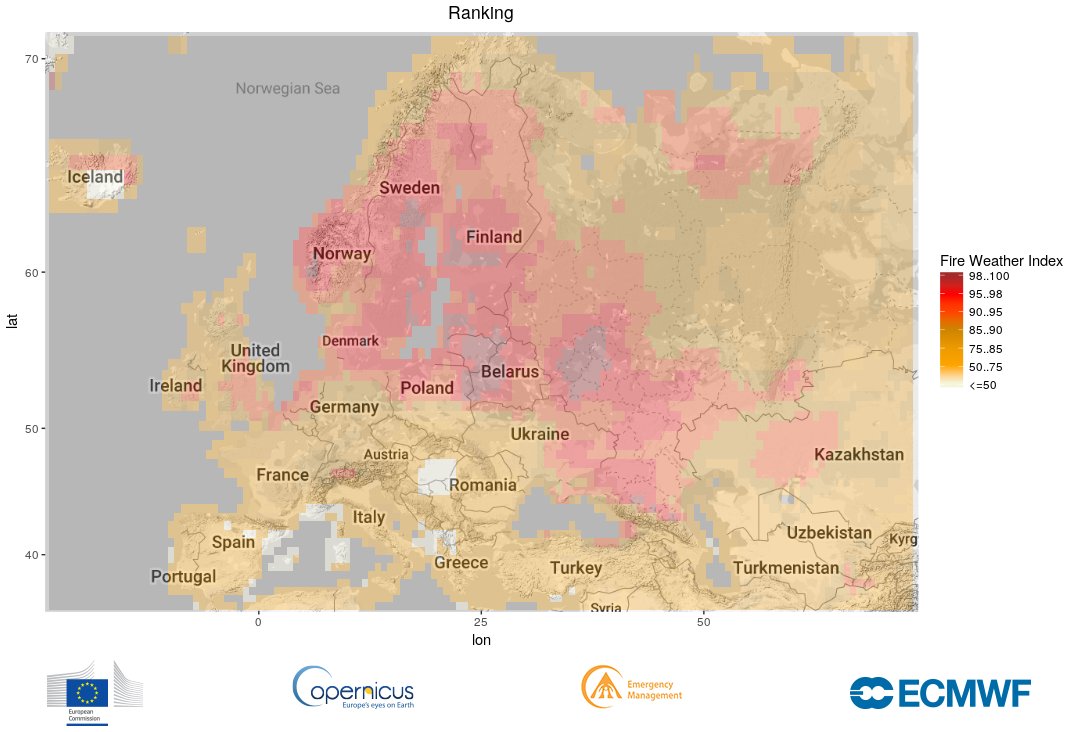 Several daily record highs across the country today, in #Yukon, the NWT, #Nunavut and Eastern Quebec. Meanwhile, #Winnipeg and Nain got their coldest high on record for this date! That’s quite the contrast! 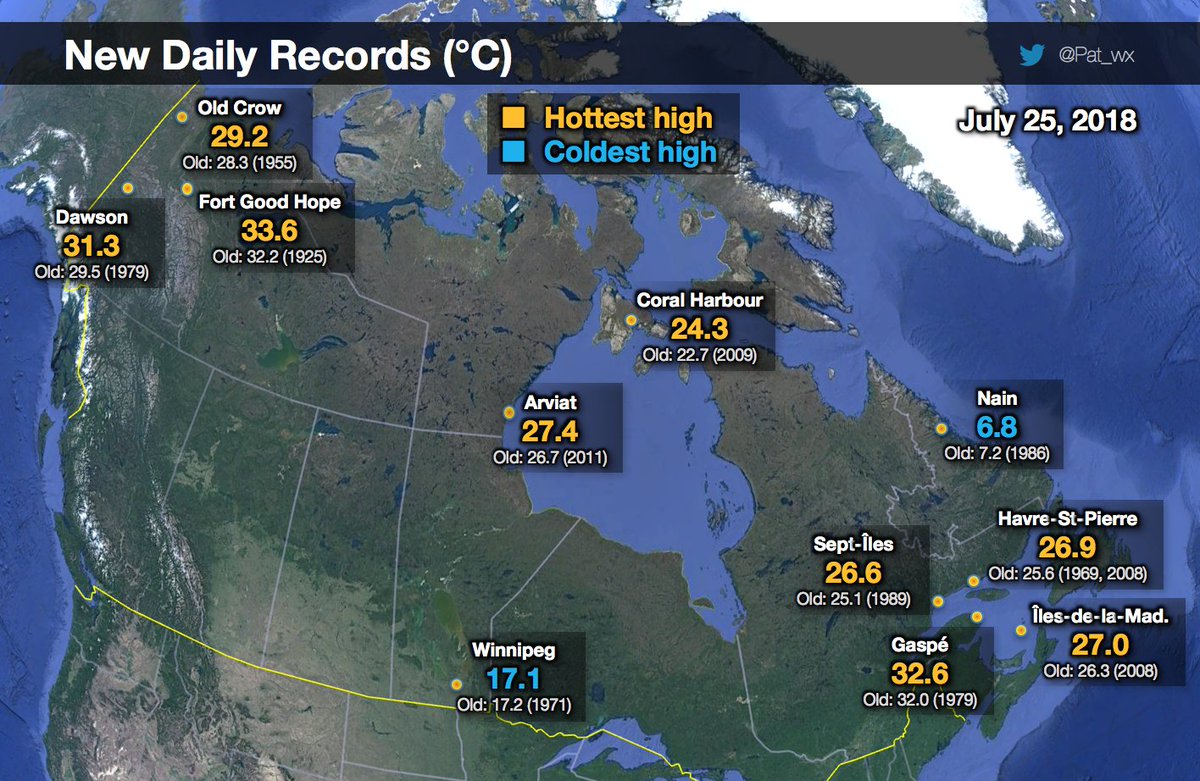 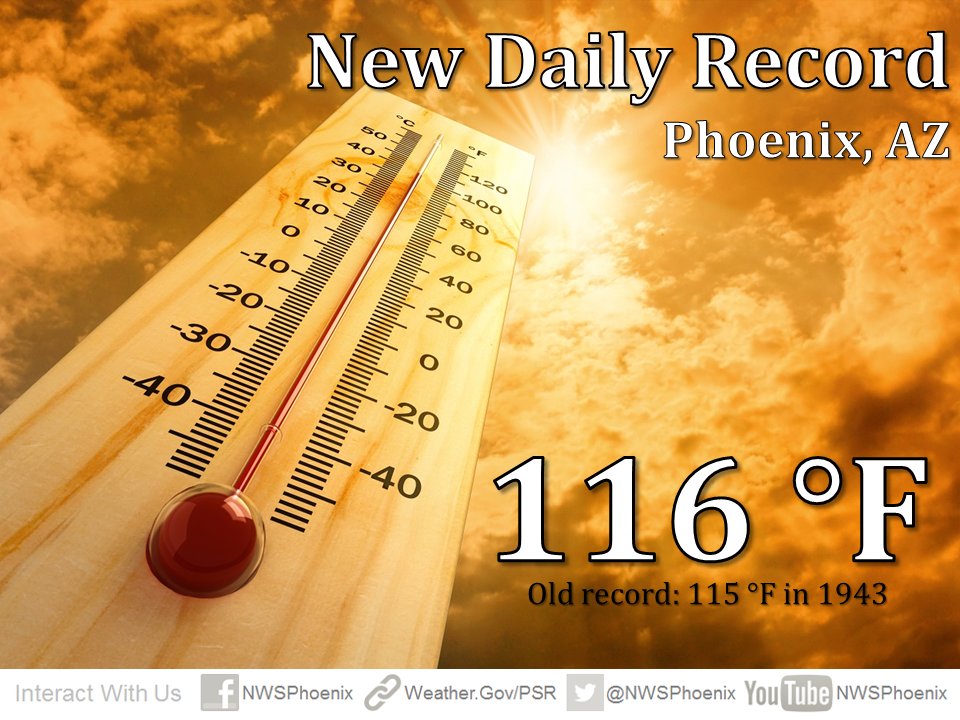 Death Valley, CA does it again! The temp got up to 127° once again at Death Valley breaking the daily record for July 25th.  Double WOW 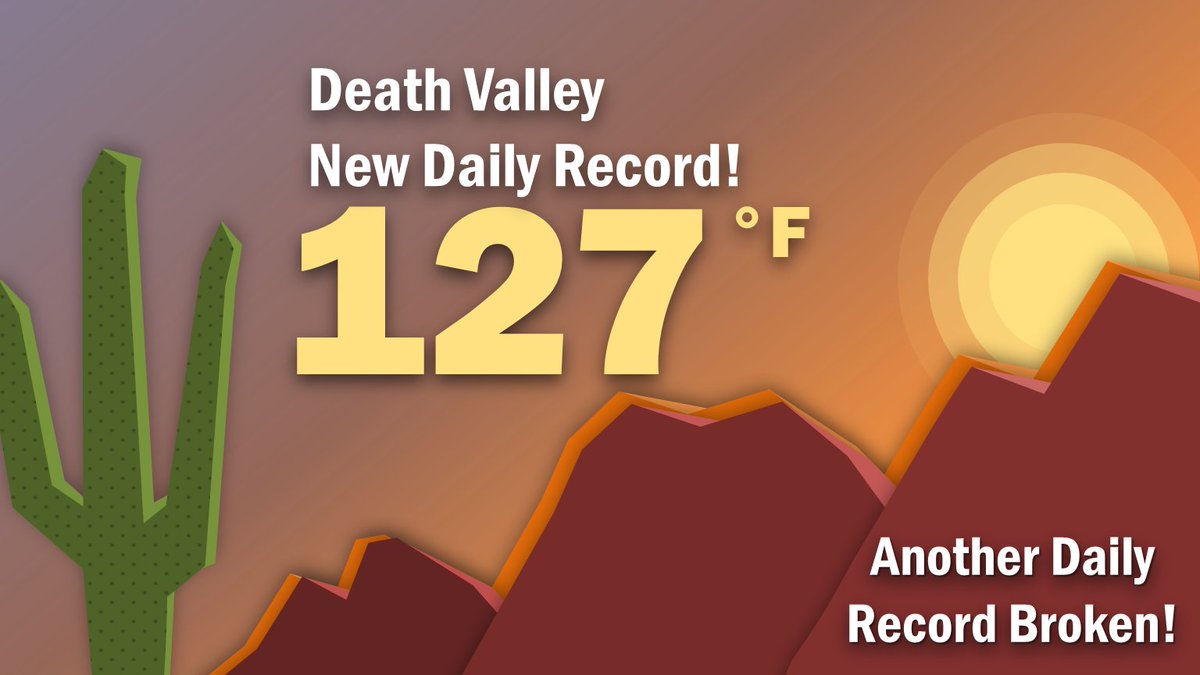 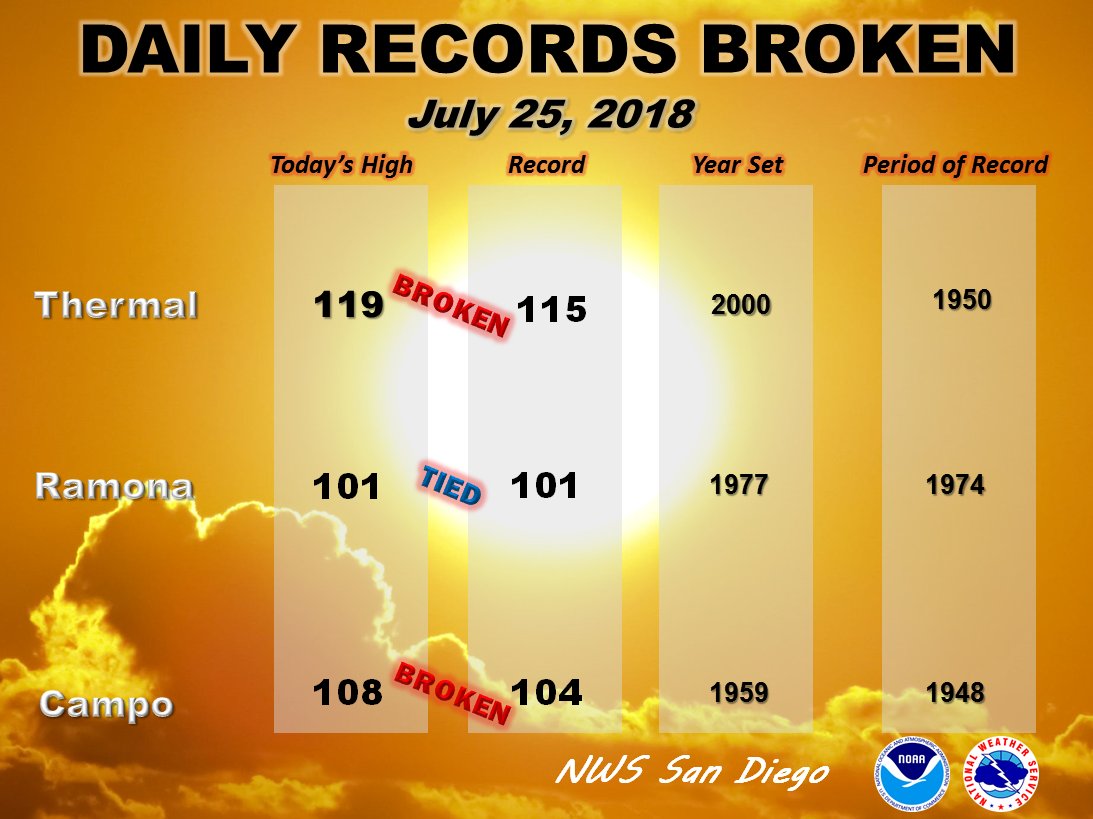 Extreme heat roared northward up the West coast. Dangerous heat topping out near the century mark reappeared in Oklahoma and Texas. Temperatures were comfortable from Montana eastward through the Great Lakes.