Wednesday August 8th… Dear Diary. The main purpose of this ongoing post will be to track United States extreme or record temperatures related to climate change. Any reports I see of ETs will be listed below the main topic of the day. I’ll refer to extreme or record temperatures as ETs (not extraterrestrials)😊. Here is today’s main climate change related topic:

Yesterday I called on the next President of the U.S. to develop and implement a new Marshall Plan to totally make our infrastructure and transportation systems green, going into a World War III against climate change. Logically once (and ever if) that decision has been made, what is the best way to win the new war? By the middle and end of World War II the allied powers won that war by utilizing air power much more than the ground game via tanks and armies. It was allied bombs that destroyed the Axis industrial and military complexes much more than battleships. So, too we need to think smartly, utilizing  resources in this new war which will expend the least amount of energy and put very little if any carbon in the atmosphere.

Before getting started with today’s post let me make it clear that I was trained to be a meteorologist, having very little experience with physics and chemistry of materials, so I am reporting the best science at my disposal. Debating and civilly discussing the best way forward to battle climate change is what I intend for this site, which will be an educational process not only for me, but I hope for you the reader.

Let’s look at transportation first. In a real sense the market and industry has already given electric vehicles  powered by batteries utilizing cobalt a huge head start over hydrogen powered vehicles. Solar powered vehicles are possible, but are for the most part still on the proverbial drawing board. Looking back through my “Extreme Temperature Diary” I first brought up this subject on April 7th, 2018:

The article that I’ve referred to doesn’t mention climate change, just the fact that fossil fuels are a finite source of energy. This article brings up a good point which I will quote:

“If you eliminate infrastructure issues from consideration for a moment, utilizing the most abundant element in the universe, hydrogen, as an energy source makes a lot of sense. Hydrogen as a vehicular fuel, according to Hyundai, is also a question of when. Unlike energy-storage devices such as batteries or capacitors, once H2 is captured and pressurized, the losses are minimal. Storing 100 kilowatt-hours in a battery for a year is impossible because the state of charge drops over time. Fuel cells do lose some efficiency in cold climates, but not nearly as dramatically as one will encounter with batteries. Yes, pressurized hydrogen can be dangerous. However, there are other ways to store hydrogen for long durations—in ammonia, for example—that involve less risk.”

Yesterday I learned that two of my best climate friends, who are much more familiar with materials than the old Climate Guy, had very different views on hydrogen vs. mining cobalt and zinc to build electrics. Here are some of their quotes. Please folks notify me if you want me to post additional points. First, here is what some of Robert Fanney wrote being pro Tesla thinking that cobalt built electrics are the best answer:

“It’s worth noting that HCVs are at least 8 years behind EVs in the development change and renewable hydrogen is at least 15 years behind wind and solar if not more. Also there are only 500 miles of pipes rated for hydrogen in the US. But EVs have all the electrical grid to draw from, can charge at home, at work, and have an expanding charging station infrastructure to draw from.”

4. A typical fallacy is ‘peak minerals.’ It’s a scarcity narrative that doesn’t take basic supply and demand functions into account. Though supplies are not infinite, the combined resource size and various use optimizations create an expanding availability horizon for various minerals. The most recent fear campaign surrounded cobalt. But that was blown out of the water when battery manufacturers managed to reduce their cobalt needs by 1/8 through better design and different battery chemistries. We should also be aware that battery chemistry is a moving object. Designs keep changing for better price, materials, and charging optimization.

And now here is the other side of the coin, the case for hydrogen-

2. In our discussion about Hydrogen I got distracted an forgot an important point: the commercial rivalry between H2 fuel cells and battery powered EVs is a completely false construct. It is not like HVS vs PAL videos where one tech is programmed to block the other.  H2 cars are EVs. Tesla cars could have liquid hydrogen tanks and a fuel cell to extend range. H2 cars can have more Tesla style batteries for city running and plug in to power your house lighting at night. Both H2 EVs and battery EVs could have flexible and window imprinted or flexible sticker solar panels for self charging.

3. Hydrogen as a renewable subject is split by 1. Tesla style EVs commercial propaganda against a perceived opposition 2. H2 has previously been extracted from fossil fuel (LNG cracked with steam) but Honda plant in Swindon, Wiltshire U.K. produces green hydrogen on site from solar, wind and electrolysis of water. Orkney Islands in Scotland have great success that includes marine bobbing raft 3. A lot of fuel cell research has been progressed by BP and Shell who saw it as a means to perpetuate fossil gas. However with advent of green hydrogen, I feel technology dev. has been suppressed.

I’m learning a lot about materials from this discussion. We have probably scratched just the surface of this subject, so I’ll be posting more on transportation later this year. In summary, we have learned in the past that some carbon solutions aren’t very good like the production of ethanol and natural gas. Let’s keep this discussion going so that we won’t find ourselves in a carbon trap ditch going into the 2020s, finally getting a nice consensus blueprint for how to fight that World War III.

Tomorrow there will be a cooling trend in the South and East:

The Pacific Northwest will get much hotter. 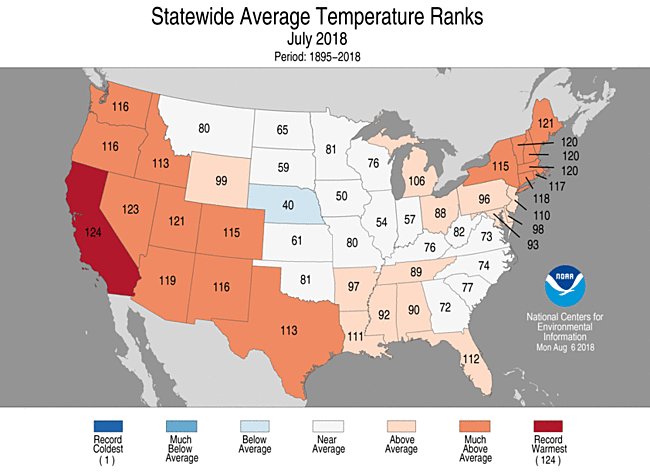 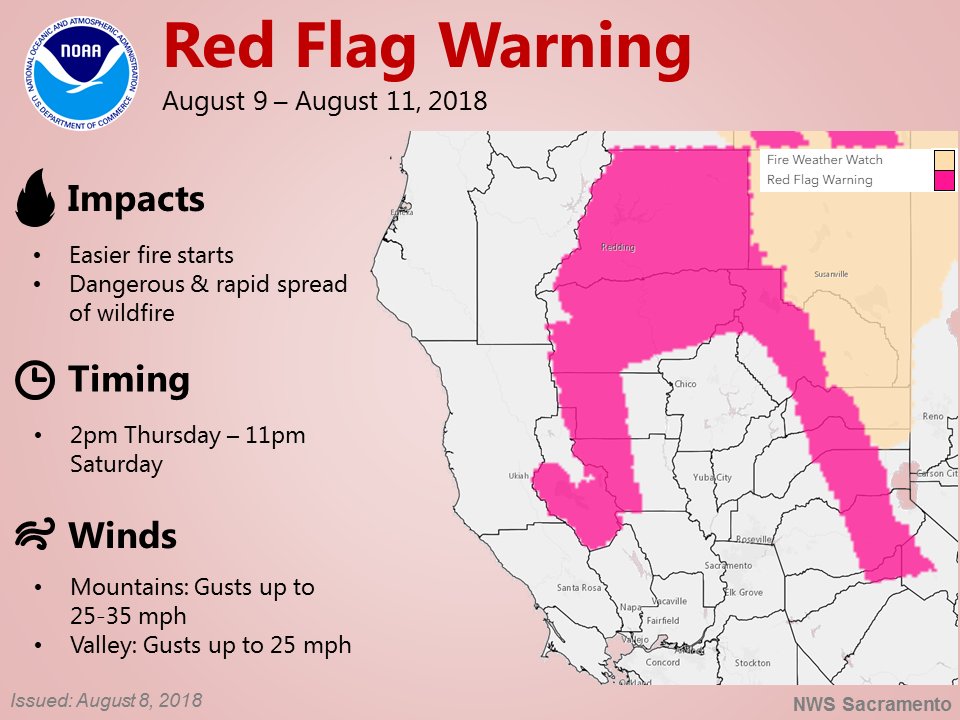 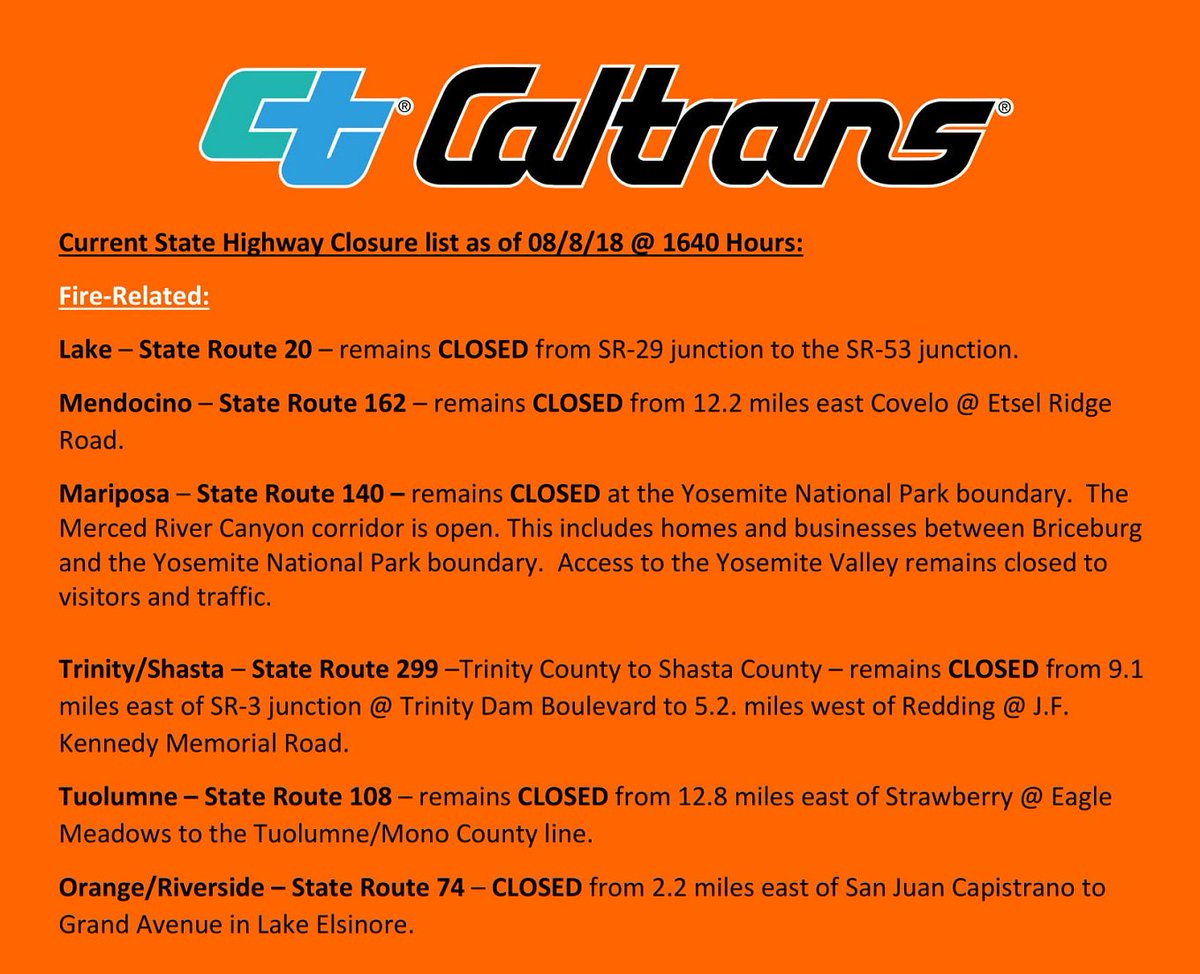