Saturday August 11th… Dear Diary. The main purpose of this ongoing post will be to track United States extreme or record temperatures related to climate change. Any reports I see of ETs will be listed below the main topic of the day. I’ll refer to extreme or record temperatures as ETs (not extraterrestrials)😊. Here is today’s main climate change related topic:

The subject of Arctic sea ice melt is the most common tipping point or proverbial canary in the coal mine referred to in association with climate change. This entire post could be nothing more than literally hundreds of links to articles on the subject. For this short post let’s hone in on the groundbreaking work involving the scientist that led to the article that inspired me to start writing these segments on the subject of tipping points:

Today let’s show the paper’s main graphic by Will Steffen…a tipping point graphic, which gives us one more piece of valuable information.

Let’s review.  According to the study Greenland Ice is in great jeopardy of disappearing at  +1C to +3C above preindustrial global average temperature conditions (post one’s subject).  Boreal forests (subject two) at +3.0 to +5.0C, and for today’s subject Arctic summer sea ice at +1.0C to +3.0C and winter Arctic sea ice at greater than +5.0C.

At the current value of around +1.0C above preindustrial conditions we already see that summer Arctic sea ice us trending sharply down. During August it may totally disappear using our best estimates by 2040 and perhaps earlier. Once gone the albedo of open Arctic water won’t reflect nearly as much incoming solar radiation, thus producing a cascade effect of more warming regardless of any more carbon polluted into the atmosphere. If you think we have seen astounding Arctic warming since 2015 and associated changes in the Jetstream and accompanying weather, just wait until the year 2040. This boggles the mind.

We are presently on track toward a middle Miocene range. Path to mid Pliocene or somewhat less is achievable. But will require fast response. Window to 1.5 C has a narrow gap remaining. Super fast response needed for a chance at it. And we will feel each additional 0.1 C hard. 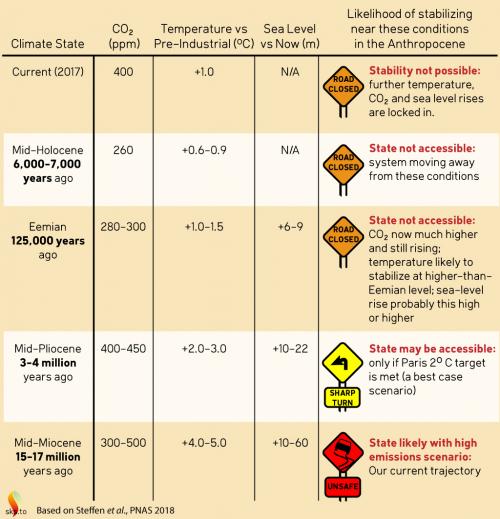 Skeptical Science @skepticscience
The closest configuration of Earth to present day, in terms of atmospheric composition, solar input & continental distribution was the mid-Pliocene. We are on our way there as John Mason explains the climate states from Steffen at al 2018 @skepticscience…
11:01 AM – 11 Aug 2018

Obviously species depending on Arctic ice like the polar bear will disappear by about mid century. Eskimos and other indigenous people depending on the ice are already adapting to a changing environment, melding into modern society, starting to forget and lose old culture much like native American Indian tribes.

Think of these tipping points also like a set of falling dominos. Should Arctic sea ice disappear we will see a much warmer climate, which in turn will affect boreal forests, the jet stream, and the rest of the tipping point factors depicted on the chart presented today. Warmth will breed warmth once any of these things get tipped, which should scare and spur all of us to act and act now.

On Sunday ahead of the front cooling down the Pacific Northwest more 90s and 100s will spill into the northern Plains. There maybe more records coming from eastern Montana into the Dakotas :

Most of the Southwest will continue to have unwelcome above average temperatures. Temperatures won’t be too hard to take from the central and southern Plains to the East Coast. 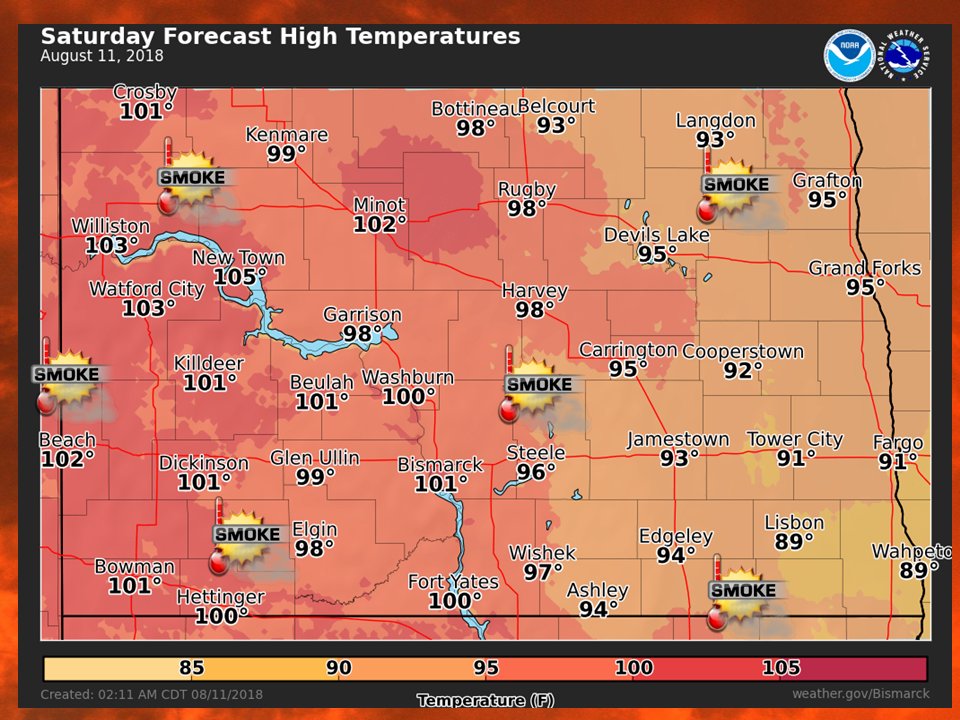 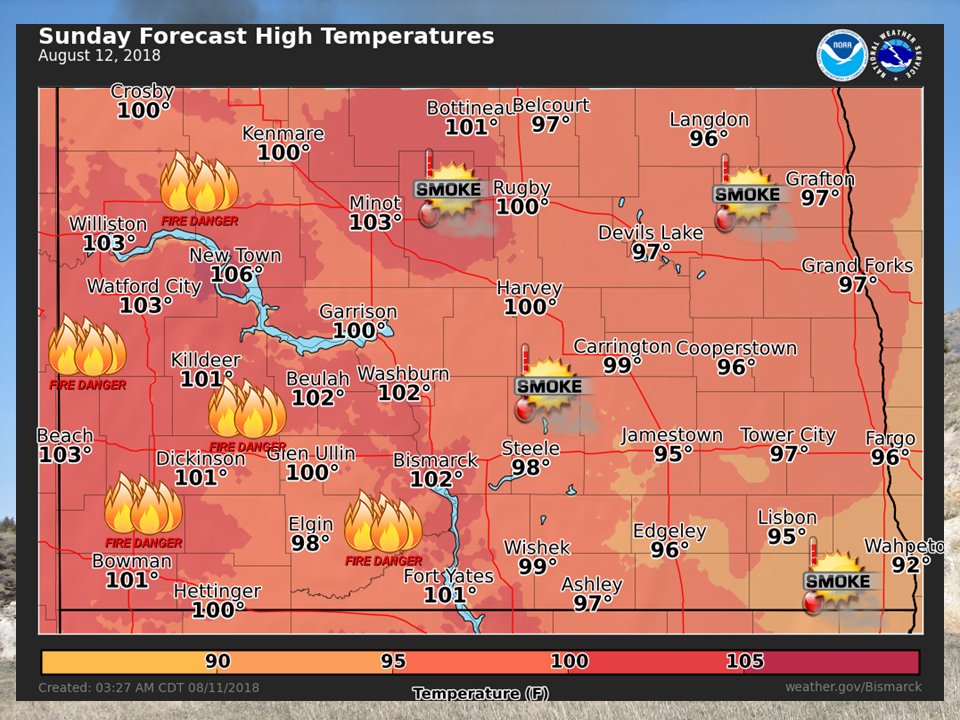 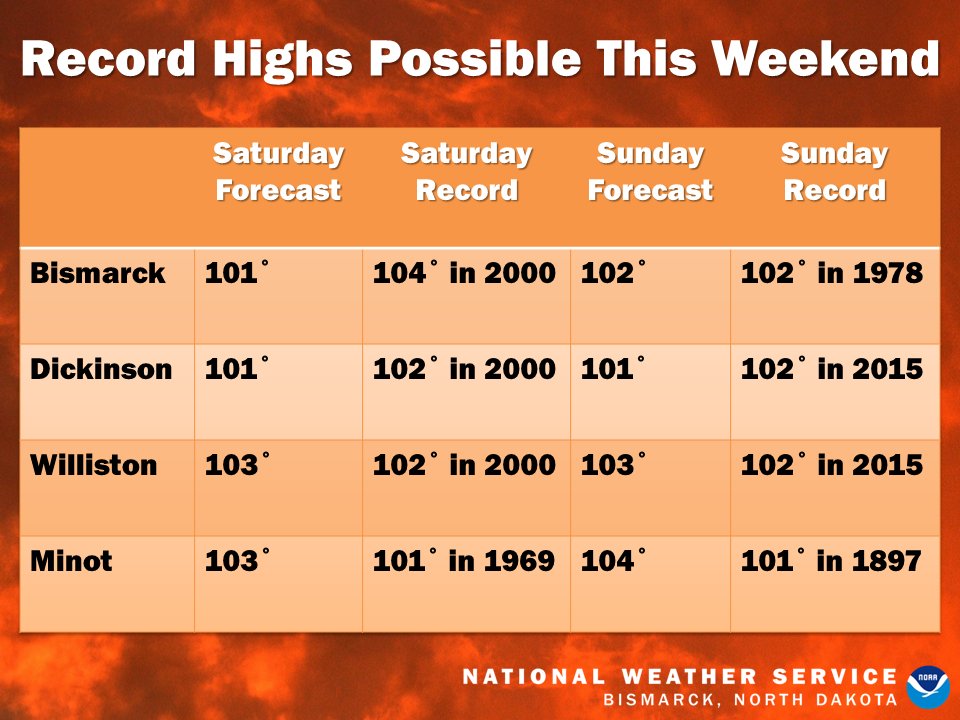 Most of these fires are human caused. Lets all work together to protect life, property and America’s precious natural resources by preventing the next wildfire 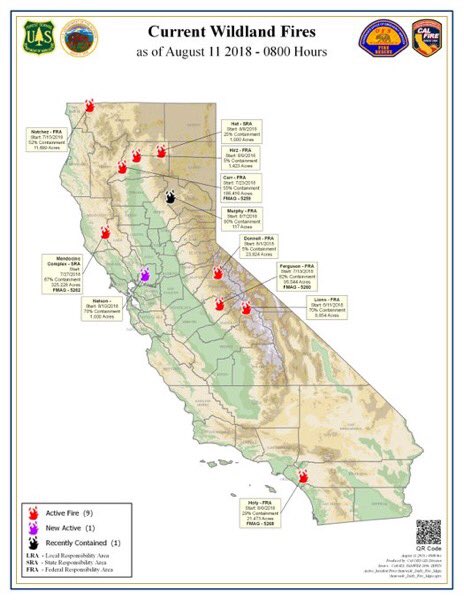 By 2050, climate change could drive tens of thousands of people into emergency rooms and could cost tens of millions of dollars in treatment for hyperthermia. 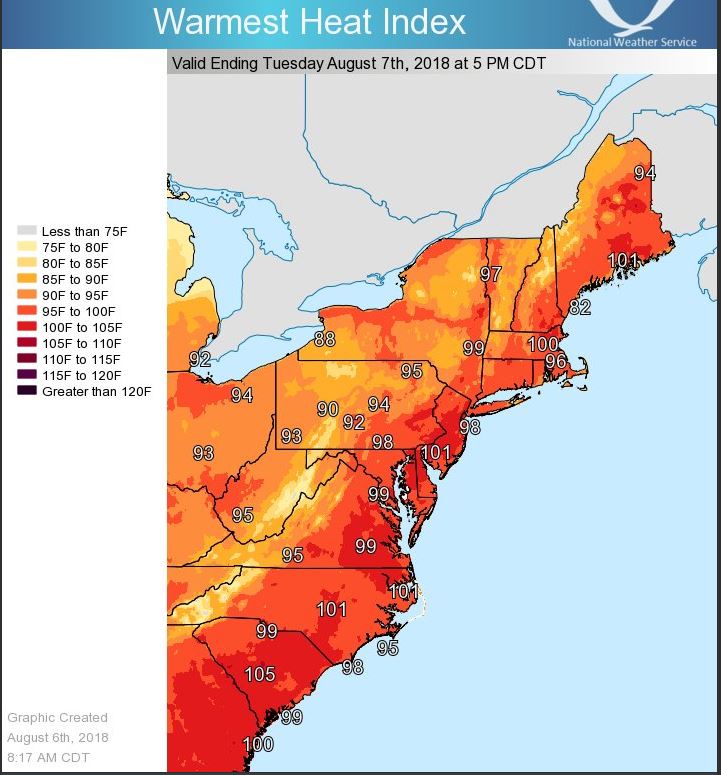 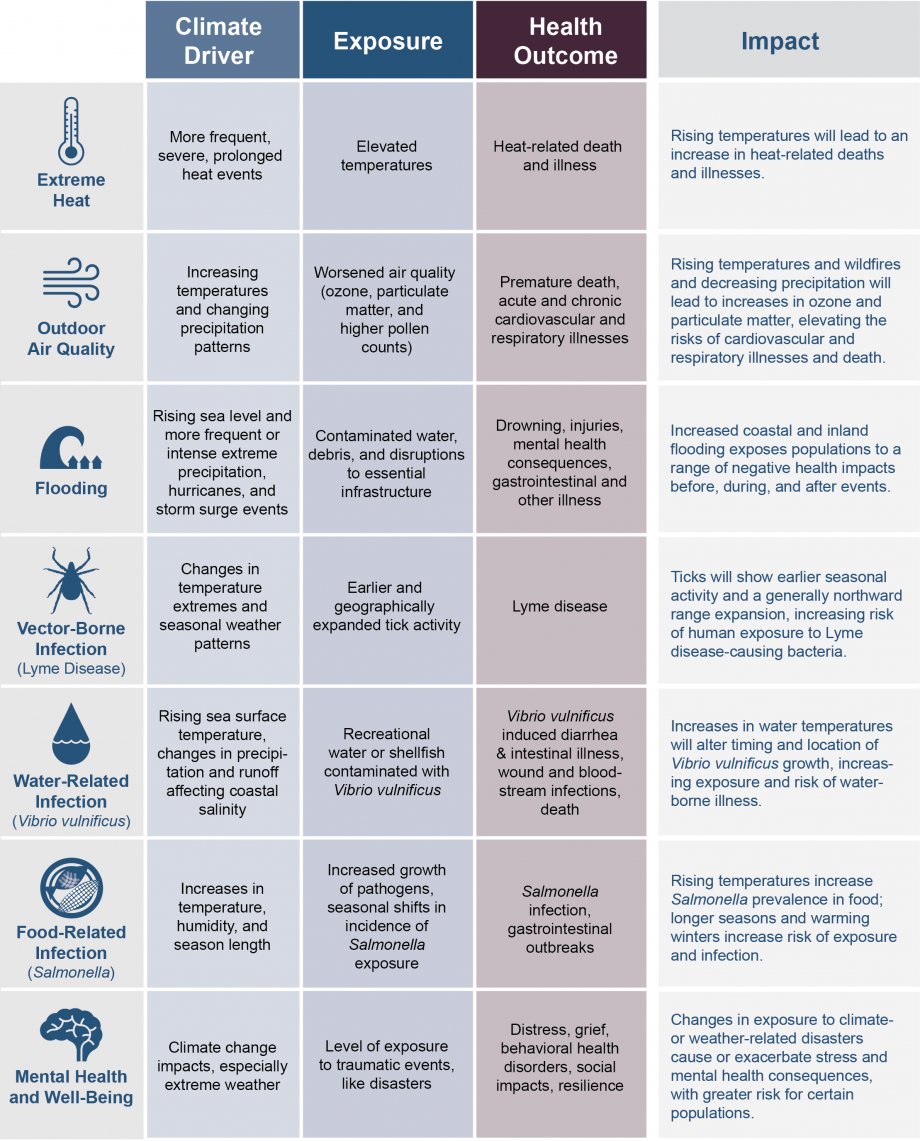 @BloombergNEF expects the next trillion watts to be installed in under 5 years, complemented with battery storage http://buff.ly/2LXjDJ5 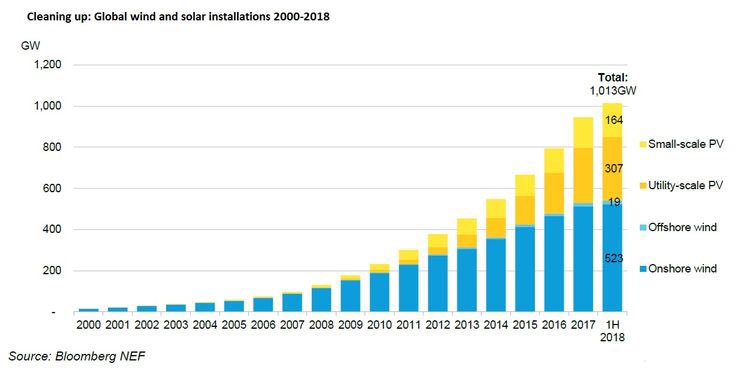 Better get there while a few glaciers are still there… 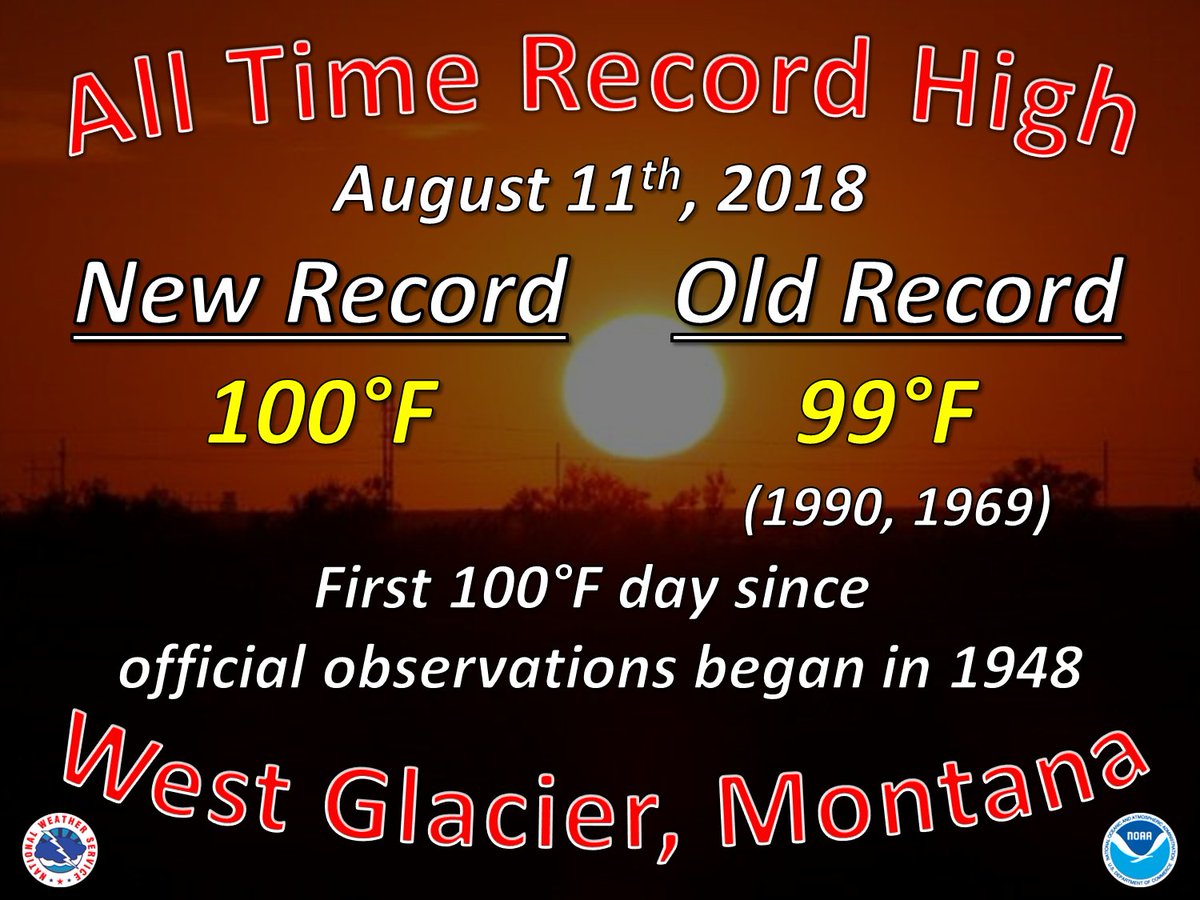 New record high temperatures were set at Williston and Minot today, and tied at Dickinson. Can we do it again tomorrow? It will be close! 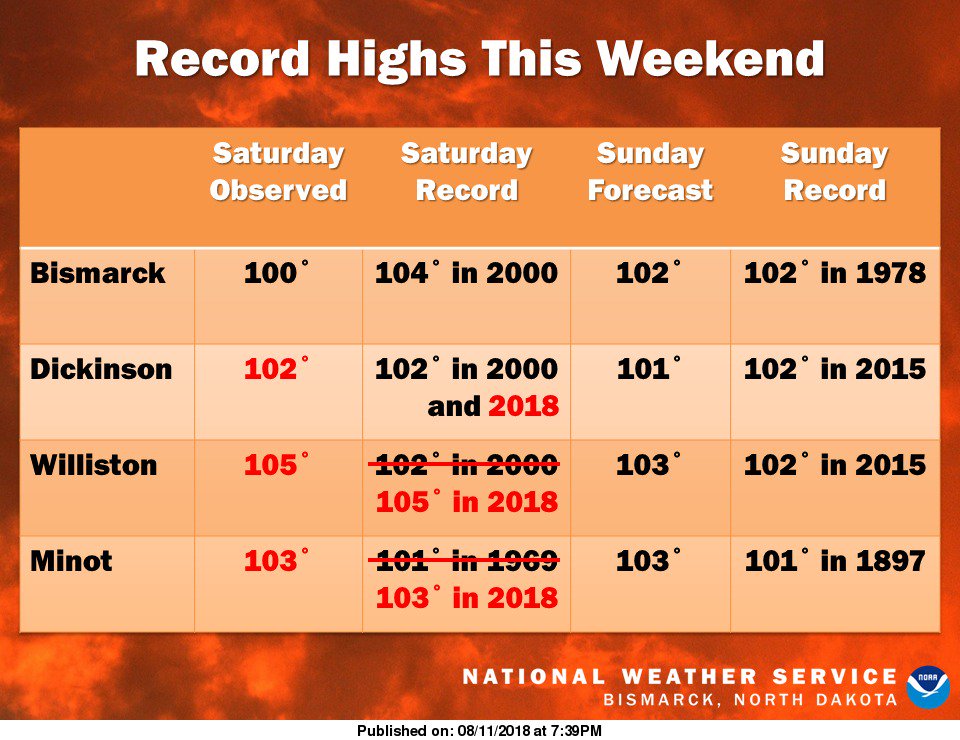 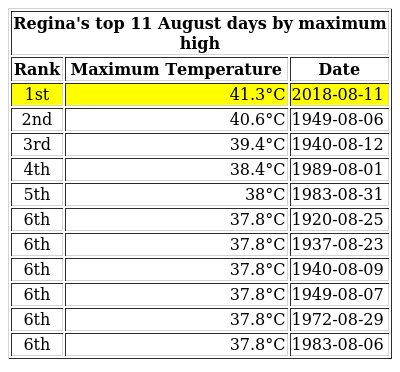 Record heat smashed eastern Montana and the western Dakotas and built northward into southern Canada. Heat abated in the Pacific Northwest while ramping up a notch over Friday’s values in the Midwest and Plains. Smoke chocked California remained hot. 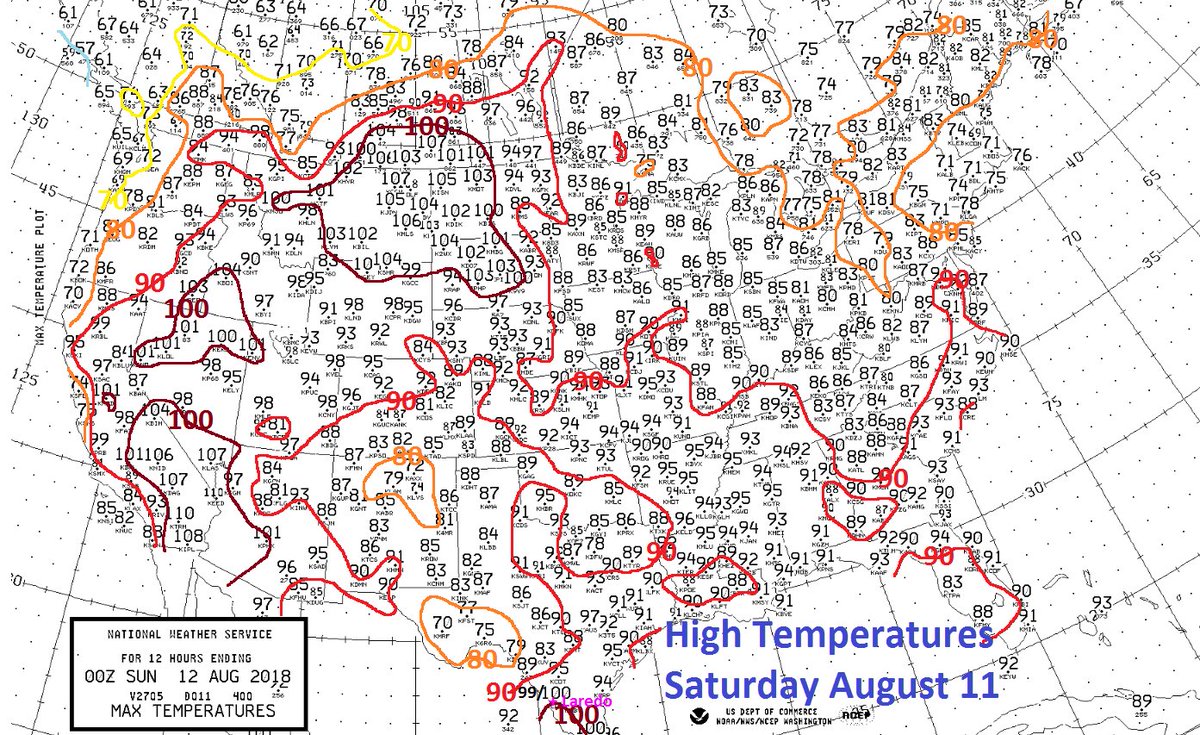