Wednesday August 22nd… Dear Diary. The main purpose of this ongoing post will be to track United States extreme or record temperatures related to climate change. Any reports I see of ETs will be listed below the main topic of the day. I’ll refer to extreme or record temperatures as ETs (not extraterrestrials)😊. Here is today’s main climate change related topic:

As we know, the vast bulk of water that could raise sea levels is trapped in Antarctic ice. Here is a quote from Scientific American:

“In the worst-case scenario, sea levels could rise around 50 feet by 2500. Even in a moderate scenario in which emissions stop after 2500, the long “thermal memory” of the ocean would prevent the ice sheet from growing back for centuries.”

Looking at Dr. Steffen’s chart the western part of Antarctica’s ice sheet is close to a tipping point at +1C to +3C above preindustrial conditions. The eastern end of the continent with considerably more ice than the western is thought to be much more stable and should not become a tipping point factor until average planetary temperatures get to +3C to +5C above preindustrial conditions. Just how stable has become a big question.

Today I am going to repost most of what I wrote about Antarctica from this article from mid June:

It was definitely the top climate news in June 2018 with everybody and their mother writing articles or blogging  about NASA’s new findings about the rate of Antarctic ice loss. I don’t want this site to parrot others, but I would be remiss if I didn’t mention new Antarctic assessments, which we will put in the old “how soon how bad” file. After reading some of the myriad pieces on the subject, which one can easily Google, I’ll just refer to this one article:

“Antarctica’s ice sheet is melting at a rapidly increasing rate, now pouring more than 200 billion tons of ice into the ocean annually and raising sea levels a half-millimeter every year, a team of 80 scientists reported Wednesday.”

“The melt rate has tripled in the past decade, the study concluded. If the acceleration continues, some of scientists’ worst fears about rising oceans could be realized, leaving low-lying cities and communities with less time to prepare than they had hoped.

“The study is the product of a large group of Antarctic experts who collectively reviewed 24 recent measurements of Antarctic ice loss, reconciling their differences to produce the most definitive figures yet on changes in Antarctica. Their results — known formally as the “Ice Sheet Mass Balance Inter-Comparison Exercise” (IMBIE) — were published Wednesday in the journal Nature.”

“The largest part of the continent, East Antarctica, has remained more stable and did not contribute much melt to the ocean during the period of study, the assessment says. However, in the past five years, it too has begun to lose ice, perhaps as much as 28 billion tons per year, although the uncertainty surrounding this number remains high.”

Unlike with Arctic ice it would take considerable Antarctic ice melt to expose brown land with a higher albedo, so a cascade effect will take much more warming for total destabilization. Antarctic glaciers will become more unstable as  ice melts around the edges of the continent. The smaller the area of ice to melt interacting with warmer atmospheric and sea surface temperatures the faster the process will be, but even in worst case scenarios it will takes 500 years for the whole continent to melt.

Obviously civilization won’t be able to adapt too well to a 50 foot sea rise. Looking at studies coming out the last two years showing increased rate of melt and a more unstable eastern Arctic at +1.0C above preindustrial conditions I’m asking has a tipping factor already been breeched? I’ll be reporting some better more definitive information with time on Antarctica. Pray that Antarctica remains stable. Put feet to your prayers by working hard to change the world.

In this Dec. 2, 2009 photo provided by Aurora Expeditions, an inflatable boat carries tourists past an iceberg along the Antarctic Peninsula. In a remote, frozen, almost pristine land where the only human residents are involved in research, tourism comes with risks, for both the continent and the tourists. (AP Photo/Aurora Expeditions, Andrew Halsall)

Heat in the central U.S was limited to Texas. A cooler airmass is sliding by to our north, will not play a role in our weather. Heat in the west beginning to spill east into Canadian Praies, far north U.S. Great Plains. #MYKGNSNEWS 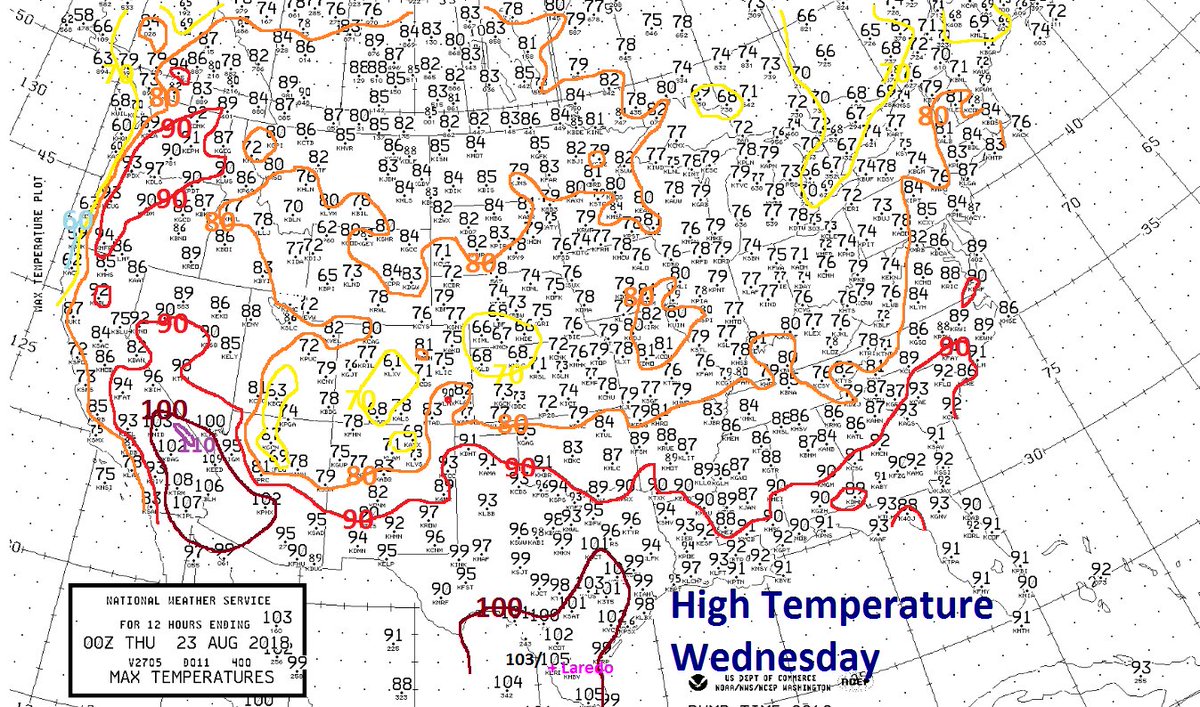 Not too many people will be complaining about temperatures on Thursday:

“The only way to achieve these necessary, aggressive emissions reductions to combat global warming is to overhaul the gas-powered automobile. The only question left is how to do it” https://buff.ly/2wcVcxx  via @new republic 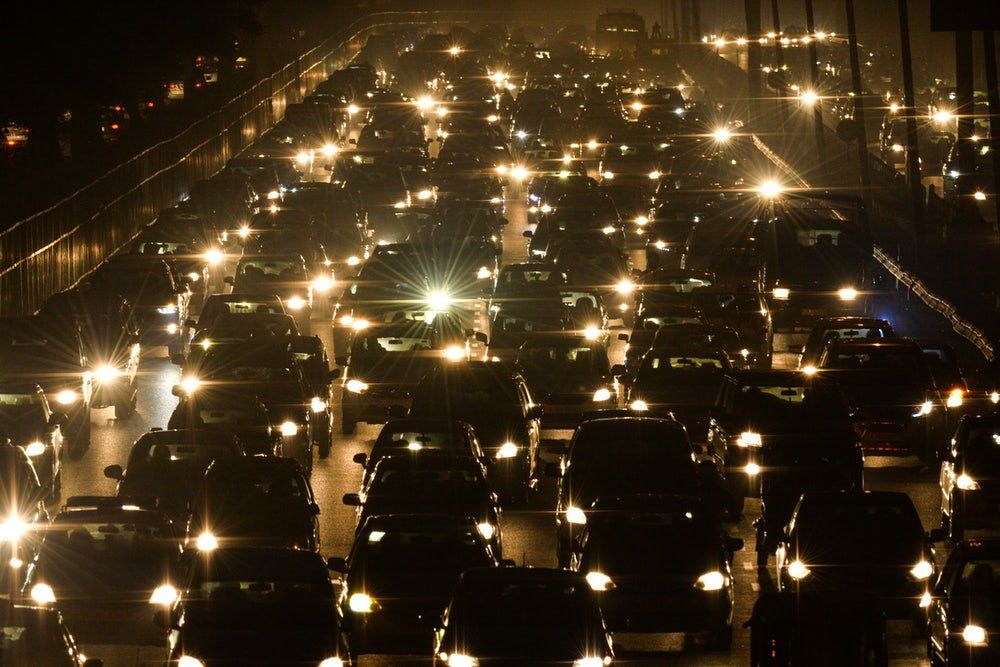