Friday August 24nd… Dear Diary. The main purpose of this ongoing post will be to track United States extreme or record temperatures related to climate change. Any reports I see of ETs will be listed below the main topic of the day. I’ll refer to extreme or record temperatures as ETs (not extraterrestrials)😊. Here is today’s main climate change related topic:

Today I am presenting my last post on climate tipping point factors unless someone drops me a note saying that I have missed something. Please look at my Climate Lottery log posts the last couple of weeks to see all 14 of these posts. I’ll be glad to add more info to each factor should it come to my attention. Also, I have added all 14 posts to the “uncategorized” section of this site for quicker reference. I’ll set up a separate “Tipping Point Factor” section this weekend.

One last big factor not on Dr. Steffen’s chart is water vapor. Not many people know that water vapor is a more potent greenhouse gas than carbon dioxide. Today’s big question I’ll try to roughly answer is how warm will global averages above preindustrial conditions need to become before enough water evaporates into the atmosphere, tipping the climate towards more warmth despite any cease in carbon pollution?

We all know that a warmer atmosphere holds more moisture. Around the planet we are seeing signs of that extra moisture being released from storms causing record flooding and occasionally heavy snow. From Wiki:

If the atmospheres are warmed, the saturation vapor pressure increases, and the amount of water vapor in the atmosphere will tend to increase. Since water vapor is a greenhouse gas, the increase in water vapor content makes the atmosphere warm further; this warming causes the atmosphere to hold still more water vapor (a positive feedback), and so on until other processes stop the feedback loop. The result is a much larger greenhouse effect than that due to CO2 alone. Although this feedback process causes an increase in the absolute moisture content of the air, the relative humidity stays nearly constant or even decreases slightly because the air is warmer.[44] Climate models incorporate this feedback. Water vapor feedback is strongly positive, with most evidence supporting a magnitude of 1.5 to 2.0 W/m2/K, sufficient to roughly double the warming that would otherwise occur.[58] Water vapor feedback is considered a faster feedback mechanism.[48]

Water vapor and clouds account for 66 to 85 percent of the greenhouse effect, compared to a range of 9 to 26 percent for CO2. So why all the attention on carbon dioxide and its ilk? Is water vapor the real culprit causing global warming?

The answer is that water vapor is indeed responsible for a major portion of Earth’s warming over the past century and for projected future warming. However, water vapor is not the cause of this warming. This is a critical, if subtle, distinction between the role of greenhouse gases as either forcings or feedbacks. In this case, anthropogenic emissions of CO2, methane, and other gases are warming the Earth. This rising average temperature increases evaporation rates and atmospheric water vapor concentrations. Those, in turn, result in additional warming.

This simple diagram is a good representation of how carbon pollution affects water vapor:

So at what point might water vapor tip the climate? Continuing from the Yale article:

Climate scientists can quantify the effect of the water vapor feedback on the climate system, as shown by frequently modeled effects of doubling CO2. In the absence of a water vapor feedback, doubled CO2 would increase global temperatures by around 1 to 1.2 degrees C (1.8 to 2.2 degrees F). However, the additional water vapor in the atmosphere triggered by this initial warming will result in roughly 1.6 degrees C (2.9 degrees F) more warming, and positive feedbacks caused by changes in cloud formation add around 0.7 degrees C more (1.3 degrees F). This cloud feedback varies significantly between models, ranging from 0.3 to 1.1 degrees C (0.5 to 2 degrees F). See the IPCC AR4 WG1 chapter 8.6.3 (pdf) for a more detailed discussion on uncertainties regarding cloud forcings.

We are therefore at the current  level of +1C above preindustrial conditions, already close to getting tipped towards another +1C of warmth from additional water vapor. We are perilously close to going above +2C as recommended by the Paris Accords no matter what we do. The next 2-5 years will be very telling as to what climate scientists diagnose for the future state of our world. Work diligently so that these doctors will be able to let the patient know that he has a chance to live.

Saturday heat will continue to build in the Plains. The good news is that the cooling trend started Wednesday in the West will continue aiding fire fighting efforts:

In climate/weather related news for today:

Slug of very heavy rain closing in on Oahu, as #HurricaneLane crawls north. Conditions to deteriorate late this afternoon and tonight (local time), when wind and flood potential may turn serious. Details: https://wapo.st/2NfhpSC 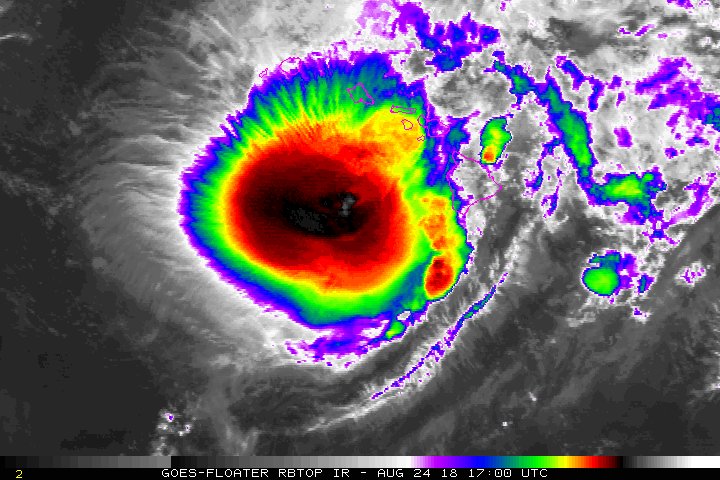 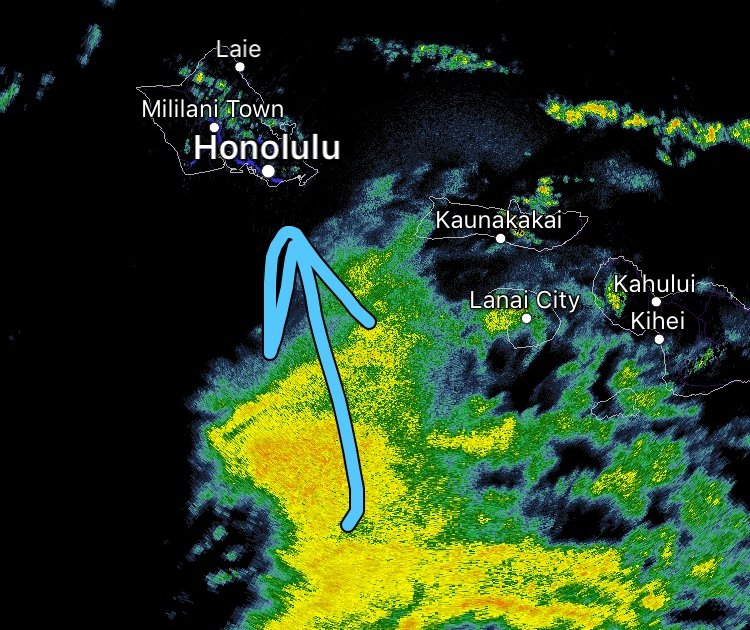 This article just went live as part of http://weather.com ‘s #Exodus long-form package on climate-related migration. I’m honored that the fine folks of Churchill, Manitoba, were so frank with me about the myriad challenges they’re facing.  https://features.weather.com/exodus/chapter/churchill-canada-exodus/ … 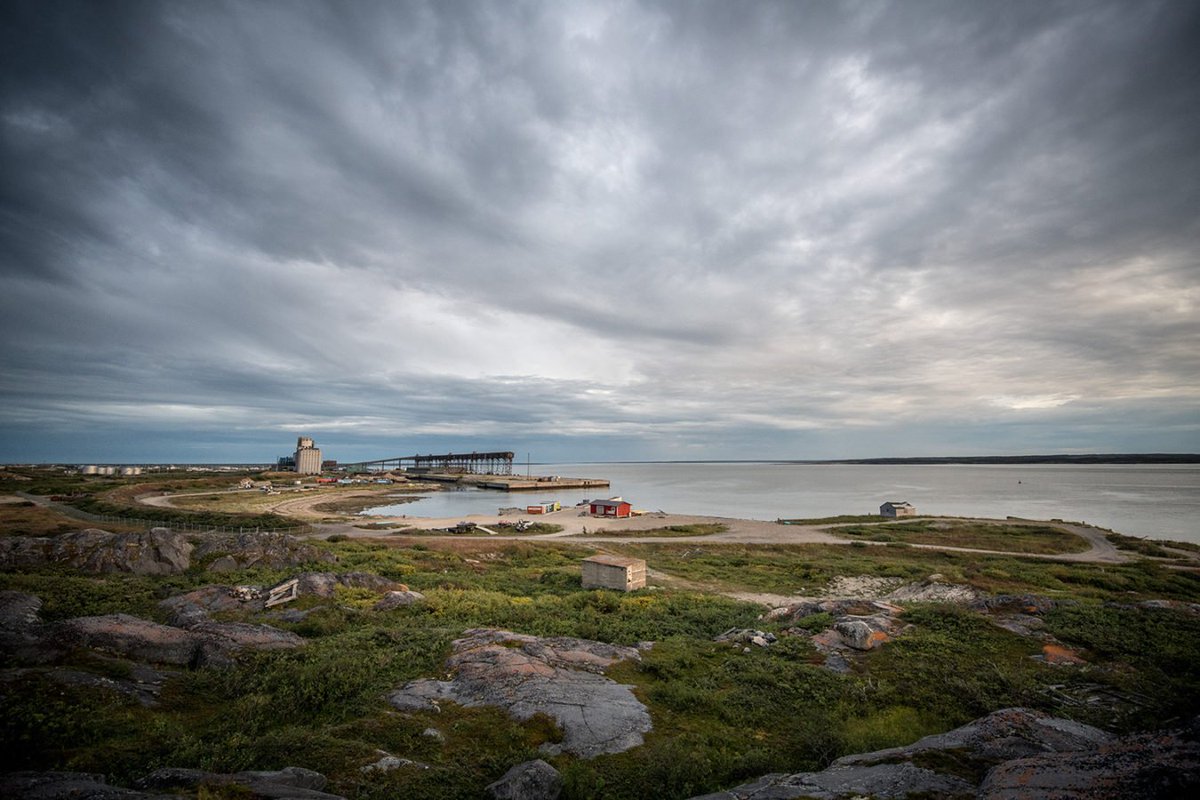