Is Intensification of Hurricanes Affected By Global Warming?

Yesterday before moving onto Florence data we briefly touched on recent hurricanes whose aspects could be attributed to global warming. Today let’s look at just one aspect, that of possible more rapid intensification. I’ve noticed during my 30+ met career that some of the worst, most damaging hurricanes rapidly intensify, usually much faster than the forecasts put out by the National Hurricane Center. If there is a trend due to both a warming atmosphere and higher sea surface temperatures rapid intensification would be yet more bad news since less ocean area and time would be required to generate a devastating storm. Hurricanes could form much closer to affected coastlines and require less time to be over water before doing their worst. Obviously the public would have less time to prepare in situations in which tropical storms ramp to intense hurricanes in no more than a few hours.

Thermodynamically it would make sense that under higher SSTs hurricanes would have “higher octane” for both peaking at a higher strength and revving up faster to higher speeds just like a well engineered race car. Have researchers uncovered any real trends recently? I did see this note this morning:

We have measured a large build up of thermal energy in the oceans.

There is an increasing amount of energy to dissipate. 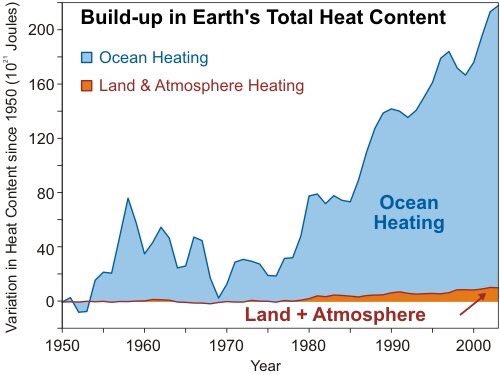 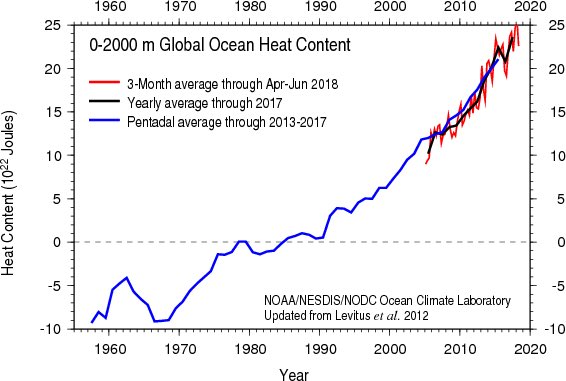 7:10 AM – 8 Sep 2018
To find out how many aspects of hurricanes can be affected by global warming read this thorough paper updated as of 6/6/2018:
https://www.gfdl.noaa.gov/global-warming-and-hurricanes/
Let’s refer to these very important points from this science paper:
“There are better than even odds that anthropogenic warming over the next century will lead to an increase in the occurrence of very intense tropical cyclones globally–an increase that would be substantially larger in percentage terms than the 1-10% increase in the average storm intensity. This increase in intense storm occurrence is projected despite a likely decrease (or little change) in the global numbers of all tropical cyclones. However, there is at present only low confidence that such an increase in very intense storms will occur in the Atlantic basin.”
“Using this additional downscaling step, the GFDL hurricane model reproduces some important historical characteristics of very intense Atlantic hurricanes, including the wind speed distribution and the change of this distribution between active and inactive decadal periods of hurricane activity (Fig. 1 of Bender et al. 2010). The model also supports the notion of a substantial decrease (~25%) in the overall number of Atlantic hurricanes and tropical storms with projected 21st century climate warming. However, using the CMIP3 and CMIP5 multi-model climate projections, the hurricane model also projects that the lifetime maximum intensity of Atlantic hurricanes will increase by about 5% during the 21st century in general agreement with previous studies.”
Here is the figure 1 graph from the paper indicating that indeed more energy is getting expended from hurricanes as heat ramps up from global warming:

What struck me from the paper, though, was that the graphs ended around 2007, so big typhoons/hurricanes haven’t been taken into account since that year. These charts will soon need to be updated. Today’s question of rapid intensification was not considered, just the number of systems and overall strength by the research. Well, the Climate Guy and you the reader are going to be left scratching our heads on this one. Today’s topic cannot be answered or can it? If anyone can point to data or research on the issue of rapid intensification drop me a note and I will add it to today’s post.
……………………………………………………………….
And now to today’s information on Florence:
Let’s pray that this morning’s GFS is correct, stalling Florence off the North Carolina coast then moving the thing out to sea. Remember  yesterday that I gave Florence no more than a 10% of not making a U.S. landfall. I would truly love to be wrong here🤗:
Models are having many difficulties with large scale features at higher latitudes past 168 hours from run to run, which will make all the difference for Flounce’s future track. This morning we see a big trough moving through Canada that would steer Florence clear of the East Coast:

Valid at the same time this huge feature was not there in Canada on last night’s models:

Regardless, people, particularly in the Carolinas, should be preparing for the worst as of today. I have no doubt that at the very least heavy surf, swell and rip tides will be occurring up and down the East Coast soon.

#Florence on visible satellite imagery this morning: Has ingested a lot of dry air esp. on SE side, but is healthy cirrus outflow to NW, and the storm has maintained a tight, rapidly spinning inner core and now with increasing convection around the center… pic.twitter.com/KT7s3RF5aD

Unfortunately, my money is on the more consistent and historically better European model though:

Having seen the weakness in the ridge caused by 94L, the 12z ECMWF came a bit farther NE with a landfall in NC. Seems like a reasonable scenario given strong ridge, but perhaps not as strong as previously modeled (due to 94L). Very latest forecasts http://wx.graphics/models/ecmwf_florence.png … 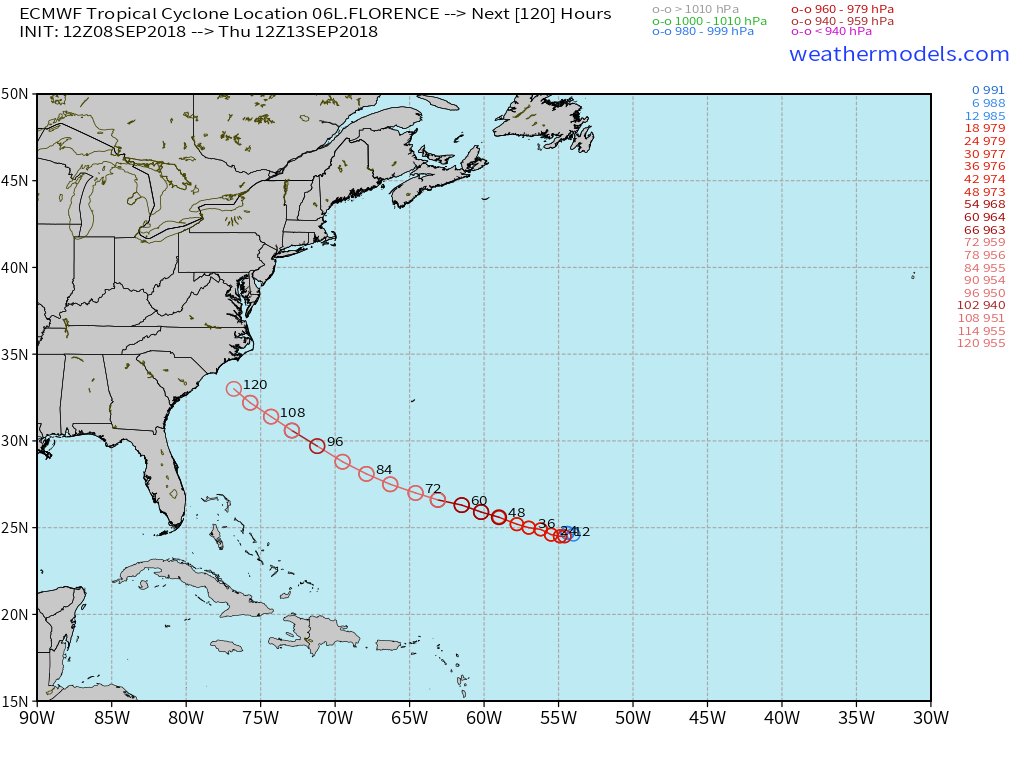 11:26 AM – 8 Sep 2018
Today about half the models are clustered just offshore and half making a landfall in the Carolinas for Florence:

The first recon mission into #Florence will arrive within an hour to assess the intensity and structure of the storm. 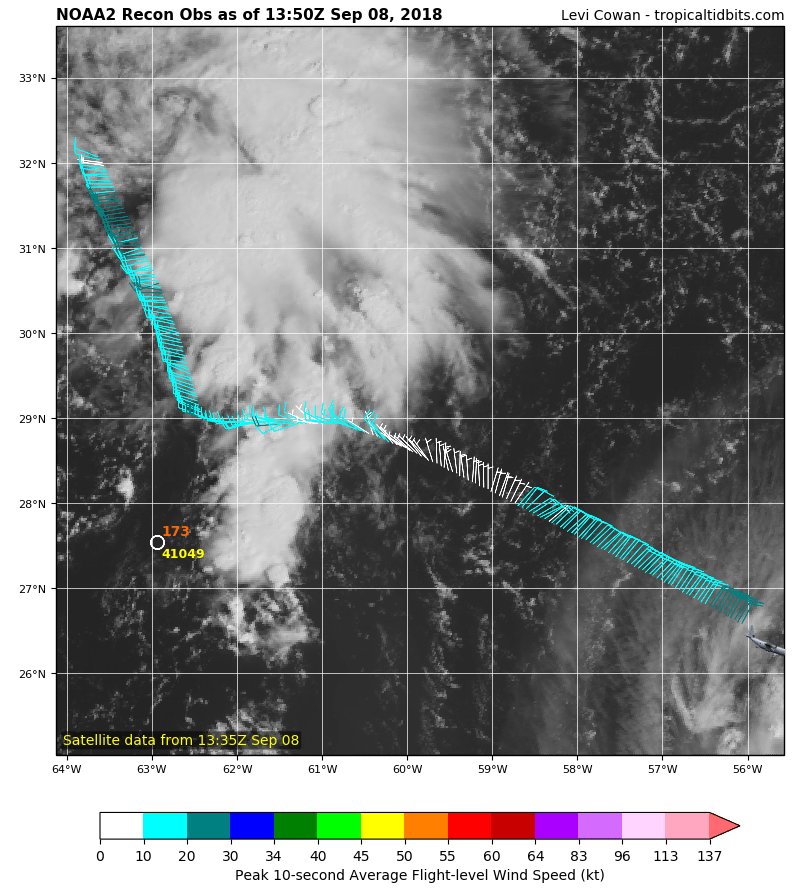 Here is the latest update on Florence. 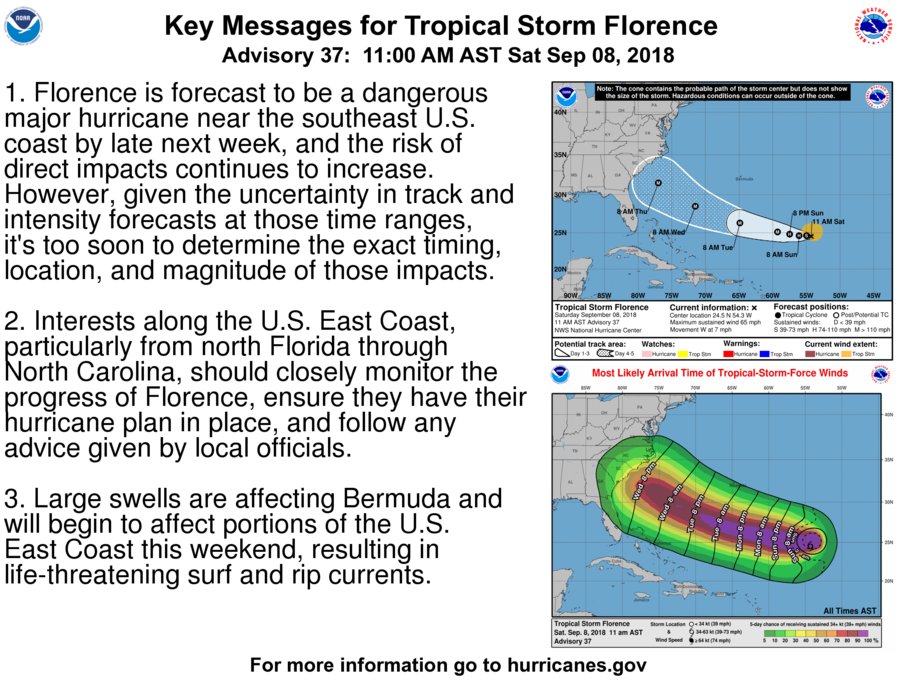 Wow, it’s the strongest wind forecast @NHC_Atlantic has put out for a tropical storm in 20 years. #Florence 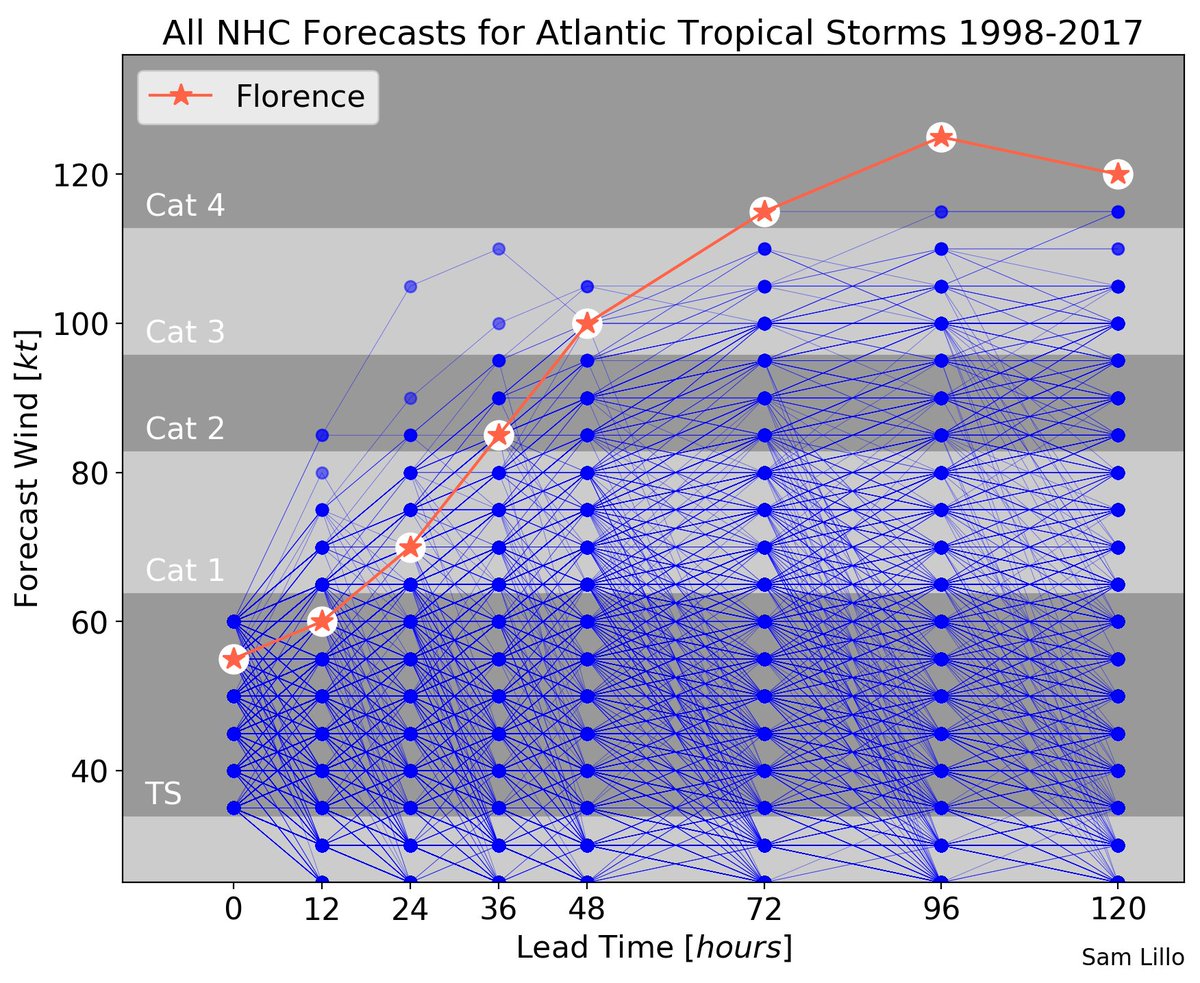 Finally got around to checking this out.

The NHC 5-day forecast for #Florence is indeed the strongest they have ever projected an Atlantic tropical storm in the last two decades.…

In the cone: Odds are rising that #Florence will reach the U.S. East Coast as a major hurricane https://bit.ly/2NnPfsb 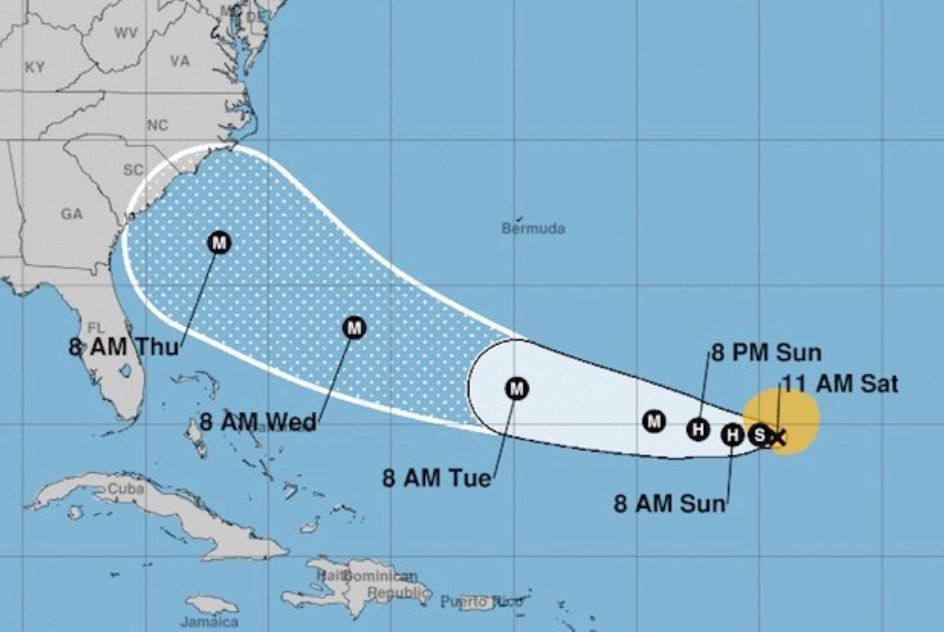 Update, 4pm:
Roughly 90% agreement in the afternoon Euro Ensemble of a Hurricane #Florence between northern Florida and Delmarva.

It’s time to bank on it: All reasonable signs point to Hurricane #Florence as a major imminent threat to the Southeast coast + inland flooding. 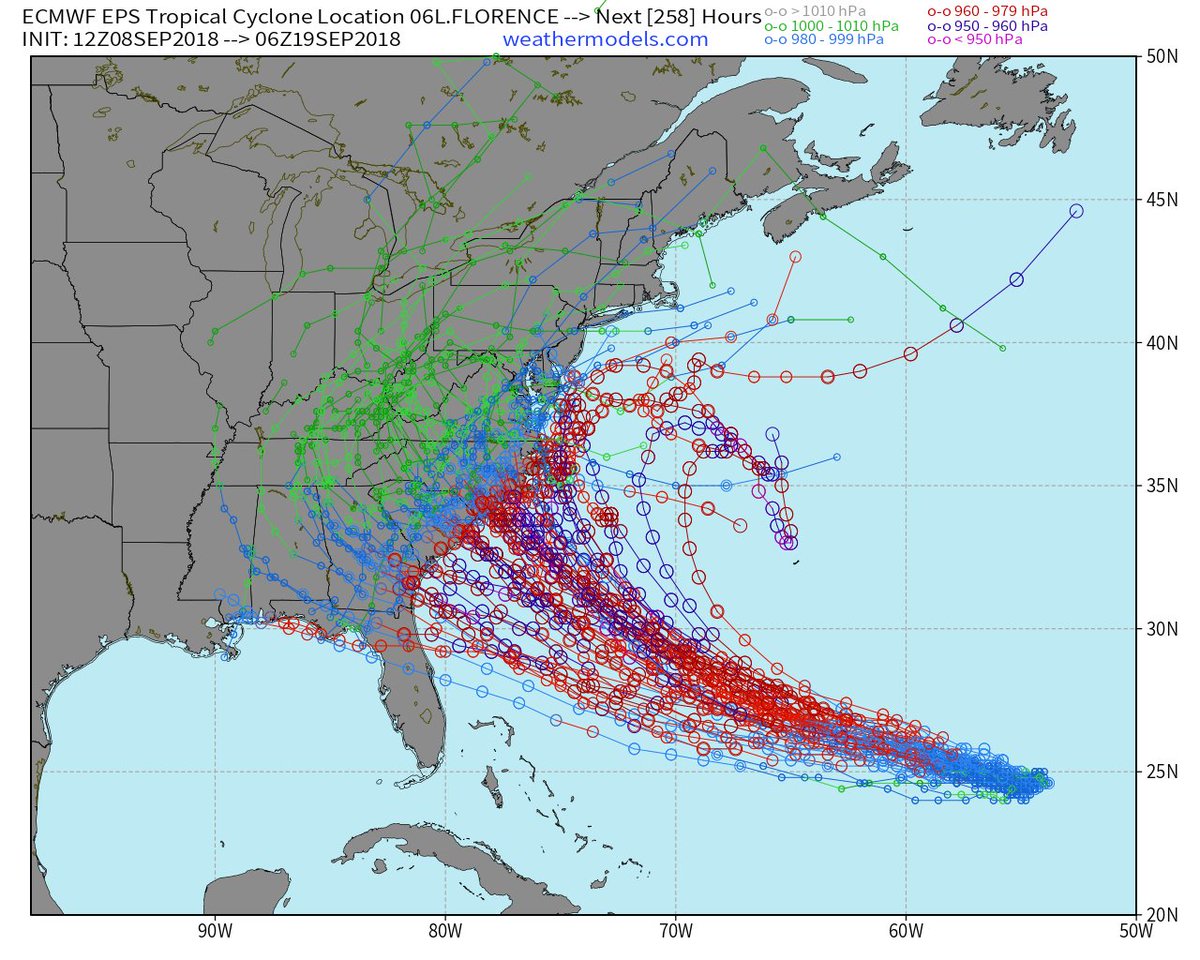 Hurricane #Olivia and TS #Mangkhut are setting their sights on Hawaii and Guam https://bit.ly/2M61PYk 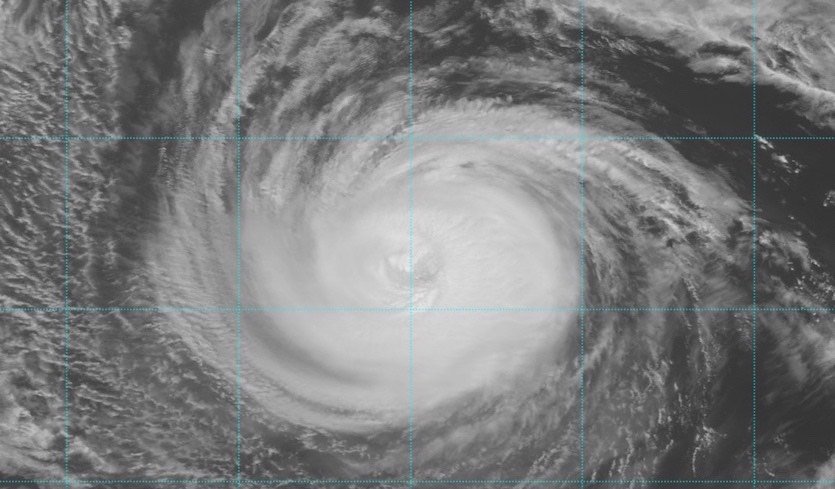 Dear Diary. Here are this evenings updates on Florence:

The 18Z SAT has an awful scenario for the Northeast. After stalling in eastern North Carolina a Canadian short ejects #Florence across all coastal areas through New England…a plausible scenario, but one which will change with each model run. Be prepared! 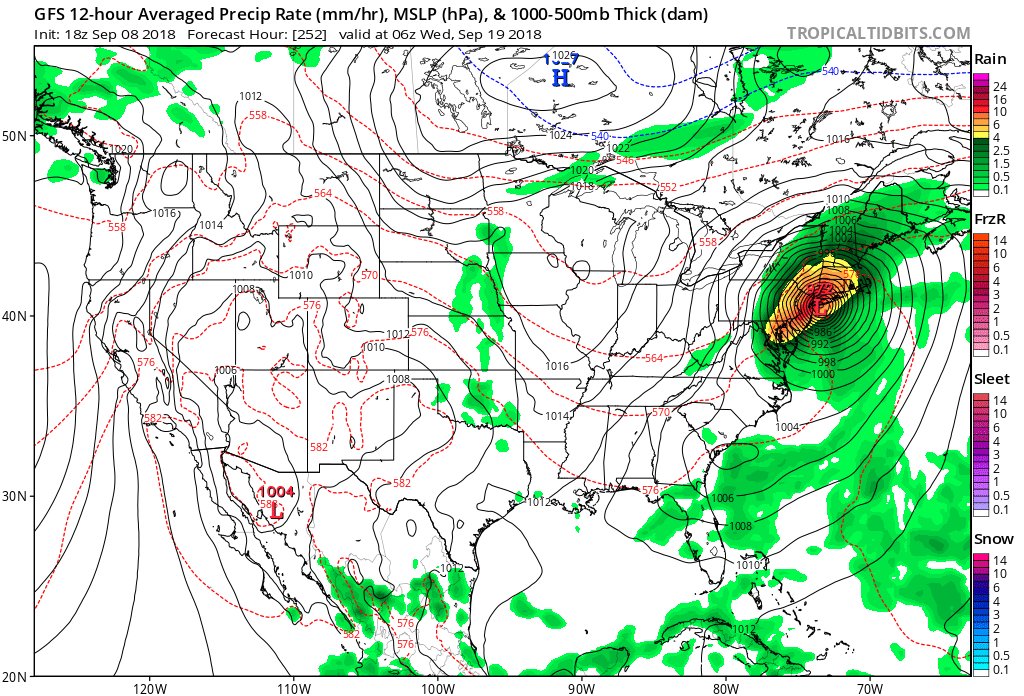 Really critical @NOAA_HurrHunter G-IV mission flying around #Florence to get a sense of its nearby environment.

I’m struck by how well this #GFS fcast sounding matches a dropsonde so far. The 35kt N jet under the outflow layer may still be importing dry air into Florence’s core. 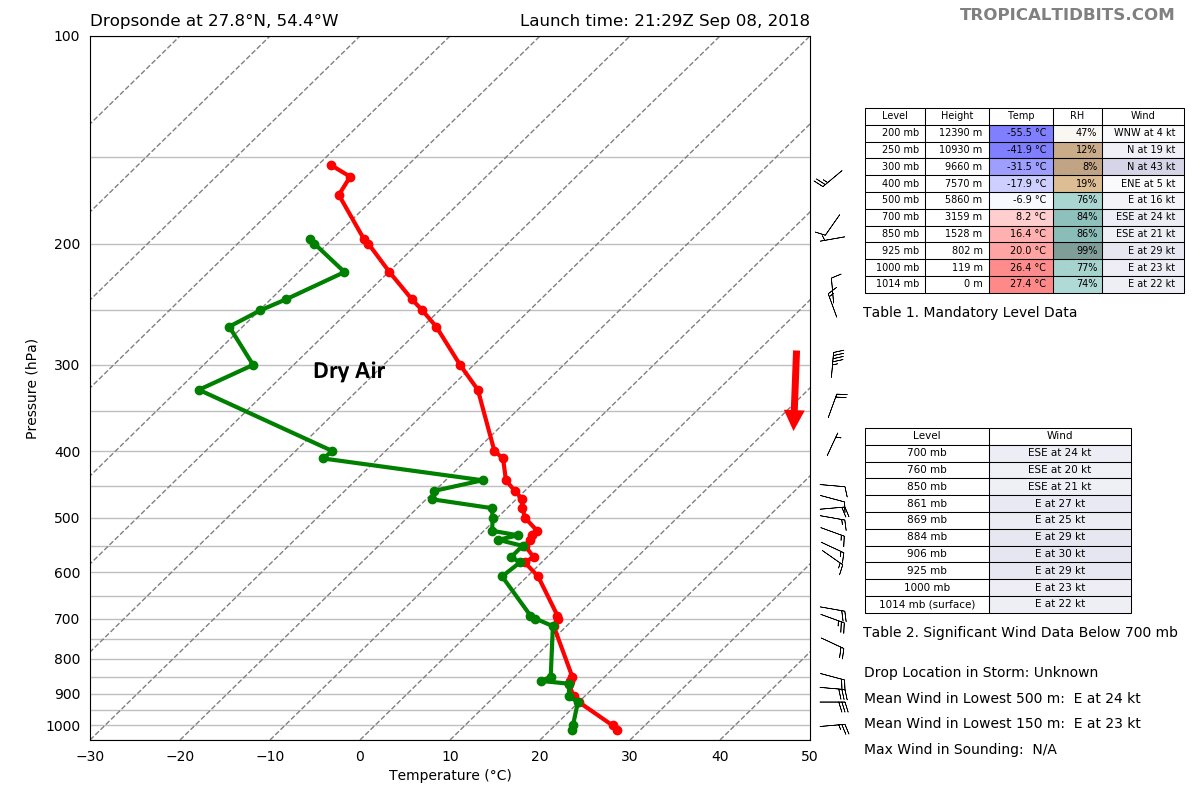 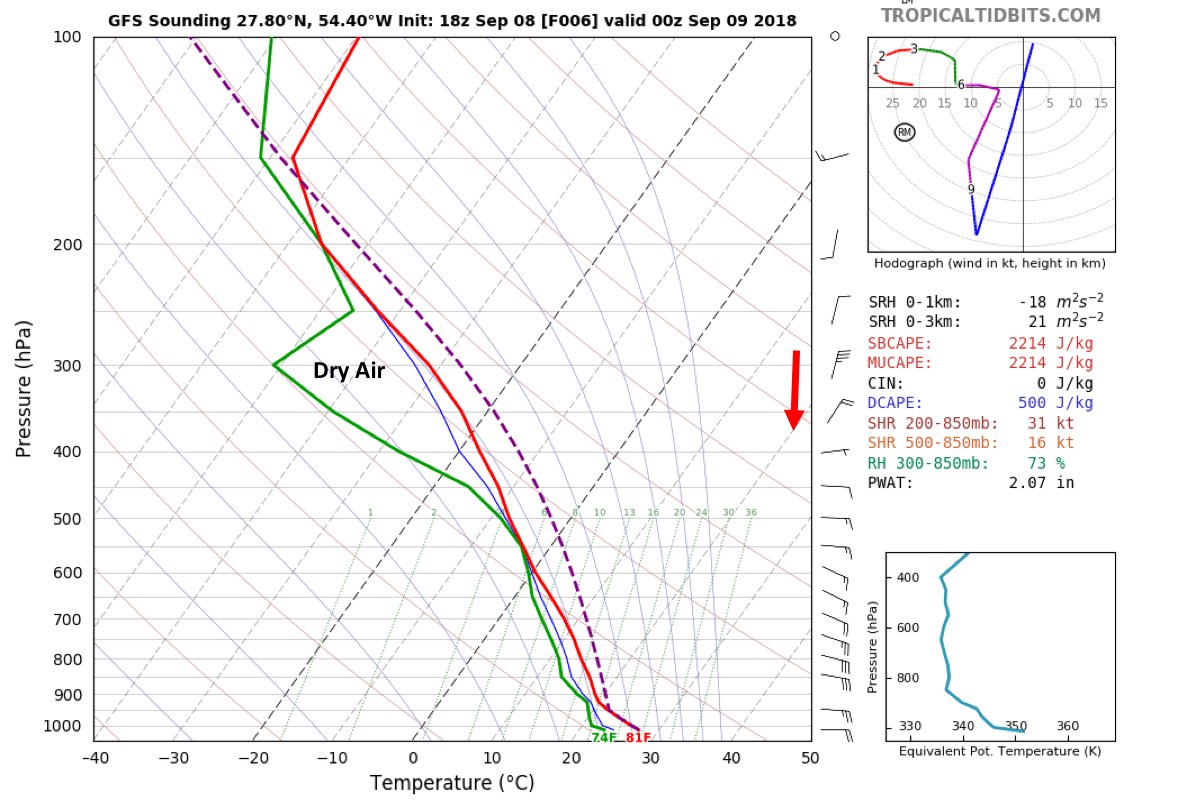 #Trippy #Florence imagery — but with meteorological significance, as it illustrates the consolidation of convection around the center, a step on the way to a lot of intensification… pic.twitter.com/pxnr6z0T0X

The 00Z SUN GFS has crazy low cat5 pressure at its closest point to land. The N.C. Cape will be gone if this model run verifies. The Northeast would be spared since #Florence would be kicked out to sea by a Canadian short wave. Watch for solutions to vary through at least Monday. 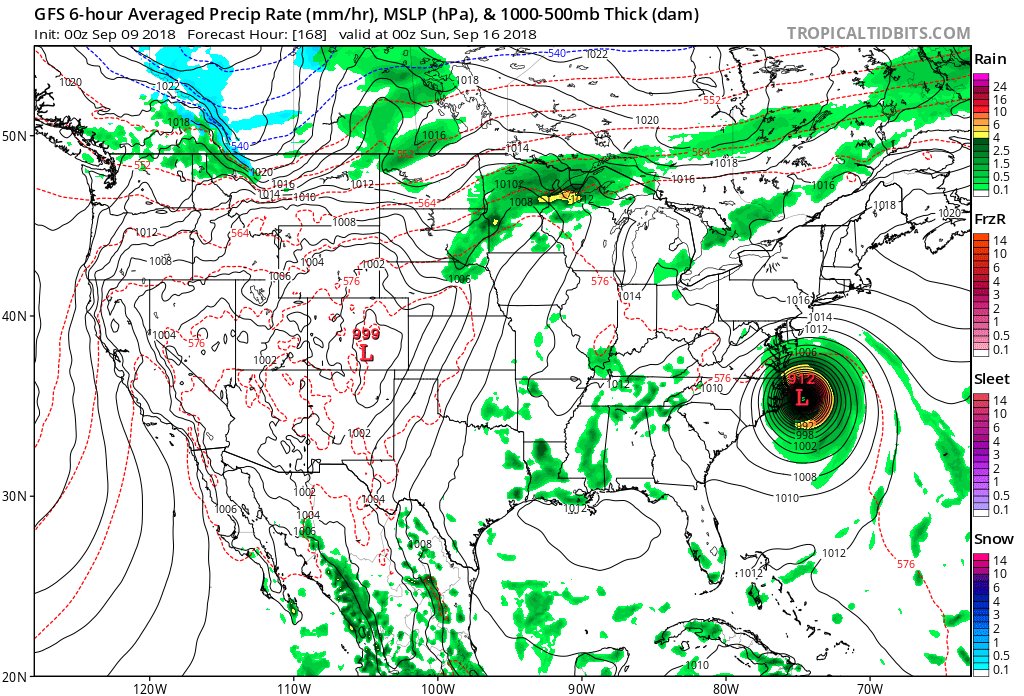 A late in the season 120F in Death Valley, California (breaking record of 118F for a September 8 set in 2012). Their latest 120F occurred on September 13, 1971. Hourly observations are on Pacific Daylight Time, 2 hours behind our time. 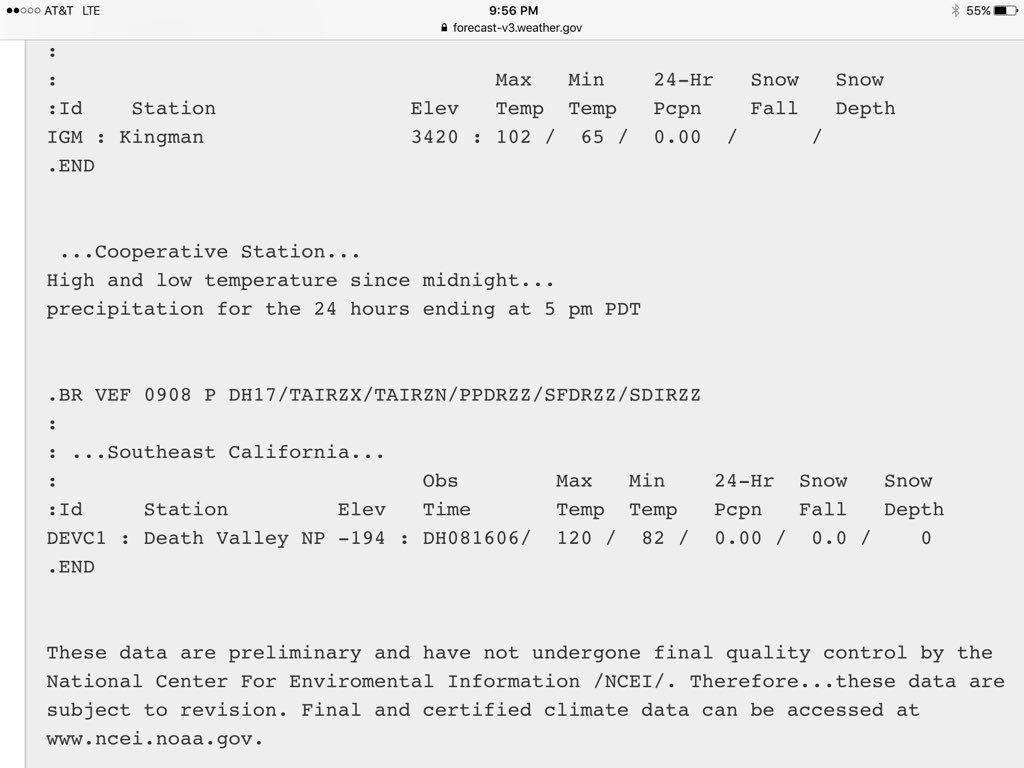 8:03 PM – 8 Sep 2018
(If you like these posts and my work please contribute via the PayPal widget, which has recently been added to this site. Thanks in advance for any support.)
The Climate Guy