I’ve listed three worldwide storm threats in the title of today’s post with Trami getting top billing because it appears to have the potential to do the most damage among the trio. For good details on each see this great post: https://www.wunderground.com/cat6/Kirk-Drenches-Barbados-Rosa-Cat-4-Medicane-Threatens-Greece I didn’t mention Kirk thinking it will be a relatively minor player as it rolls through the Caribbean. Yesterday we linked three systems, Harvey, Florence and potentially Rosa to climate change. In truth all current storms and those going back to at least 1980 in one way or another have been influenced by the growing radiation imbalanced in the atmosphere linked to carbon pollution. The hotter the atmosphere and even more importantly sea surface temperatures surrounding and in the path of storms the more potential energy can be released in the form of heavy rain and wind on us poor humans. This is not rocket science. It’s basic high school physics. As far as attribution to climate change goes today let’s concentrate on the SST’s beneath and ahead of all three systems.

First let’s look at Trami in the northwest Pacific. Here is its forecast track, which would take the system through the heart of Japan: 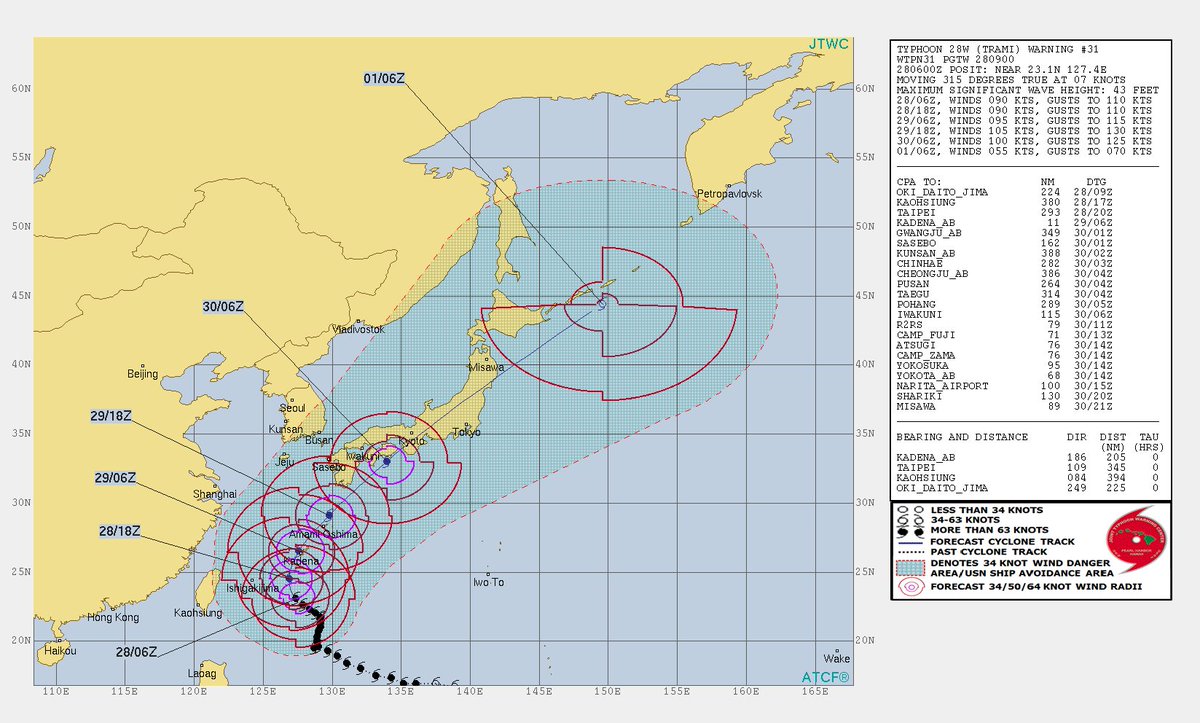 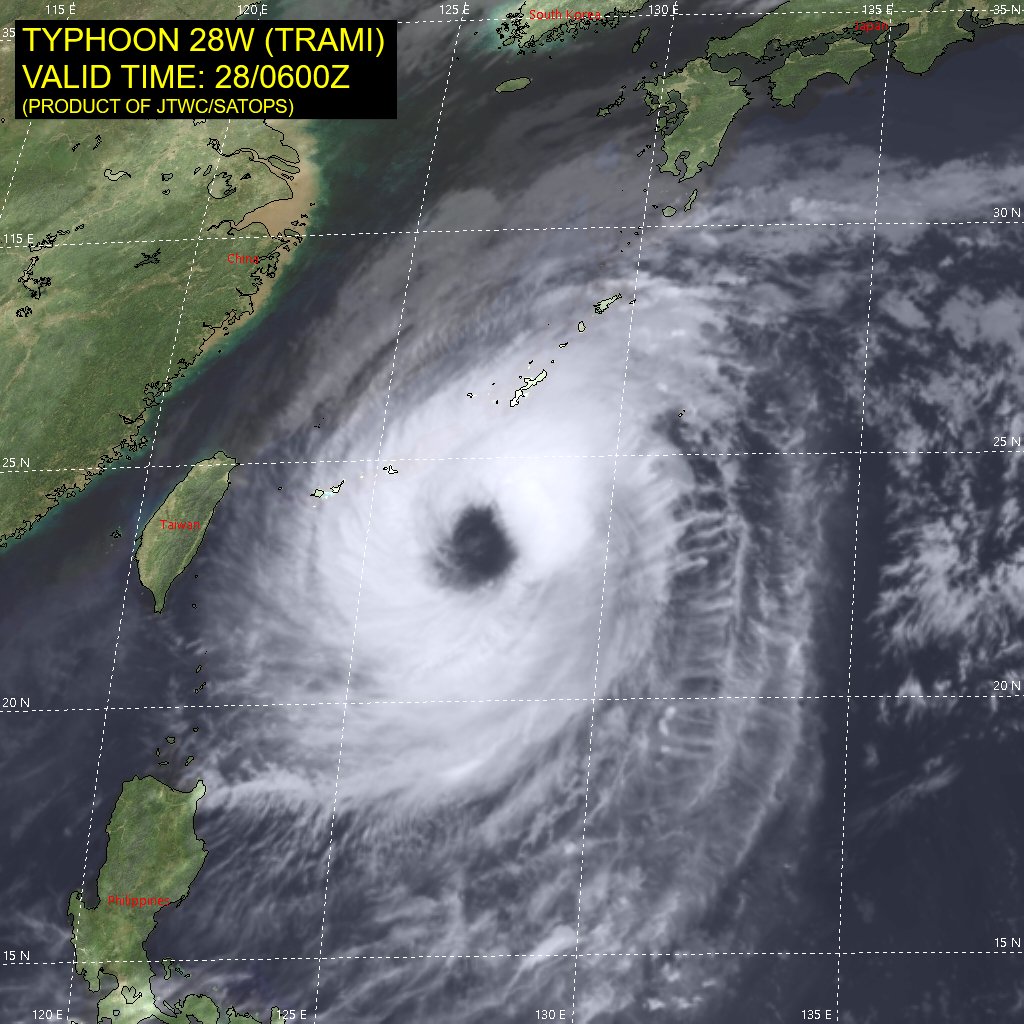 This is a 4 kilometer height GIF of Typhoon Trami. Wind shear forecast still favorable at this time with light mid-level winds. Trami will continue picking up forward speed to the NW then North over very warm water. pic.twitter.com/WIZS6x8BKx

Wow! It is extra warm near Japan and also along the entire coast of Mexico with anomalies of +1.0C to +3.0C.

Let’s take a gander at Rosa:

Tracking #HurricaneRosa as the system moves towards the desert southwest. Localized parts of southern California and southern Arizona may see tropical-storm force conditions. Flash flooding will be the greatest threat for the region. 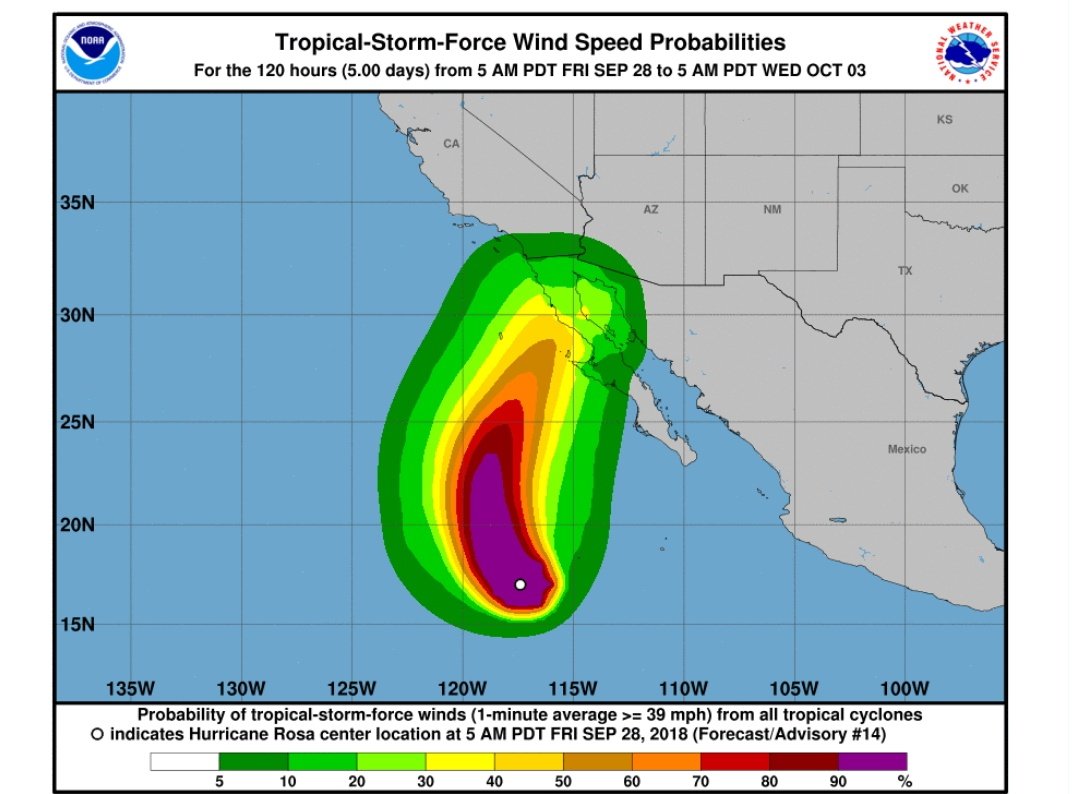 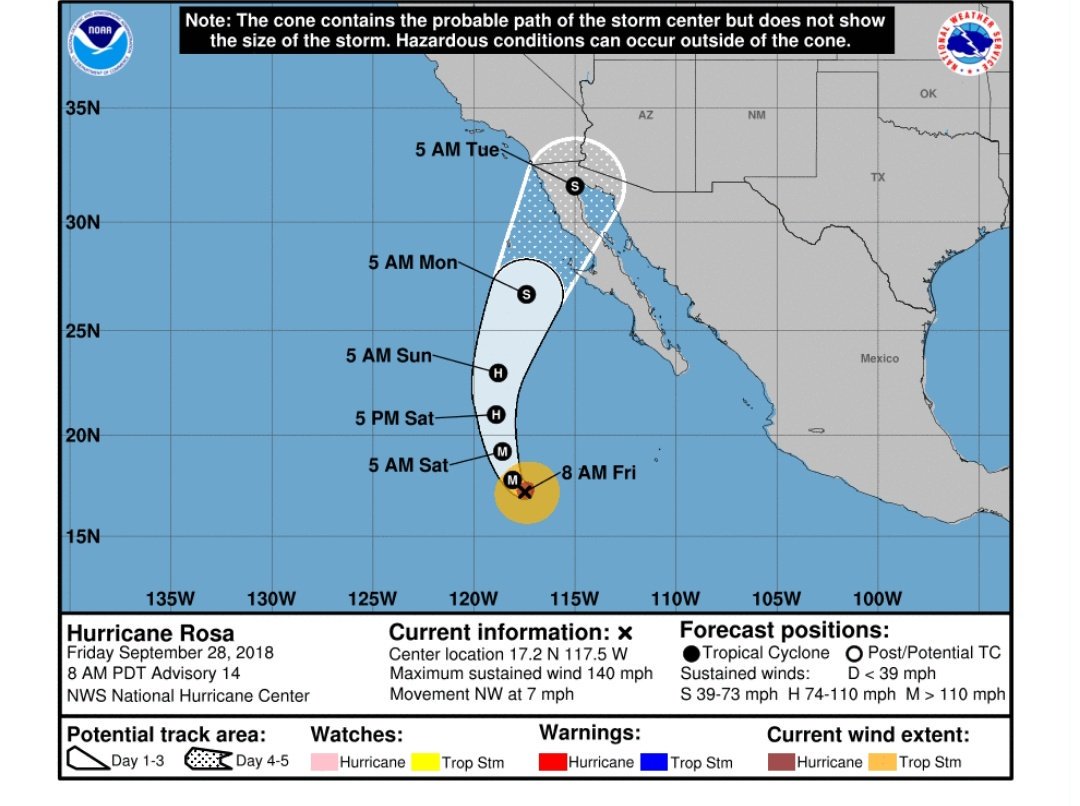 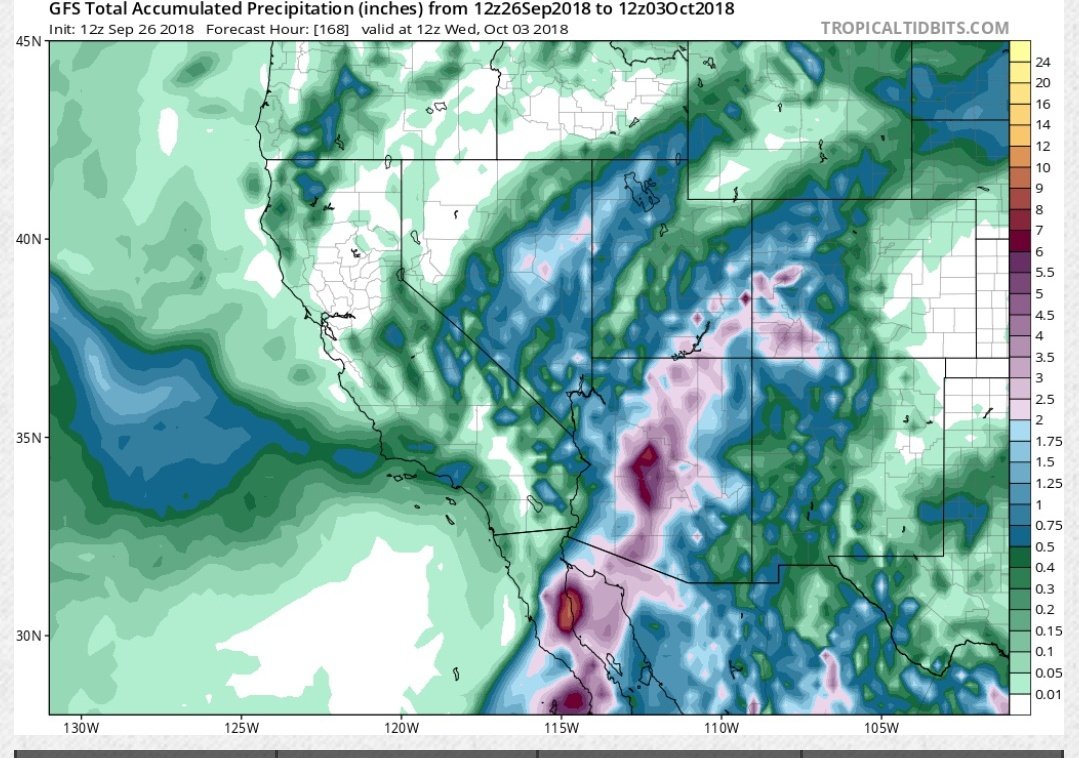 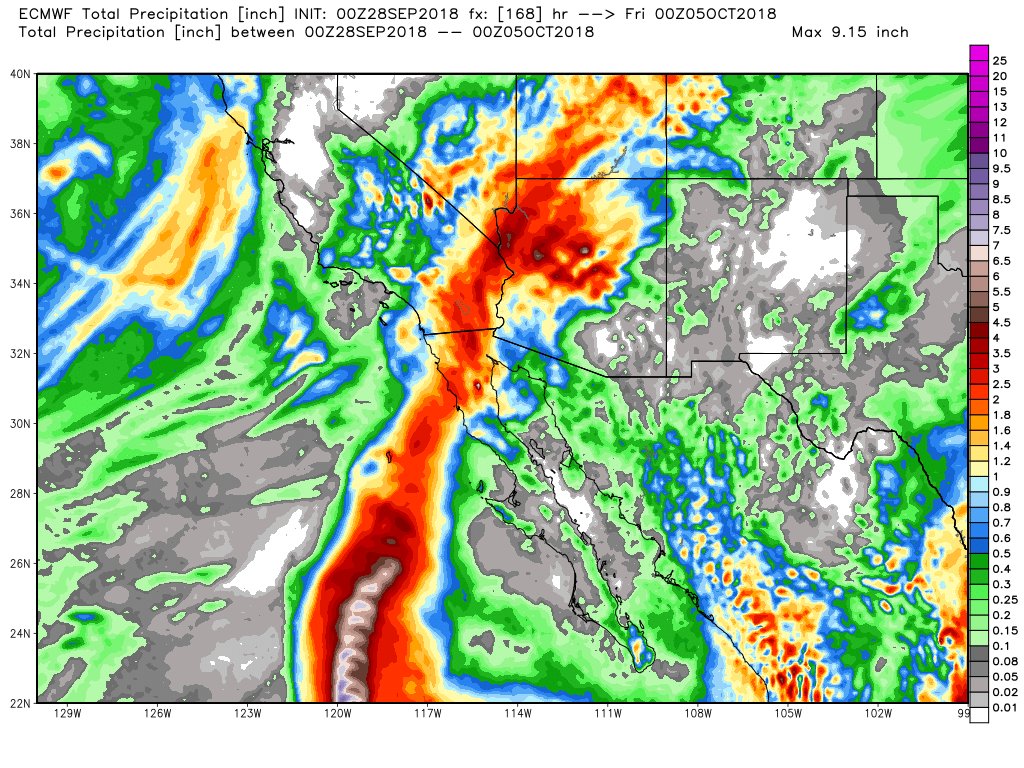 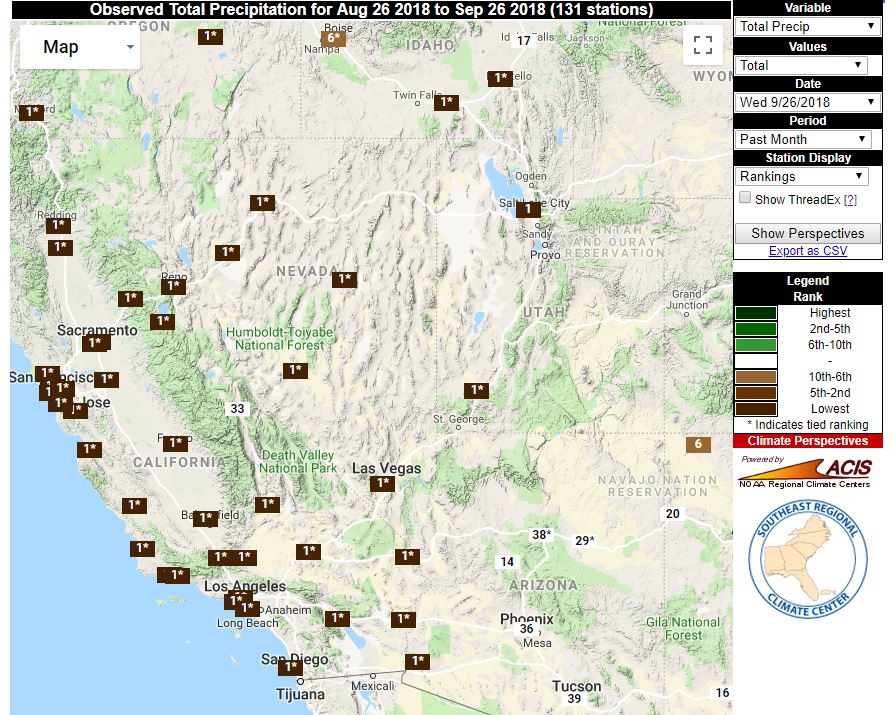 6:32 AM – 28 Sep 2018
As Jeff indicates another sign of climate change is going from drought to deluge, which will probably be the case with Rosa as it moves through the Southwest. We do know from weather history what might be in store for the Southwest:

While parts of Arizona brace for heavy rain and flooding by early next week we reflect back to 1983 when Tropical Storm Octave triggered catastrophic and deadly flooding across the state.

My “Something Moore” weather history article for this week. 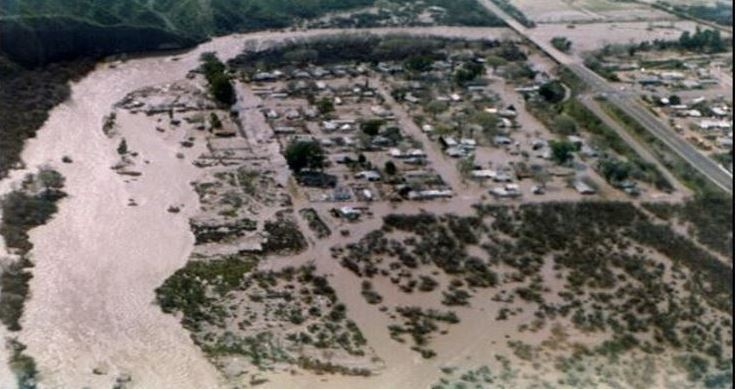 2:04 PM – 28 Sep 2018
Now let’s take a look at the Medicane, a borderline tropical system. This thing is impressive:
Quoting Weather Underground:
“The greatest danger from the storm is heavy rain and high surf. According to Severe Weather Europe, recent model runs predict 4 – 8” of rain along the track of the storm, through southern Greece and into western Turkey. Peak wave heights of 12 – 15 meters (39 – 49 feet) can be expected along Greece’s south-southwest Peloponnese and western Crete, where the strongest winds will likely occur. Maximum wave heights of 9 – 12 m (30 – 39 feet) can be expected in the Greek western Cyclade Islands Friday evening, when the Medicane will pass just to the northwest, as it crosses Greece’s southern Peloponnese.”
Here are current SSTs in the Mediterranean:

Eyeballing SST anomalies on the above left hand corner ofthe chart again we see about +1.0C to +3.0C along the path of the Medicane similar to those in front of Trami and Rosa. Medicanes are not unprecedented, but gee, this thing looks like it deserves a name.😉 So, we have three weather storm threats, all probably made more vicious due to added anomalous heat. I rest my case here letting you, the reader, connect these dots.

Satellite loop of the developing storm in the #Mediterranean – sometimes referred to as a #medicane. Our blog explains more about this phenomenon: https://t.co/9EX7pAxJbr pic.twitter.com/x11VyUfXtA

A #Medicane is going to bring gusty winds and heavy rain to Greece and Turkey this weekend. The strange forecast: https://wxch.nl/2DFzsRM 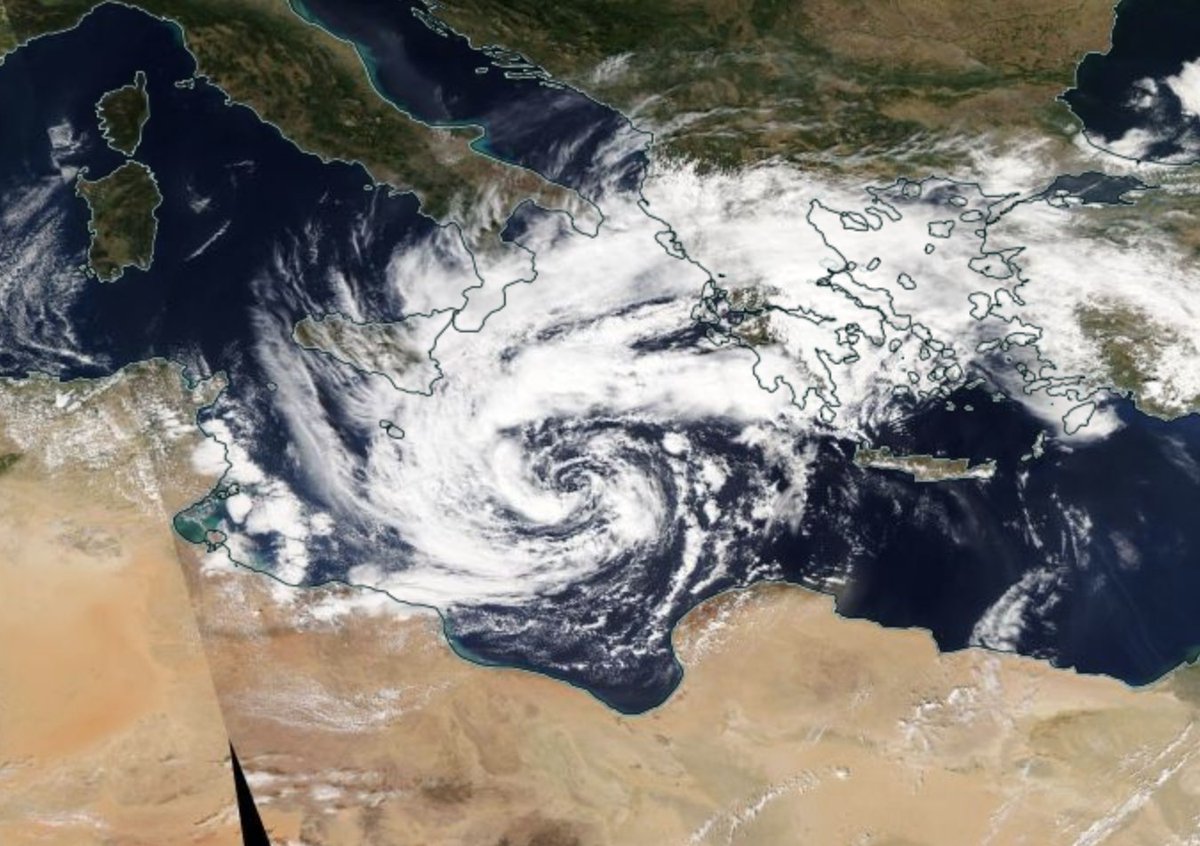 ECMWF 5 day forecast model. Europe 9/28 12 pm EST "Medicane"
A strong "Tropical Storm" moves NNE and makes landfall in South Greece, and immediately weakens to a depression through the North Aegean Sea then dissipates. Water temperature in that area is 26.5 C so T.S. could apply pic.twitter.com/df4b8zh1rB

Here is some of today’s other climate and weather news:

A more honest reading of the 7°F warming report “scoop” today is that incrementalism is worthless in the face of climate change: https://earther.gizmodo.com/trump-administration-warns-earth-will-warm-7-degrees-p-1829395790

Our marginalized brothers and sisters will face the brunt of climate change.

Today is the 29th consecutive day with above normal temps in Anchorage. This is the longest stretch since Aug-Sep 2016. There were 4 such streaks in 2016. #akwx @AlaskaWx