Saturday October 6th… Dear Diary. The main purpose of this ongoing post will be to track United States extreme or record temperatures related to climate change. Any reports I see of ETs will be listed below the main topic of the day. I’ll refer to extreme or record temperatures as ETs (not extraterrestrials)😊.  Here is today’s main climate change related topic:

Australia Gets An Ominous Spring

As the United States moves in time though a “weird” October and fall another country, Australia, is starting their spring with some very “odd” warm weather, as well.  It can be argued that the continent country of Australia more than any other has been susceptible to the beginnings of climate change. Will practically the entire continent turn into a desert? I’ve had my suspicions in this regard for a couple of decades. I invite all to read this Guardian article, which shows how climate change is affecting real people in Australia, telling their stories about coping with a drier and hotter regime:

This fall Australia is off to a rough start for the warm months: 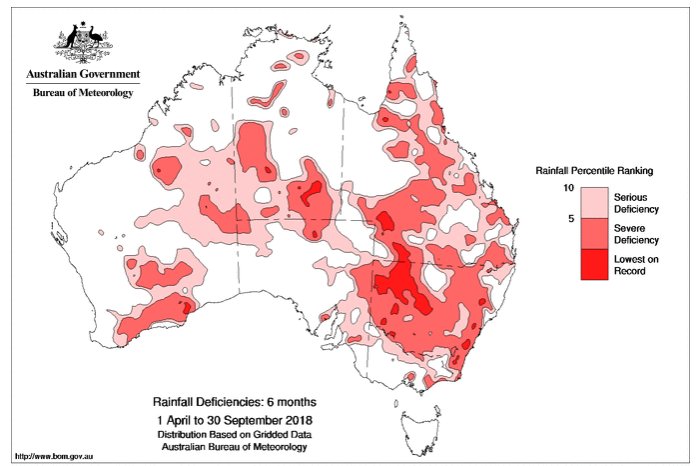 Here is the linked report from the above tweet from Australia’s Bureau of Meteorology:

Rainfall totals were in the lowest 10% of historical rainfall totals for the month in large areas including greater southwestern Western Australia (southwest of a line between about Geraldton and Esperance), South Australia from Ceduna east across the Eyre Peninsula and agricultural districts, much of the western half of New South Wales, and nearly all of Victoria except parts of South and West Gippsland. Total rainfall for the month was the lowest on record for September at many sites in Victoria and Western Australia, and a handful of locations in New South Wales and Tasmania.

The year to date has also been exceptionally dry over the mainland southeast, with significant rainfall deficiencies continuing to affect large areas of eastern Australia at timescales out to around two years duration. Compared to other January to September periods since 1900, year-to-date rainfall has been the second lowest on record for the Murray–Darling Basin, third lowest for New South Wales, and eighth lowest for Victoria.

Accompanying recent low rainfall have been unusually high day-time temperatures, which add to the impact of reduced rainfall, e.g. as seen through reduced soil moisture. Australian maximum temperatures for 2018 to date have been the second warmest on record with an anomaly of +1.36 °C (behind 2013 with an anomaly of +1.54 °C). Both New South Wales (+2.17 °C) and the Murray–Darling Basin (+2.10 °C) have experienced their warmest January–September period on record.

Australia gets its cold fronts from the south. Australia’s climate, therefore, is cooler the further south and closer to its southern coast one goes. Unlike North America, which has a frigid northern zone, the continent of Australia’s southern zones are more like coastal areas of the Pacific Northwest south to about San Francisco, which has a maritime climate. Fronts pass through Australia from west to east bringing beneficial rainfall, and if cold enough, occasionally snow. Most of northern Australia has a tropical climate and relies on bubbling convection, or thunderstorms, for most of its rainfall. In between across most of central Australia is the famed Outback, or desert, which appears to be expanding.

Carbon pollution is beginning to affect the Southern Hemisphere’s jet stream, as well. On this site I’ve written many a post about a weakening, convoluted polar vortex over the Northern Hemisphere. The same thermal dynamics are happening in the Southern Hemisphere, although somewhat slower since in the South the vortex is anchored over Antarctica, which will remain snow and ice caped much longer than that of the North through the rest of this century and beyond. The North Pole is already seeing a lot of open water during summer affecting the jet. In the Southern Hemisphere instead of becoming more convoluted, the polar vortex appears to be slowly shrinking in size. This translates to weaker fronts penetrating as far north from Antarctica as Australia, which in turn means that the country is seeing less rainfall. Snow events, also, are becoming less common.

During cooler times in the 20th century Australia was already an arid country. Adding extra heat from global warming has stressed Australia’s climate to the breaking point. It amazes me that the country and government of Australia has been so reluctant to accept the science behind climate change in the wake of increasing drought and fire weather. We will see what this ominous spring there evolves into summer during America’s winter months.

I’ll be adding climate and weather news for today’s date as the day progresses.

99 out of 100 weather tweets right now about a likely minor tropical storm event Northern Gulf Coast when much bigger risk to lives and property is the unfolding flood event in Plains. 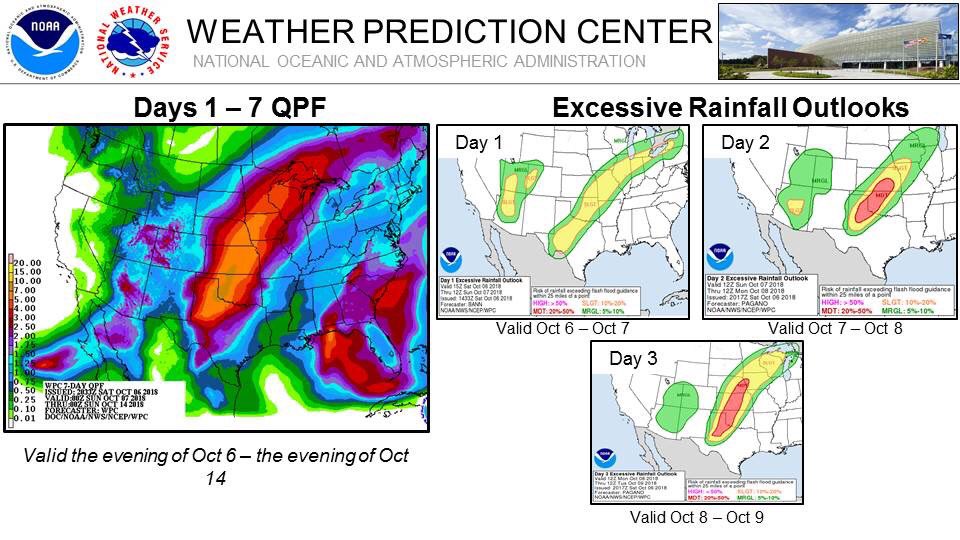 It’s becoming more likely that #91L will end up as a tropical storm or hurricane moving north across the Gulf of Mexico next week https://bit.ly/2Nt4xaQ 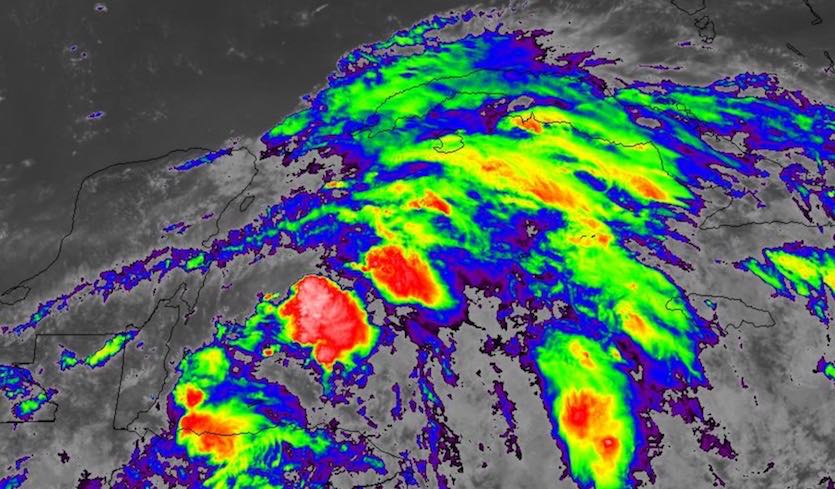 Am fairly certain at this juncture on Saturday that at least a tropical storm will form in the Gulf of Mexico early next week. Strength and track details are very uncertain, though.

GFS model 10 day forecast W. Atlantic 10/6 12 pm
A T.D. forms South of the Yucatan, becomes a T.S & moves North over the Gulf becoming a CAT 2 hurricane & making landfall on the MS, Florida border . It moves NE through the SE as a subtropical storm before moving off the VA coast. pic.twitter.com/68WroBbkQ8

On Sunday summer type warmth will be felt from New York City southward through Florida and westward to Texas and Oklahoma: