Todays main topic deals with both adaption due to fairly rapid climate change and the evolution of human habitats. Large cities like human civilization have only been on the planet for about 5000 years concurrent with the rise of agriculture, and much less time depending on the definition of “large.” In less than 100 years from now perhaps all coastal cities, where most of the Earth’s people  live, will be having to retreat inland loosing population in the process due to rising, stormy seas from polar ice melt. Where will many people go? Probably to inland and already established cities that at least have mild climates as of 2018.

It dawned on me that perhaps my home town of Atlanta, Georgia is a likely candidate being located well away from the coast. Even if all ice were to melt on Earth the new coastline would extend only as far north as southern Georgia, not northern Georgia where Atlanta is located. Also, even the most powerful hurricanes diminish greatly when moving as far inland as Atlanta. Opal in October 1995 did produce gusts to hurricane force, but that was the worst organized tropical system Atlanta has had , so far, in its history.

During hotter summers to come Atlanta may see many days well above 100F, but probably no more than Dallas has now at least through the beginning of the 22nd century. Sitting on a plateau at about 1000 feet above sea level Atlanta has a cooler climate than surrounding southern cities, especially those located along the Gulf Coast, such as New Orleans or Houston, which would also be threatened by sea level rise. Eventually inland cities like Phoenix and Dallas may be abandoned due to excessive heat, especially if global averages get above +2.0C above preindustrial conditions.

Atlanta has no physical geographical boundaries meaning that it can spread and grow. There are no mountain ranges or oceans hindering growth in any direction. Also, the city is not built on a fault line, so the city is not earthquake prone. The only factor that may inhibit more growth is fresh water. Atlanta depends on most of its tap water from Lake Lanier, a man made body of water too small for the region in times of drought, which will likely become more frequent due to rising temperatures from climate change. We had a horrible drought from 2007-2008 in which some climate scientists speculated that Atlanta would run out of water within 100 days. If the city were able to tap into the Tennessee River most problems would be solved, but due to politics and no real planning water won’t be available from this source anytime soon.

Also, Georgia has a fairly wet climate being near both the Atlantic and Gulf, so even during an era of climate change, prolonged droughts lasting more than 2-3 years I would think due to changes in weather patterns would be unlikely. A severe 4-5 year drought would decimate the city.

Currently Atlanta’s population is roughly 7 million people if all of the burbs are included in census calculations. I can remember that only a few decades ago when I first moved to Atlanta in the 1970s that this figure was only about 2 million. Climate change or not Atlanta’s population may be above 10 million by the 2030s at the rate it is growing. Now add “climate refugees” coming from the Gulf Coast later in the century trying to escape the Michael’s of this world, and you can see a big problem…overcrowding, and we are not writing about a 19th century Yankee invasion.😉

Traffic and quality of life here is already suffering due to congestion. Just imagine if we saw double the current population in Atlanta due to people trying to escape the ravages of climate change. The planet is already suffering in overcrowded mega cities such as Sao Paulo and Mexico City where poverty and squalor are rampant. I can see a future in which current inland cities in the U.S. like Atlanta, Denver and Chicago are transformed into the next Calcuttas if good plans with funding are not in place. We already have an example of an inland city being populated today from climate change refugees. Look no further than the country of Bangladesh. From Wikipedia:

“Climate change has forced many people of Bangladesh living in rural areas to migrate to cities that has caused a sharp rise in the slum population of Dhaka.[8] As Bangladesh is already less than 20 feet above sea level, thus there are fears that by the end of the 21st century, more than a quarter of the country will be inundated and 15 million people will be displaced.[8] The population of Dhaka, currently 13 million people, is projected to increase to 20 million by the year 2025. This raises fears of water-borne diseases and outbreaks of several other diseases.[9] While a UN and WWF report warned that Dhaka tops the risk of climate change in Asia.[10]“

In less than a scant decade Dhaka, which is a horrible squalid place now, will morph into something truly horrific. Also, a city can only get as large as allowed by food supply. Will the populations of inland cities get curtailed by starvation and accompanying disease perhaps rectifying the problem of overpopulation in an extreme, tragic manor? The following chart from the European Union, though busy, depicts a multitude of climate stressors that may affect inland cities such as Paris and Moscow, two good candidates for climate refugees just wanting to survive and live a better life late in the 21st century:

Another issue, sadly, will be the matter of racism as more people from different walks of life get crowded into new inland megacities. We already see some signs of this as migrants moving north into Europe and the U.S. are met with disgusting racial resistance. Instead of helping our fellow man more segments of society may want others to be “disappeared,” and we know what that means looking at recent 20th century history.

Perhaps, though, on the positive side smaller inland cities like St. Louis or even Lexington, Kentucky can absorb populations moving away from the coast, given time for adaption. Instead of overcrowding big cities like Minneapolis populations moving inland could be spread out across smaller, medium size conclaves. There is no need to panic, just plan using brainpower from people of very diverse backgrounds. The world is about to undergo the most transformative change since villages became cities about 5000 years ago. It’s up to all to make sure that politically this transition will be a smooth, less painful one.

Here are a few of today’s climate and weather news:

5:45 PM CDT #HurricaneWilla Update: #Willa is presently at Cat. 3 status, but still remains to be a large and dangerous storm. Also, the latest infrared satellite imagery confirms that the storm is about to make landfall near #Mazatlan. #Mexico. (Imagery credit: @TropicalTidbits) pic.twitter.com/vwi55pIcXZ

Though #Willa is weakening, it’s still on track to slam into Mexico’s Pacific coast southeast of #Mazatlan late Tuesday as a powerful, dangerous hurricane https://bit.ly/2D2M58z 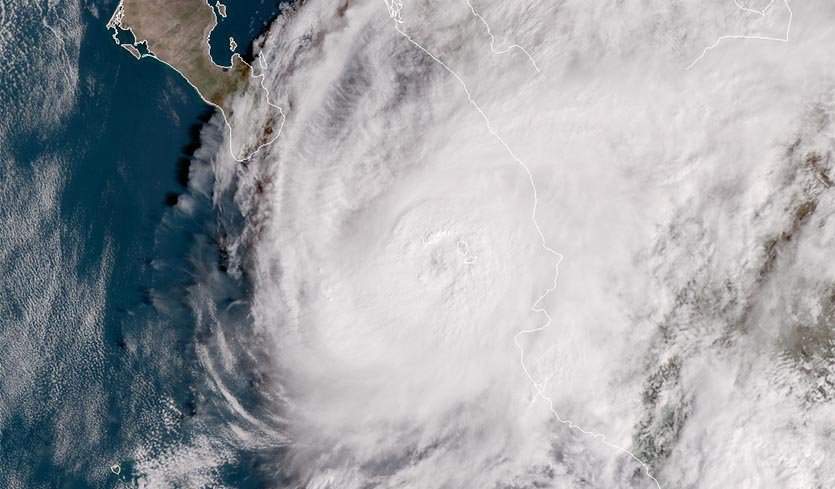 NEW: The Eastern Pacific Ocean has seen its most active hurricane season on record:

Could #Michael get reclassified as a stronger hurricane? It wouldn’t be the first. https://www.miamiherald.com/news/weather/hurricane/article220164630.html … @umiamirsmas 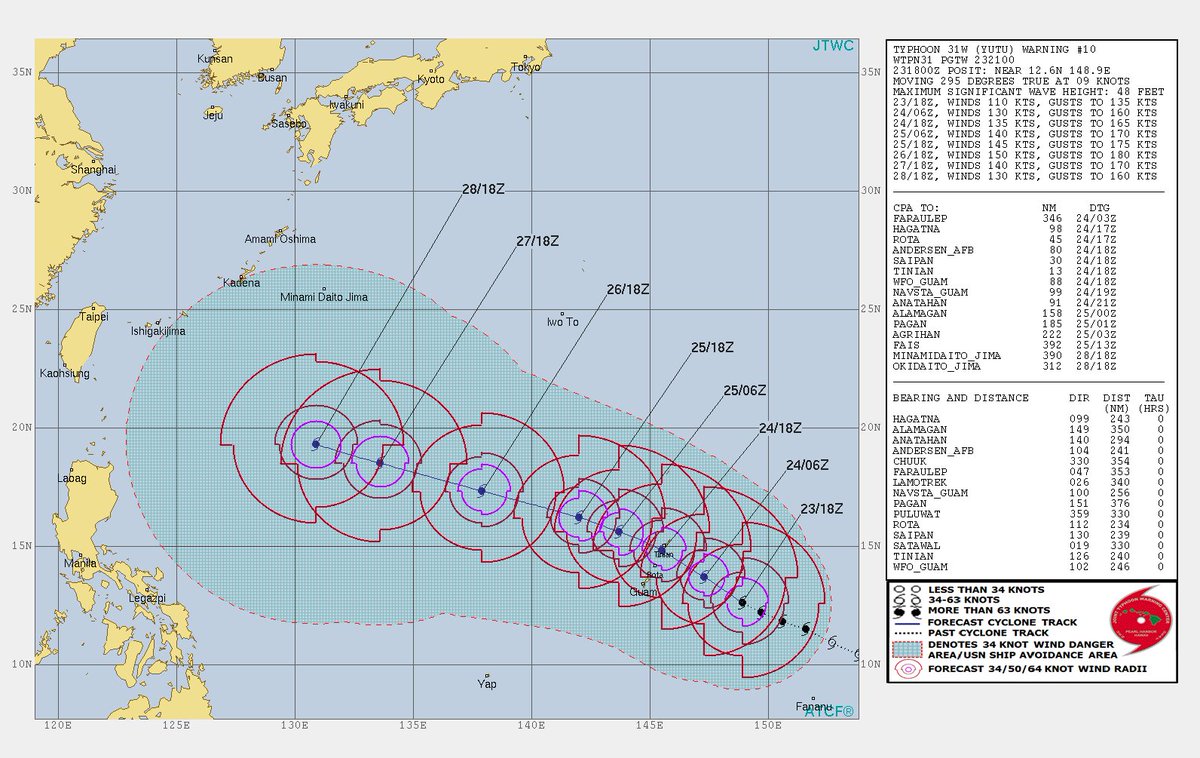 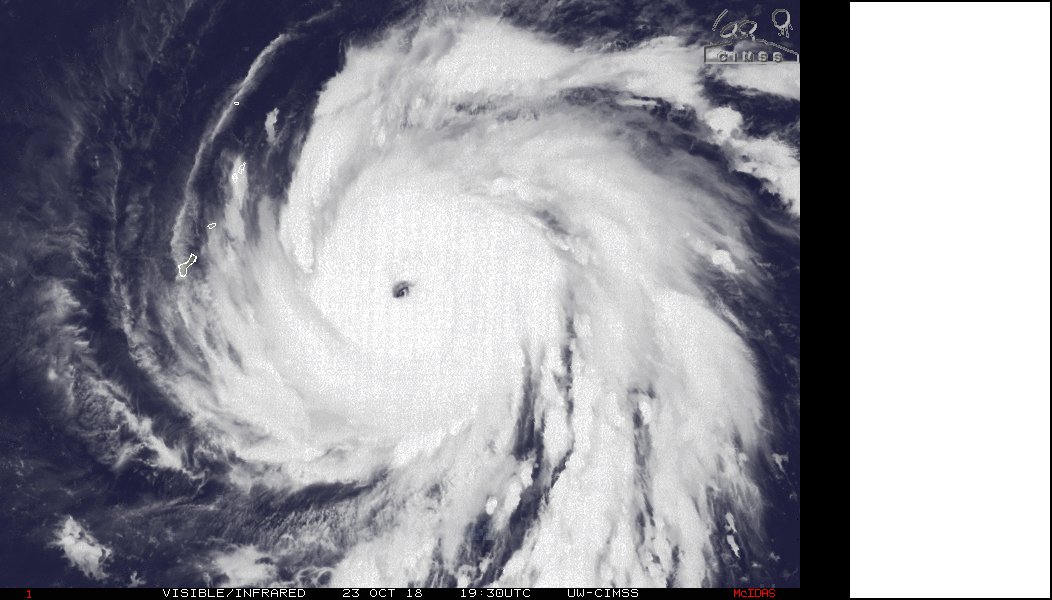 This is from the “storms out of season” department:

Feel free to send them a link to my commentary “College Students Are Critical to Tackling Climate Change”: