Not many people know that I am also a member of the Planetary Society having an interest in astronomy a few years before wanting to become a meteorologist as a child. I know that the Earth’s atmosphere also serves as a shield against meteorites preventing most from impacting the surface of the planet. Smaller stones break up and burn before casing any havoc creating “shooting stars” in the sky. Sometimes though, as happened in 1908 at Tunguska, Russia, a very large meteorite, or small asteroid will strike the planet producing loss of life and much damage. Such events are rare, probably occurring about every hundred years. Of course, my fellow Planetary Society friends are interested in tracking and perhaps due to new tech, thwarting another existential threat to civilization, killer asteroids. My calling, of course, is to thwart killer global warming.

So where am I going here? Suppose that the solar system encountered a debris field of fairly large asteroids with the Earth interacting with some whoppers. These would not be the so called “planet killers,” though, just being Tunguska event size. What would happen would be similar to the World War II Blitz, an off and on barrage of stones acting like bombs, which could level cities, but not enough to snuff out civilization like atomic blasts. I believe that we are at a point now both meteorologically and climatologically that the ocean’s heat content has risen such that Tunguska size tropical cyclones are now being hurled randomly at Earth’s coastlines. What I’m writing is that the chances for a “city-killing” storm are going up.

We are seeing a new regime since the world got up to record warm levels in 2016, partially due to the last strong El Nino, in which the atmosphere and oceans are no longer cold enough to protect some coasts and islands from bigger catastrophic CAT 4 and 5 typhoons and hurricanes. I liken this to our atmosphere not being thick enough to vaporize Tunguska size rocks. Thankfully, our atmosphere is not getting thinner, just more filled with heat trapping greenhouse gasses. These stronger cyclones won’t destroy civilization, just make life more miserable for many while being much more life threatening, spurring a faster retreat from the coast, which was yesterday’s subject. Let’s look at a few details to support my claim.

I saw this information yesterday in association with the ocean’s heat content: 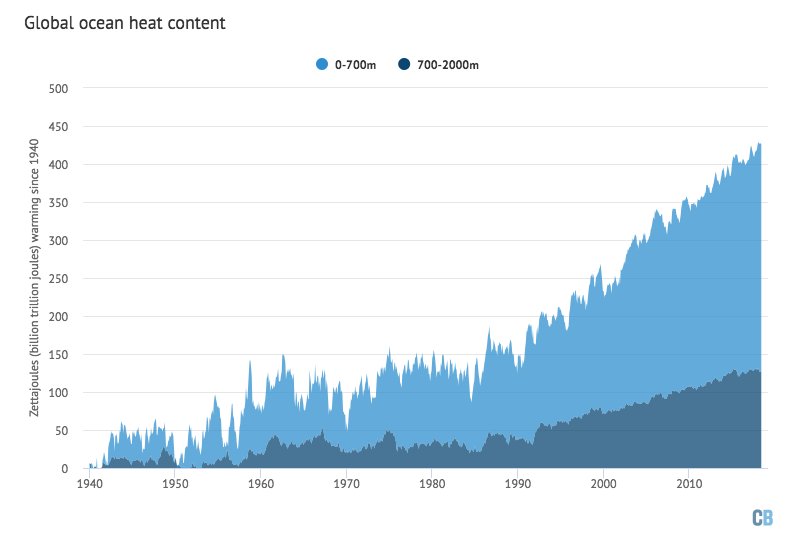 I’m starting to ask the question whether or not the climate has passed the Rubicon or tipping point in which most hurricanes in every ocean basin will rapidly become CAT 3-5s. My young friend Edgar makes a good point just about the United States alone: 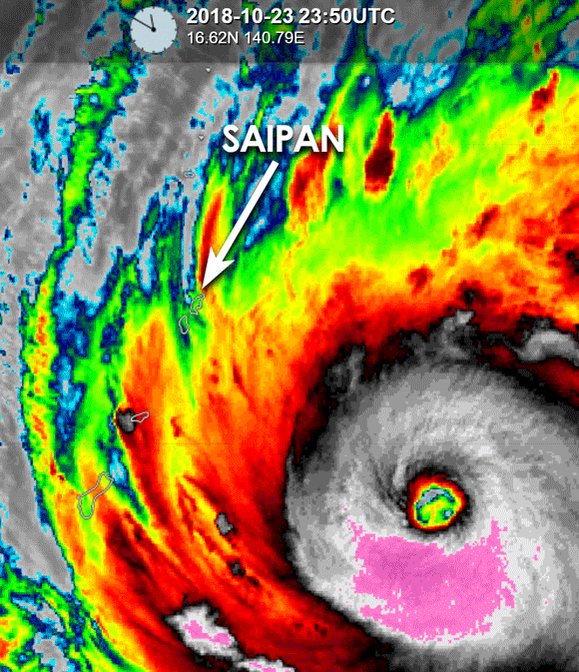 Michael LowryVerified account @MichaelRLowry
Yet another direct strike to U.S. citizens from a catastrophic storm, this time in the Pacific. #Saipan in the very worst part of this ferocious Category 5 equivalent Super #Typhoon. #Yutu
9:59 AM – 24 Oct 2018
Here is more on Yutu:

An extreme tropical cyclone — Super Typhoon #Yutu — and another one with an exceptional amount/rate of intensification in the past 48 hours.. Eyewall now unfortunately blasting across the Northern Mariana Islands pic.twitter.com/tseQEHnfbg

180 mph with gusts to 220 mph. Super Typhoon #Yutu is just about as strong of a hurricane/typhoon as you will ever see.

The islands Saipan and Tinian & their 50,000 inhabitants are taking a direct hit at this very moment. We can only hope for the best pic.twitter.com/HMYMmyZXKR 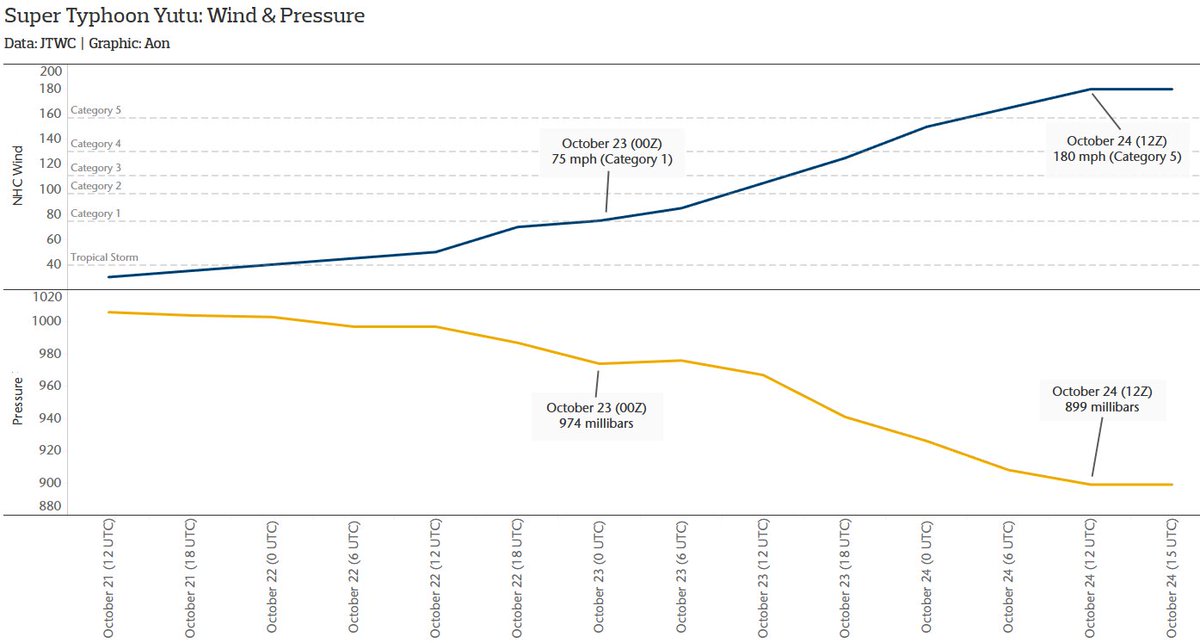 #Yutu is tied as the fifth strongest landfall ever recorded globally (180 mph sustained winds). The only stronger landfall in the U.S. or its territories was the Labor Day hurricane (Florida Keys, 1935). Ominously, 7 of the 10 strongest landfalls have occurred since 2006. 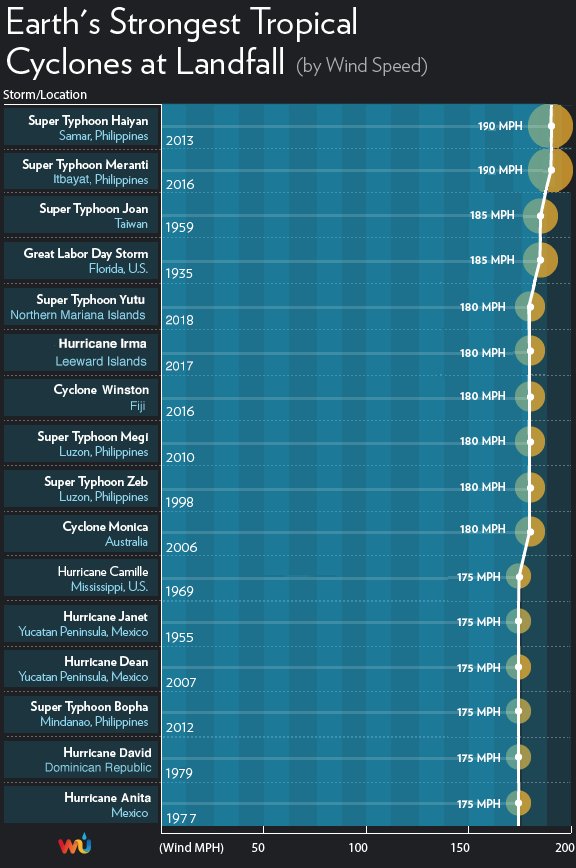 Just yesterday Willa made landfall in Mexico near Mazatlán as a CAT 3 in a strengthening phase:

5:45 PM CDT #HurricaneWilla Update: #Willa is presently at Cat. 3 status, but still remains to be a large and dangerous storm. Also, the latest infrared satellite imagery confirms that the storm is about to make landfall near #Mazatlan. #Mexico. (Imagery credit: @TropicalTidbits) pic.twitter.com/vwi55pIcXZ

At least Willa didn’t hang around Texas to give them too much more rain that could have led to more flooding problems per this old model run:

At the daily meeting of NWP:

ECMWF – "Okay group, what haven't we thrown at them yet for the end of October?"

CMC – "How about, wait for it, we take a Pacific hurricane and turn it into a Great Lakes blizzard?"

GFS – "I'm on it." pic.twitter.com/wfpbzqGoEn

Hit after hit after hit it appears that most landfalling hurricanes within “typical” threatened areas have been majors since 2016. Has the planet entered a climatological mine field of asteroid-like tropical activity? I think so. I haven’t seen this anomaly SST chart look this orange and red worldwide since perusing these things starting around 2005:

Oh, and there appears to be another El Nino in the works adding more heat fuel to the mix.

Why is more heat both in the seas and atmosphere part of the recipe for stronger, more violent storms? Let’s remind readers if the Clausius-Claperon relationship from high school physics:

For more click on this caption with a big purple font:

Coastal cities from  Tokyo to Hong Kong to Houston to New Orleans to Miami to New York beware. In conclusion, borrowing a theme from one of my favorite actresses, Bette Davis, “fasten your seatbelts, its going to be a long, bumpy rest of the 21st century.”
…………………………………………………………………………..
Here is some climate and weather news from Wednesday:

We’ll be watching the West Coast and the Pacific Ocean in a new way by the end of the year: https://wxch.nl/2D4gGCA 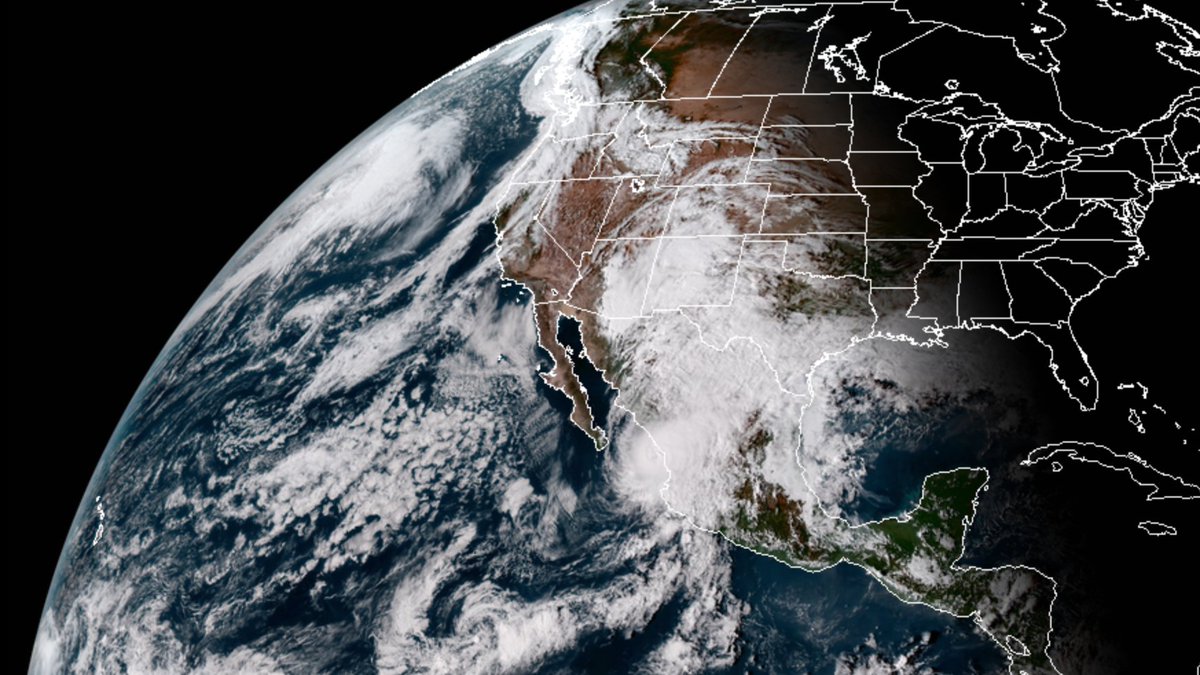