Having been a member of the American Meteorological Society I know that this organization scientifically looks at weather events very thoroughly before publishing articles in their bulletin. At the end of each year for the past six years BAMS has attributed specific events from the prior year to climate change. For the December 2017 issue of BAMS the AMS published an article linking three specific weather events to climate change from 2016:

3) Most interestingly the “Blob” or a swath of higher than average pool of ocean temperatures at high latitudes in the Bering Sea linked to the die-off of birds and codfish in the Gulf of Alaska that lasted 18 months.

Jeff Rosenfeld, the editor of BAMS, can be quoted as saying, “We can no longer be shy about talking about the connection of human causes of climate change and weather.”

For more information here is a new article: https://www.sciencenewsforstudents.org/article/scientists-last-link-some-extreme-weather-human-activities

For the December 2018 issue of BAMS it will be interesting to see if the AMS has found attribution links to Harvey, Irma, and Maria along with the California fires during 2017.

Well Brrr! As I am writing my daily Extreme Temperature Diary post at 2 PM EDT it is currently 22F in Atlanta with a wind chill near 0 in the wake of a storm that dropped 1-3″ of powdery snow. We may see a daily record low maximum in Atlanta established for 1/17/18. Maybe I should reconsider how fast global warming is occurring across the planet? Well…no, unfortunately. I should have a toasty global report for 2017 by the end of the week for my main daily topic.

This morning is the coldest in roughly 20-30 years across large parts of the South–the sharpest since a couple of severe cold outbreaks of the 1980s/1990s. Updated roundup from @wxjerdman of the nation’s worst cold waves: https://weather.com/storms/winter/news/america-coldest-outbreaks …
7:31 AM – 17 Jan 2018 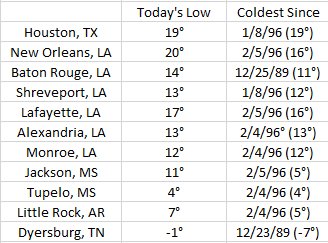 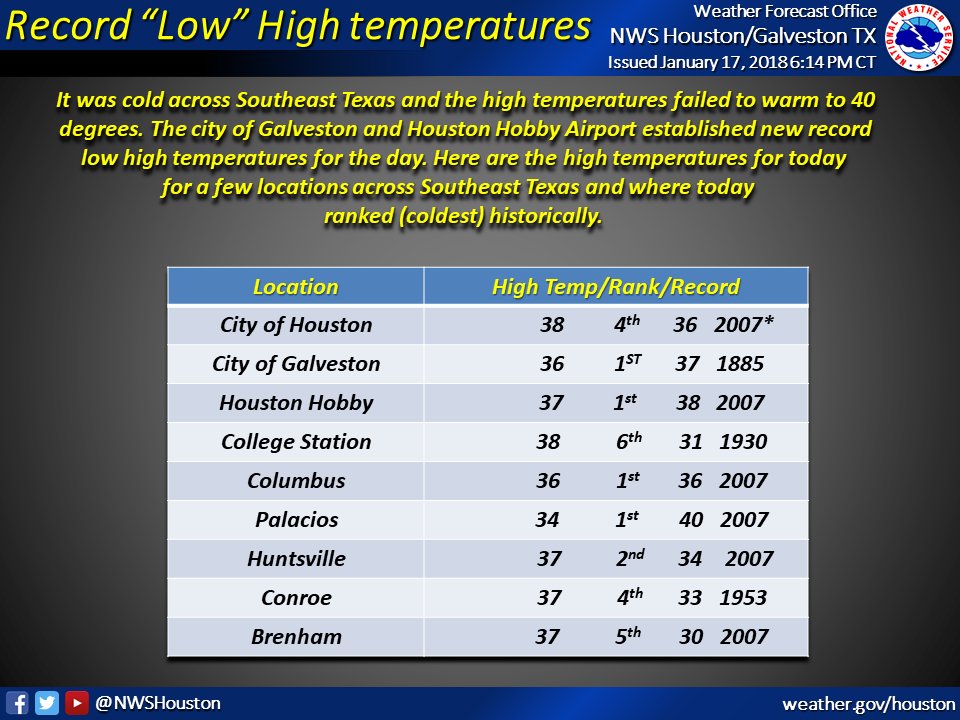 I’ll be posting some chilly ET reports as the day progresses.