Saturday March 3rd… Dear Diary. The main purpose of this ongoing post will be to track United States extreme or record temperatures related to climate change. Any reports I see of ETs will be listed below the main topic of the day. I’ll refer to extreme temperatures as ETs (not extraterrestrials)😊. Here is today’s main climate change related topic:  Blown Away

Aye ya ya…March is notorious for high winds, but this roaring lion is a bit much. We have seem this number before. The Weather Channel has named the current nor’easter Riley. Do you remember Grayson which happened the first few days of this year? Please see my write up about this “cyclone bomb:”

So now we have had two cyclone bombs or nor’easters, which have both been categorized as once in at least a quarter century event. Watt’s (😉) up with that? To refresh your memory of Grayson here is a good graphic:

Sunrise on the remnants of a Nor'easter. Reminder: things that spin are pretty. pic.twitter.com/07iR6v1I80

It’s amazing how similar the two systems look. Once more, what do two powerful systems have to do with global warming? The very short answer: Both Grayson and Riley were made more powerful by an anomalously warm surrounding atmosphere and high sea surface temperatures. Has anyone reading this post heard of the Thermal Wind in relation to temperatures from any thermodynamics class? Probably not, but without presenting equations and borrowing from Wikipedia we have this relationship in Physics:  https://en.wikipedia.org/wiki/Thermal_wind

The key phrase in the above paragraph is “temperature gradients” in relation to high winds. Essentially, the stronger the temperature gradient around a storm system, the higher the potential for strong winds. The last few days I’ve referred to the polar vortex as being “sick” or running a fever. Now this 500 millibar departure from average panel from Friday is truly feverish:

The height anomalies over Greenland are off the scale! It’s no wonder that widespread 70+ mph winds were felt from New England south to Virginia. From my article on Grayson I’ll quote Dr. Michael Mann again:

“Surely such a massive winter storm, with its promise of bitter cold winds and potentially heavy coastal snowfalls, must be evidence against the climate crisis?

Once again, rather the opposite is true. East Coast winter storms, known as “nor’easters” because of the unusual northeasterly direction of the winds as the storm spirals in from the south, are unusual in that they derive their energy not just from large contrasts in temperature that drive most extratropical storm systems, but also from the energy released when water evaporates from the (relatively warm) ocean surface into the atmosphere.

This is a characteristic that these storms share with tropical storms and hurricanes. The warmer the ocean surface, the more energy that is available to intensify these storms. And the warmer the ocean surface, the more moisture there is in the atmosphere – moisture that is available to form precipitation. As the winds wrap around in a counter-clockwise manner, they bring all of that moisture northwest, where it is chilled and ultimately falls not as rain but snow. Lots of snow.”

So, during the winter after Grayson exited the scene did the anomalously warm sea surface temperatures cool off the Eastern Seaboard? The short answer: nope.

Yes, Riley had plenty of warmer than average sea surface temperatures for strengthening. I’m blown away by some of these stats:

13 of the worst 20 nor’easter floods on record have landed in just the last 18 years.
h/t @EricHolthaus #Riley 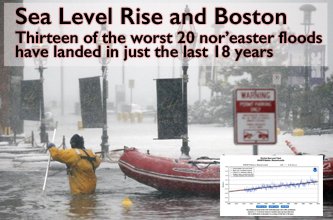 As global temps rise, so do sea levels. 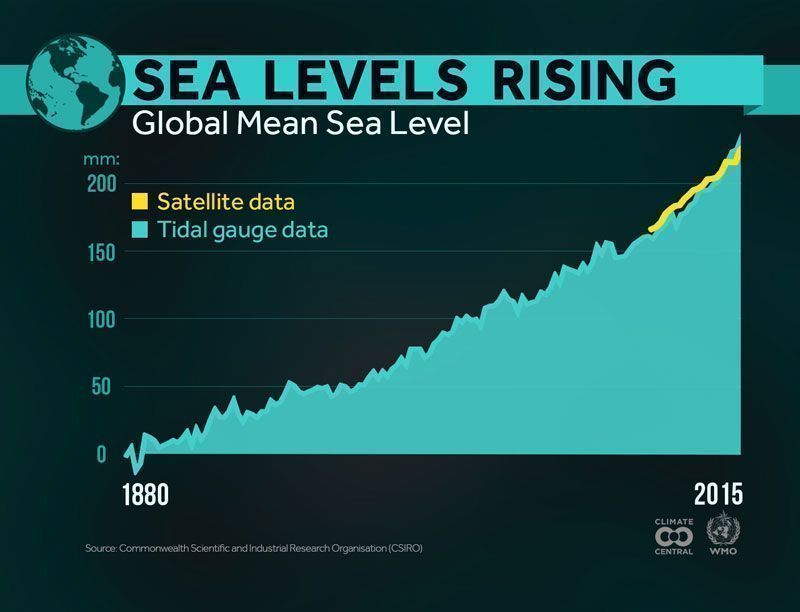 Ironically, a stronger storm can put down a lot more snow: 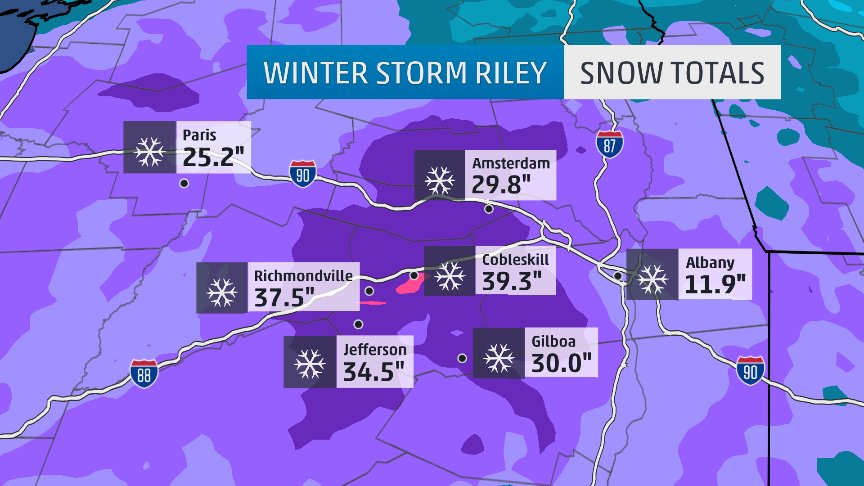 By all accounts, this storm is a monster. It’s also the latest sign that New England’s long-feared coastal flooding problem is already here — and it’s time to admit climate change is its primary cause.
Here is the link to Eric’s post on this nor’easter:  https://grist.org/article/boston-noreaster-hurricane-like-winter-bomb-cyclone/
Quoting from Eric’s piece:
This week’s storm is larger in size than Hurricane Sandy, with winds just as strong. National Weather Service in Boston called the storm’s gusts “about as extreme as it gets” and labeled the flooding it will spur a “life and death situation.” In a harrowing statement, the agency warns of massive power outages, the destruction of coastal homes, and some neighborhoods being “cut off for an extended time” from the rest of the metro area. It’s possible that sea walls and other semi-permanent coastal defenses could be breached, or beaches and dunes erased from the map — exposing vulnerable coastal communities and permanently altering the geography of New England.
Speaking of more upper air arctic warmth for these storms to draw upon get a load of this pictograph: 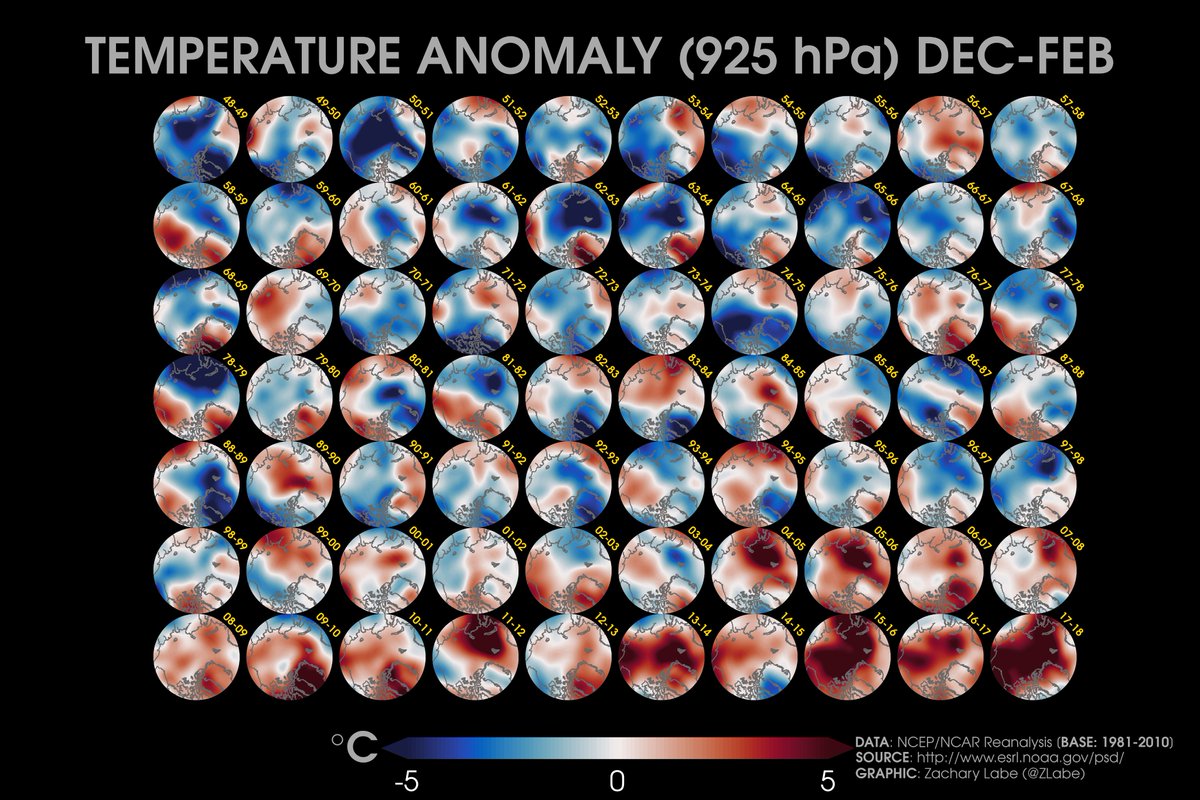