Sunday March 4th… Dear Diary. The main purpose of this ongoing post will be to track United States extreme or record temperatures related to climate change. Any reports I see of ETs will be listed below the main topic of the day. I’ll refer to extreme temperatures as ETs (not extraterrestrials)😊. Here is today’s main climate change related topic:  Closed Lows and Quinn

I’m thinking that one really has to be a hardy soul to live in New England…and even more so with giant storms bearing down on the area recently. In January we had Grayson pounding  the Northeast. The “cyclone bomb” that The Weather Channel named Riley pounded a wide area from Virginia to Maine. Unfortunately, I and other meteorologists have high confidence that a storm already named Quinn will become the next nor’easter to blast New England as early as Wednesday evening. Looking at met. tea leaves TWC’s named Quinn has the potential to be just as powerful as Grayson or Riley. So, we could see three “once in a quarter century” type events affecting the same area in the span of just three months, and there is even the potential for a fourth. Watts (😉) up with that? Duh…could it be climate change?

Closed lows at 500 millibars are actually storm systems, or the representation of how strong storms are about half way up in the atmosphere. When I was at TWC for 31 years my colleagues started to notice more analyzed closed lows on charts, particularly after the turn of this century. Now, I can’t point to many studies showing that there have been an increase in the number of closed lows on 500 millibar charts, but after eyeballing these things since 1980 l believe indeed this has been the case. This study that my friend Fraser MacLeod dug up is a start:

Also, should someone wish to do additional statistical analysis on closed low frequency, be my guest.😃

Think about this visualization of the polar vortex. I’d suggest that during the climate of the 1970s the thing was larger and fairly round. When warm air got injected pole ward we saw plenty of what are called full latitude troughs moving south in response, which would usher in cold air deep into Florida, for example, without pinching off and producing a closed low or storm. That’s not to write that some perturbations in the vortex during the 1970s did become closed lows. There were plenty. Now, however, we see much more warm air masses being injected northward, which are causing from what I can tell, more cold air being pinched off from the vortex forming relatively more closed lows.  Take a look at this chart valid for when Quinn will be affecting the Northeasti

My oh my. We see the closed low that is Quinn over Long Island, a parent low over Michigan, a closed low approaching the Pacific Northwest, one near Greenland, two closed lows near Alaska, and two weak closed lows (or nearly closed) in Northwest Canada. Essentially, warm air moving up into higher latitudes is pinching off some of the remaining cold air forming these lows. I’m  going to make the argument that as the planet warms due to carbon pollution closed lows or storms will increase in between ever stronger, larger, warmer ridges.

If true, this would be very bad news for the planet and humanity since  areas such as New England would not only be prone to stronger storms but more storms, as well. Is what we are witnessing in New England this winter the new norm? This is the problem with climate change. We are beginning to go so far out of the bounds of what humans have witnessed in history there is no analogue. What I have been doing on this post is merely “educated speculation.”

Quinn is currently moving from the West into the Plains, so we don’t have to speculate about the existence of that storm. As of this writing we see the typical winter storm warnings and even blizzard warnings in the northern Plains. What’s striking to me are a slew of fire danger advisories in the western High Plains due to exceptional dry weather over the winter, perhaps another earmark of climate change:

By Thursday looking at data and tweets from Weather.us we are starting to get a clearer picture of what type of storm Quinn will be:

How often do we get two warm seclusion cyclones within 50 mi of ACK in one week? Another high impact storm arrives Wed-Thu, this time with more snow and (slightly) less wind. Bruised beaches will be battered once again. Maps via http://weathermodels.com  & https://weather.us/model-charts/euro/657-w-426-n/temperature-850hpa/20180308-0900z.html … 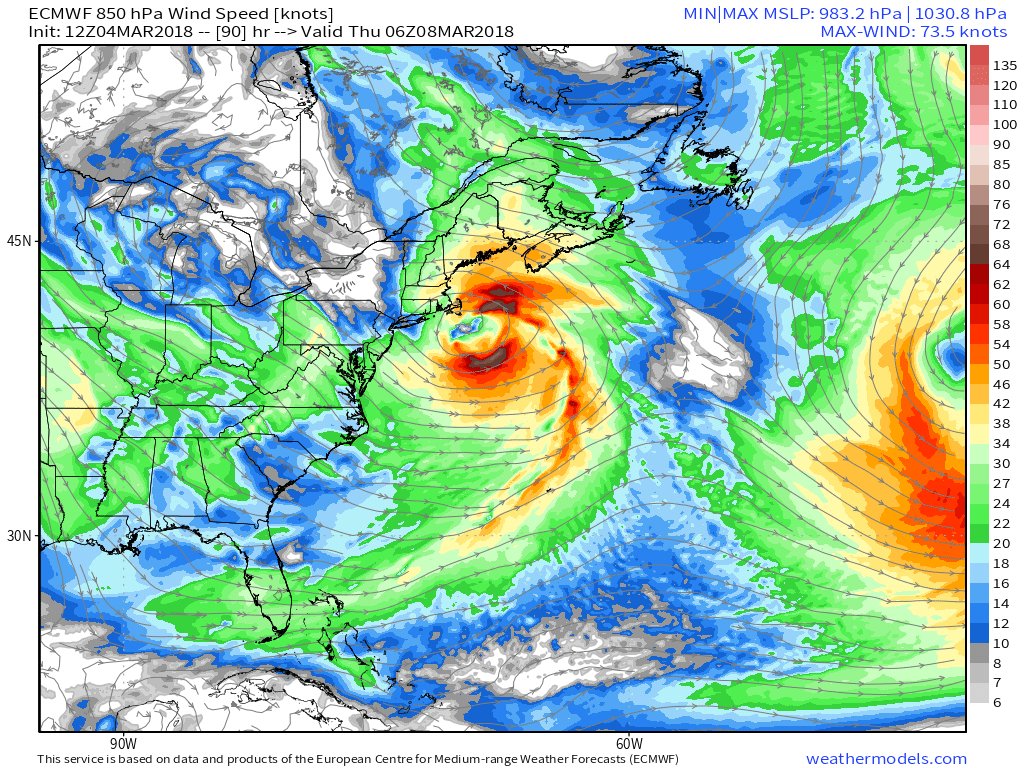 Who’s ready for another Nor’easter? Next (chance for) one is mid-late this coming week. Looks like less wind/surge but more snow (in NE) than yesterday’s. Details beyond that are still uncertain and will be refined in the coming days. Forecast model maps: http://weathermodels.com 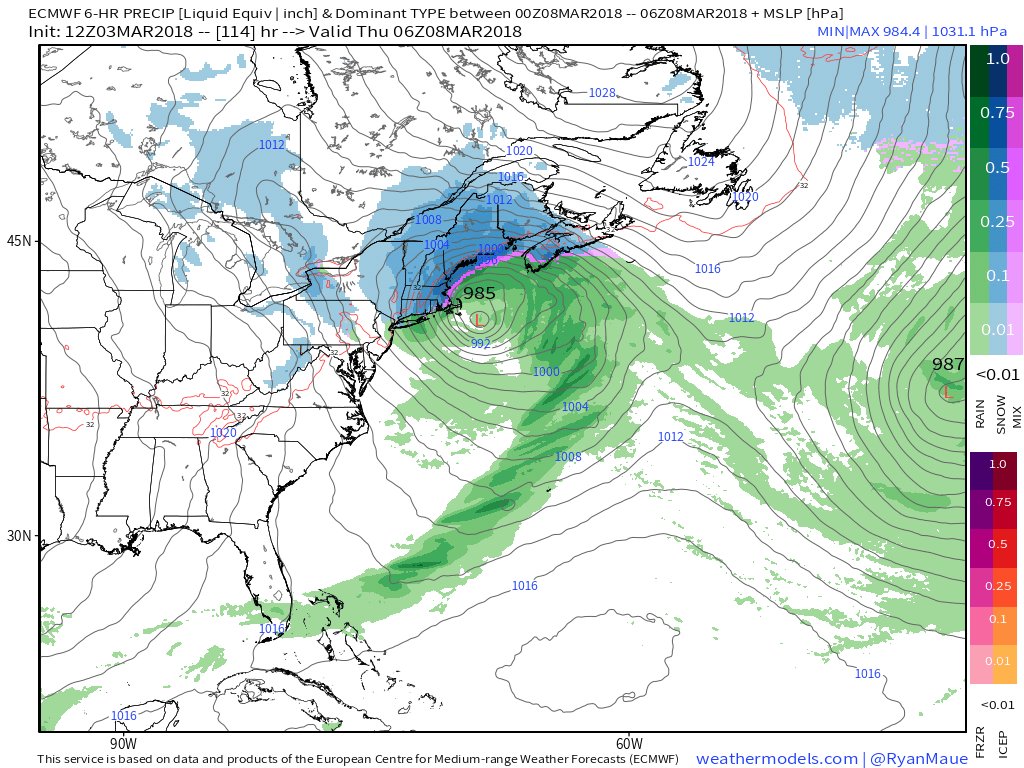 New England should stock up on essentials (toilet paper, bread, booze) as this storm Wed-Thurs nudges a little closer to the coast — and it could more intense e.g. a bigger “bomb cyclone” than currently in 4-day model progs. ECMWF 12z maps (https://weathermodels.com )

Another storm headed to New England, and yes storms of this size have happened before. Now, however, the seas are higher, and the atmo can hold/dump more warmer. Why? This is what AGW looks like – increasing risk of damage & lives lost.
1:35 PM – 4 Mar 2018

The power of water.  93% of Scituate still w/o power.  Race against time before the next storm.  #peggottybeach 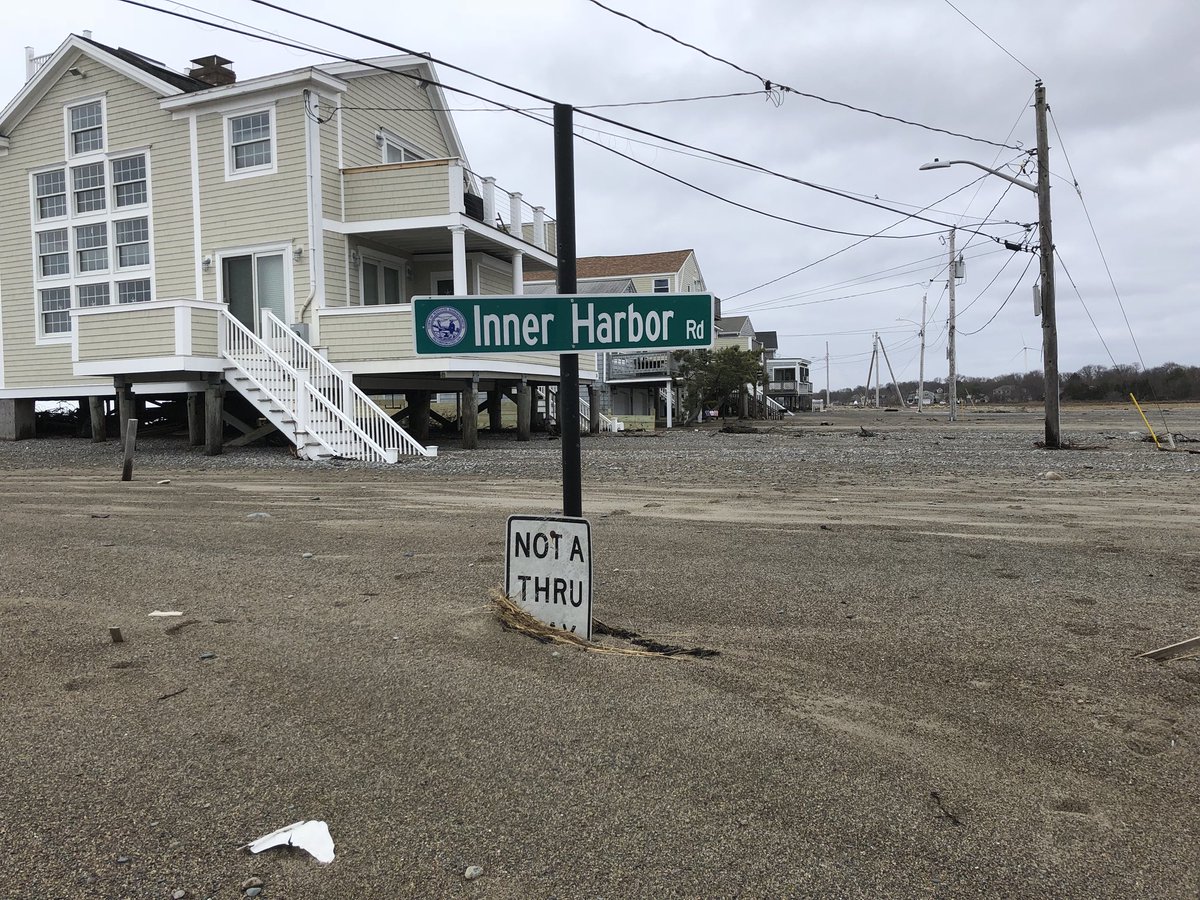 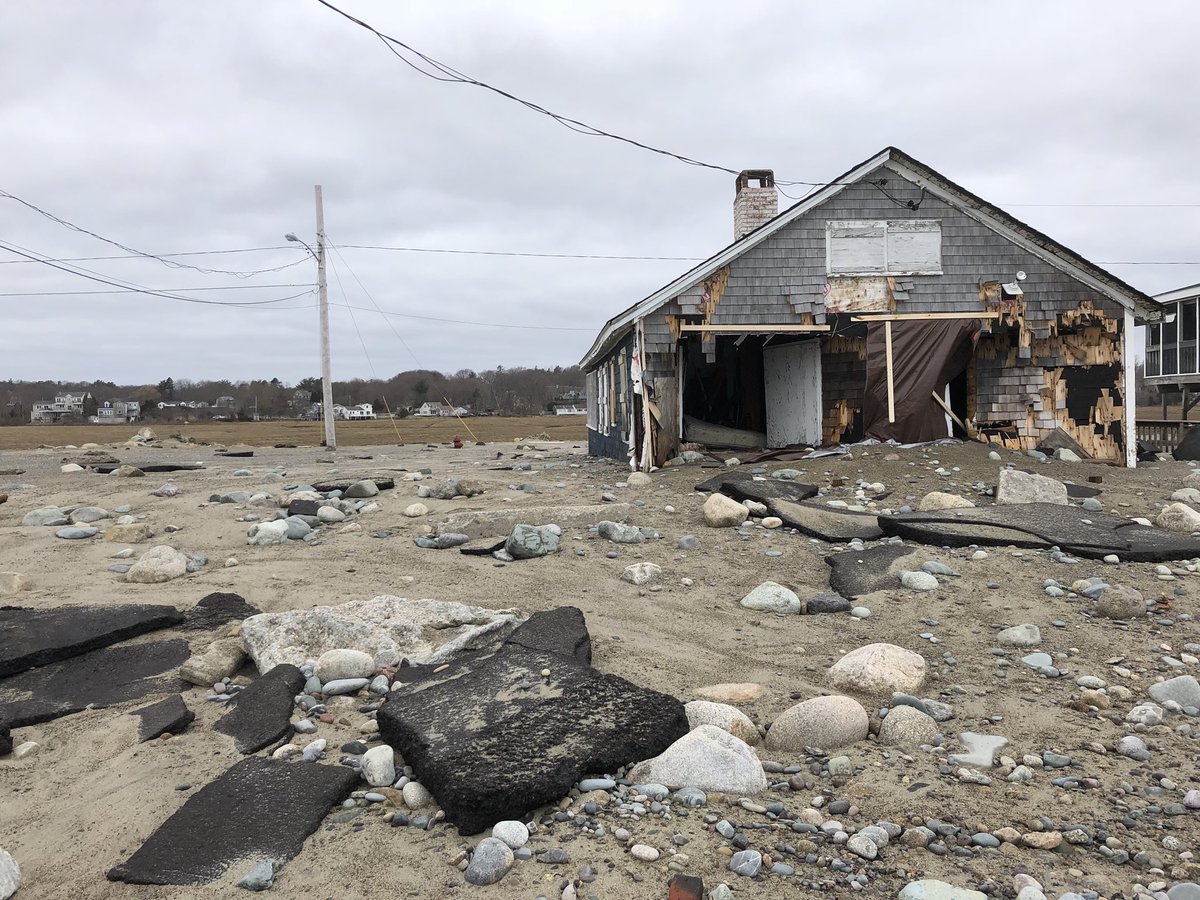 6:57 AM – 4 Mar 2018
That’s about it for this evening unless I see more pertinent information.
The Climate Guy