Thursday June 21st… Dear Diary. The main purpose of this ongoing post will be to track United States extreme or record temperatures related to climate change. Any reports I see of ETs will be listed below the main topic of the day. I’ll refer to extreme or record temperatures as ETs (not extraterrestrials)😊. Here is today’s main climate change post related hot topic:

Welcome to summer  2018 everyone. The summer solstice occurred today officially beginning summer in the Northern Hemisphere, although most across the United States have been experiencing summer since a record warm May occurred this year. Meteorologists  consider that summer begins on June 1st, breaking up the year into four individual seasons each with three months. Coinciding with the first day of summer over a hundred on camera meteorologists are acknowledging climate science and anthropogenic global warming with ties and mugs designed with stripes today. I’m sure that Dr. James Hansen approves of what some meteorologists are sporting as the big anniversary of his landmark testimony before Congress approaches. Bob Henson on the Category Six Weather Underground Blog has written a nice post on today’s events:

Quoting the first two paragraphs from the article:

Close to 100 broadcast meteorologists will don blue and red stripes for their on-air segments Thursday as part of an international effort to raise awareness of the reality of human-produced climate change. The campaign, Meteorologists United on Climate Change, is scheduled for June 21, the Northern Hemisphere’s summer solstice, when sizzling temperatures and the risks of extreme heat are already on people’s minds. The project’s Twitter hashtag is #MetsUnite.

The visual centerpiece of the campaign is the instantly iconic “warming stripes” graphic. It was created by climate scientist Ed Hawkins, a professor at the University of Reading and a principal researcher at the U.K.’s National Centre for Atmospheric Science. Perhaps his best-known graphic is the “warming spiral” animation (see embedded tweet below), which has been viewed millions of times since its debut in 2016.

Here are a few people sporting the stripes design today:

#MetsUnite Meteorologists all over world wearing this design today on the N. Hemispheric Summer Solstice  (start of summer) to raise awareness about climate change. It shows Earth’s atmosphere temperature change from 1850 (lighter blue) to 2017 (reds). The science of @ed_hawkins 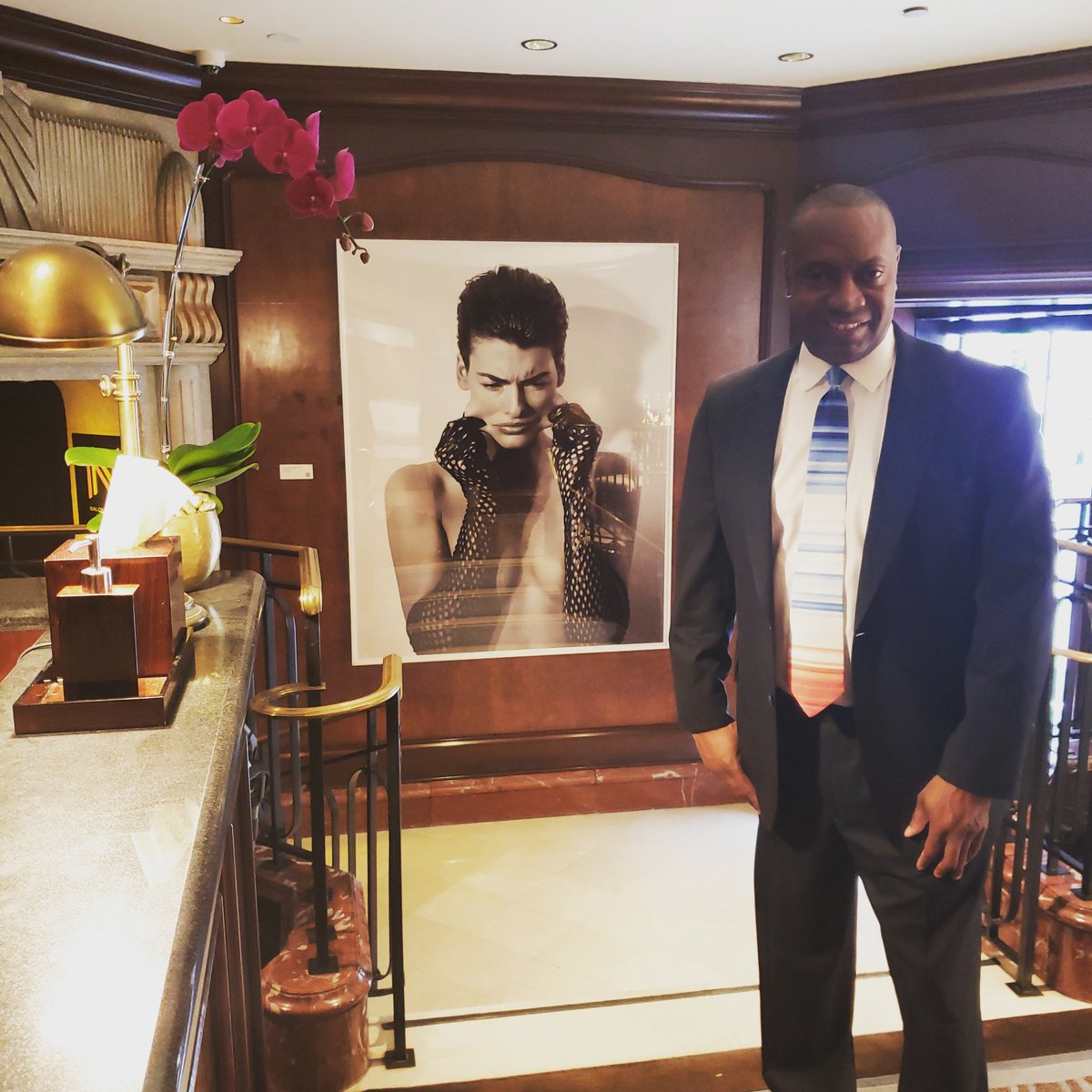 Jeff Berardelli‏@WeatherProfNot your average coffee mug. Not your average temperatures either. The warming stripe pattern on the mug represents Global Temperatures from 1850 to 2017. The red shows the warmer than normal acceleration in temps recently. @ed_hawkins design #MetsUnite 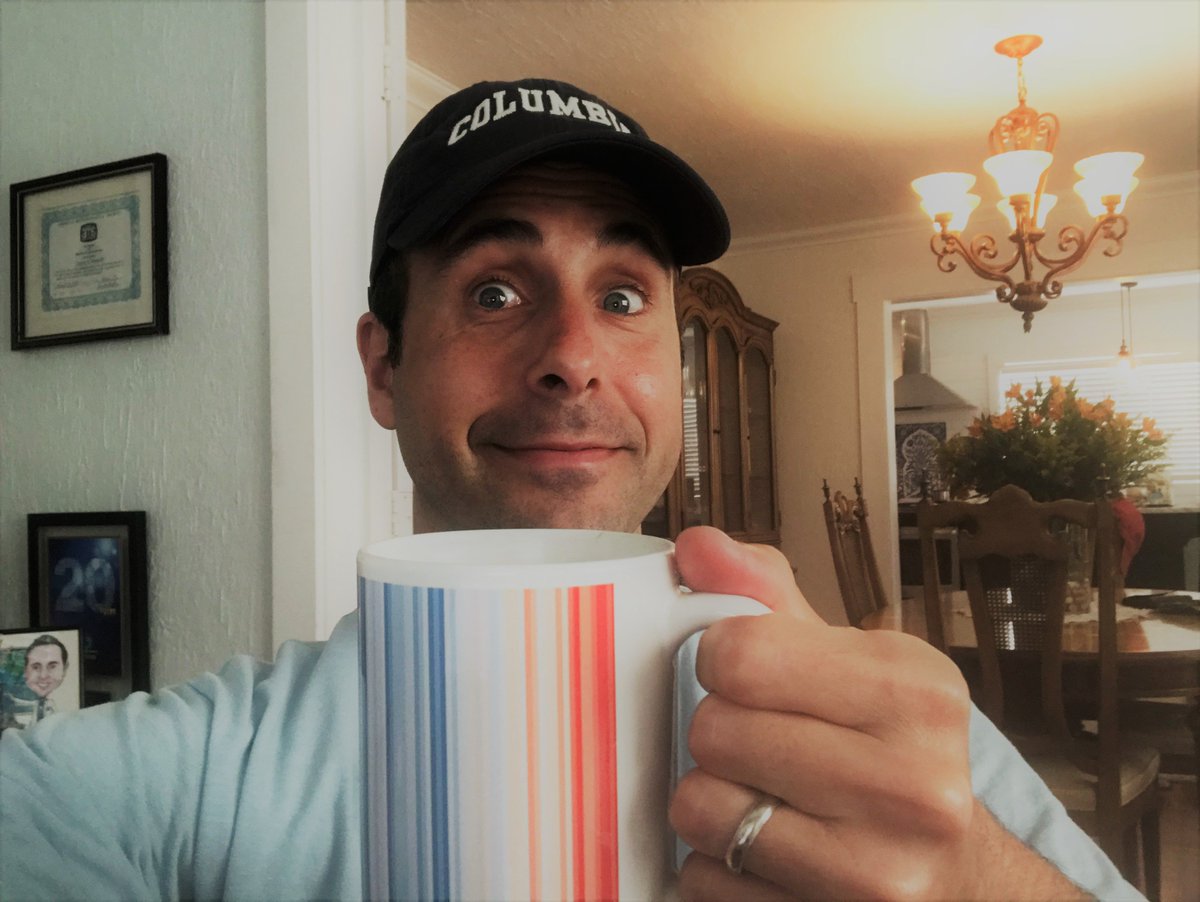 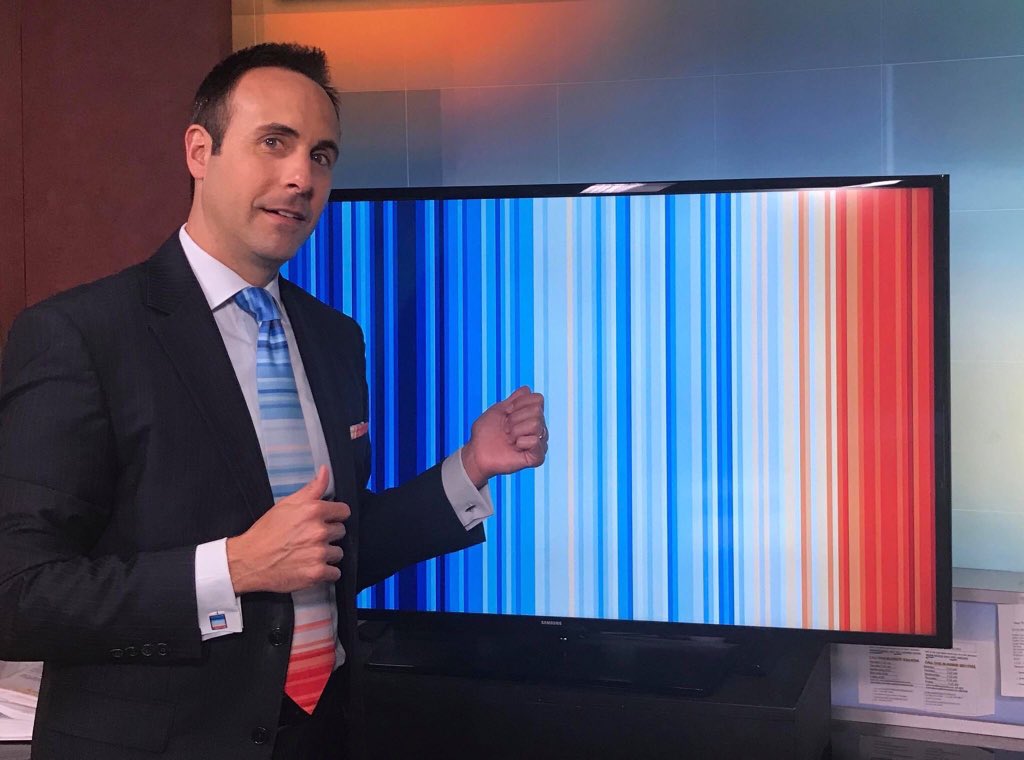 The summer solstice is a good day to show your climate stripes. Here’s 137 years of global warming, month by month https://www.axios.com/what-global-warming-looks-like-month-by-month-067e32ea-498a-455f-be8d-e4b7706ec5d0.html … 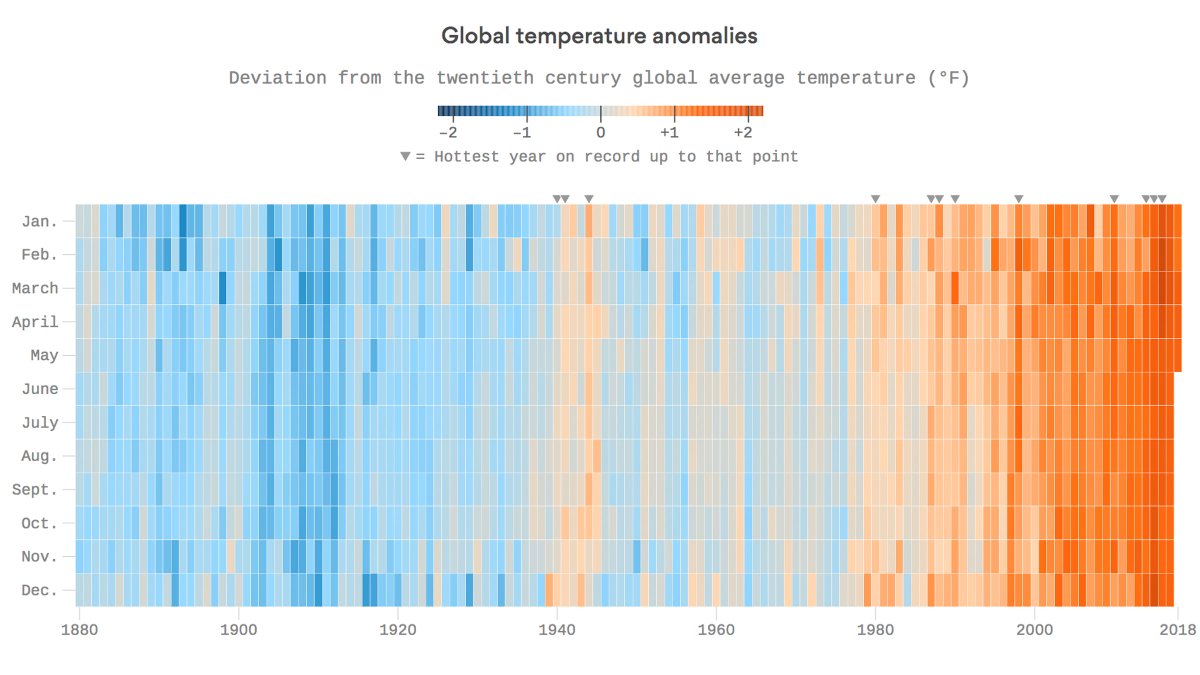 3:10 PM – 21 Jun 2018
For part two of our discussion in the 30th anniversary of Dr. James Hansen’s testimony  I’ll refer back to the AP article from yesterday:
https://www.apnews.com/dbd81ca2a7244ea088a8208bab1c87e2/Global-warming-cooks-up-‘a-different-world’-over-3-decades
Quoting from the article:

Over 30 years — the time period climate scientists often use in their studies in order to minimize natural weather variations — the world’s annual temperature has warmed nearly 1 degree (0.54 degrees Celsius), according to the National Oceanic and Atmospheric Administration. And the temperature in the United States has gone up even more — nearly 1.6 degrees.

“The biggest change over the last 30 years, which is most of my life, is that we’re no longer thinking just about the future,” said Kathie Dello, a climate scientist at Oregon State University in Corvallis. “Climate change is here, it’s now and it’s hitting us hard from all sides.”

The statistics tracking climate change since 1988 are almost numbing. North America and Europe have warmed 1.89 degrees — more than any other continent. The Northern Hemisphere has warmed more than the Southern, the land faster than the ocean. Across the United States, temperature increases were most evident at night and in summer and fall. Heat rose at a higher rate in the North than the South.

For part two of this post think about the unmistakable warming that has occurred over the past thirty years indicating that Hansen was correct. Some of Hansen’s jaw dropping work actually forecast conditions very well at this point in time thirty years ago. We have more from this article:

“I don’t want to be right in that sense,” Hansen told The Associated Press, in an interview is his New York penthouse apartment. That’s because being right means the world is warming at an unprecedented pace and ice sheets in Antarctica and Greenland are melting.

Hansen said what he really wishes happened is “that the warning be heeded and actions be taken.”

They weren’t. Hansen, now 77, regrets not being “able to make this story clear enough for the public.”

We talk a lot about global temperature targets like 2C, but some areas of the world warm faster than others. Here is how much warming has occurred over the past century in the @BerkeleyEarth record: 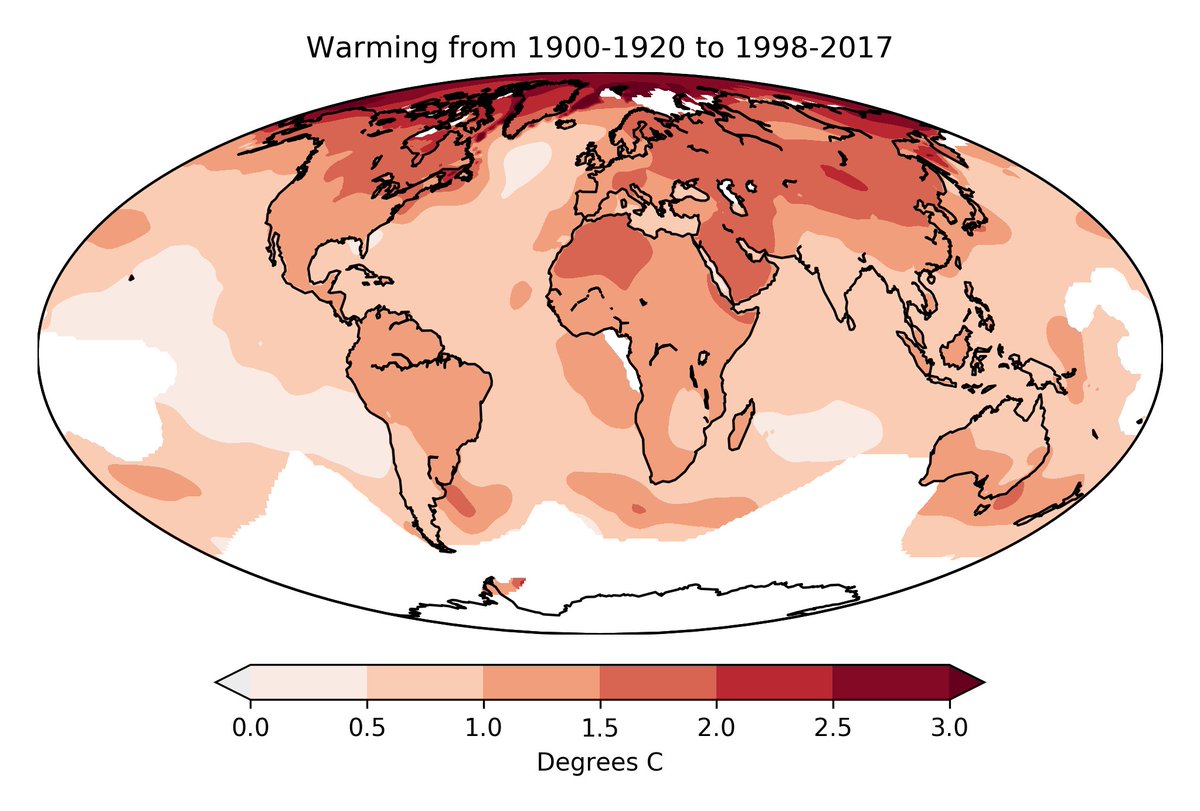 The Bible in the Old Testament was full of people like Noah that people poo- pooed mainly because any prophecy was A) too awful to be believed and/or B) too inconvenient, disrupting lives to subscribe to. Dr. Hansen has become a modern day Noah only this time around there is no Ark to save us, merely the very hard work ahead to wean the globe off fossil fuels. Tomorrow for part three of this post I’ll write about my own journey since 1988 trying to convince friends and colleagues that anthropogenic global warming was occurring and a serious problem.

The flood in coastal areas of Texas continues to get worse and more historic: 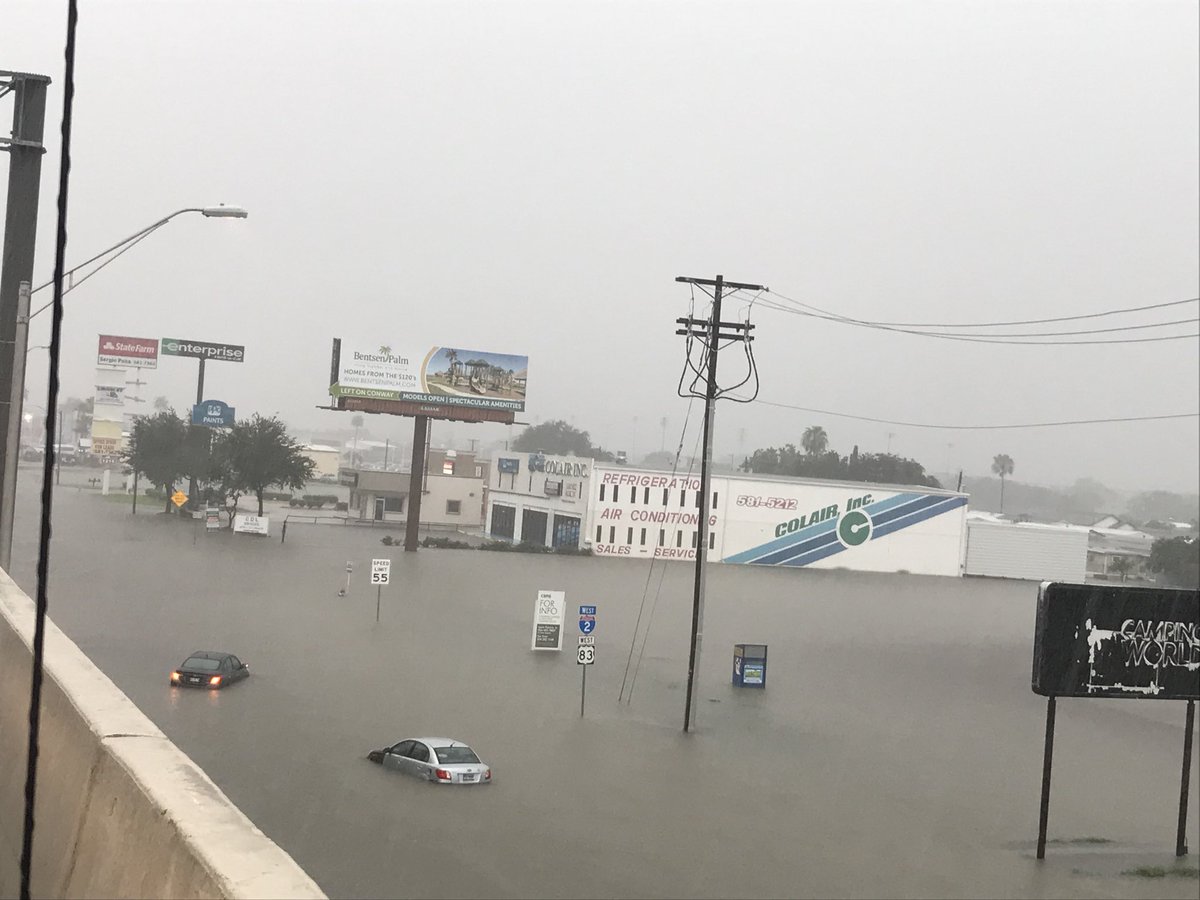 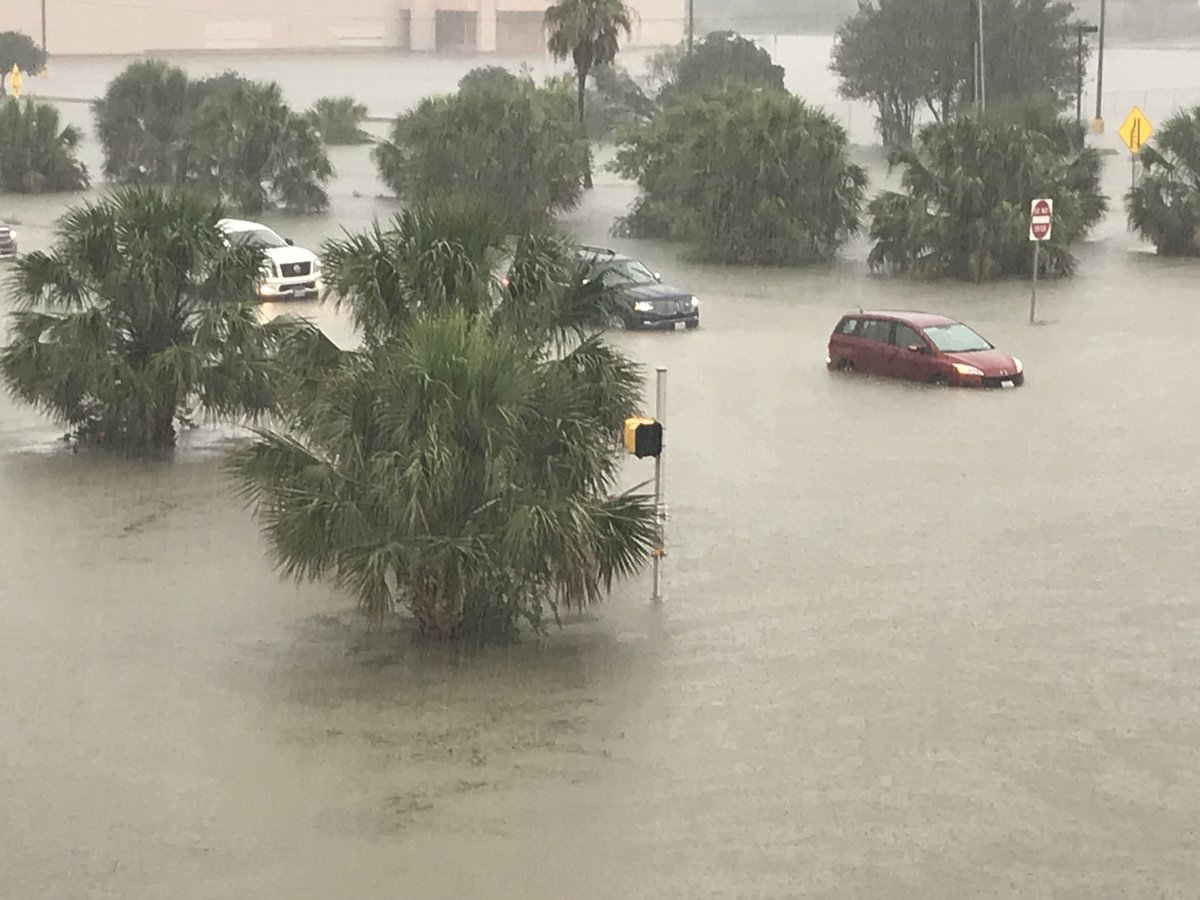 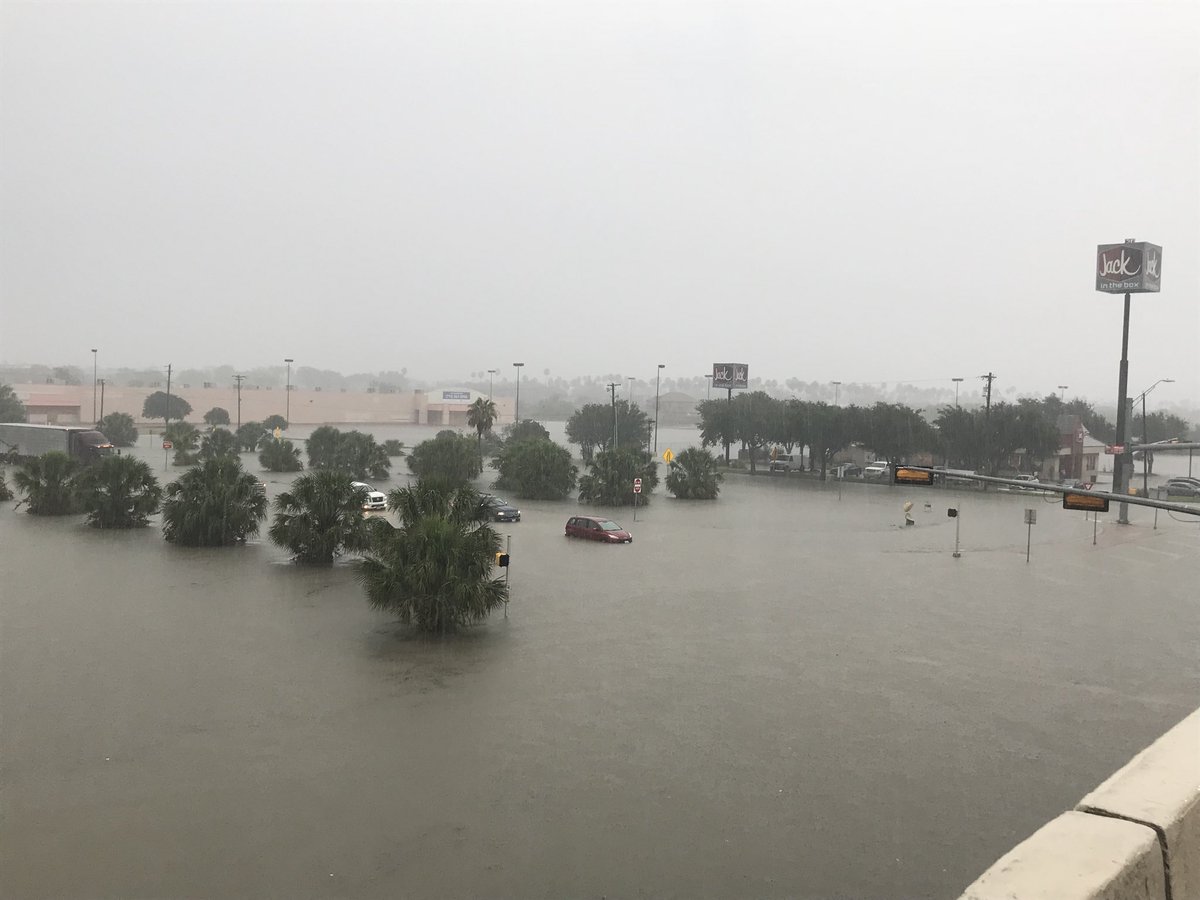 On the “ET” weather front the current heat wave in the Southwest will be expanding into Texas on Saturday:

I’m beginning to see signs that a strong heat ridge will be building over the country into July. If this forecast verifies look for another scorching heat wave in practically every corner of the country:

Medium Range model guidance support development of a subtropical ridge (591dm in the ECMWF EPS mean) across the eastern two thirds of the nation. This is an indication for hot weather across much of the US during the first week of July. Looking like a toasty 4th of July 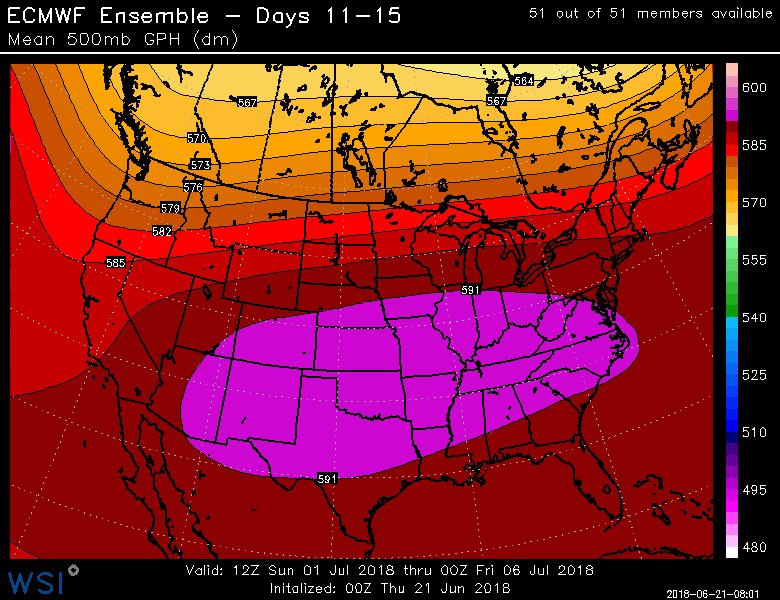