A couple of days ago I tweeted out this statement indicating that another eye popping heat dome or ridge was in the offing for the Southwest: 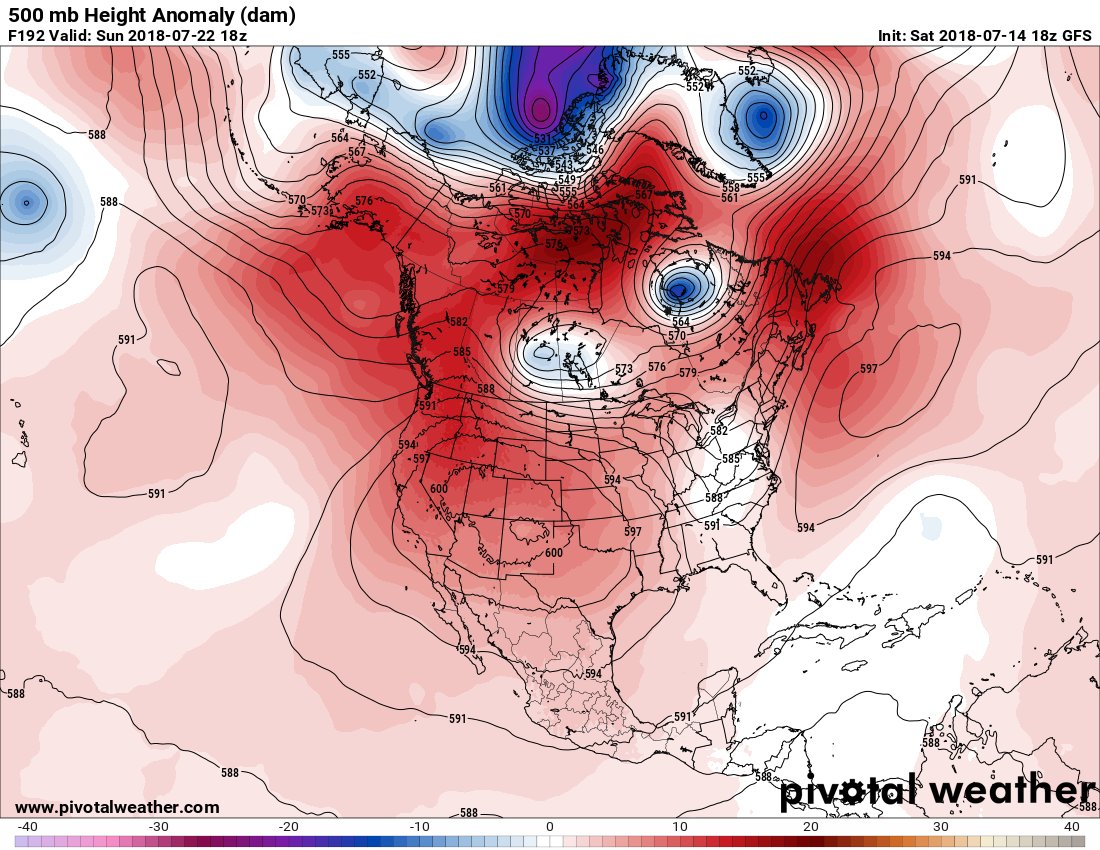 4:29 PM – 14 Jul 2018
I have a little good news here. Thankfully I may have jinxed the worst possible extent of the dome considering that the GFS was forecasting a ridge at maximum well above 600 decameters. (If only I really had the power to do this.😉)  In fact, the ridge may fail to exceed 600 decameters on Sunday and be centered closer to Texas looking at the more reliable European Model:

And now to the bad news. As opposed to the Southern California heatwave that lasted for only one weekend during the first few days of July it appears that this coming heatwave will cover a much larger area stretching from Texas and the southern Plains westward through the bulk of the West. Also, this heat episode probably won’t max out on Sunday but be in building stages lasting through much of the last week of July. Here is what we see from last night’s EURO run at 240 hours out valid for a week from Wednesday:

It remains to be seen if model temperature guidance will suggest that many all-time are in the offing in association with this heat dome. I’ll post some data from the 12Z model run later on this post that might give us clues. For now, here is the heat dome forecast at 18Z Sunday by the GFS, the same time frame as my initial tweet:

The trough/ridge configuration across the CONUS is about the same as that of the 18Z Saturday run, but 500 millibar heights are much lower.

Get ready for a prolonged heatwave, California! Once again, temperatures will rise above 105F across Los Angeles. While we will not see 117F like last week, but high may stay above 103F for a week or longer. pic.twitter.com/AaCEd9GQJg

Will this heat wave eventually rival that of the Southern California heat wave? Keep reading my posts for updates.

Even before the start of any major heat wave tomorrow will be hotter across much of the Southwest into Texas:

A front will produce slightly cooler conditions for the Eastern Seaboard.

Incredible footage of what appears to be a fire-induced #waterspout (!) yesterday on Colorado River near #Blythe, CA. This is beyond a mere “fire whirl;” appears to be connected to larger rotating convective smoke column. Wow! #CAwx #CAfire @FireWeatherLab
https://www.youtube.com/watch?v=SUk_GiQBgyc&feature=youtu.be

A deadly wildfire burning near Yosemite National Park grew to 9,266 acres overnight with only 2% of the blaze contained http://lat.ms/2NjUxkA 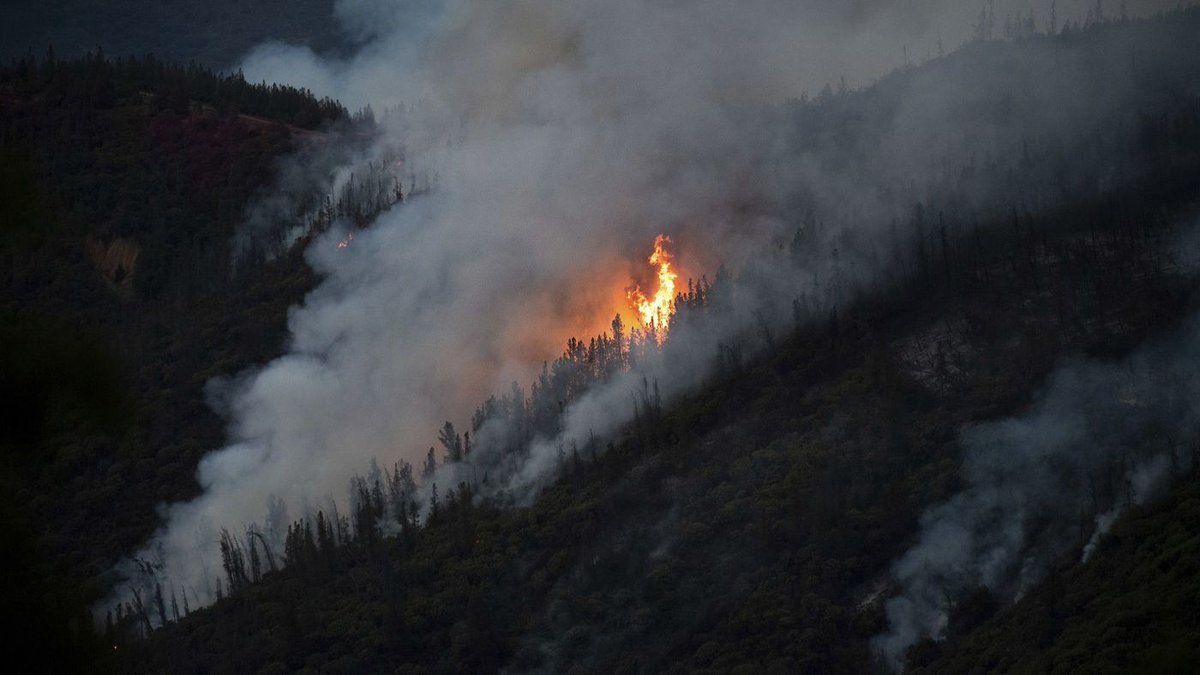 If you missed the @KALW discussion of California climate in context of recent heat extremes, here’s a link to recorded conversation with Noah Diffenbaugh (@StanfordEarth), Marty Hoerling (@NOAA_ESRL), and @Weather_West (@UCLAIoES/@nature_org): http://kalw.org/post/one-planet-heatwaves-and-climate-change?platform=hootsuite#stream/0 … #CAwx 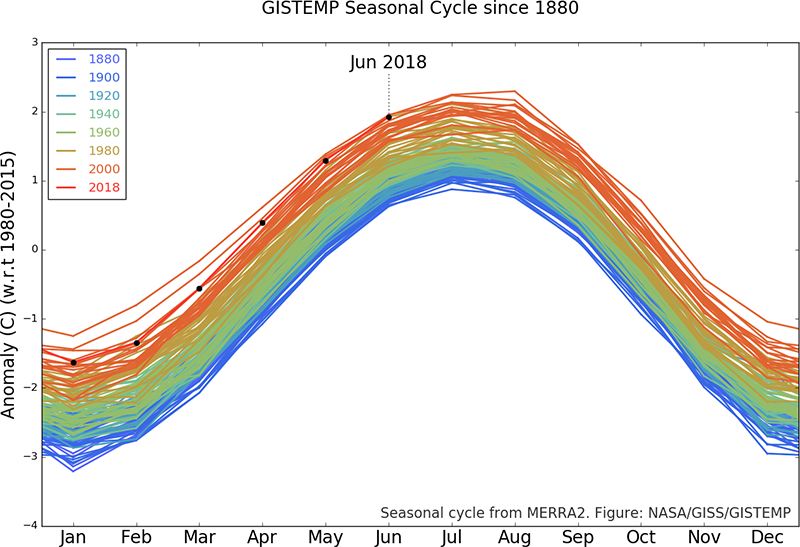 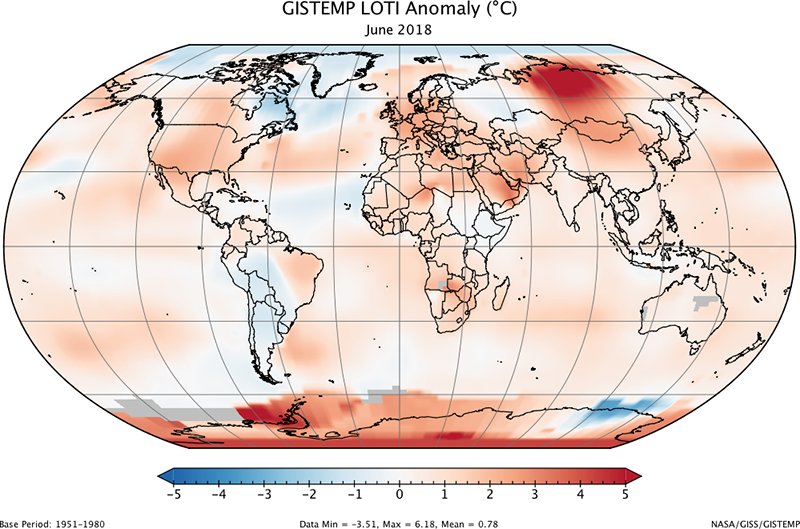 8:14 AM – 16 Jul 2018
Here is another interesting Weather Underground post on climate change and cloud patterns. This time the culprit is methane: https://www.wunderground.com/cat6/Methane-Giving-Noctilucent-Clouds-Boost
Here are Monday’s national maxes:

Maxes were slightly above average across most of the United States except in portions of the southern Rockies due to monsoon moisture. 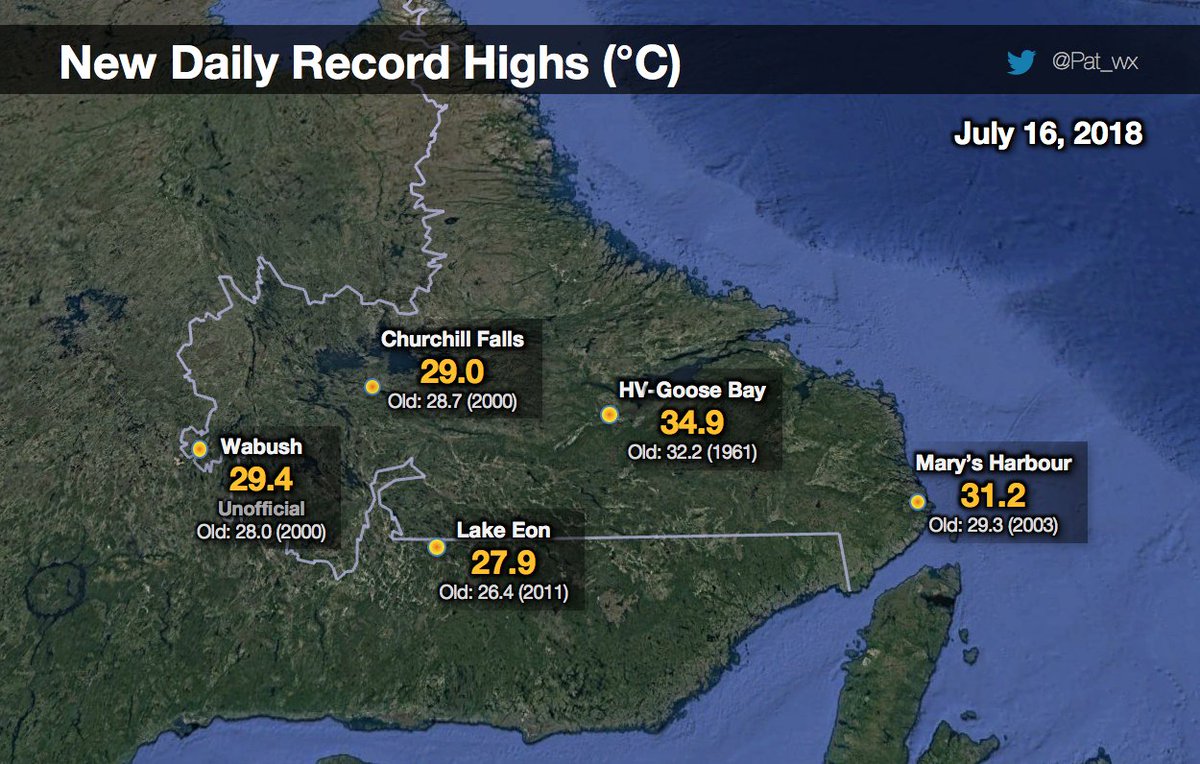