Thursday August 16th… Dear Diary. The main purpose of this ongoing post will be to track United States extreme or record temperatures related to climate change. Any reports I see of ETs will be listed below the main topic of the day. I’ll refer to extreme or record temperatures as ETs (not extraterrestrials)😊. Here is today’s main climate change related topic:

Every time the subject of methane pops up in the climate world scientists bristle, emphasizing that carbon pollution is and will be a far greater factor for warming the planet’s temperature. We see many posts and articles saying that as permafrost melts great quantities of trapped methane (or natural gas) will be released into the atmosphere. Could a cascade effect occur producing a runaway greenhouse effect, cooking and dooming humanity? So what is the truth here? For this post I’ll try to present a little more clarity in association with the tipping point of permafrost. By no means is this issue scientifically settled as of this writing.

It’s surprising to me that global warming would have to get to +5C above preindustrial conditions according to  Steffen’s team in order for enough permafrost to melt so that the climate tips towards warmth even if no more fossil fuel carbon was released into the atmosphere by that time, which should be avoided if the Paris Accords are adhered to. Permafrost is melting now at around +1C and should melt at an accelerated state as we approach +2C by the year 2030. Steffen evidently and scientifically considers trapped methane and carbon under permafrost to be low on the proverbial tipping point totem pole for exacerbated warming. To put it another way global averages would have to soar to at least +5C above preindustrial conditions before their should be great concern for melting permafrost to tip towards additional warming.

Other earlier studies put methane due to melting permafrost at a much lower tipping point threshold:

According to a paper published Thursday in Science, that melting could come sooner, and be more widespread, than experts previously believed. If global average temperature were to rise 2.5°F (1.5°C) above where it stood in pre-industrial times say earth scientist Anton Vaks of Oxford University and an international team of collaborators (and it’s already more than halfway there), permafrost across much of northern Canada and Siberia could start to weaken and decay. And since climate scientists project at least that much warming by the middle of the 21st century, global warming could begin to accelerate as a result, in what’s known as a feedback mechanism. 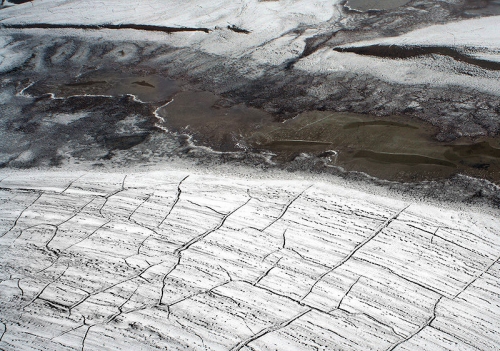 How much this will affect global temperatures, which are currently projected to rise as much as 9°F by 2100, is impossible to say. It all depends on how quickly the permafrost melts, and how quickly bacteria convert the plant material into carbon dioxide and methane gas, and nobody knows the full answer to that. But since climate scientists already expect a wide range of negative consequences from rising temperatures, including higher sea level, more weather extremes and increasing risks to human health, anything that accelerates warming is a concern.

While methane is not currently as important as carbon dioxide, it has a hidden danger. Molecule for molecule, methane traps more heat than carbon dioxide; approximately 30 times more, depending on the time frame under consideration. However, because methane is present in much smaller concentrations (compared to carbon dioxide), its aggregate effect is less.

But what has scientists focusing on methane is the way it is released into the atmosphere. Unlike carbon dioxide, which is emitted primarily through burning of fossil fuels, methane has a large natural emission component. This natural emission is from warming permafrost in the northern latitudes. Permafrost is permanently frozen ground. Much of the permafrost is undisturbed by bacterial decomposition.

As the Earth warms, and the Arctic warms especially fast, the permafrost melts and soil decomposition accelerates. Consequently, an initial warming leads to more emission, leading to more warming and more emission. It is a vicious cycle and there may be a tipping point where this self-reinforcing cycle takes over.

Recently, a policy briefing from the world-leading Woods Hole Research Center has moved our understanding of this risk further through a clearly-written summary. The briefing cites two recent papers (here and here) that study the so-called permafrost carbon feedback.

One of these studies makes use of projections from the most recent IPCC report to estimate that up to 205 gigatons equivalent of carbon dioxide could be released due to melting permafrost. This would cause up to 0.5°C (up to 0.9°F) extra warming. Just as bad, the permafrost melting would continue after 2100 which would lock us into even more warming. Under this scenario, meeting a 2°C limit would be harder than anticipated. The current IPCC targets do not adequately account for this feedback.

To put this in perspective, permafrost contains almost twice as much carbon as is present in the atmosphere. In the rapidly warming Arctic (warming twice as fast as the globe as a whole), the upper layers of this frozen soil begin to thaw, allowing deposited organic material to decompose. The plant material, which has accumulated over thousands of years, is concentrated in to upper layers (half of it is in the top 10 feet). There is a network of monitoring stations that are measuring ground temperatures have detected a significant heating trend over the past few decades and so has the active layer thickness.

I communicated with Woods Hole expert Robert Max Holmes, who told me,

It’s essential that policymakers begin to seriously consider the possibility of a substantial permafrost carbon feedback to global warming. If they don’t, I suspect that down the road we’ll all be looking at the 2°C threshold in our rear-view mirror.

#Climate Catastrophe? Some Arctic Ground No Longer Freezing—Even in Winter http://ow.ly/ypEz30ltqf5  via @NatGeo 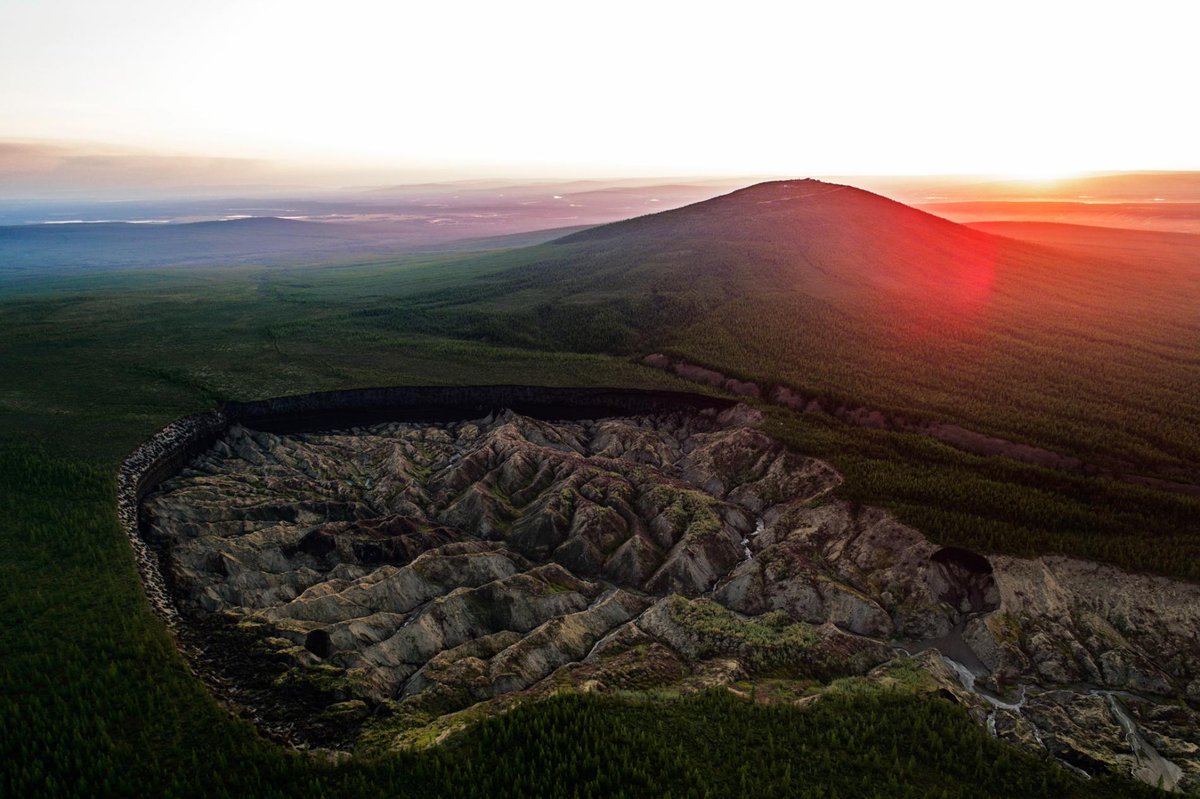 Well, from all I have read we need to err on the side of caution. Let’s stridently try to hold global averages below +2C below preindustrial conditions lest the methane spigot valves turn, unleashing more heat than the environment and us poor humans can take.

On Friday we won’t see any unusual extreme temperatures for mid August: