Sunday August 19th… Dear Diary. The main purpose of this ongoing post will be to track United States extreme or record temperatures related to climate change. Any reports I see of ETs will be listed below the main topic of the day. I’ll refer to extreme or record temperatures as ETs (not extraterrestrials)😊. Here is today’s main climate change related topic:

Here are some complex but interesting, plausible questions. At what tipping point can the Earth as a whole get so hot that Europe grows cold? Will this not happen with the entire planet getting uniformly warmer instead? For this post I’ll try to address these climate change questions in association with the thermohaline circulation.

First let’s define the TCH as I will abbreviate it: The thermohaline circulation (THC) is part of part of the large-scale ocean circulation that is driven by global density gradients created by surface heat and freshwater fluxes. The adjective thremohaline derives from “thermo,” referring to temperature and “haline,” referring to salt content, which combined determine the density of sea water. The THC acts like a river within the world’s oceans flowing as depicted on this map:

It is thought that freshwater pouring southward from Greenland may slow the warm conveyer belt moving northward through the Atlantic due to increasing ice melt from global warming. In turn, this slowing may prohibit warm water flowing into the North Atlantic, which typically keeps most of Europe warm at fairly high latitudes. Any “tipping point” would be when not enough warm water makes its way north into the North Atlantic such that Europe no longer maintains a mild climate. The THC tips at between +3 to +5C above preindustrial conditions according to Dr. Steffen:

Here is some of the latest science on the THC from my go to guy on this subject, Dr. Stefan Rahmstorf:

The THC in anthropogenic global warming

Global warming can affect the THC in two ways: surface warming and surface freshening, both reducing the density of high-latitude surface waters and thus inhibiting deep water formation. This could lead to a breakdown of the THC and to abrupt climate change, which could occur for strong global warming (i.e., for a quadrupling, but not for a doubling of CO2). In these scenarios there was no surface cooling, as the high CO2 levels more than compensated for the reduced ocean heat transport. The possibility of a real cooling (both a relative cooling, i.e. a drop back to roughly pre-industrial temperatures after an initial warming phase, and in the longer run an absolute cooling below preindustrial values) as a result of anthropogenic warming was first demonstrated in a sensitivity study by Dr. Sarnthein. A very important point here: “Significant absolute cooling can arise after CO2 levels decline, but the THC remains switched off after its collapse is triggered in a rapid warming phase.”

A THC collapse is now widely discussed as one of a number of “low probability – high impact” risks associated with global warming. More likely than a breakdown of the THC, which only occurs in very pessimistic scenarios, is a weakening of the THC by 20-50%, as simulated by many coupled climate models ([28]).

So, we see that the THC won’t be too adversely affected until their is rapid warming across the planet getting to about +3 to +5C. Sorry folks. We won’t see a Day after Tomorrow movie plot playing out anytime soon.

I can’t help thinking, though, that if Europe cools, getting more snow cover in winter, this effect would also decrease the mean temperature of the plant; thus, slowing global warming. These are some big ifs though.

Dr. Mann has closely worked with Dr. Rahmstorf on anthropogenic global warming interacting with the THC:

Quoting from this article

“Michael Mann, Distinguished Professor of Atmospheric Science at Penn State University, one of the study’s authors, noted that if the Atlantic Meridional Overturning Circulation were to totally collapse over the next few decades, it would change ocean circulation patterns, influence the food chain, and negatively impact fish populations. We would not return to very cold conditions, however, because the oceans have taken up so much heat.”

“Another 2015 study that modeled a hypothetical slowdown or collapse of the Atlantic Meridional Overturning Circulation concluded that a collapse could result in widespread cooling throughout the North Atlantic and Europe (though this would be somewhat mitigated by global warming), increased sea ice in the North Atlantic, changes in tropical precipitation patterns, stronger North Atlantic storms, reduced precipitation and river flow as well as reduced crop productivity in Europe. These effects would impact many regions around the globe.”

“Sea levels would be affected as well. Currently sea levels are lower on the U.S. east coast because waters east of the Gulf Stream, closer to Europe, are warmer and expand, so sea levels there are higher. If the Gulf Stream is weakened, the temperature differential between the two sides is reduced, so sea levels will rise on the west of the Gulf Stream along the U.S. east coast and the North Atlantic. In fact, sea levels along the coast and the Gulf of Mexico are rising faster than in any other part of the U.S, and some data suggests that it is because the Gulf Stream has already begun to slow down. Other research attributed a jump in sea level rise from New York to Newfoundland from 2009 to 2010 to the Atlantic Meridional Overturning Circulation slowing down 30 percent in the same period, as well as unusual wind currents that pushed ocean waters towards the coast.“

The 5th assessment report of the Intergovernmental Panel on Climate Change says, “…the Atlantic Meridional Overturning Circulation is generally projected to weaken over the next century in response to increase in atmospheric greenhouse gas emissions…. Overall, it is likely that there will be some decline in the AMOC by 2050, but decades during which the AMOC increases are also to be expected.”

According to Broecker, although reorganizations of ocean circulation are at the core of what happened in the past, we cannot say what the likelihood is that warming due to greenhouse gases will trigger yet another large and abrupt change. But if it were to occur, the consequences would be far less severe since, in the past, large existing expanses of sea ice were significant players in cooling the planet. “A conveyor shutdown is not likely,” said Broecker. “But if it happened, it would be ten times less dramatic and important than what happened during the glacial period when it caused a 10˚C temperature change.”

“We are monitoring the strength of deep water going south,” he said. “And we are finding large seasonal changes and interannual changes…It’s a complicated system and we can’t make any predictions.”

“The important thing is to understand better what is happening, by when it’s happening and what the potential implications will be,” said Tedesco. “Our priority is to better estimate the behavior of the Arctic and its connections to the temperate part of the planet in the short and long term…The question is not if things are going to change, the thing is how fast and when are they going to change, and what are the changes we’re going to see. There are changes at the local scale that are occurring on a much shorter time frame, and changes in the long-term that could include the shutdown of the ocean circulation. We need to understand the processes to properly build the models [to make projections].”

From all I have read the THC may be one of the most “minor” of the tipping points discussed in this series of posts. Drop me a note stating otherwise or agreeing with my assessment, which I might add to today’s article.

On Monday the cool air mass, which may set some records, will be moving into the Midwest:

More than 100 municipalities have passed resolutions endorsing Carbon Fee and Dividend. Is your city one of them? #climatechange #PutAPriceOnIt  https://buff.ly/2mhL3L9  #climate via @citizensclimate 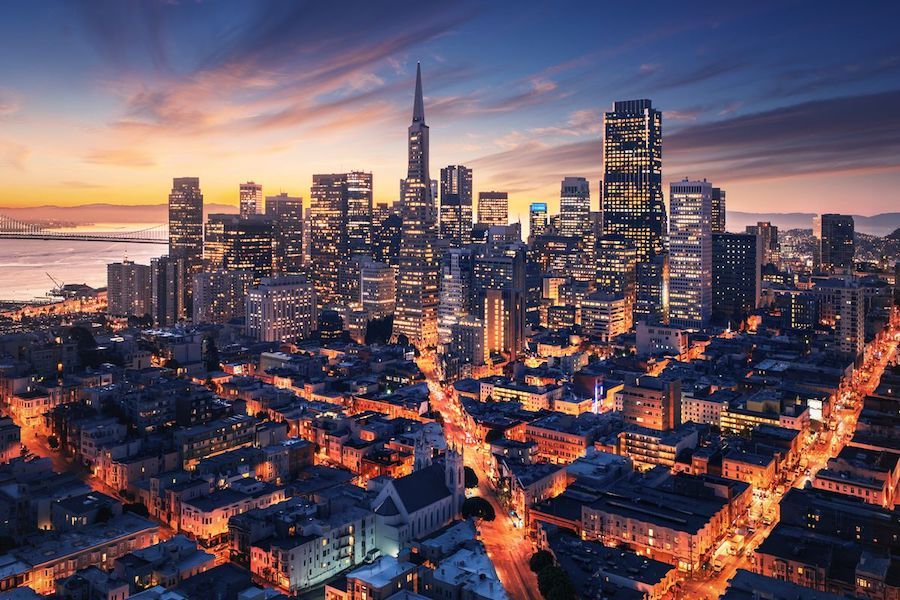 New cultural center unveils thousands of Yup’ik artifacts rescued in race against climate change:
(Click on the picture to see this article.)
11:43 AM – 19 Aug 2018 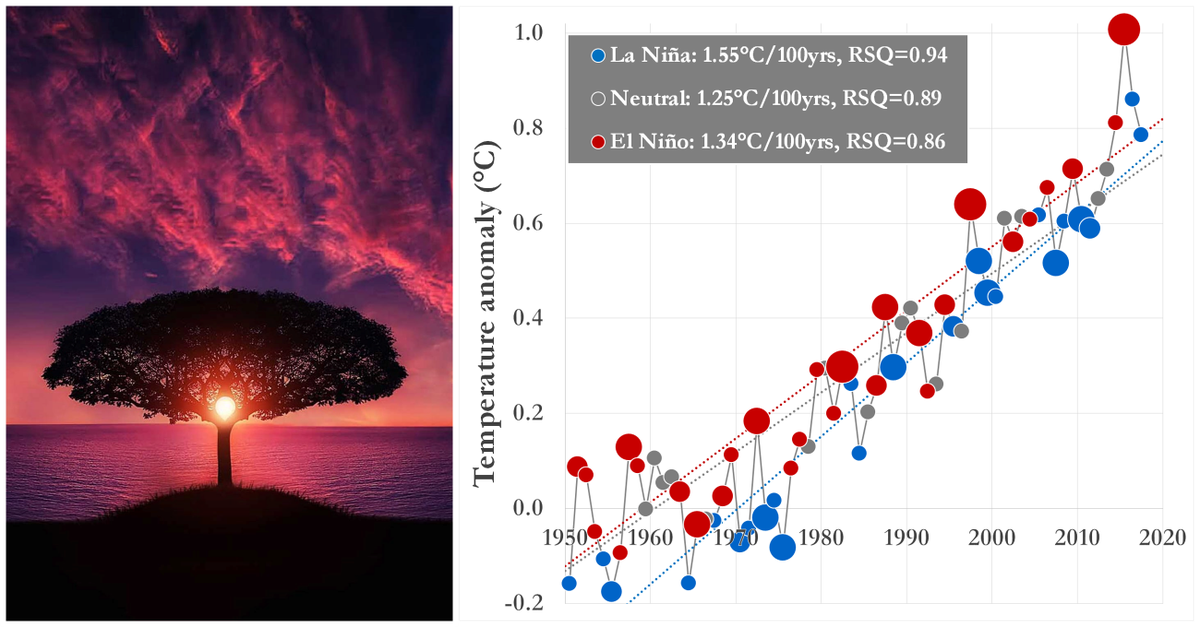