Monday August 27th… Dear Diary. The main purpose of this ongoing post will be to track United States extreme or record temperatures related to climate change. Any reports I see of ETs will be listed below the main topic of the day. I’ll refer to extreme or record temperatures as ETs (not extraterrestrials)😊. Here is today’s main climate change related topic:

When I happened to come upon an AP article reporting that Texas was asking for protection from rising seas and stronger storms for their vulnerable oil shipping and refinery facilities I didn’t know whether or not to laugh, cry, roll my eyes, or do all three simultaneously. I’m reposting some of this ridiculousness today for your bemusement: https://apnews.com/4adc5a2a2e6b45df953ebcba6b63d171/Big-oil-asks-government-to-protect-it-from-climate-change

Quoting from The Article:

PORT ARTHUR, Texas (AP) — As the nation plans new defenses against the more powerful storms and higher tides expected from climate change, one project stands out: an ambitious proposal to build a nearly 60-mile “spine” of concrete seawalls, earthen barriers, floating gates and steel levees on the Texas Gulf Coast.

Like other oceanfront projects, this one would protect homes, delicate ecosystems and vital infrastructure, but it also has another priority — to shield some of the crown jewels of the petroleum industry, which is blamed for contributing to global warming and now wants the federal government to build safeguards against the consequences of it.

The plan is focused on a stretch of coastline that runs from the Louisiana border to industrial enclaves south of Houston that are home to one of the world’s largest concentrations of petrochemical facilities, including most of Texas’ 30 refineries, which represent 30 percent of the nation’s refining capacity.

Texas is seeking at least $12 billion for the full coastal spine, with nearly all of it coming from public funds. Last month, the government fast-tracked an initial $3.9 billion for three separate, smaller storm barrier projects that would specifically protect oil facilities.

That followed Hurricane Harvey, which roared ashore last Aug. 25 and swamped Houston and parts of the coast, temporarily knocking out a quarter of the area’s oil refining capacity and causing average gasoline prices to jump 28 cents a gallon nationwide. Many Republicans argue that the Texas oil projects belong at the top of Washington’s spending list.

“Our overall economy, not only in Texas but in the entire country, is so much at risk from a high storm surge,” said Matt Sebesta, a Republican who as Brazoria County judge oversees a swath of Gulf Coast.

But the idea of taxpayers around the country paying to protect refineries worth billions, and in a state where top politicians still dispute climate change’s validity, doesn’t sit well with some.

“The oil and gas industry is getting a free ride,” said Brandt Mannchen, a member of the Sierra Club’s executive committee in Houston. “You don’t hear the industry making a peep about paying for any of this and why should they? There’s all this push like, ‘Please Senator Cornyn, Please Senator Cruz, we need money for this and that.’”

Here is where I will editorialize. Yes, the people of coastal states like Texas deserve help to begin construction of systems to protect residents from stronger storms interacting with sea level rise, but A) climate science must be accepted, and B) Big oil should mostly foot the cost. What really needs to be done is a much bigger program to dismantle refineries and shut down oil tanker shipping, reimbursing and retraining those that would be financially hurt in the process. Of course, Tesla and other companies would need to step in to replace ICE vehicles (Internal Combustion Engines) with all electrics so there would not be nearly be as much need for refineries and oil tankers. This would be part of that Marshall type plan I had posted here:

Knowing human nature, though, will any of this be done in the next crucial ten years? Probably not. Still, there will be  stronger outcries not to let Big Oil off the hook here. We can follow what happened in association with the tobacco industry, which parallels that of Big Oil in the health “blame game.” Here is how much Big Tobacco has paid to help and reimburse those for prevention and cessation programs recently from the American Lung Association:

“In total, states are spending close to $470 million on tobacco prevention and cessation programs in the 2015-2016 fiscal year. However, this is less than 2 cents of every dollar or close to $26 billion total that states receive from tobacco settlement payments and tobacco taxes each and every year.”

As scientific ties between stronger storms and carbon pollution get stronger there will be more pressure for Big Oil to anti-up and cease production of their product but, like Big Tobacco that continues to churn out cigarettes, will they? Big Tobacco harms individual’s lungs who are prone to smoking addiction. Big Oil harms the lungs of the Earth and us all. I am fighting against greed, but as you briefly see here money rules the day…or at least that is my two cents.😉

This week it will be the Northeast’s turn to see some record heat. Many locations there will see maxes in the mid 90s on Tuesday:

A front will cool off the northern Plains. Heat advisories and warnings are out for much of the Northeast and mid-Mississippi Valley:

Potential record highs (circled) the next two days….couple that with oppressive humidity and it will be dangerously hot! 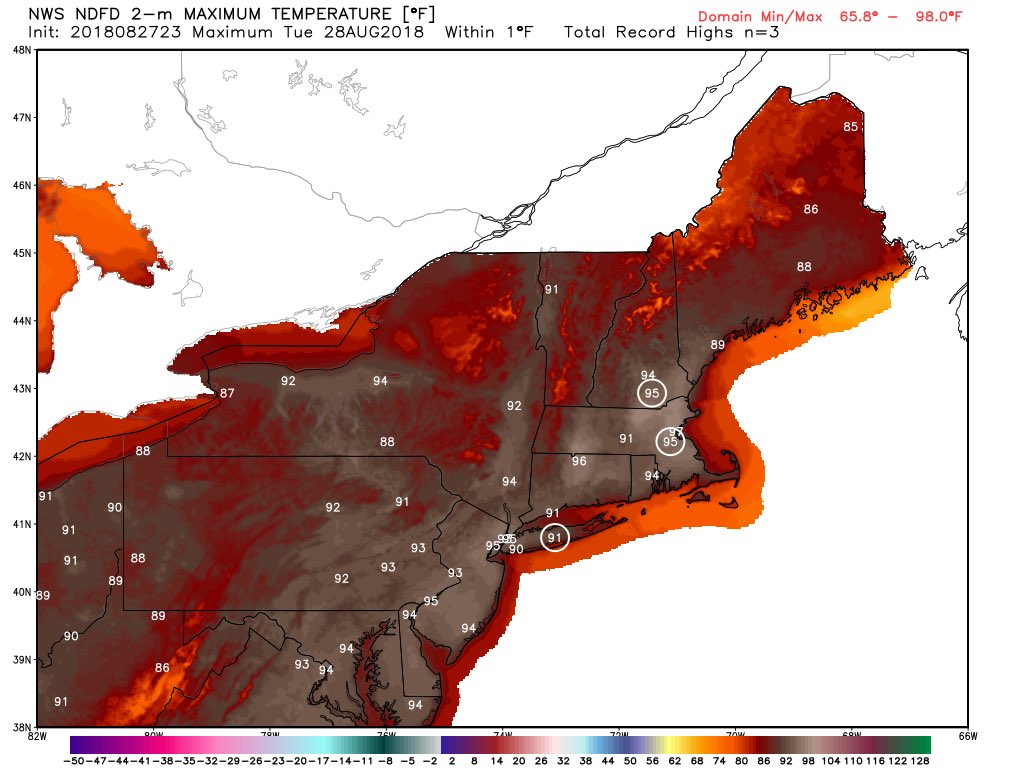 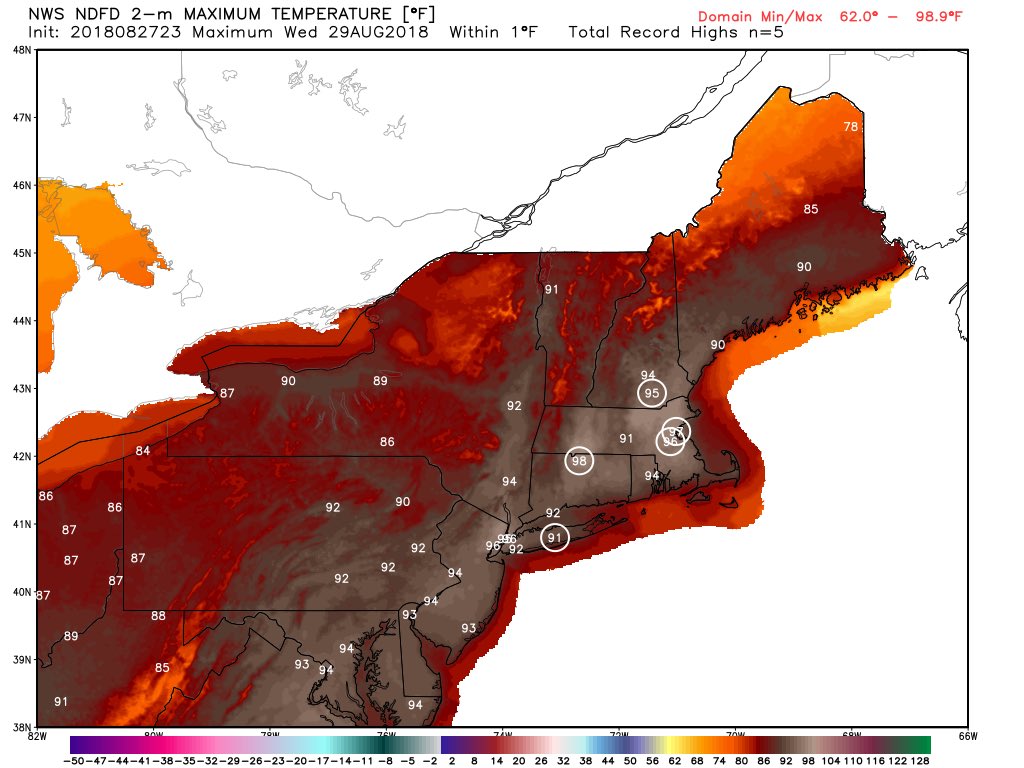 The southern half of the nation was sweltering in marginally dangerous heat. Readings near the century mark were reported as far north as northern Kansas.

Our world needs only one of those things. Panels not pipelines. 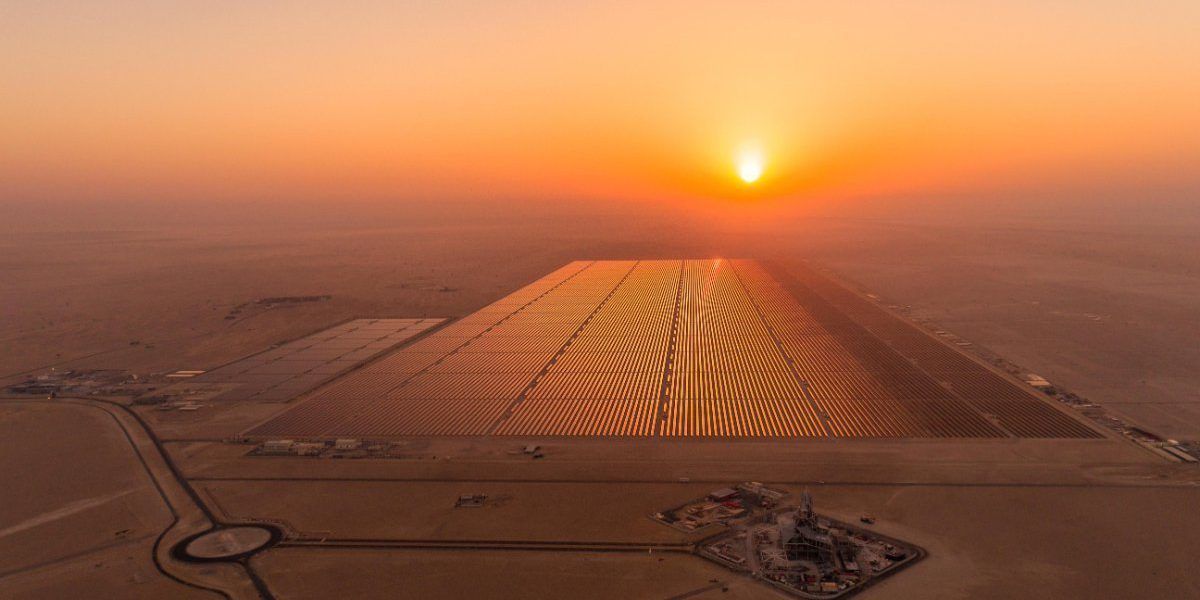 “Only 7% of the heat being trapped by greenhouse gases is stored in the atmosphere,”