Main Topic: A Message From A Wise Old Sage At The Start Of COP26

Dear Diary. Way back in 1980 the world was introduced to Yoda in Star Wars…The Empire Strikes Back. He was the wise, old Jedi master sage who warned Luke Skywalker of the perils of giving into fear and hate from the “Dark Side” of the Force. Fast forward to 2021 and we have a real life Yoda, Sir David Attenborough, who has for years warned the planet about our real Dark side of the Force, burning fossil fuels and fossil fuel companies. His voice has been described as “the voice of God.”

It pays for all of us to heed Sir David Attenborough’s words that he delivered at the start of COP26:

Here is Prof. Peter Strachan’s linked Independent piece, which describes what Sir. David Attenborough said, although that can be viewed on the above link on this post:

Cop26: Nature must be at heart of fight to save planet, Sir David Attenborough says

People must harness nature’s ‘extraordinary’ powers to ‘turn the tide’ on climate change, he said 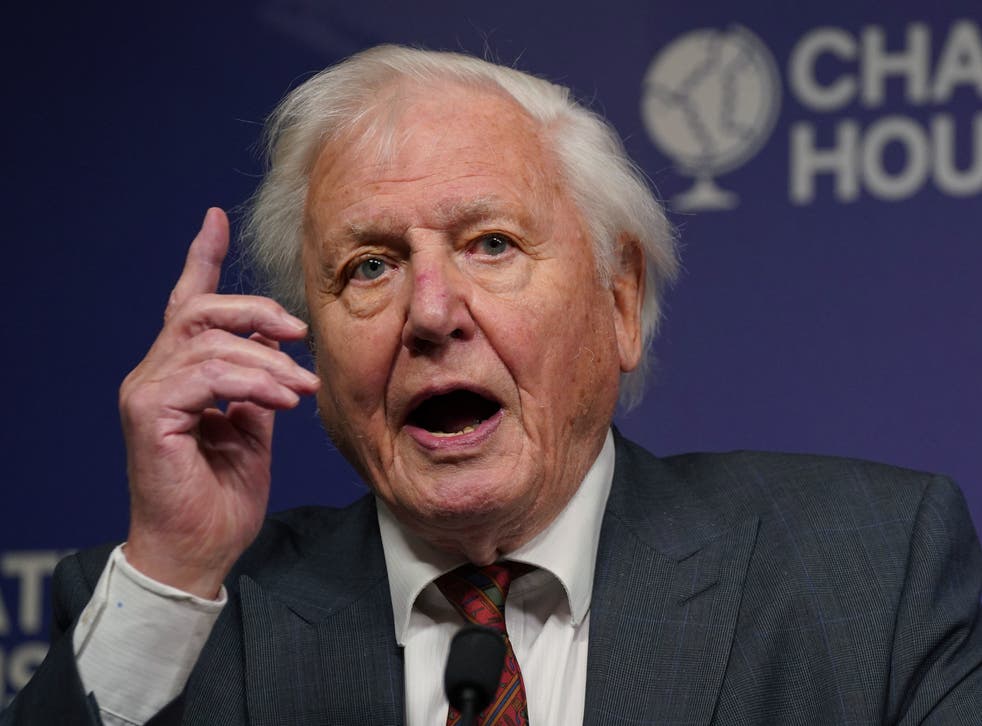 Sir David Attenborough has stressed ahead of the Cop26 summit starting on Monday that nature’s role must be recognised in the fight against climate change.

In a short film made by The Wildlife Trusts, the broadcaster and natural historian calls for a greater focus on nature’s “extraordinary powers” to absorb and store carbon, which helps “protect us from extreme weather and flooding”.

World leaders are preparing to meet at the Cop26 environmental conference in Glasgow to see if they can agree on how they can meet their pledges made as part of the Paris Agreement in 2015.

In the film, Sir David says: “Nature has been there for us when we needed it the most, yet we have allowed our natural world and climate to reach breaking point, with almost half of our UK wildlife in decline and some of our best-loved species at risk of extinction.

“As the climate emergency intensifies, the threat to life on earth becomes ever greater. But we have the choice of a better – and wilder – future. A future where wildlife thrives alongside people. A future where nature helps us in the fight against climate change.

“We know that we need to stop burning fossil fuels, but we must also recognise the role of nature in helping us turn the tide.

“We must bring wildlife and wild places back on an ambitious scale, in turn creating new livelihoods and protecting the planet for future generations. Our lives depend on it.”

Sir David said that quick action must be taken to help “nature recover”.

He added: “For decades, The Wildlife Trusts have been leading the way to put nature into recovery; bringing back precious saltmarsh and peatlands; and reintroducing beavers, our natural water engineers.

“It’s not too late to win the fight against the climate and nature crisis. Given the chance, nature can recover in the most remarkable ways.

“But we need to act quickly. The time is now to create a wilder future.”

Craig Bennett, the chief executive of The Wildlife Trusts, pointed to the organisation’s research findings – published before chancellor Rishi Sunak’s spending review earlier this week – that showed government needs to spend £1.2bn extra every year to halt the decline of wildlife.

They added that an estimated extra spend of £5.5bn over 3 years on greater access to improved nature would provide £200bn in healthcare benefits, deliver around 40,000 jobs, and help in levelling up by providing 3,500 deprived communities across the UK with access to green spaces.

Mr Bennett said: “Our society faces a huge challenge with the inextricably linked climate and nature crisis, and so we must invest far more in wilder landscapes to store carbon and protect ourselves and wildlife from extreme weather conditions.

“New research shows that the government needs to commit at least £1.2bn extra each year in nature – to deliver vital health, wellbeing and economic benefits post-pandemic, limit and mitigate the impact of extreme weather, and restore our treasured wildlife.

“It’s not too late to repair habitats on a grand scale to store carbon and help nature recover – but we need to act now.”

Here are some more COP26 articles and news:

Here is more climate and weather news from Tuesday: